Exploring the Danish Capital, Copenhagen – Things to Do & Travel Guide

Popular for its laid-back lifestyle, Copenhagen is a popular destination for youth and it’s a bit of an underrated destination. Though the city itself is relatively new at 1000 years old (yes, new) it became the Danish capital in 1443 and now houses some of the best museums and lifestyles I’ve been to.

The History of Copenhagen

Copenhagen has one of the least expansive histories of any of the places I’ve visited in Europe. (No hate – I just gravitate towards places rich with medieval history.) It was a small fishing village until around the 11th and 13th centuries, when it became a walled town. It became the capital of Denmark in 1445. The 16th century was when Copenhagen really started to flourish because of its great location for trade in Scandinavia. Even though it’s new, Copenhagen has a lot of old charm and feels like a Renaissance or Baroque city. It’s also very modern and one of Europe’s liveliest cities.

Things to Do in Copenhagen

Be sure to get a Copenhagen Card before heading to the museums as you can save a tonne of money by doing so! 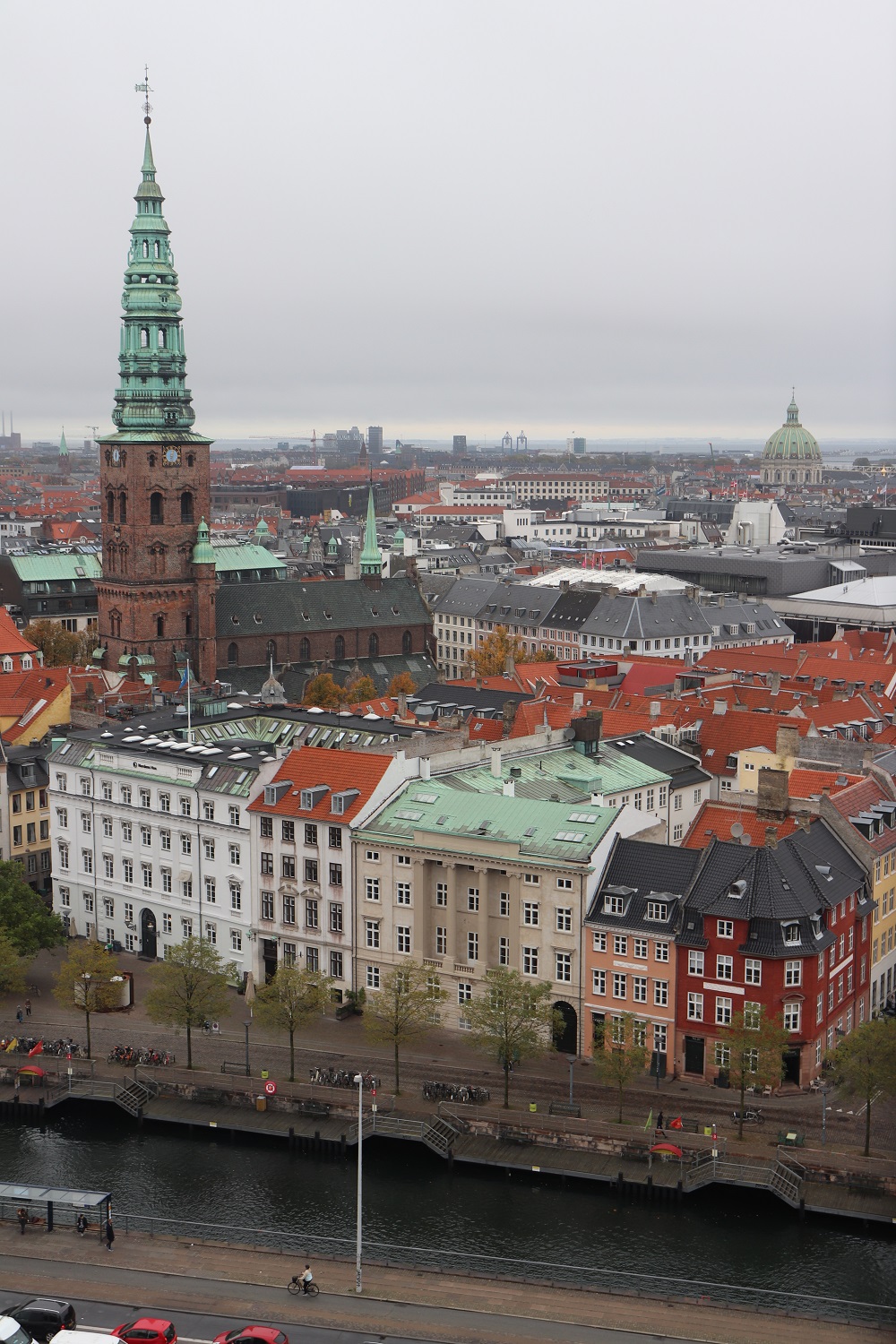 Like any other city, Copenhagen is home to several fine museums including a natural history museum and a gorgeous botanical garden. However my favourite was the National Museum of Denmark because it has a fantastic collection that shows visitors what Denmark is all about, and quite honestly, I didn’t know much about the country before visiting. I highly recommend it. You can also visit some offbeat museums such as the Workers Museum or the Danish Jewish Museum. 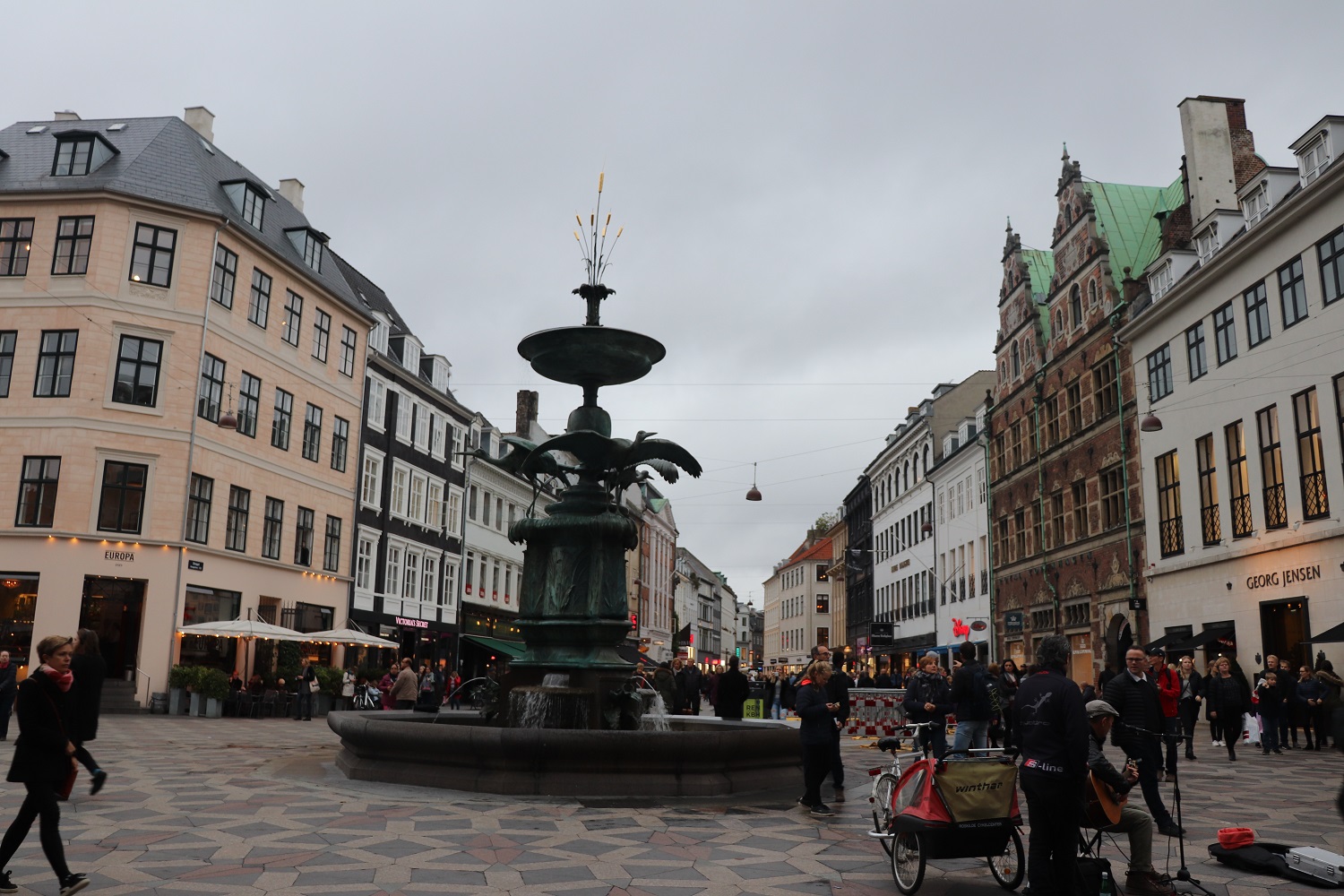 To be honest, Copenhagen isn’t huge on popular or “fine” art works but does have a Glyptoteket, the Hirschsprung Collection and also a Design Museum. Local art can be seen all around the city. There was even an installation done by Yoko Ono when I visited. 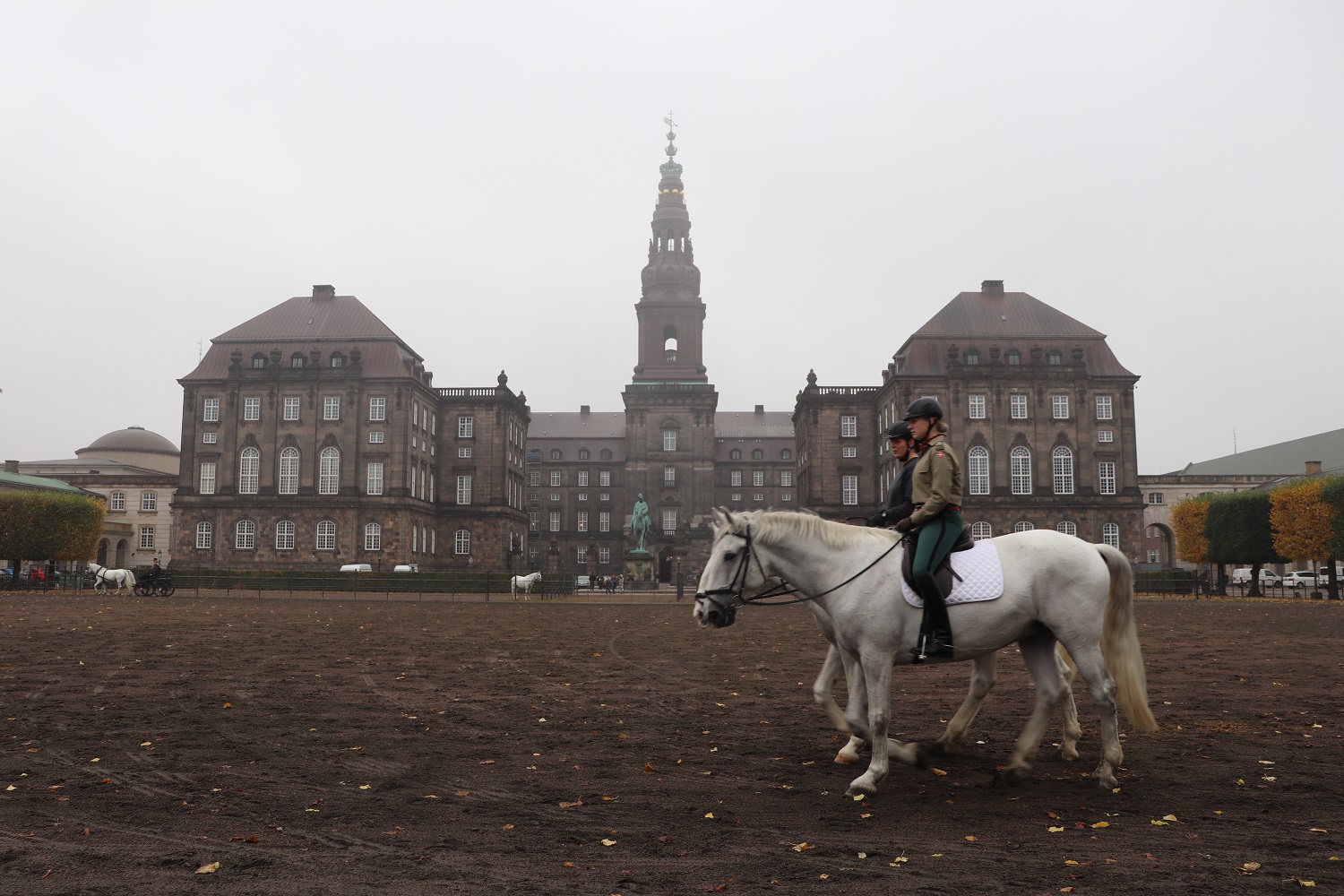 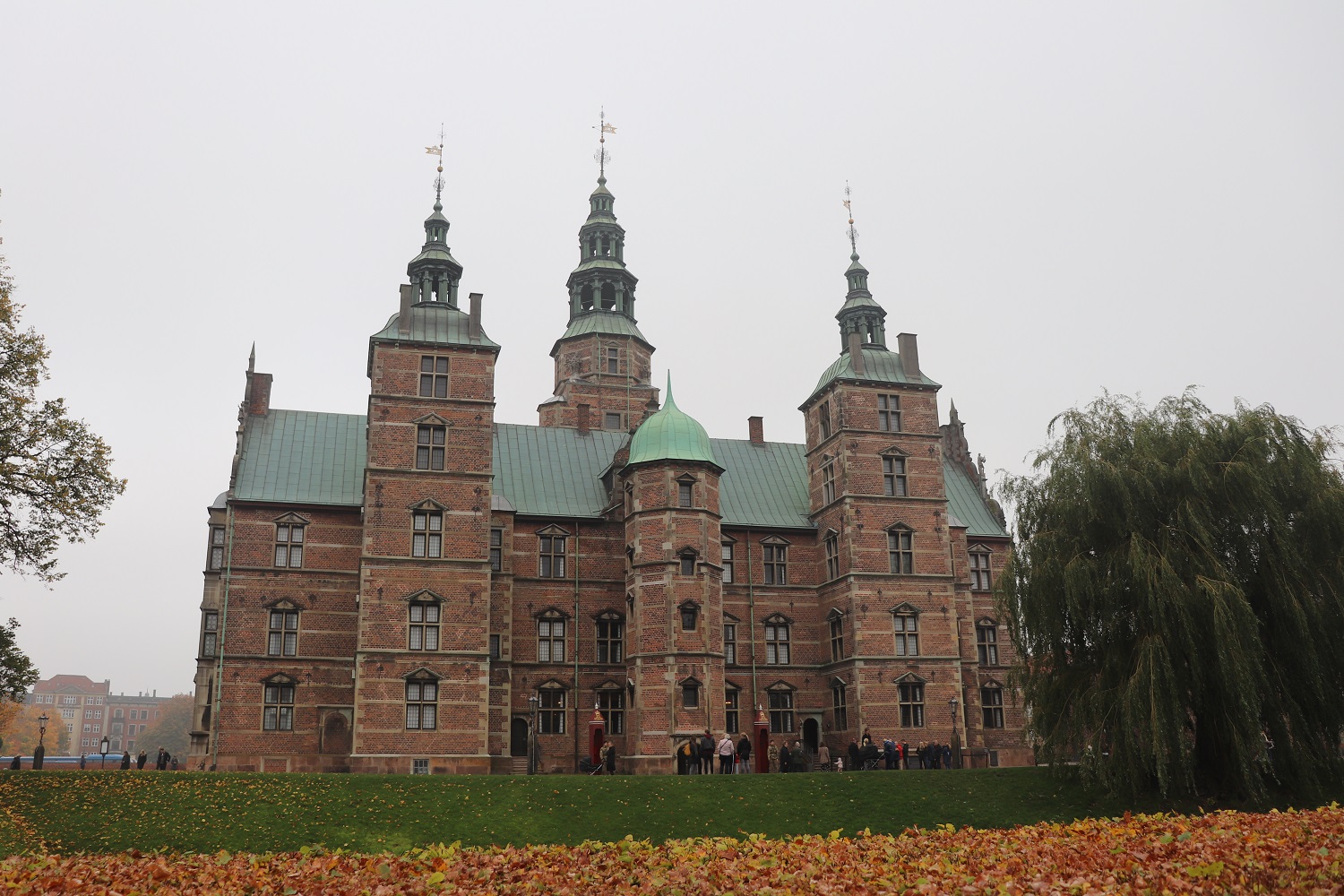 As the capital of Denmark, Copenhagen is also home to several royal residences, which I’ve written more about. Christiansborg Palace is an absolute must-see, with gorgeous interiors and fantastic views of the city. Their library is still one of my absolute favorites. A huge bonus to seeing the Palace is that the tower has an elevator to the top, so you don’t need to exhaust yourself climbing hundreds of stairs! It also has an arsenal museum on site if you’re into military history. My favourite place in Copenhagen is Rosenborg Slot, a beautiful Renaissance castle. Note that your tickets are timed to enter the castle, and you can go beneath afterwards or beforehand to see a royal collection of jewels. Amalienborg Palace is the current residence of the Danish royal family. You can visit some rooms inside which are nice but they pale in comparison to the Palace and the Castle. If you have only a day in Copenhagen I’d recommend putting Rosenborg Castle, Christiansborg Palace and the National Museum of Denmark on your list before anything else. Even though Frederiksberg is technically its own city, it’s located geographically in Copenhagen and has its own palace which is worth a visit. 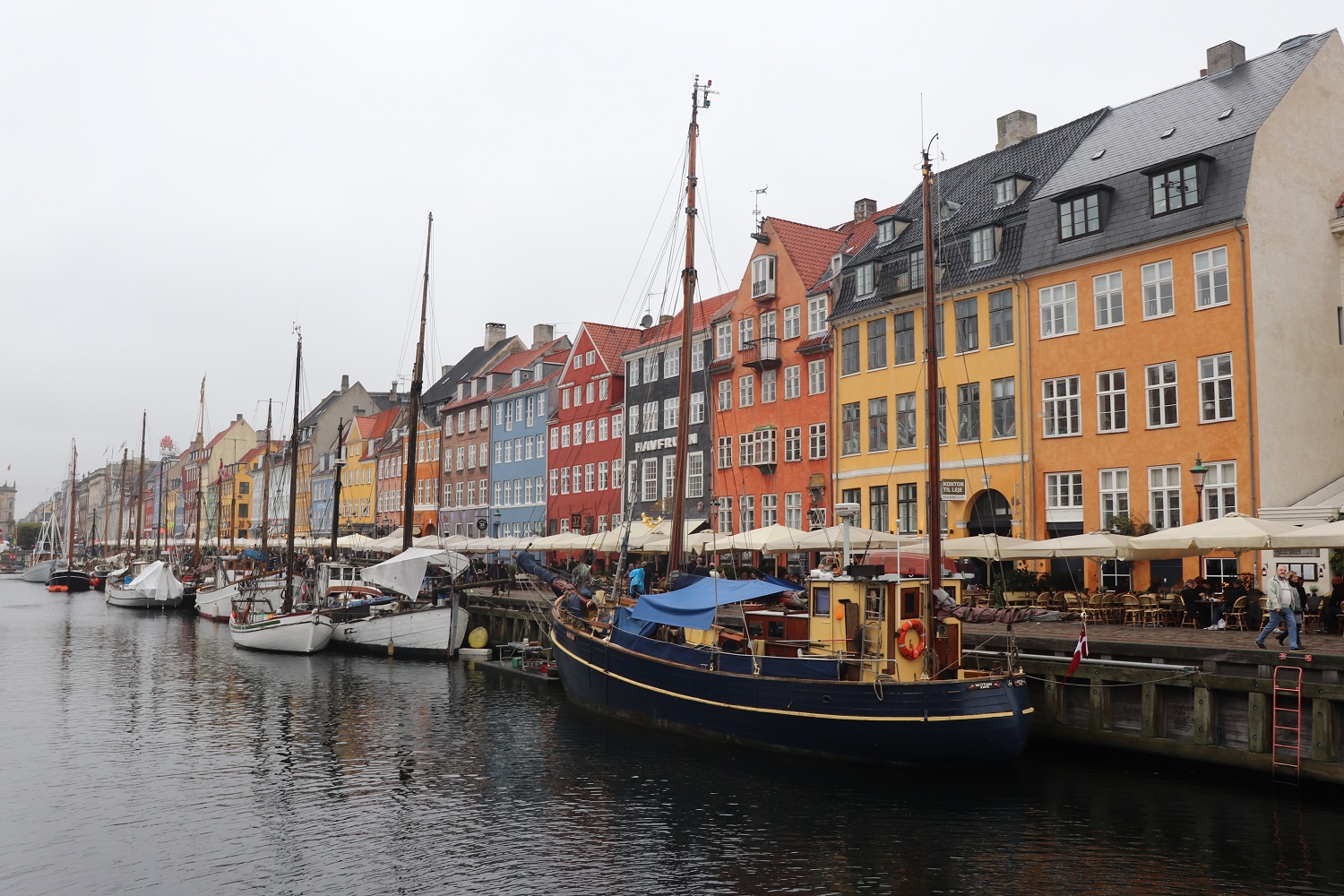 I strongly recommend taking a boat tour to see the city as many locals have a boat, live on a boat, or work on a boat. It’s a huge port city so to see it from the water is to see it as many others do.

The most famous part of Copenhagen is Nyhavn, the area with the coloured houses along boat-filled canals.
It’s quite a small area but is still picturesque. Another iconic place to visit is Christiania/Freetown Christiania because it’s a huge part of Danish modern culture. Note that photography is forbidden in certain areas but even if you don’t smoke the leaf, there’s a tonne of different art you can enjoy, especially street art. Stop in the famous food court Copenhagen Street Food for some food from around the world, or just walk around the area to find some good eats. Copenhagen has a tonne of food dives to check out, including several vegan and vegetarian restaurants. Be sure to try out their local specialty smørrebrød (don’t ask me to pronounce that) whether it’s with meat or not. 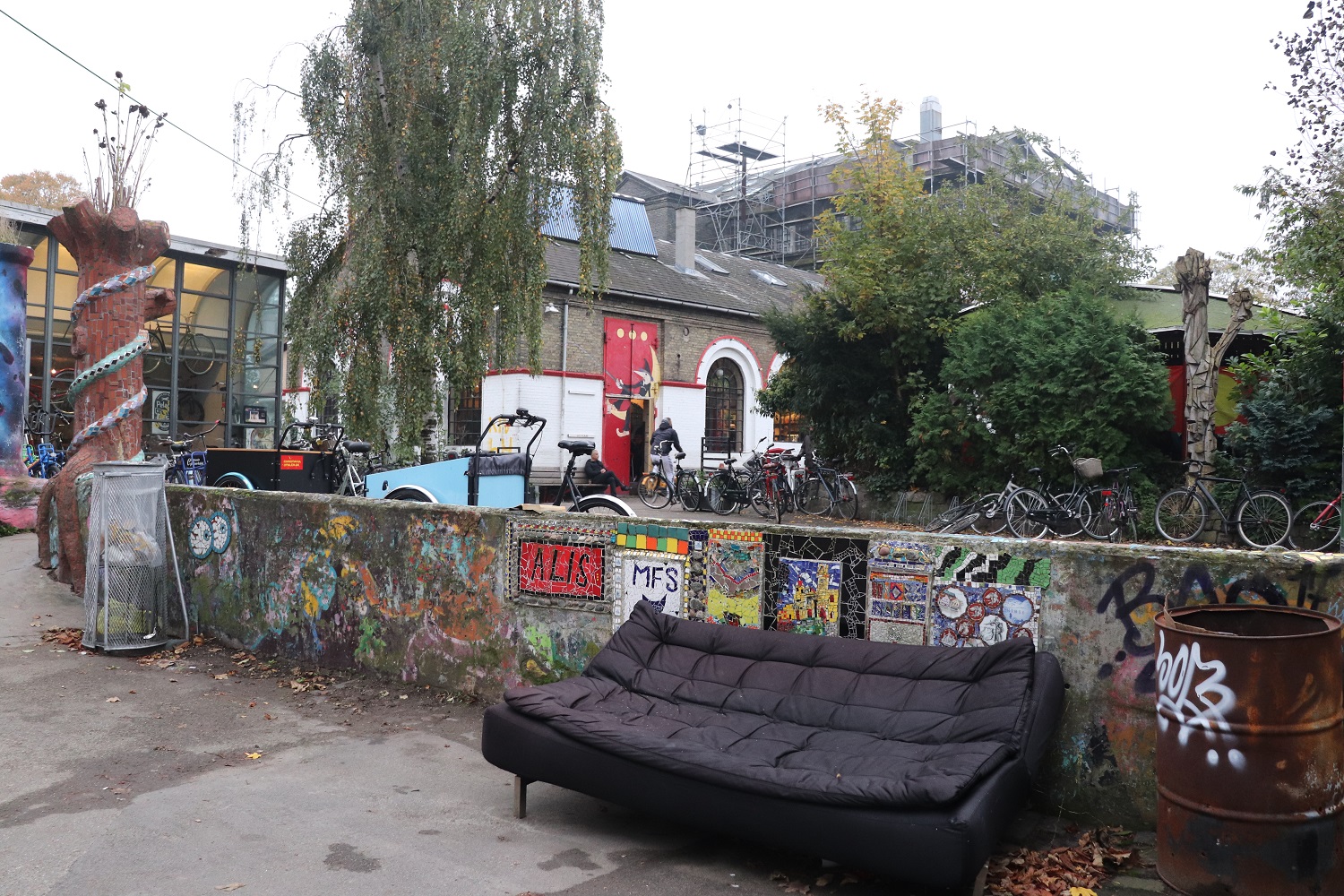 If taking a picture of the “black diamond” isn’t enough, go inside the Skuespilhuset (theatre) to see a show. If being outdoors is more your thing, head over to the Kastellet former military fortress, which is a actually a relaxing place to ride a bike, take a walk, have a picnic or even see a show. It is also in this area that you can see The Little Mermaid statue. 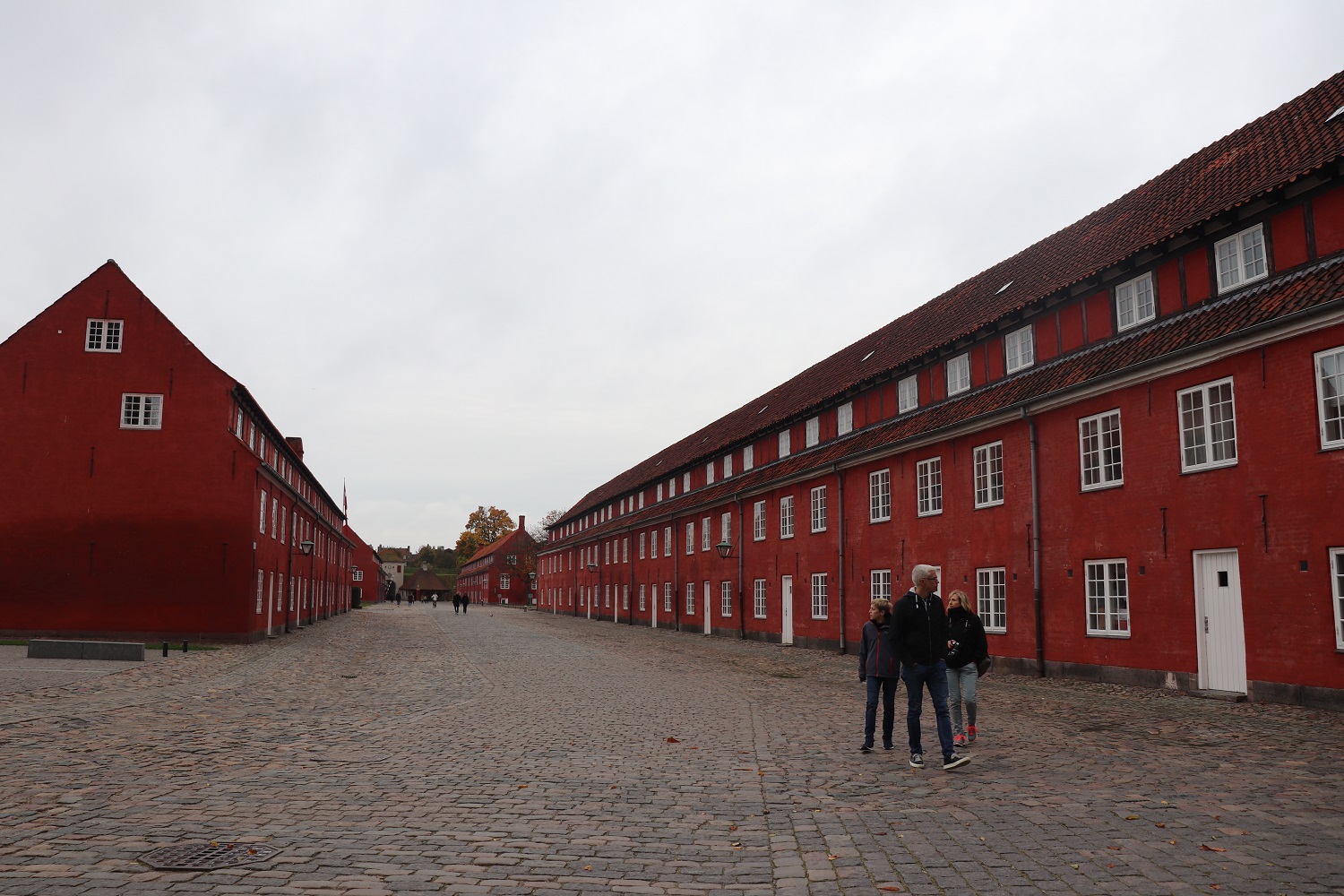 For another good view, you can go to the top of Rundetaarn (round tower) or the Church of our Saviour – the Rundetaarn is a popular destination and there’s no real heavy climbing but the Church requires a bit of knee grease to reach the top. Since Christiansborg Palace has an elevator I’d definitely recommend that over these options.

Alright, now it’s time to examine the word that describes the Danish way of life – hygge. According to Hygge House, it’s “a Danish word used when acknowledging a feeling or moment, whether alone or with friends, at home or out, ordinary or extraordinary as cosy, charming or special.” So was Copenhagen cosy, charming and special? 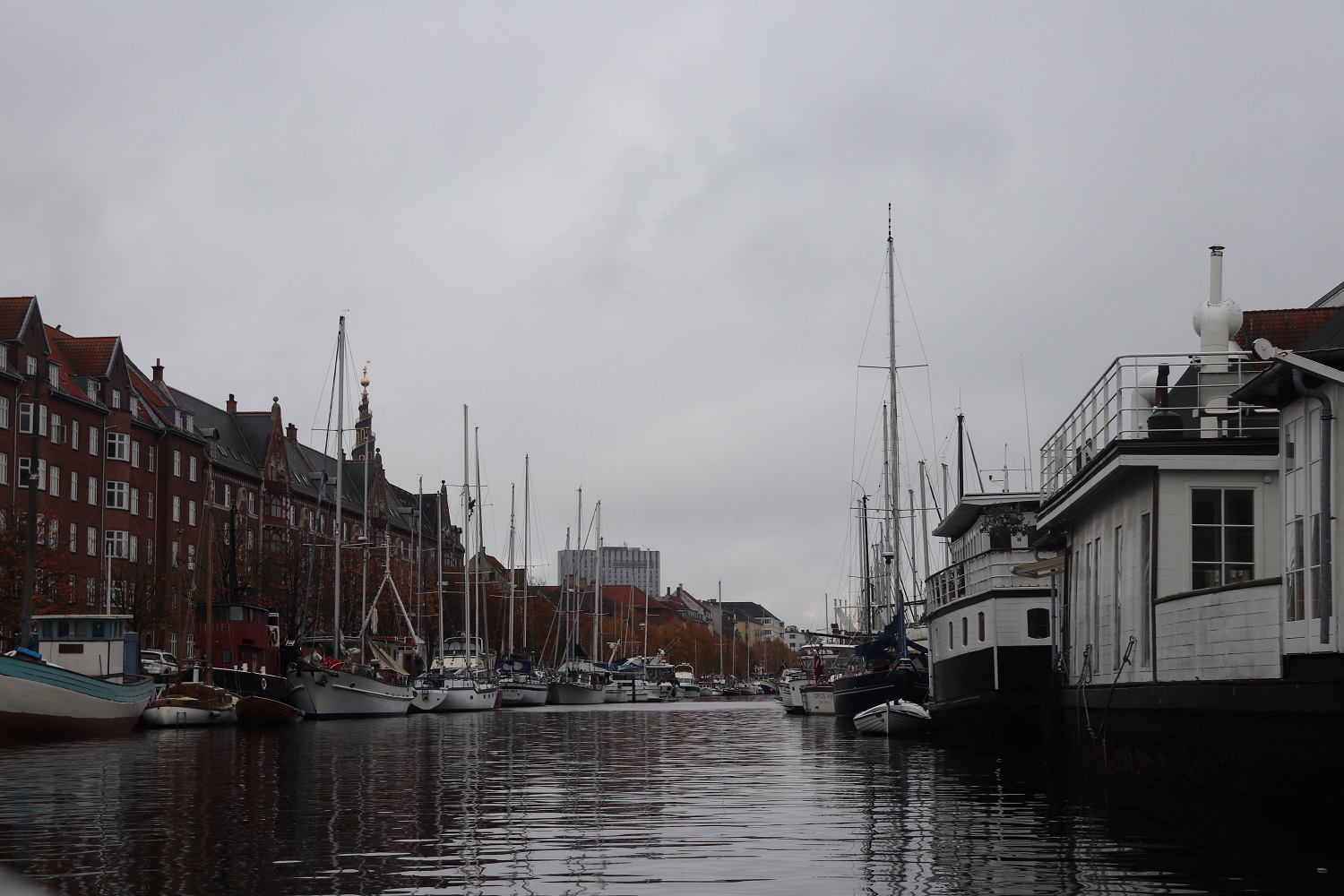 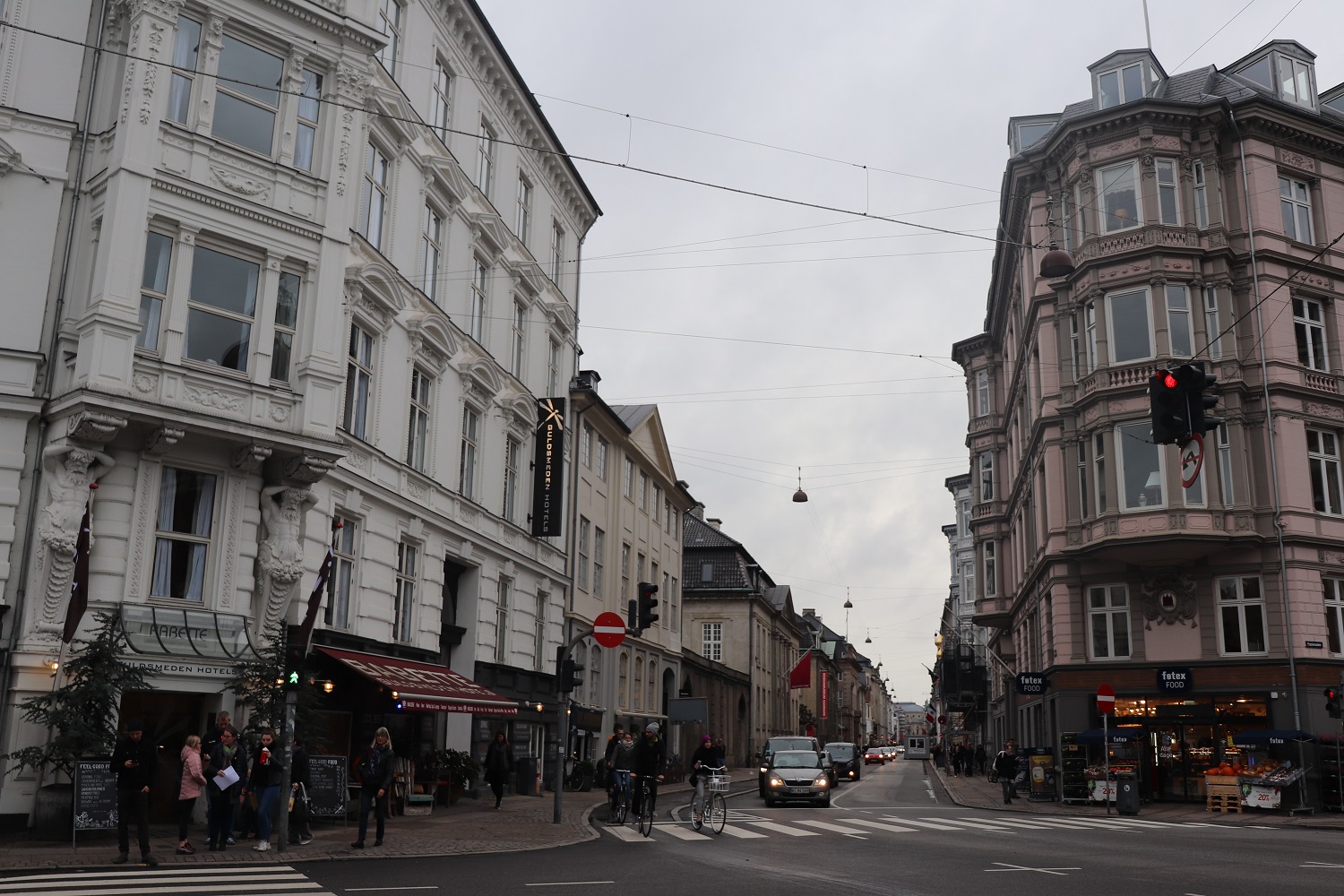 Copenhagen is definitely a very laid-back city that is huge on nightlife. So for me, Copenhagen wasn’t particularly my favourite place. But what I’ve learned about the cosy feeling, or hygge, in life is that it doesn’t come from a specific destination. It doesn’t always come from a city’s energies. It’s about the things that are happening with you and the people that surround you. The people I met in Copenhagen were the ones that made my trip so memorable. And it begs the question about whether or not it’s really fair to judge a city since personal experience and bias is so engrained in us and it can’t really be taken away. BUT I’m getting off topic and philosophical here./p>

So would I say that Copenhagen gave me hygge? Not really. I’m not into modern art or nightlife so it just didn’t really make me feel cosy. However the people there are very friendly and nice, and this is my opinion alone. Copenhagen has a lot to offer and charms a lot of people, and I’d gladly go back.

Have you ever been to Copenhagen? Did you experience hygge? 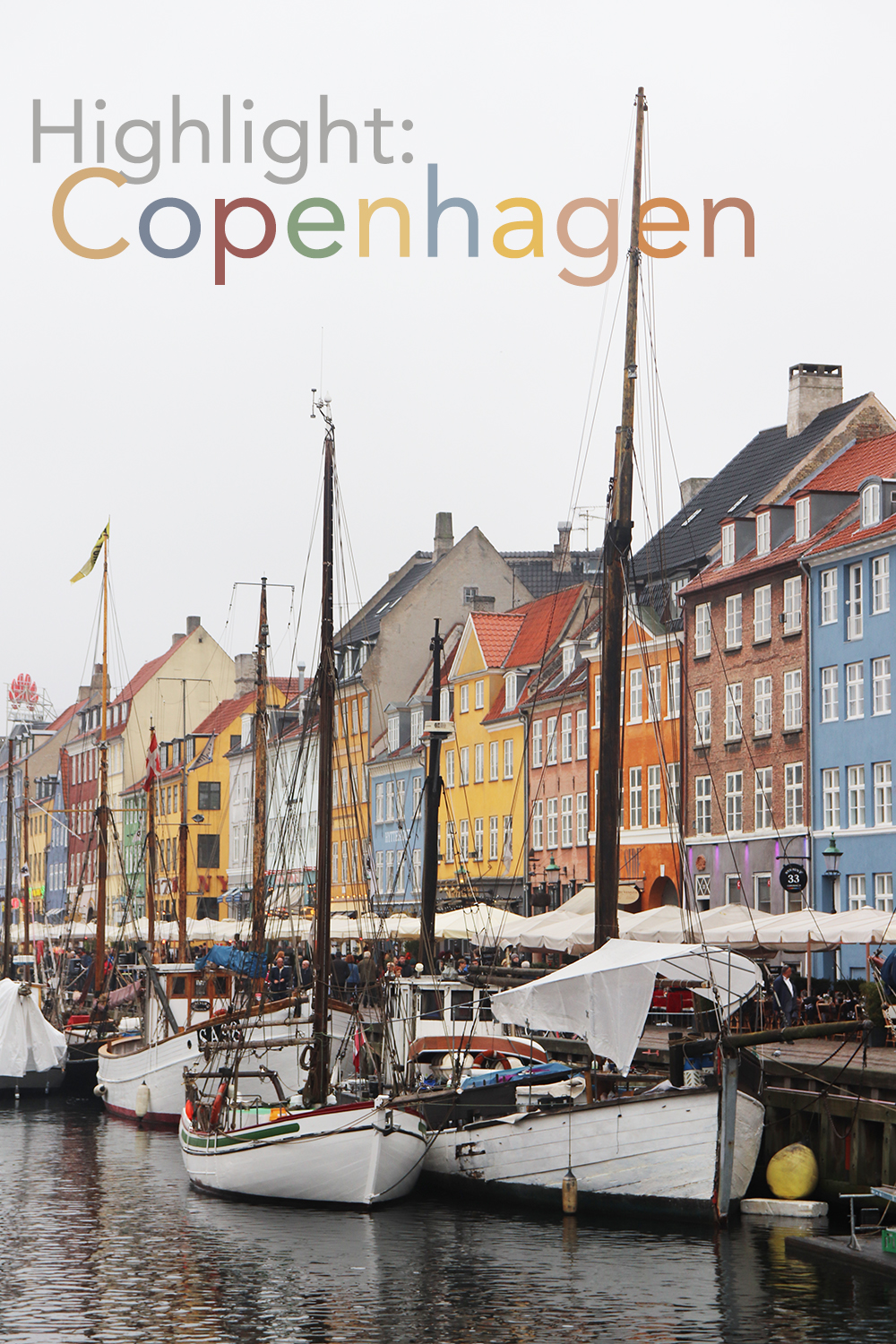