I guess it’s just human curiosity that propels us to buy DNA tests that tell us where are ancestors are from. After thinking about it for years (because they’re so pricey), I actually decided to brave the cost and get some DNA tests! There’s a saying that goes along the lines of, “the truth is in between both sides” – so that’s why I got 3 DNA tests instead of one.

According to my family, what am I? I have a professional historian for a father and my mother’s family is fairly into history too, so we have a lot of family records and stories. We can trace our family history back generations and centuries, which is the cool part. The not cool part? My family has lived in Pennsylvania for a very, very, very long time. From before the revolutionary war until my dad moved out and raised me one state over, my family has been in Pennsylvania. My mother’s family is the same way, but with different states in the South.

We have stories of when my ancestors came to the USA, but they’re really just stories. A lot of times, they don’t make sense chronologically, or my great-grandma who was born in Poland was apparently also born in Mississippi – so I can’t really take what my family says to gospel. No names, no hometowns, no reasons for immigrating. Moreover, nothing about their ancestry. But these stories have told me I have ancestors coming from Scotland, England, Wales, Ireland, Sweden, Germany, Poland, Austria, Switzerland, and Hungary. And at some point of time, my family was Jewish. So when I purchased my DNA tests, I was hoping for something a bit more concrete than my elders could give me.

(Just FYI – Ancestry.com is not a good resource for finding your heritage since anyone can access it and post their own incorrect family trees. Always rely on records alone.)

A little about genetic testing: Each test has its own breakdown of how it reaches its results, but the general idea is that certain genetic markers – which usually appear as traits – can be associated with living in a specific area. Someone living in that area may (or may not) pick up that genetic marker. So just because you have an ancestor from Italy doesn’t mean you’ll necessarily have an Italian genetic marker. Additionally, as your biological siblings and parents have different genetic markers, they may have a different DNA heritage than you – even though you obviously have the same exact heritage as your siblings. DNA tests aren’t definitive answers of where each of your ancestors is from, but markers of where your genetic code originates. 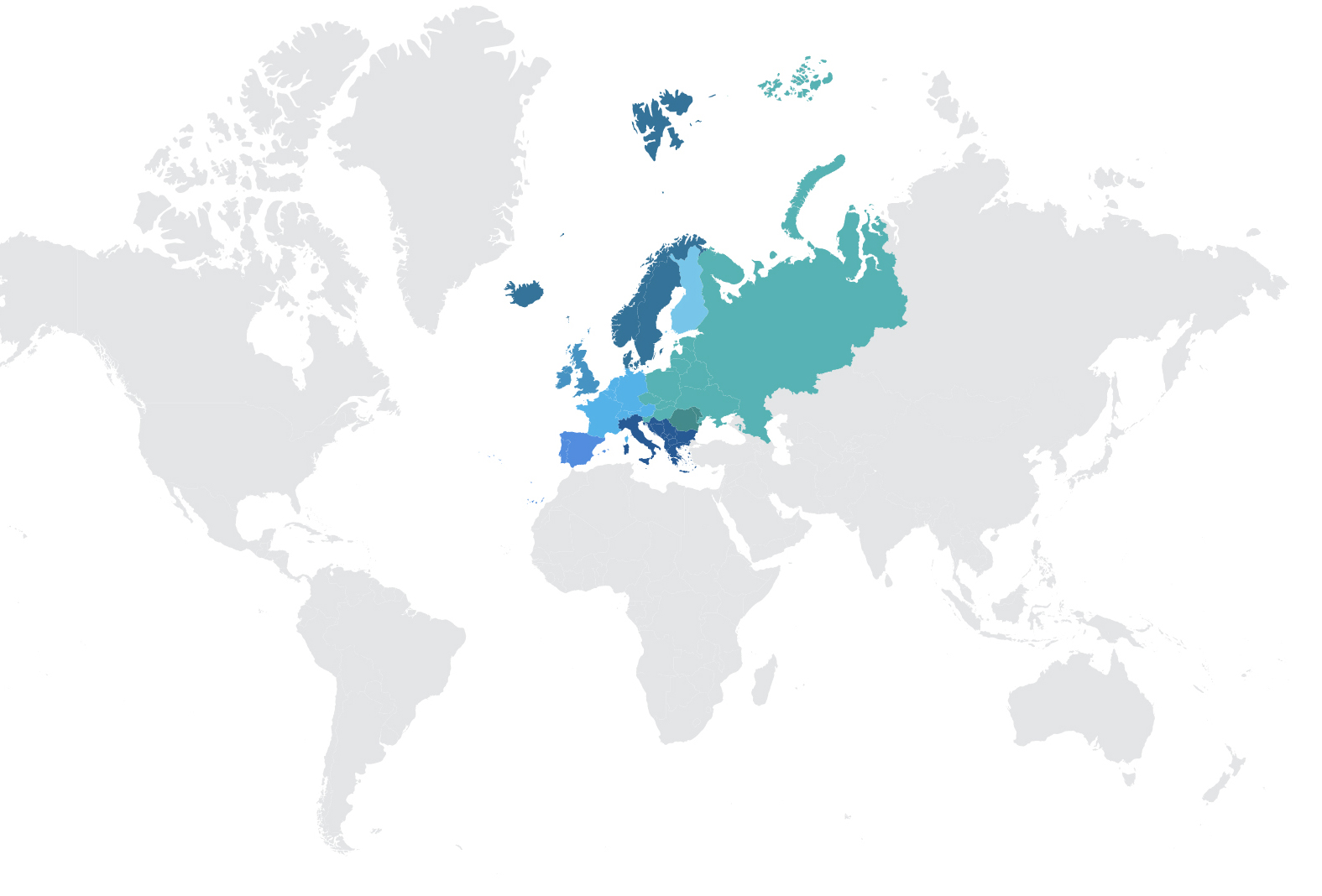 If I remember correctly, 23andMe actually had the fastest turnaround time, and it also has an optional health report you can opt into (though I chose not to). I was very surprised to get western African heritage (though my grandma got some with her Ancestry.com DNA test) but since my supposed African ancestors came into my bloodline at around 1800 (eep – not a good time), why is only .1% of my DNA African? Hmm. However the report also includes Material Haplogroups and Neanderthal ancestry, and I was surprised to find out I’m less Neanderthal than 71% of people who take the DNA test. If anyone is “Neanderthal,” I’d think it’d be me.

Ancestry DNA changes the estimates based on new data. Mine has been updated twice. The number in parenthesis () is the first estimate, the brackets [] is the second estimate. 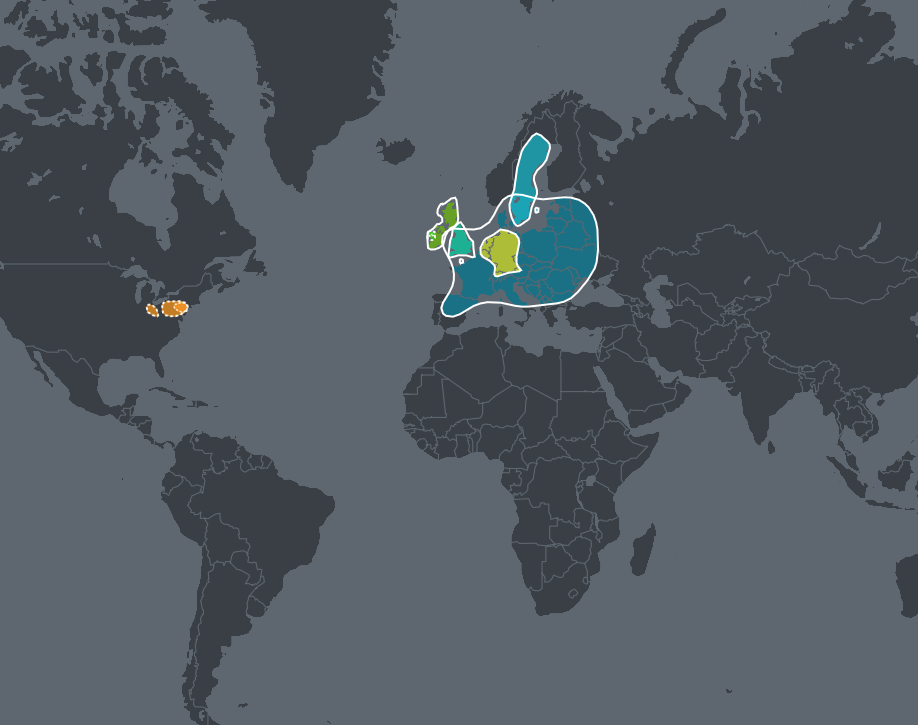 Ancestry DNA is probably the most popular DNA test out there, but let me be blunt: <1% went to 38%? Also, isn’t England, Wales and Northwestern Europe really huge? Ancestry also provides a traits section of their website, which says I have dark hair and medium-tone skin. LOL. I’m a pale blonde. Plus they thought my grandma was my first cousin. I hope they don’t do forensics for criminal investigations because this was a mess.

Areas tested in Ancestry DNA: They have over 350 regions to test, so click here to see the list. 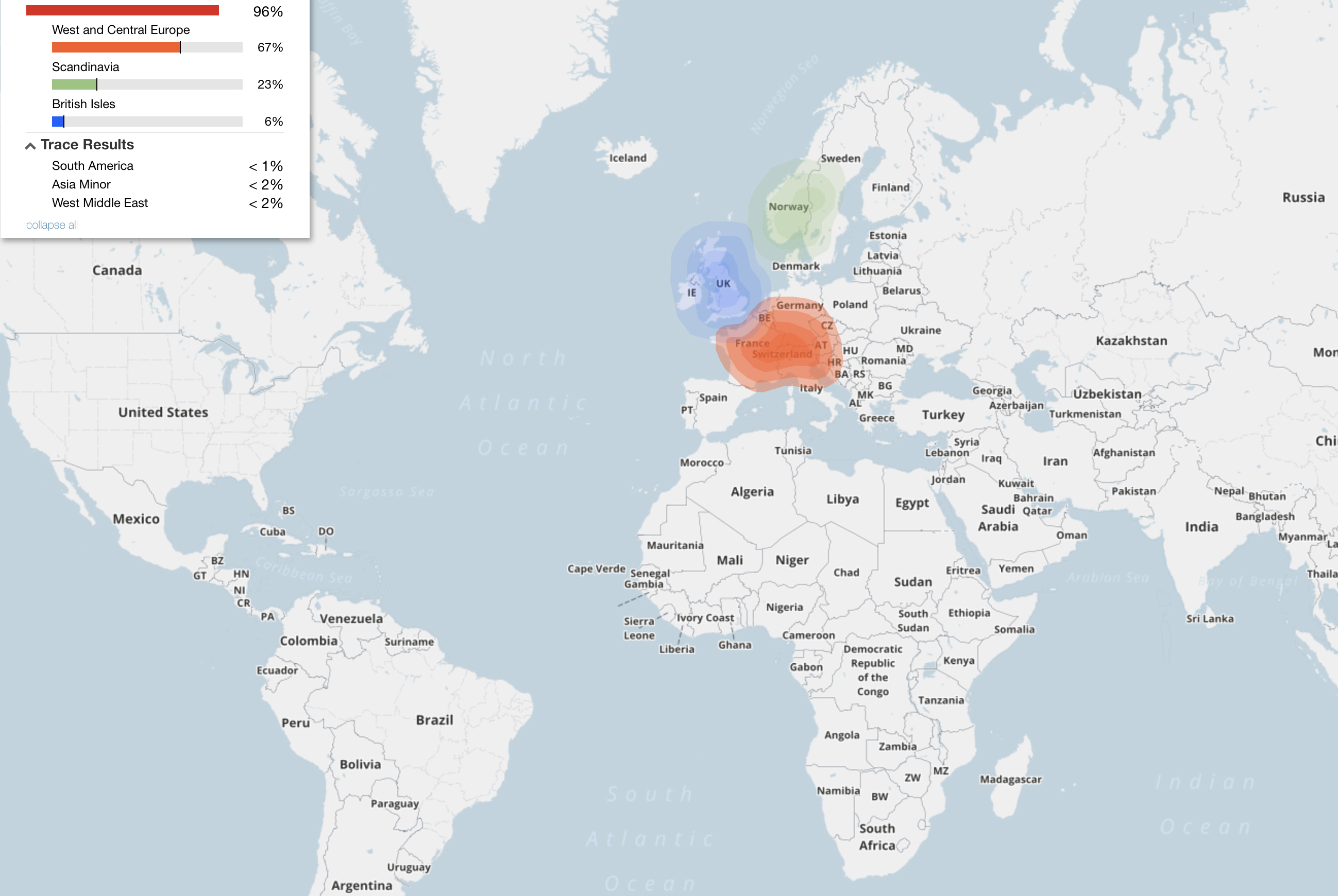 Probably the least known of the three tests is Family Tree DNA, but they also don’t have in-depth information about origins as the other two do, so it’s easy to see why. It’s nice that the other two said things like “Your ancestors most likely came from Switzerland” and “Your ancestors migrated to Pennsylvania,” but FTDNA doesn’t say anything like that. However it was fascinating to see some unexpected results like South America and Asia Minor. But then, of course… is it accurate?

They also have a cool “Ancient Origins” section of the website but my map looks exactly like the sample map so I’m not completely sure I trust it.

I’m going to be completely blunt: the whole ancestry heritage thing is probably a bunch of BS just because of the nature of the subject. Tracing DNA is a tricky science, if not impossible. It’s more interesting to get multiple tests done and see what’s similar between them, but would probably only benefit people who are uncertain of their ancestry or have mixed-origin ancestry. If you don’t want to have multiple tests, I’d recommend Ancestry or 23andMe, and wouldn’t recommend FTDNA.

Though it’s been fun seeing my results but now all I know is I’m of British Isle and Germanic ancestry, probably, which doesn’t include what was actually more important to me all along: my family stories (even if they are just stories). This DNA test journey has actually taught me that DNA doesn’t matter to me at all. I don’t know what my ancestors looked like; what they were like in personality; what they enjoyed and accomplished with their lives. I’d like to know, but some things sadly disappear with time. No genetic test can tell me any of that.

Unlike some people, I’m not close to my heritage at all and it has no place in my identity. I have a Jewish name. Growing up, my family made homemade pierogi and golabki like our Polish ancestors, and we put rocks on peoples’ graves despite not being Jewish. Polish ancestry is the closest I’ve had in my life but it didn’t come up on the DNA results. I thought maybe learning about my ancestral heritage would answer some questions, but it posed more, and then I just didn’t really care to answer those questions.

But at least now when people ask me what I am, I have three different maps to show them!

Have you ever gotten a DNA test done before? Do you identify with your heritage?

Guest Post: 7 Travel Tips for Europe That You Need to Know