Berlin is a huge city that has a tonne to offer. When I was researching for my trip, I was astounded by how many museums Berlin has, nevermind all the places to eat, hang out, and shop. So it was easy to compile a list of 51+ things to do in the German capital.

Note that many museums cost money – and a decent amount of money. I highly recommend looking into the Berlin Welcome Card and the Berlin Museum Pass, and calculate which one will give you the most savings. Be sure to read the inclusions and exclusions carefully!

I usually put a section here about the different areas in each city to see, but honestly Berlin is so spread out and aside from some places I mentioned above, I wasn’t able to grasp an area/neighbourhood in the amount of time I was there.

So that’s an exhaustive list of 51+ things to do in Berlin, Germany. How many have you done? 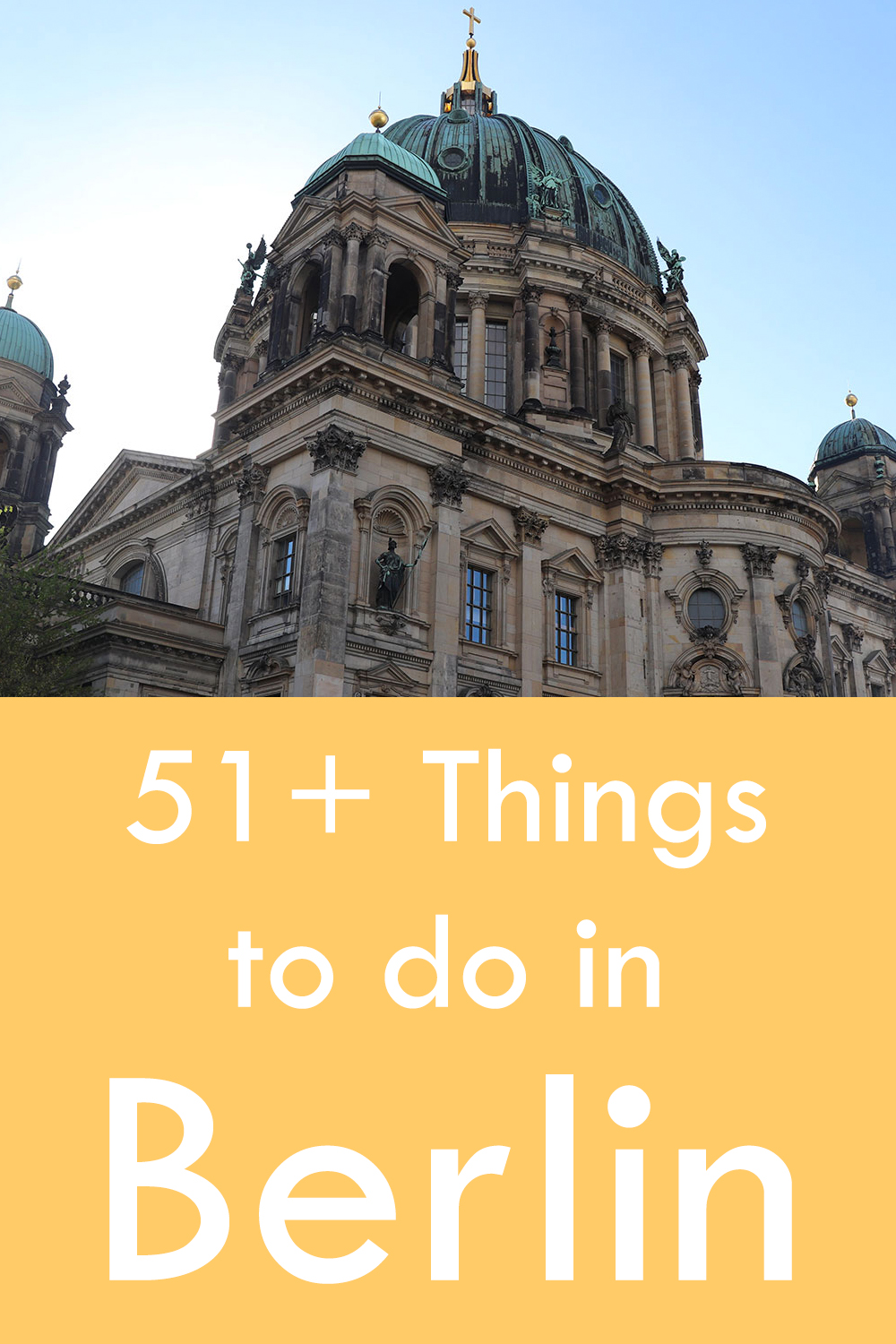 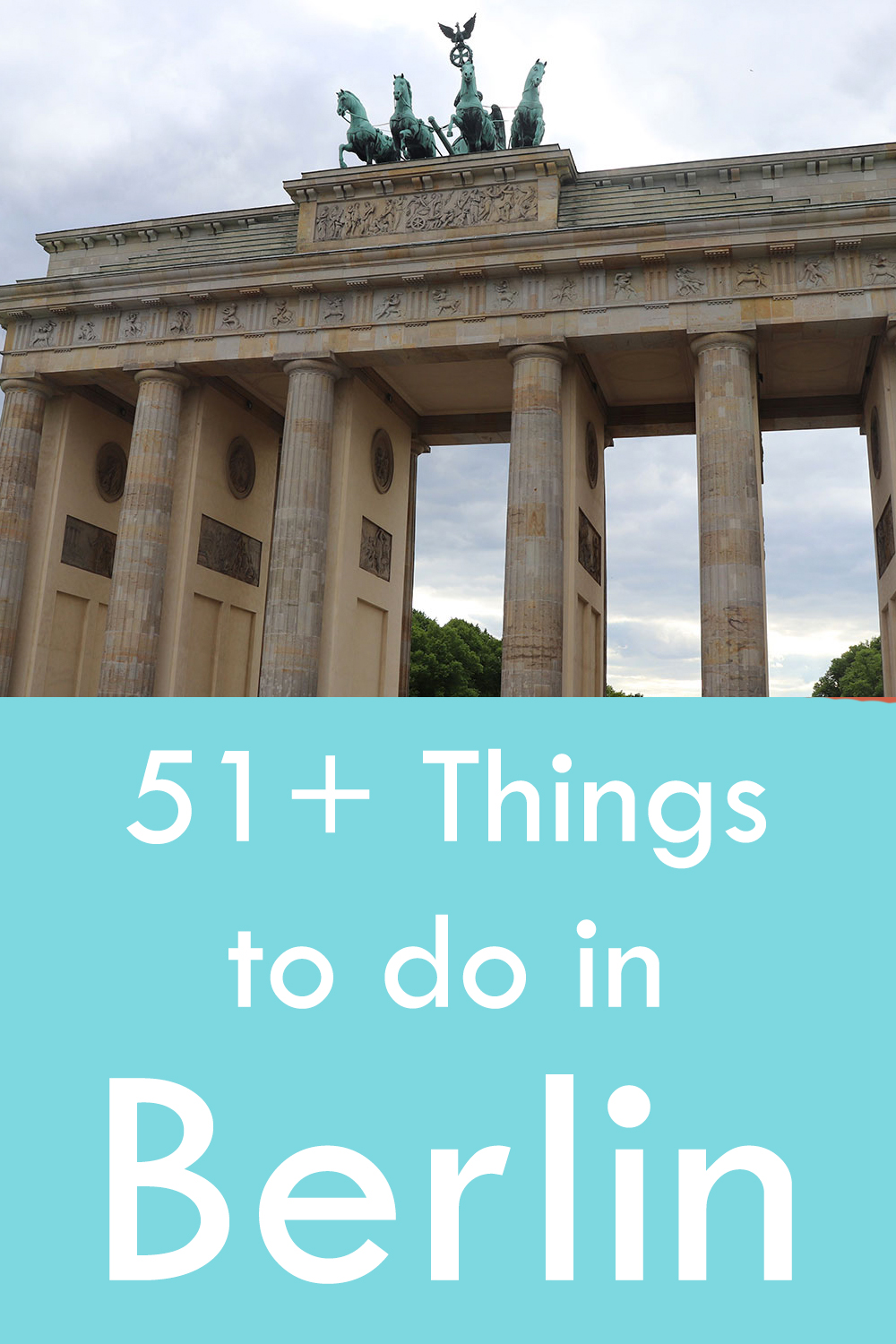 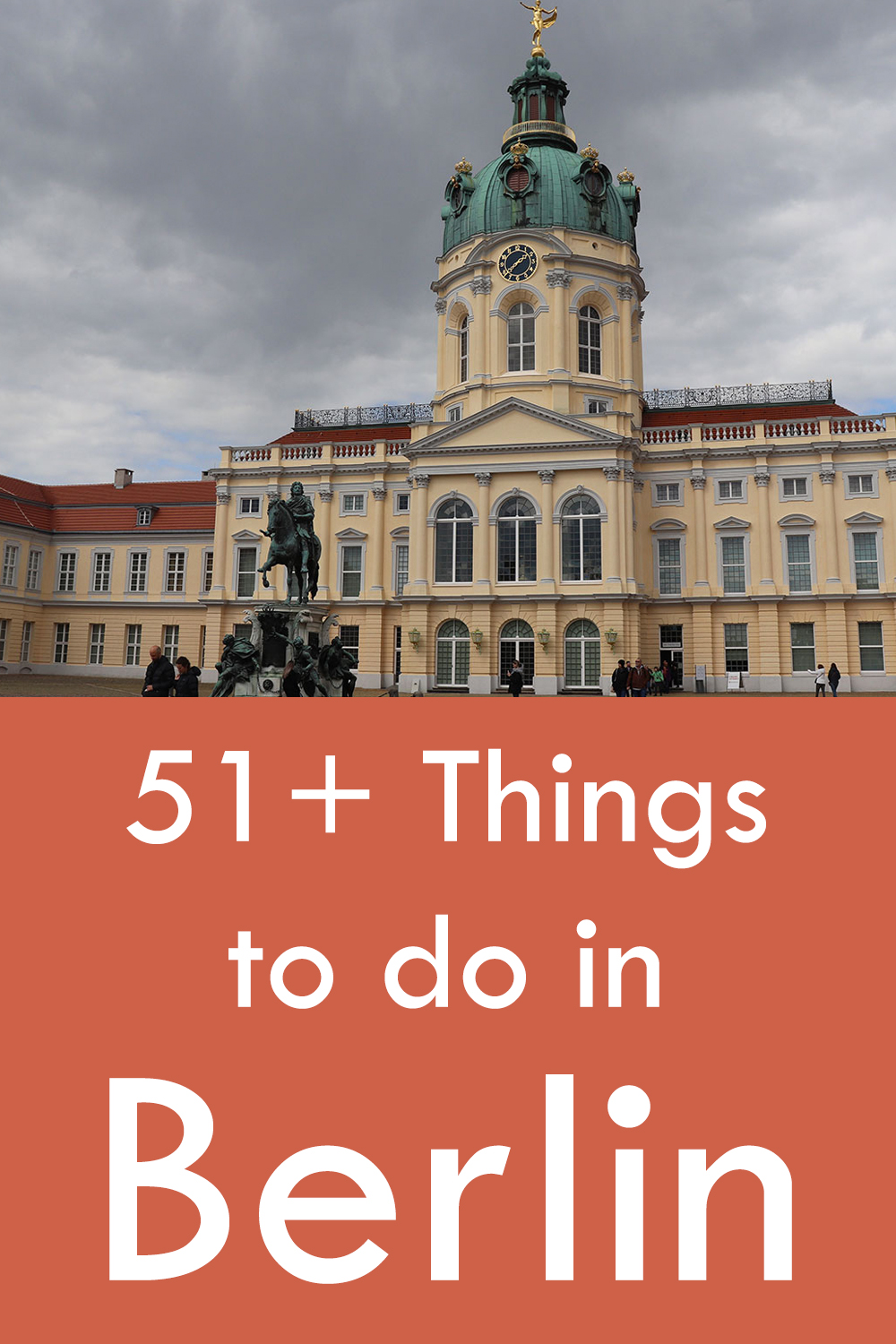