An overview of history: The site of New Orleans was explored by Native Americans and several colonists of France and Spain, but it was ultimately established as a town in 1718, called La Nouvelle-Orleans (if you’ve ever been to Orleans, France, this was the new version). It was developed around the Vieux Carré, or “Old Square” and the old part of town that grew. This is called the French Quarter in English. Though New Orleans is known for being a French city historically, a lot of its heritage comes from the Spanish, which ruled New Orleans from 1763 to 1800. The city was given back to the French but was shortly after sold to the U.S.A. in the Louisiana purchase and followed American history, including the confederacy, from there. A lot of New Orleans’ modern history is shaped by Hurricanes Betsy and Katrina, which both destroyed a lot of the city but proved that New Orleans has a strong community. It’s also known for its outlandish celebrations of Mardi Gras, which I explain more in-depth in another post. 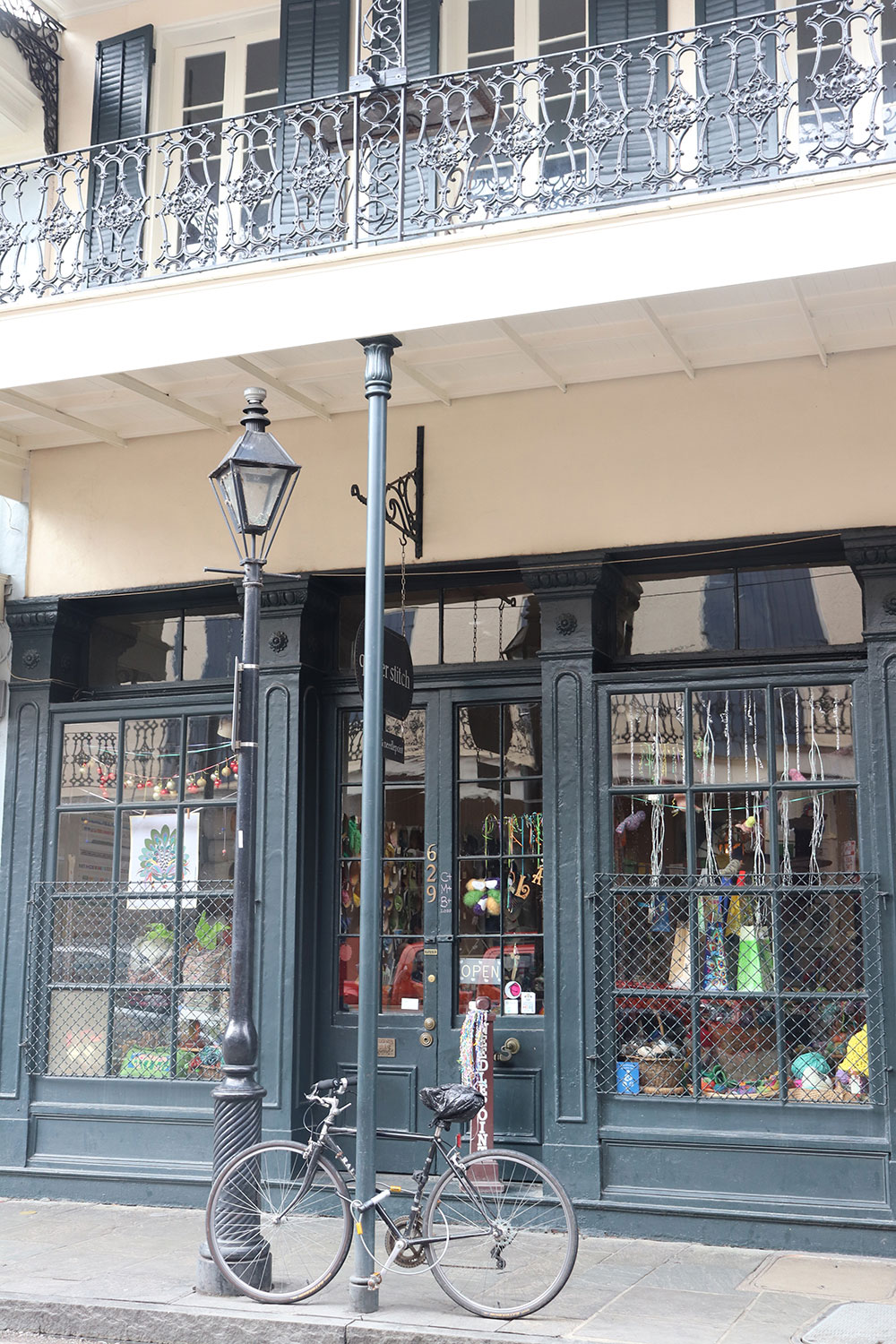 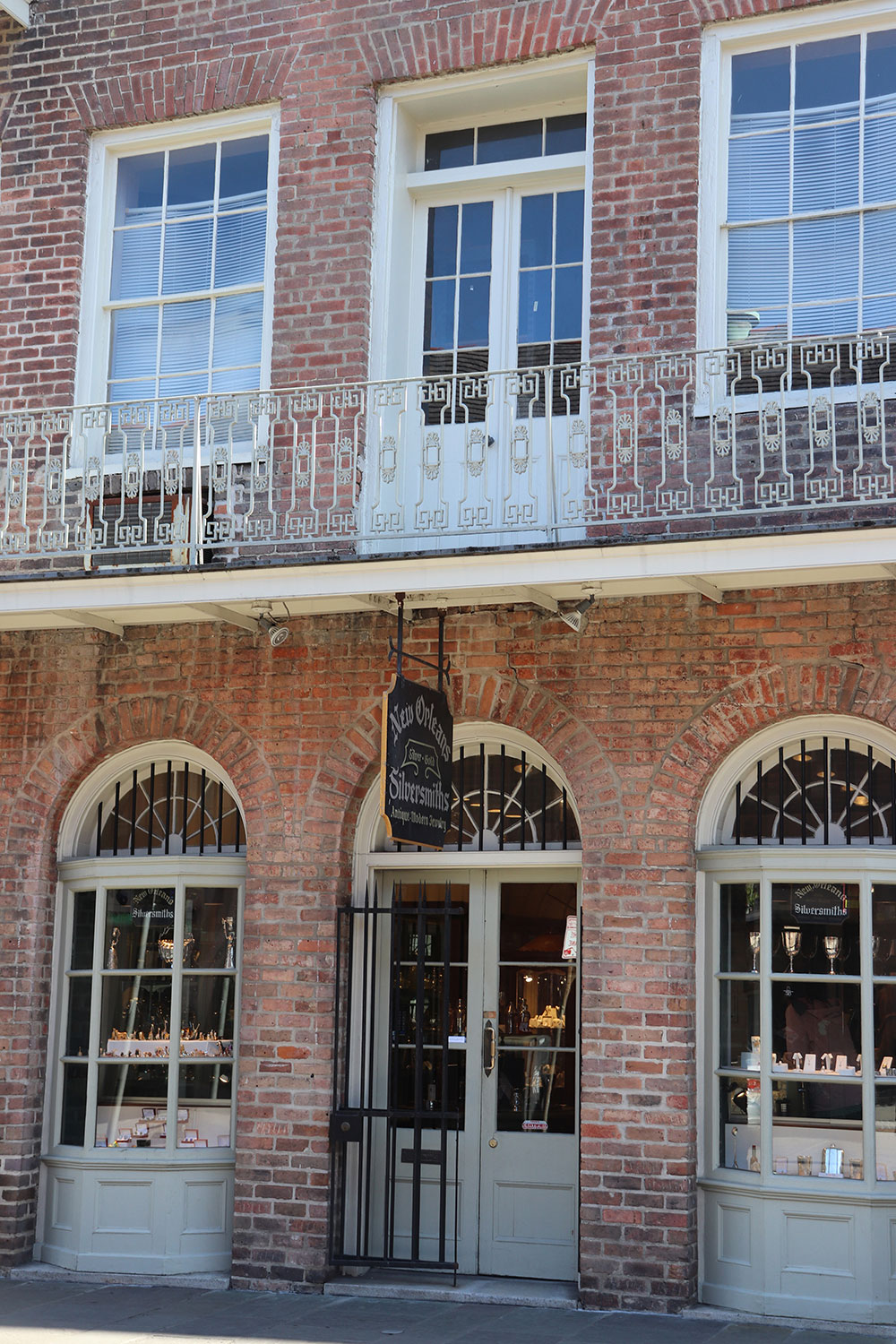 Many of the museums and shops are located in New Orleans’ French Quarter, which is the charming old town district that dates back centuries. I had no idea before going how extensive the quarter really is and had imagined something much smaller. You can spend hours going up and down the streets to see all the colourful buildings an their wrought-iron balconies. It reminded me a lot of old San Juan. 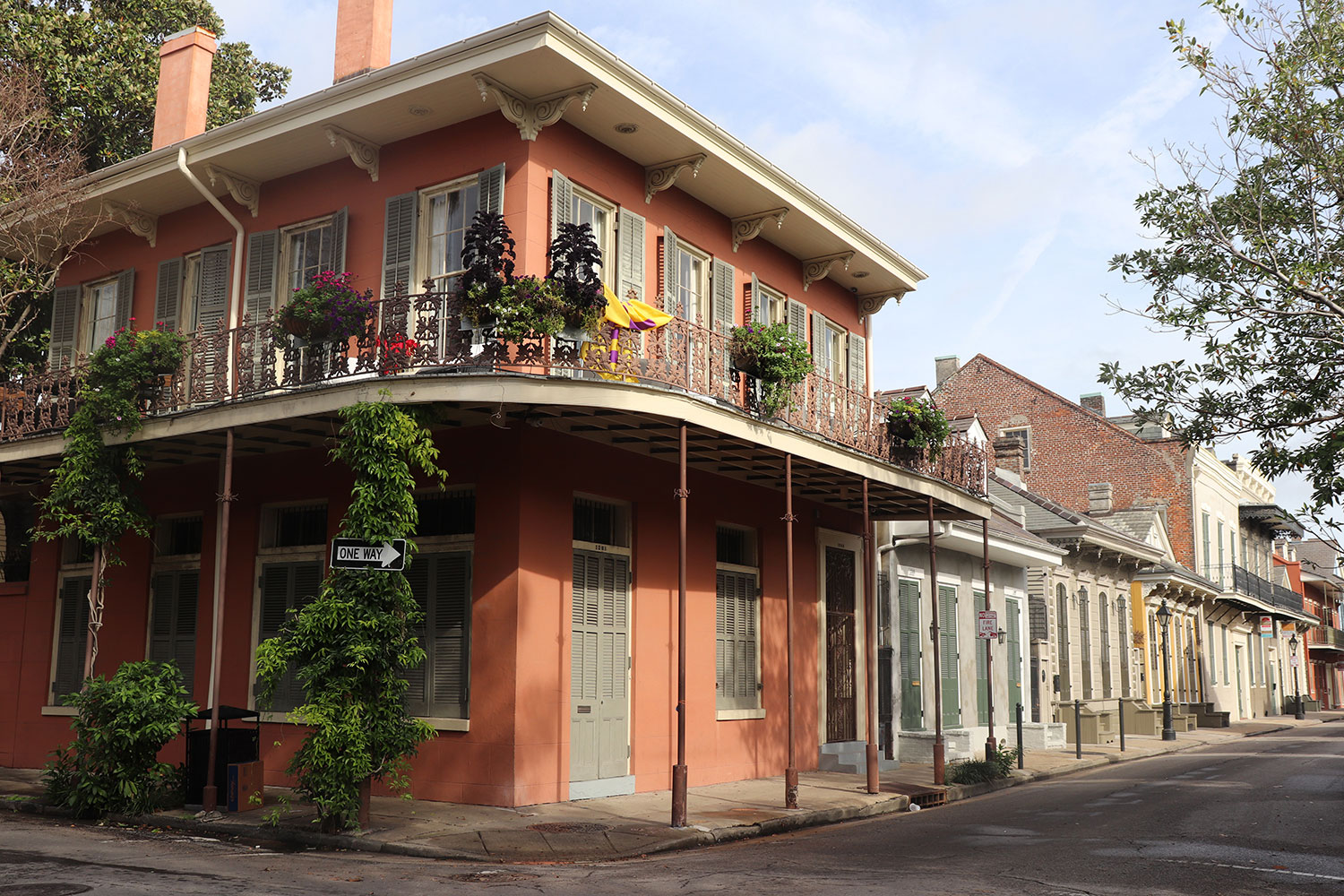 Some of the best museums for learning New Orleans’ history are the Cabildo, with an exhibit on New Orleans’ overall history, and the neighbouring Presbytère, which has exhibits on specific aspects of New Orleans such as Mardi Gras. Make sure to ask for a combined ticket to save a few dollars. These are both off of Jackson Square, the large square in New Orleans that’s known for St. Louis Cathedral. It’s free to pop in and see the cathedral’s rich interior. You can also see its sister in another part of town, the Old Ursuline Convent, but it’s less impressive. Also in Jackson Square is the 1850 House, an example of a house frozen in the year 1850. Another excellent museum for the history of New Orleans is the Historic New Orleans Collection, and even better is that it’s free! I highly recommend all three history museums if you have time – the Cabildo, Presbytère, and New Orleans Collection. For learning more specific things about New Orleans culture, there’s yet another selection of museums. Mardi Gras World is the most popular with its floats on display. However you can also head to the Mardi Gras Museum of Costumes and Culture, which has excellent artefacts and has great docent tours. It’s significantly cheaper at $12 too. The New Orleans Historic Voodoo Museum tells visitors about Voodoo in two rooms of artefacts and here you can also purchase entry to St. Louis Cemetery #1, where Marie Laveau was buried and Nicholas Cage will be buried. You cannot get into this cemetery on your own. New Orleans also has a Jazz Museum included in your Cabildo ticket but it has about 3 exhibits that focus on specific jazz artists and my friends and I didn’t think it was worth going to since we didn’t even know who those people were, and we didn’t learn anything about jazz. They do, however, have outdoor concerts, which are fun to attend. 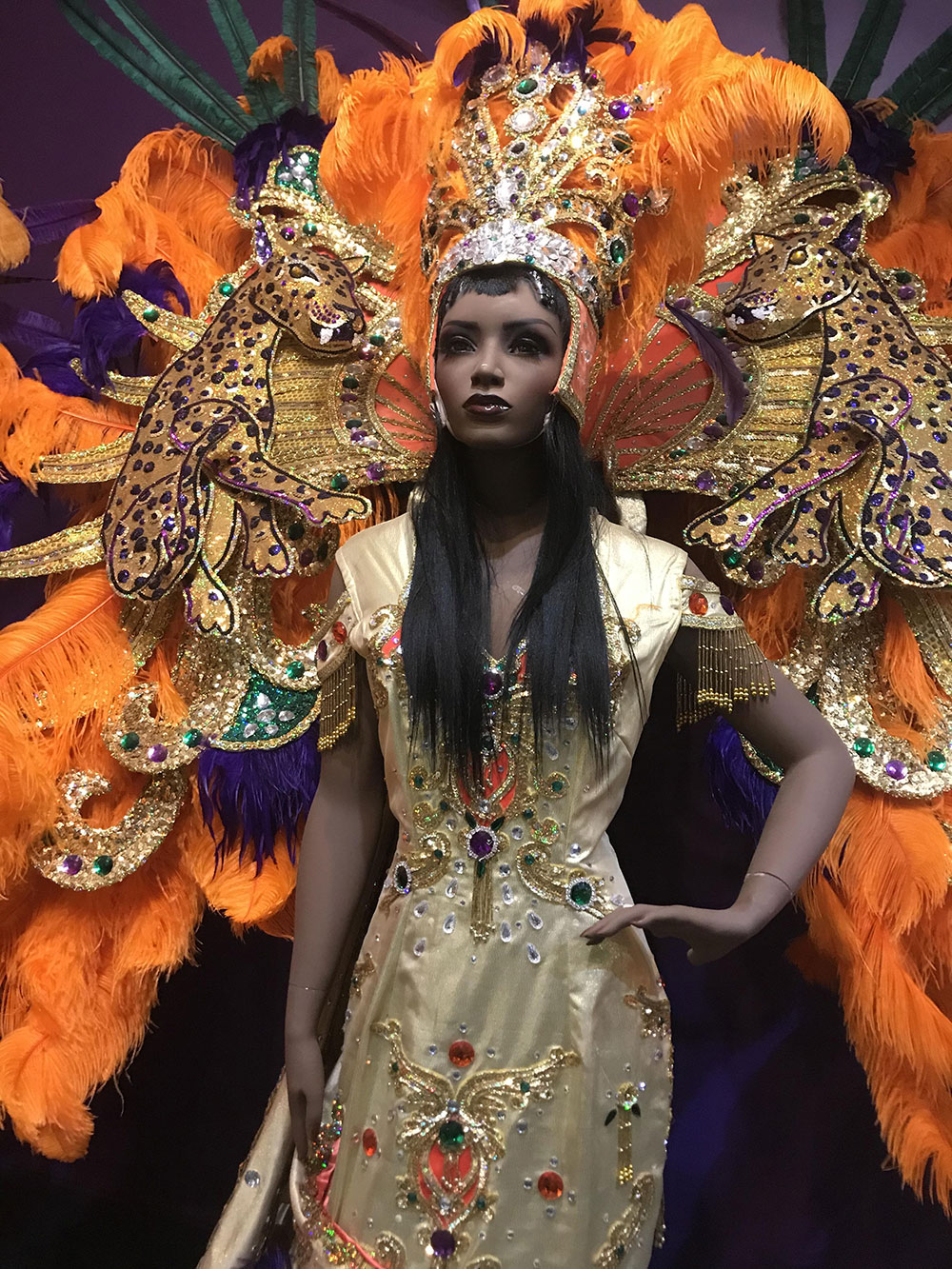 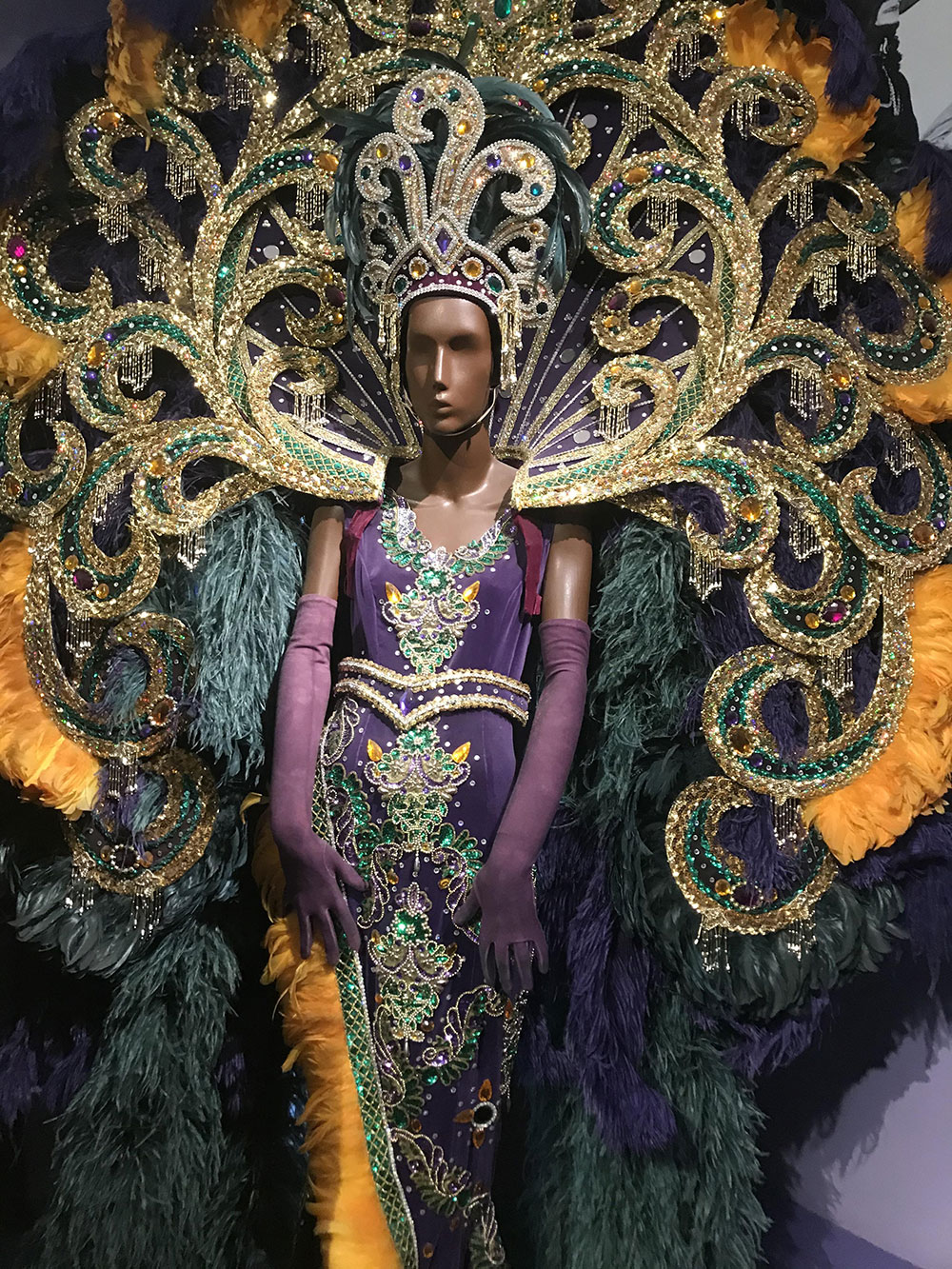 A must-see in New Orleans is the French Market, which is filled with food stands and shops. It is quite tourist-centric but that being said, New Orleans has great souvenirs and food. Afterwards, you can go to the nearby Woldenberg Park or catch a tour on Steamboat Natchez.

Another museum to see is the New Orleans Museum of Art, which is actually quite small but boasts artwork from different periods all around the world. They also have quite a large collection of West African Art. It’s also here that you can see City Park, which is a huge park. It’s also very beautiful in that it looks quite natural and has some activities such as paddle boats and its own Cafe du Monde. This cafe is known for their beignets but the most popular location off Jackson Square can be very crowded. Nearby is Metairie Cemetery, which is a lesser-known cemetery in New Orleans but has a few famous burials such as Al Copeland and Louis Prima. All this is north of the city and can be accessed with the street cars. However if you’re just peeking, cemeteries such as St. Louis #2 and Lafayette #1 and #2 are more centrally located. It’s worth a stop in to see New Orleans’ famous gravesites. You should also see Tomb of the Unknown Slave, which is note a tomb but a memorial to the slaves that died due to the harsh conditions of slavery. It’s located at Saint Augustine Catholic Church. 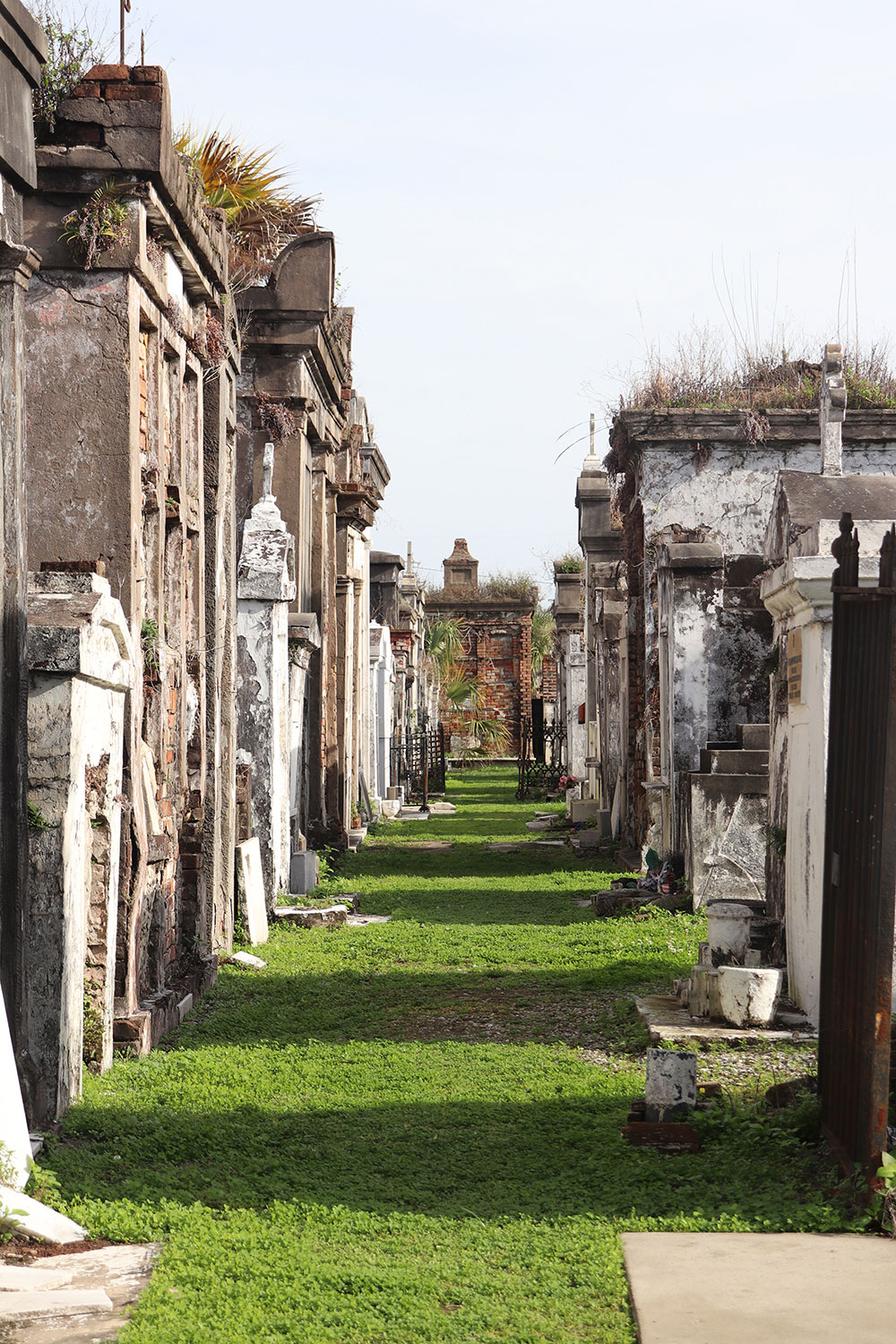 There’s a lot for house lovers, too. Though it’s a bit out of the way, Longue Vue House and Gardens is a great alternative to going to a plantation. The stately house was built by philanthropists and integrationists, has a nice interior and wonderful gardens, and is much closer. This house dates to the mid-20th century so it’s a bit newer but still quite nice. I’d recommend going during the warmer months to see the flowers in bloom. There are also a few house museums near the city center as well, such as the Hermann-Grima and Gallier historic houses. For a much grimmer but well-known history, you can learn about Madame Delphine LaLaurie at the LaLaurie Mansion. You may have seen Kathy Bates play this woman on American Horror Story: Coven. She was real and there are a lot of stories about her. If you’re looking for a more cheerful alternative, you can spend an hour or two just walking along the streets of the gorgeous Garden District, which is also accessible via street car. You can see where AHS: Coven was filmed at the Buckner Mansion but it is now a private residence. I wonder what it’s like to live in such a beautiful home. 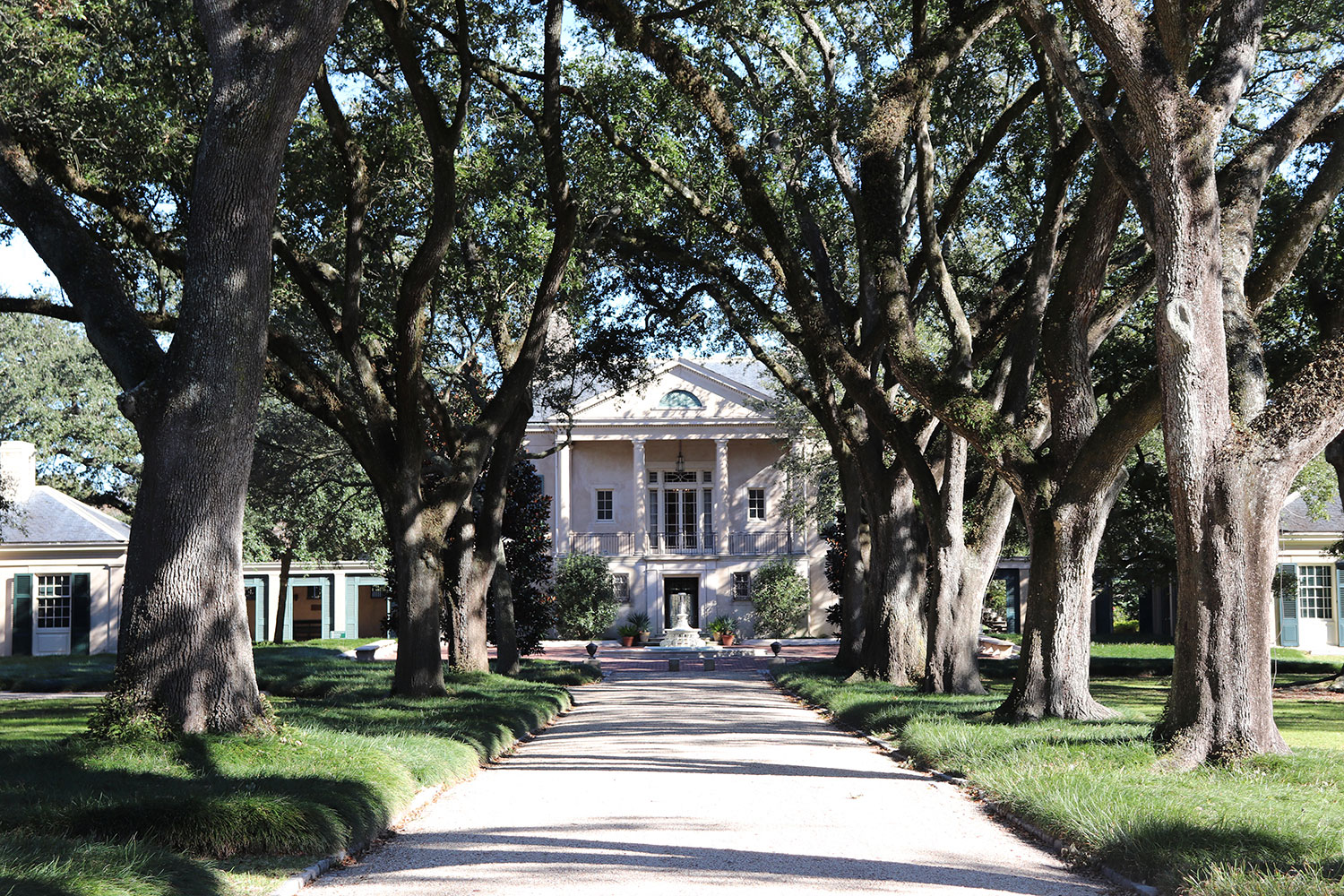 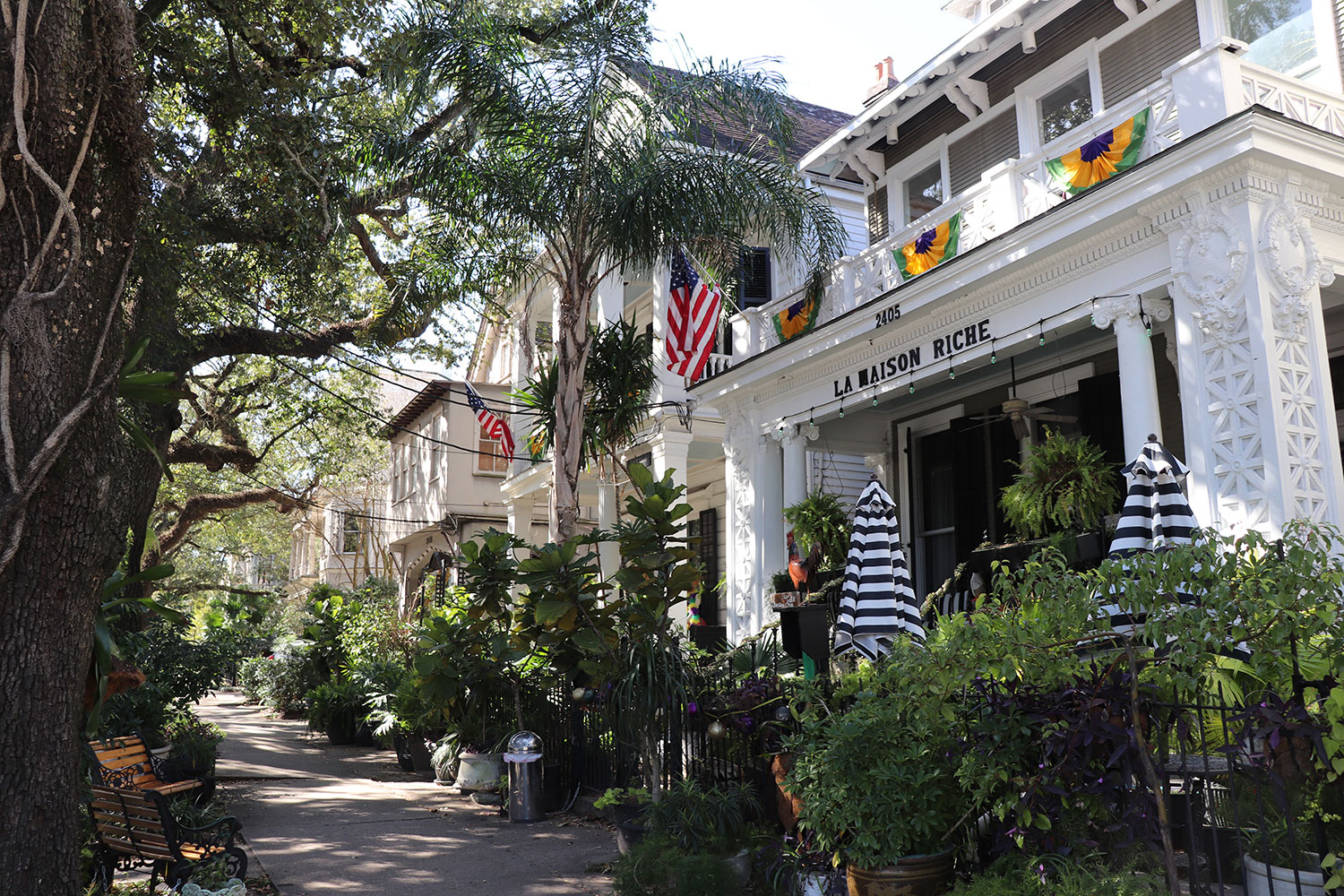 I hit the ground running and got to see and do a tonne in New Orleans, but there’s still a lot I didn’t get to see. The Audubon Butterfly Garden and Insectarium was too expensive but looks like a great time. I’ve also heard raving reviews of the city’s World War II Museum.

New Orleans is such a lively city, as well. There’s almost always live music on the streets, and Frenchman Street is known to have a bunch of live performances in bars there. It can be quite crowded but a lot of bars don’t have covers and the music is fantastic. Preservation Hall gives visitors a more intimate experience with jazz if you’re willing to pay the price tag. If you go between January 6 and Mardi Gras, you should download the WWL Mardi Gras Parade Tracker or WDSU Parade Tracker apps on your phone so you can find mini parades and practices. I thought New Orleans would be too crazy for me but it’s not that extreme once you leave Bourbon Street. 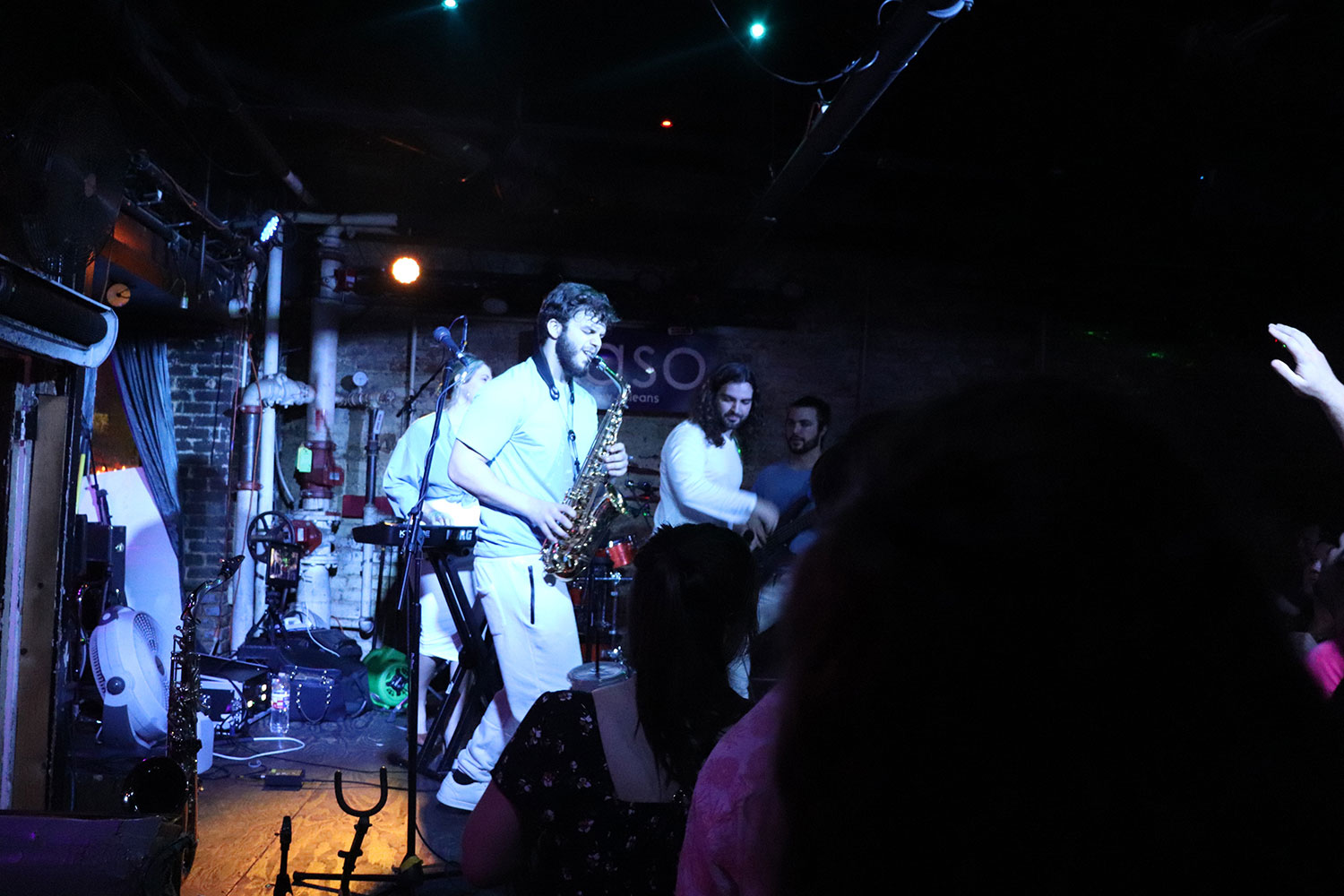 Getting around is quite fun since New Orleans operates mostly on street cars. The St. Charles Street Car is actually the oldest one in the world! It’s about $2 a day which makes getting around nice and cheap. The city is also very pedestrian-friendly. 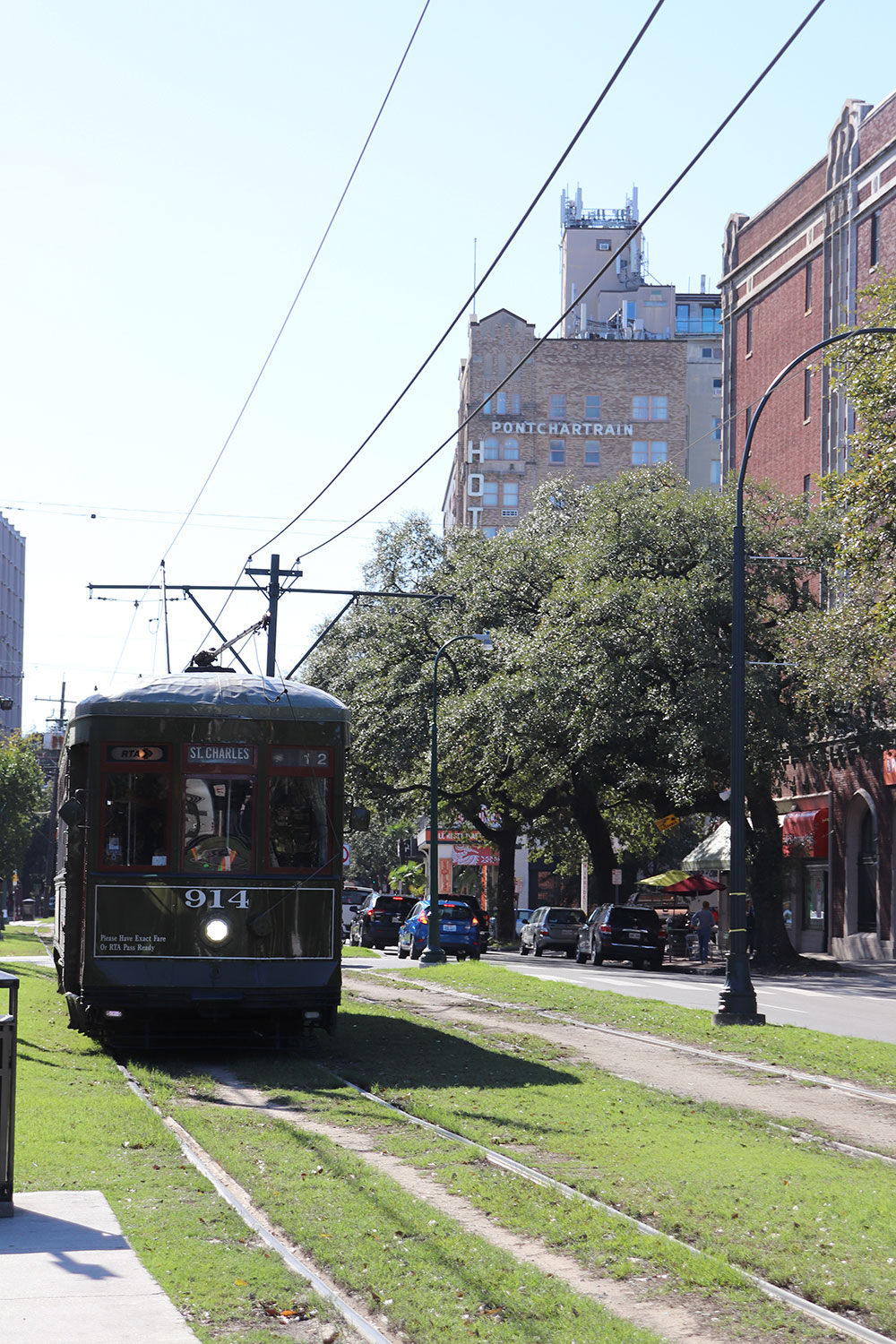 You also can’t miss out on the fantastic food that’s iconic of New Orleans. You need to try jambalaya, gumbo, red beans and rice, po’ boys, pralines, beignets, and king cake (which is not like European king cake). There are actually several vegan/vegetarian restaurants to get different versions of these classic favourites, but one of my top choices was Meals from the Heart, which has vegan options of all these items. However New Orleans is a veggie paradise! There are also a tonne of restaurants to visit outside the French Quarter. I didn’t have the chance to try as many restaurant as I would’ve liked but my research came up with a large selection of vegan restaurants. 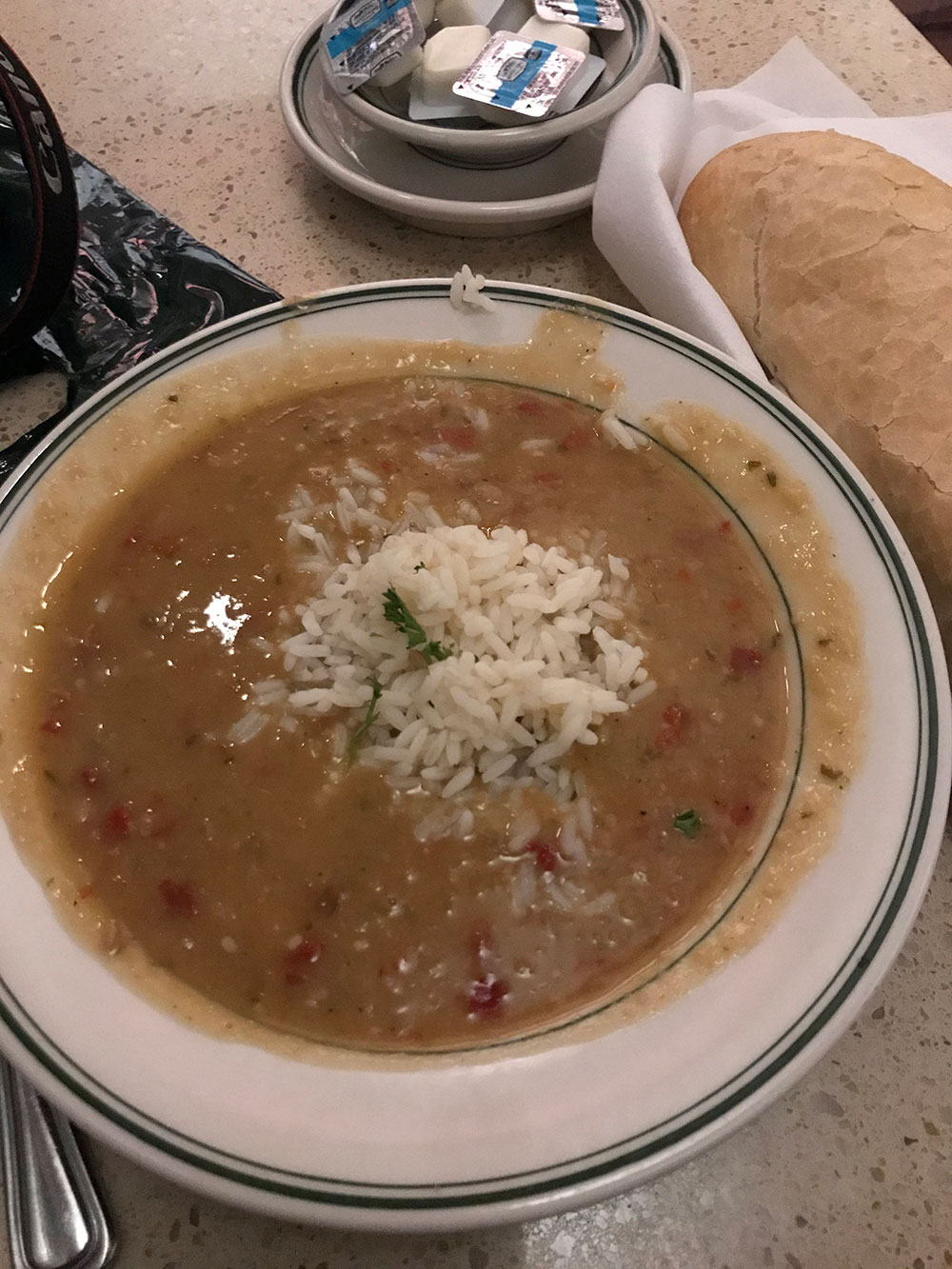 I wasn’t sure how much I’d like to city since I’m not much of a partier but I loved it and found it accommodates all paces of life. Bourbon Street is really the only “crazy” place, and certain places off Frenchman Street. But the live music makes Frenchman Street worth the crowds. Moreover, everybody I met on this trip was so kind and friendly. I was able to make conversation with a lot of locals and make a lot of friends. It’s easy to see why so many people love New Orleans. 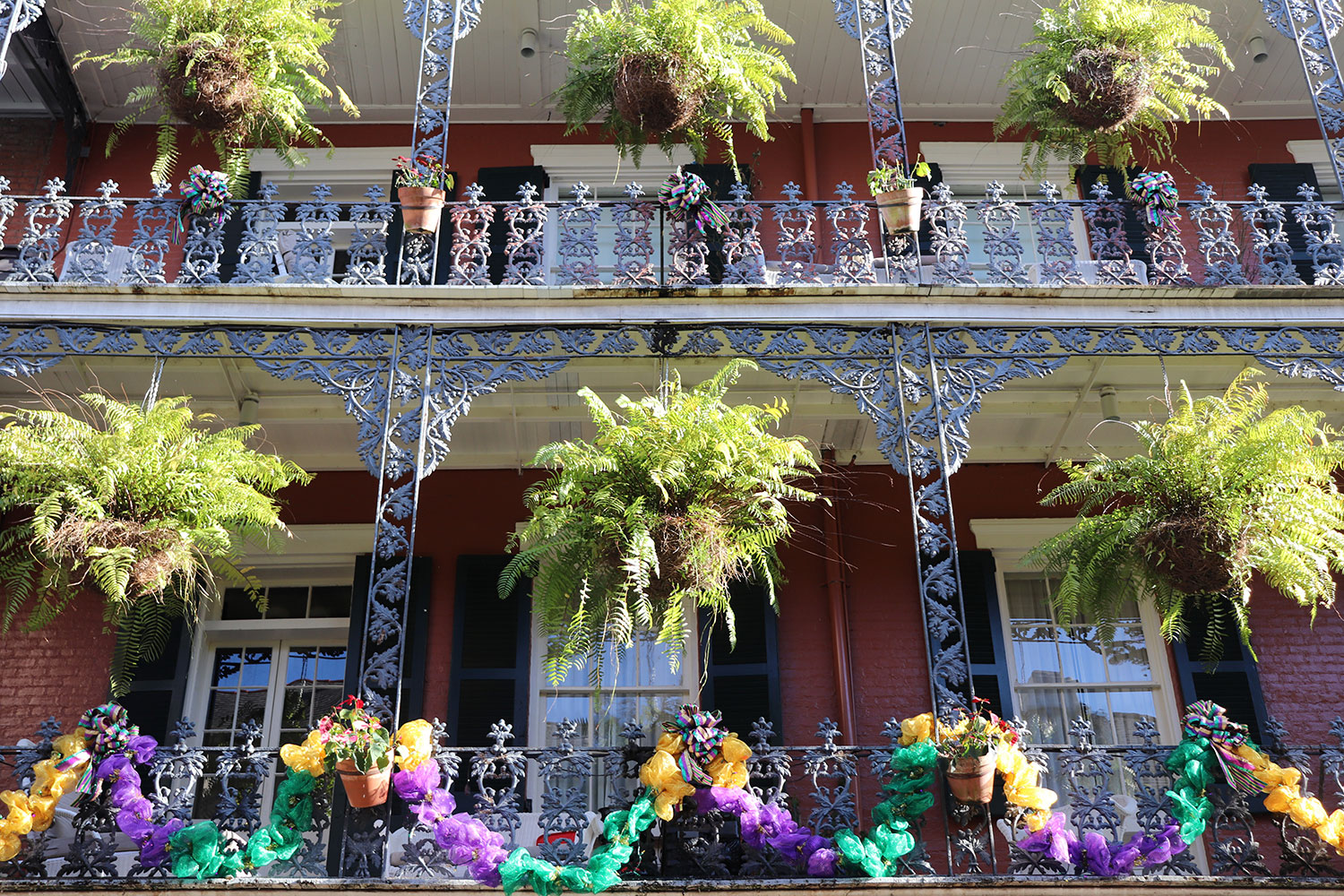 I’m so grateful for the time I got to spend in New Orleans. It’s such a lively city that values its heritage and history, and learning about the Crescent City was fascinating. It really has made not only national but international influences and even though I saw almost all I wanted to, I’d go back in a heartbeat just to soak in the great atmosphere and eat all the delicious food. New Orleans is a fabulous city you should visit if you haven’t already. 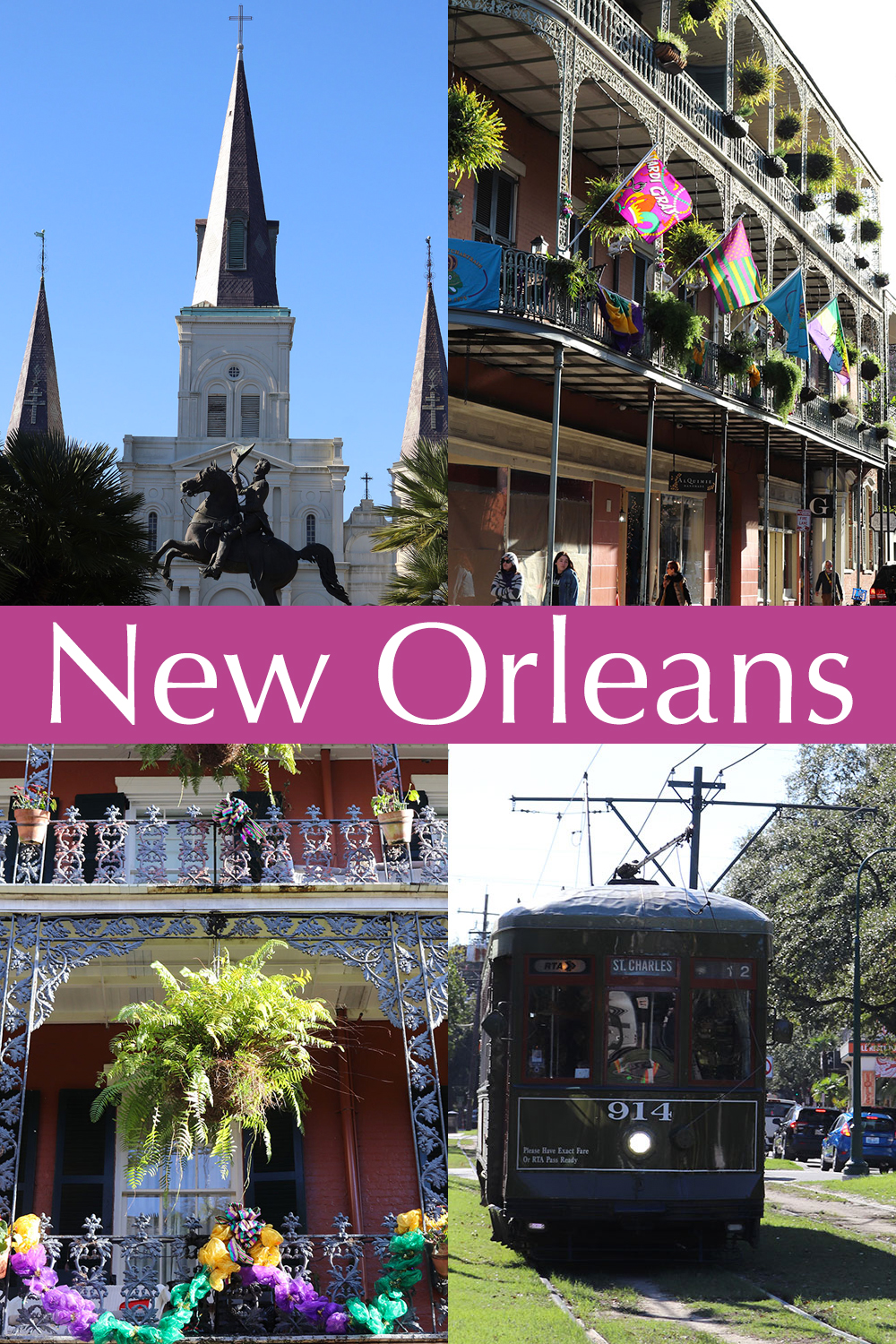 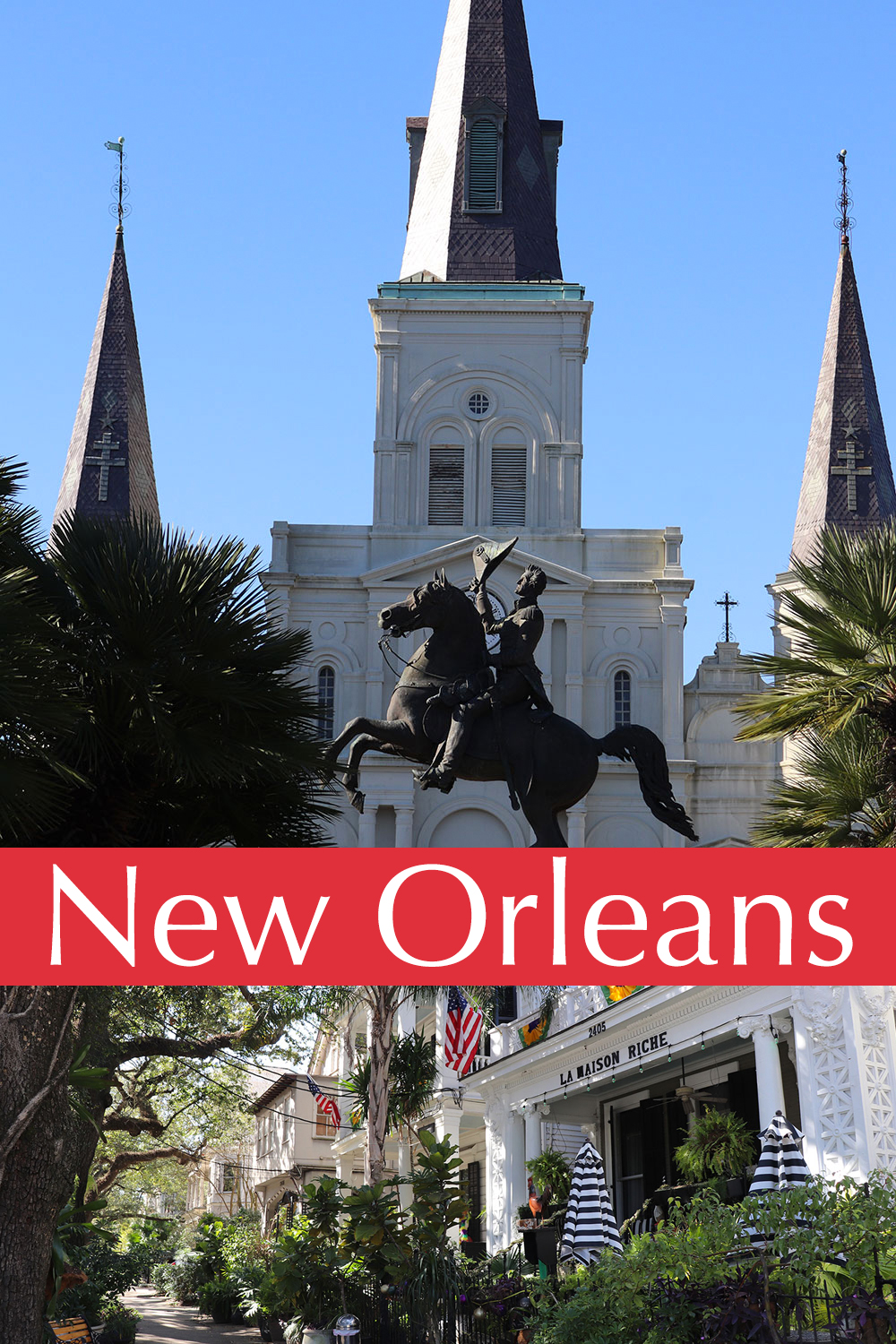