Ljubljana: one of Europe’s smallest capitals but a tiny gem of a fairytale town. During my trip to Croatia, I was eager to see more and decided on a day trip to Slovenia. I have to say that I thoroughly enjoyed my time, but I have a different take on the city: it deserves more than a day. A day is “enough” but I wish I’d stayed longer. Read on to learn why. 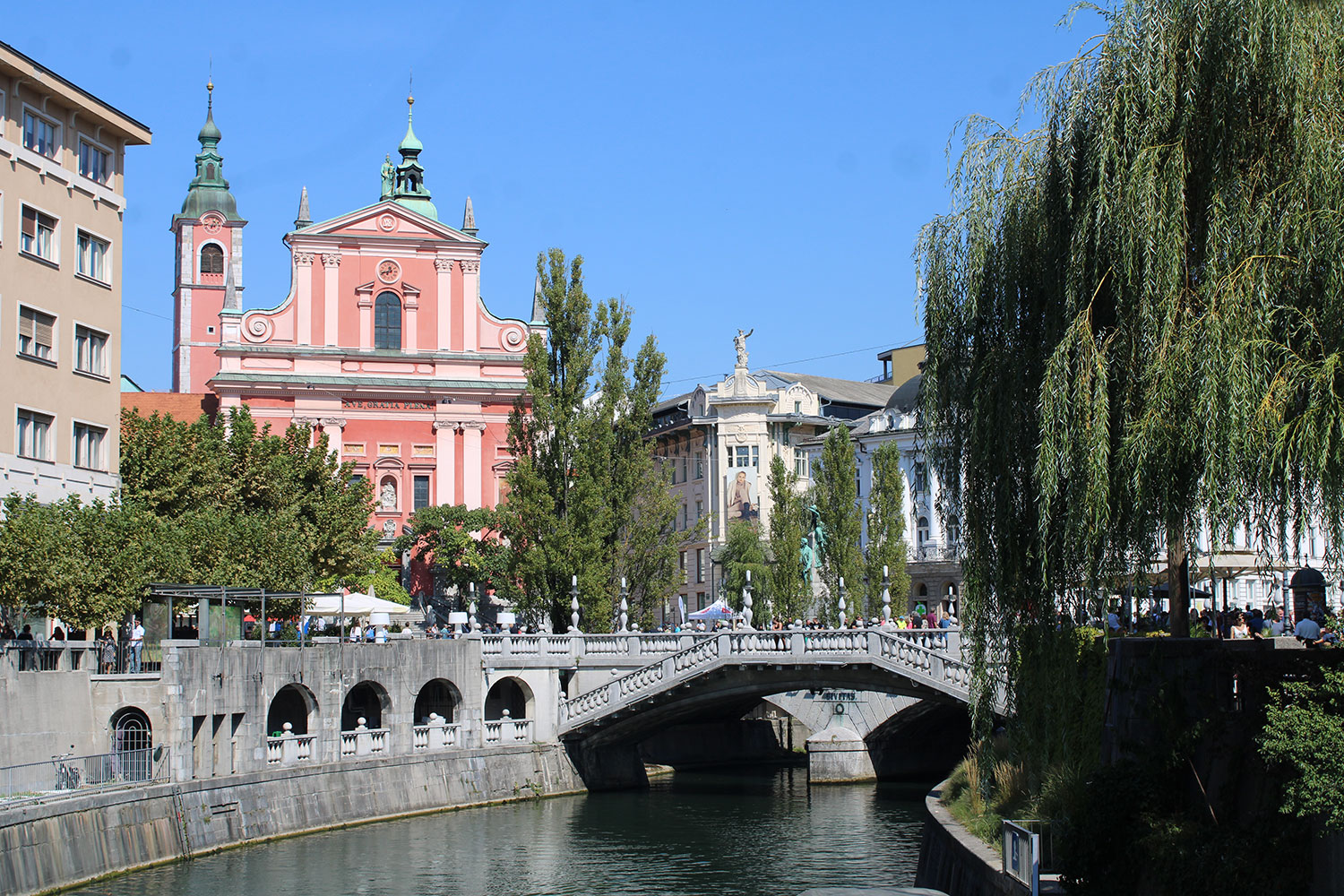 Ljubljana dates back to Roman times but the city as it is today started in the medieval era. The iconic castle atop Ljubljana was the first building and in the early 13th century, Ljubljana started developing into a town. It fell to Hapsburg rule in 1278 and would remain that way for centuries. After several fires and an earthquake, the city was rebuilt in the early 16th century and the Renaissance (and later Baroque and Vienna Succession) architecture of that time is what defines Ljubljana today.

Ljubljana then became part of the Napoleonic Empire, Austria-Hungary, Yugoslavia, and then the Kingdom of Italy. Ljubljana served as Slovenia’s capital since World War II. 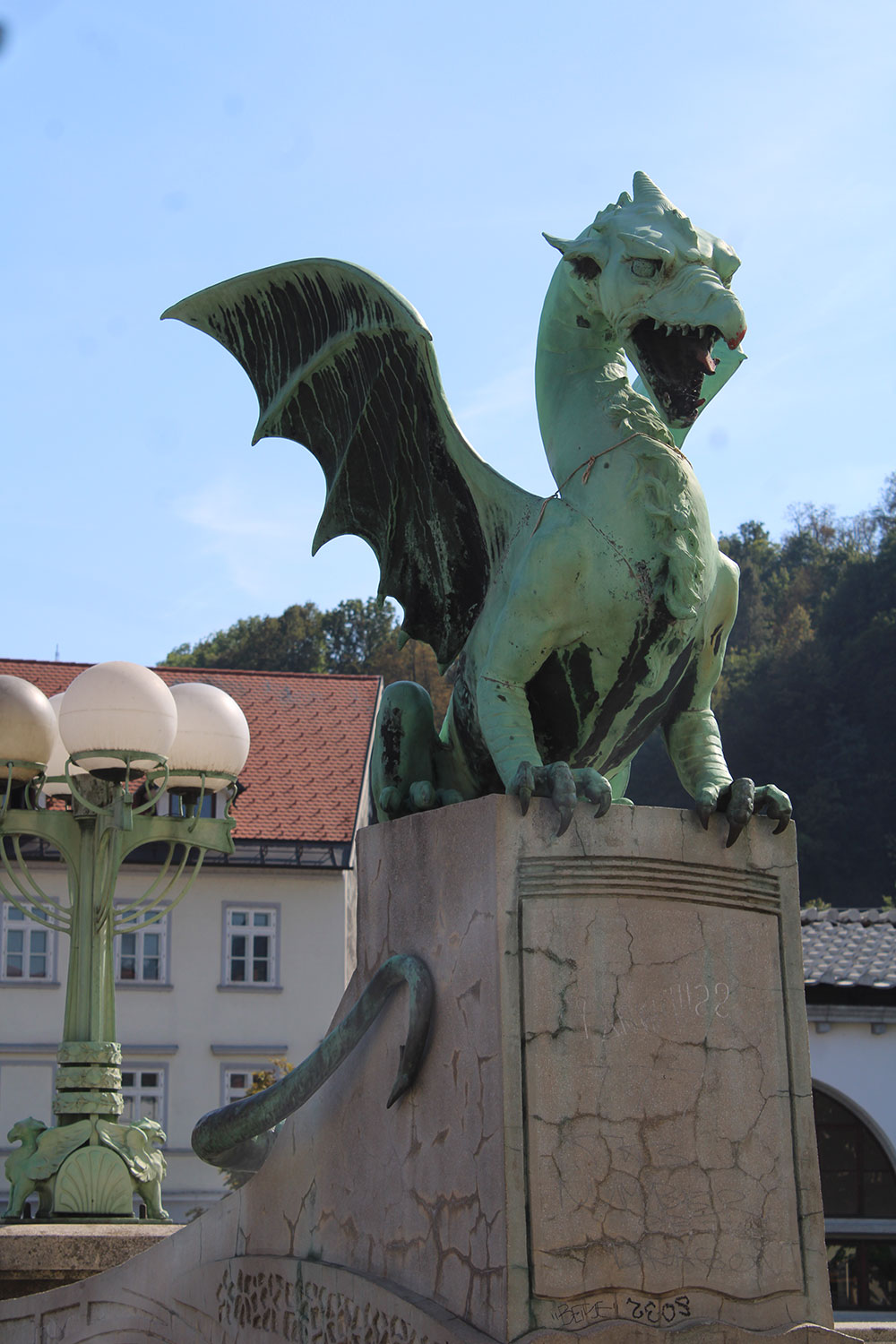 If you don’t already know that Ljubljana is synonymous with dragons, you’ll find out when you visit. The dragon bridges are symbolic of the city and dragon souvenirs are available everywhere. There’s even a Dragon Carnival. According to Ljubljana’s website,

Legend has it that Ljubljana was founded by the Greek mythological hero Jason and his companions, the Argonauts, who had stolen the golden fleece from King Aetes and fled from him across the Black Sea and up the Danube, Sava and Ljubljanica rivers.

They stopped at a large lake in the marsh near the source of the Ljubljanica, where they disassembled their ship to be able to carry it to the Adriatic Sea, put it together again, and return to Greece. The lake where they made a stop was the dwelling place of a monster. Jason fought the monster, defeated it and killed it. The monster, now referred to as the Ljubljana Dragon, found its place atop the castle tower on the Ljubljana coat of arms.

I love dragons myself so this was a huge draw for me. But Ljubljana has lots of other charms.

Things to Do in Ljubljana 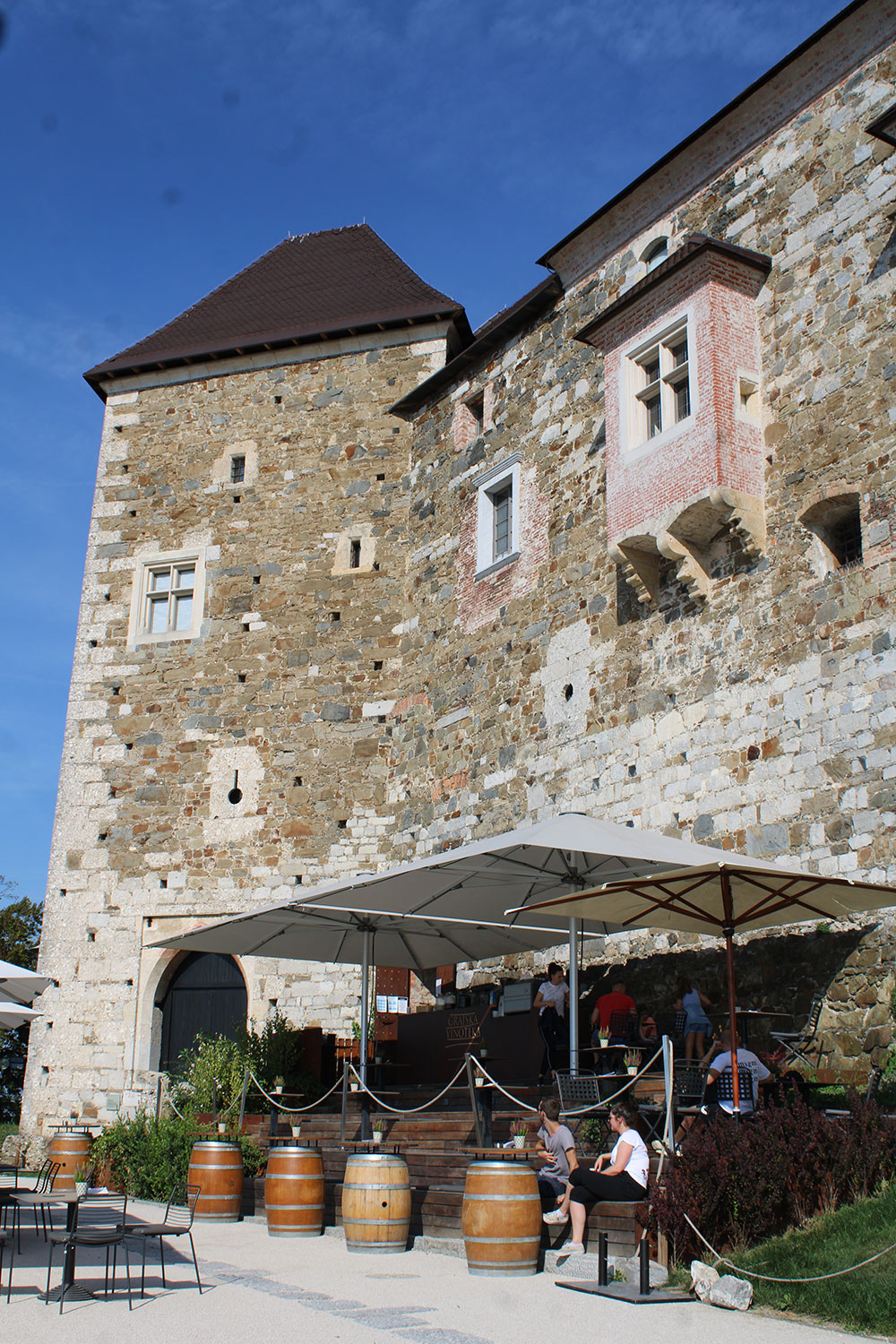 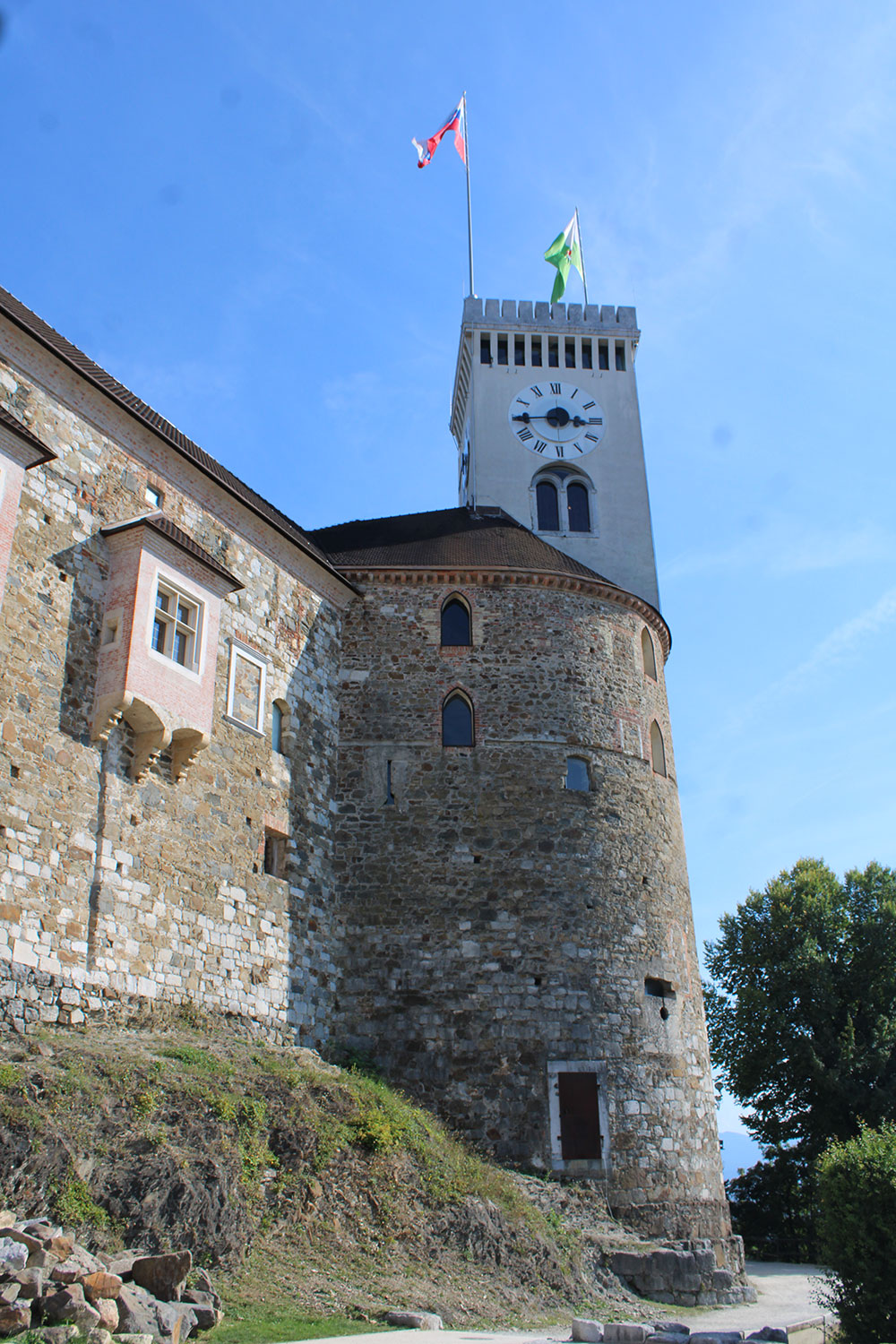 The city boasts of lots of fantastic museums – which is why I recommend more than one day there. Of course, a huge draw is Ljubljana Castle presiding over all the city. At the castle, you can get views over the entire city. I actually heard the castle interior was not worth going into, and I didn’t have enough time to go in anyways, but going atop the mountain to the castle is an absolute must. For a fee you can take the cable car up to the castle and back. I took the cable car up but thought the walk down was rather easy. 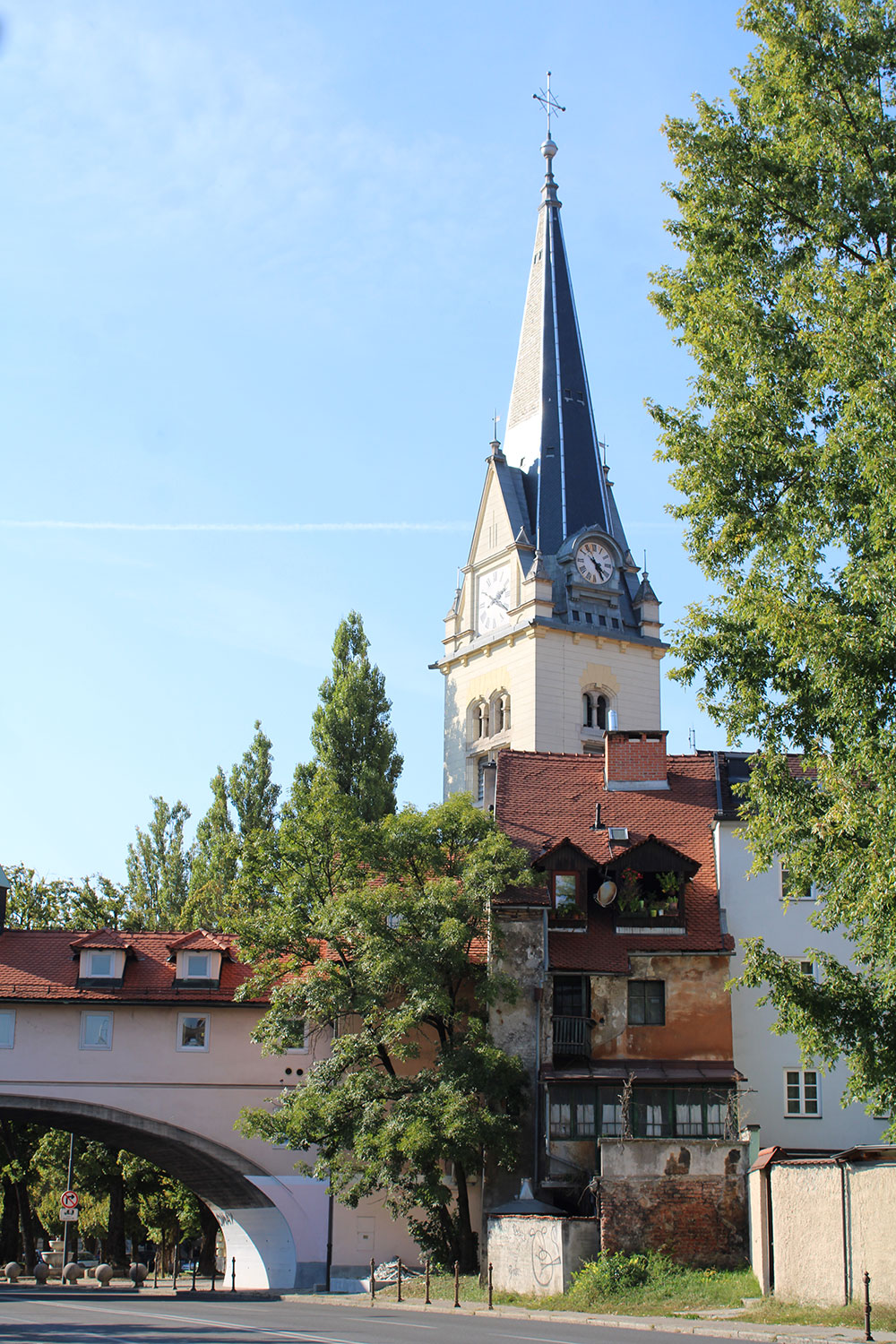 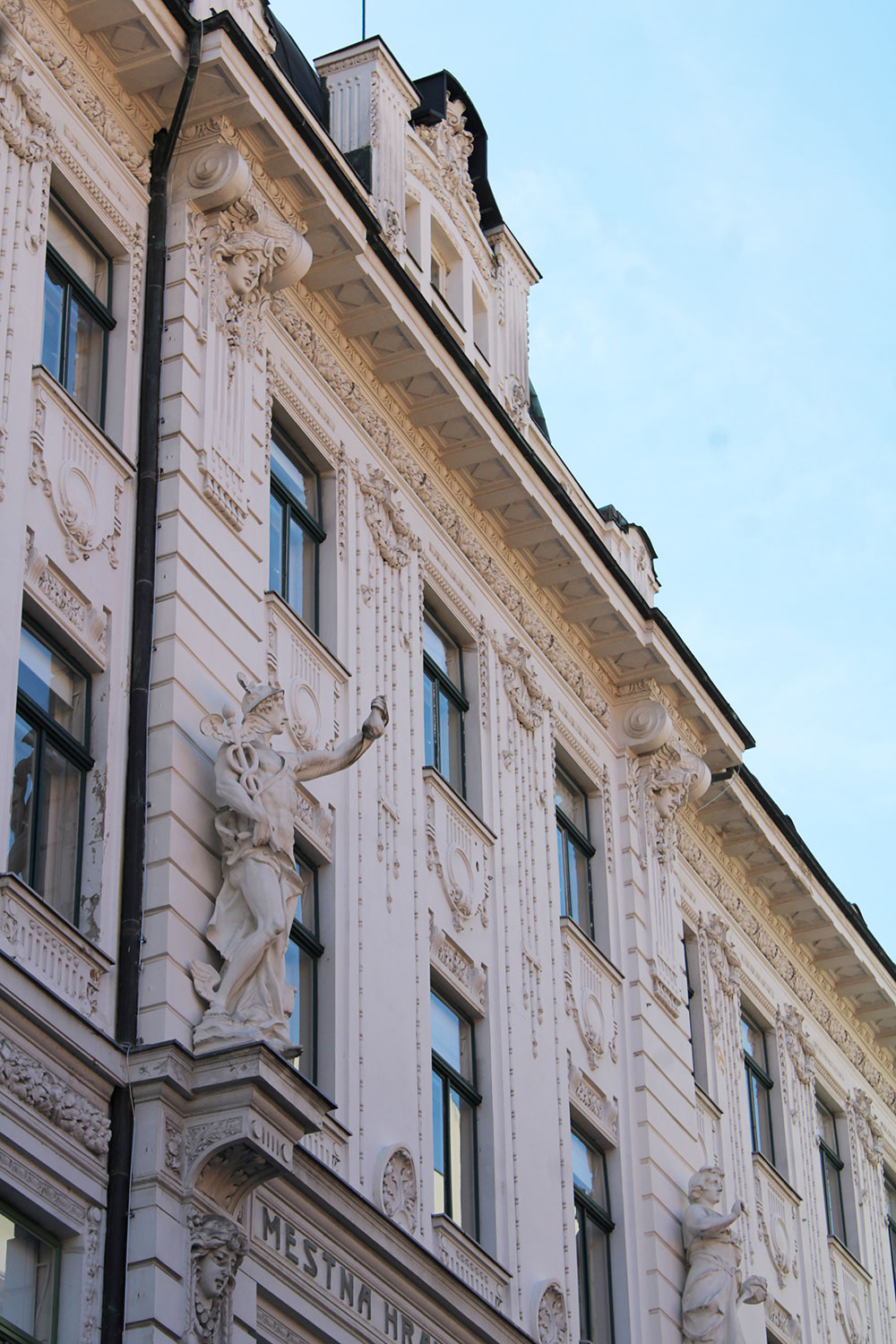 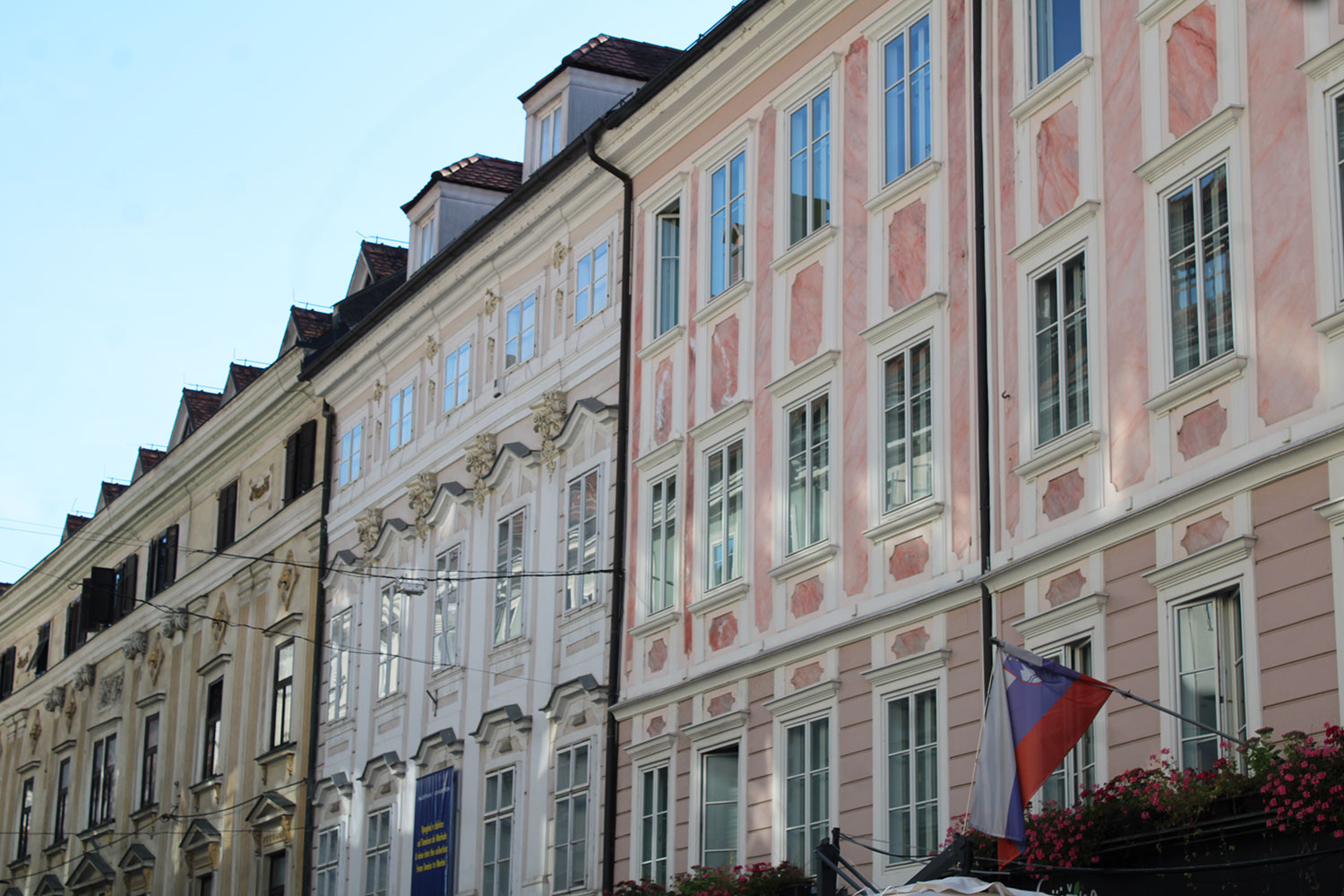 The favourite museum I visited was the City Museum of Ljubljana, which tells centuries of the city’s history through amazing artefacts. They had so much here from Roman to medieval to the industrial eras, and it was so informative. I absolutely loved it. I also highly recommend the National Gallery of Slovenia. Though Slovenia’s such a small country, the gallery is packed with a wide range of beautiful art. I also got to visit the National Museum of Slovenia, which had some interesting prehistorical and Roman artefacts. Though Slovenia’s one of the smallest countries I’ve been to, they have a lot of history to be explored. 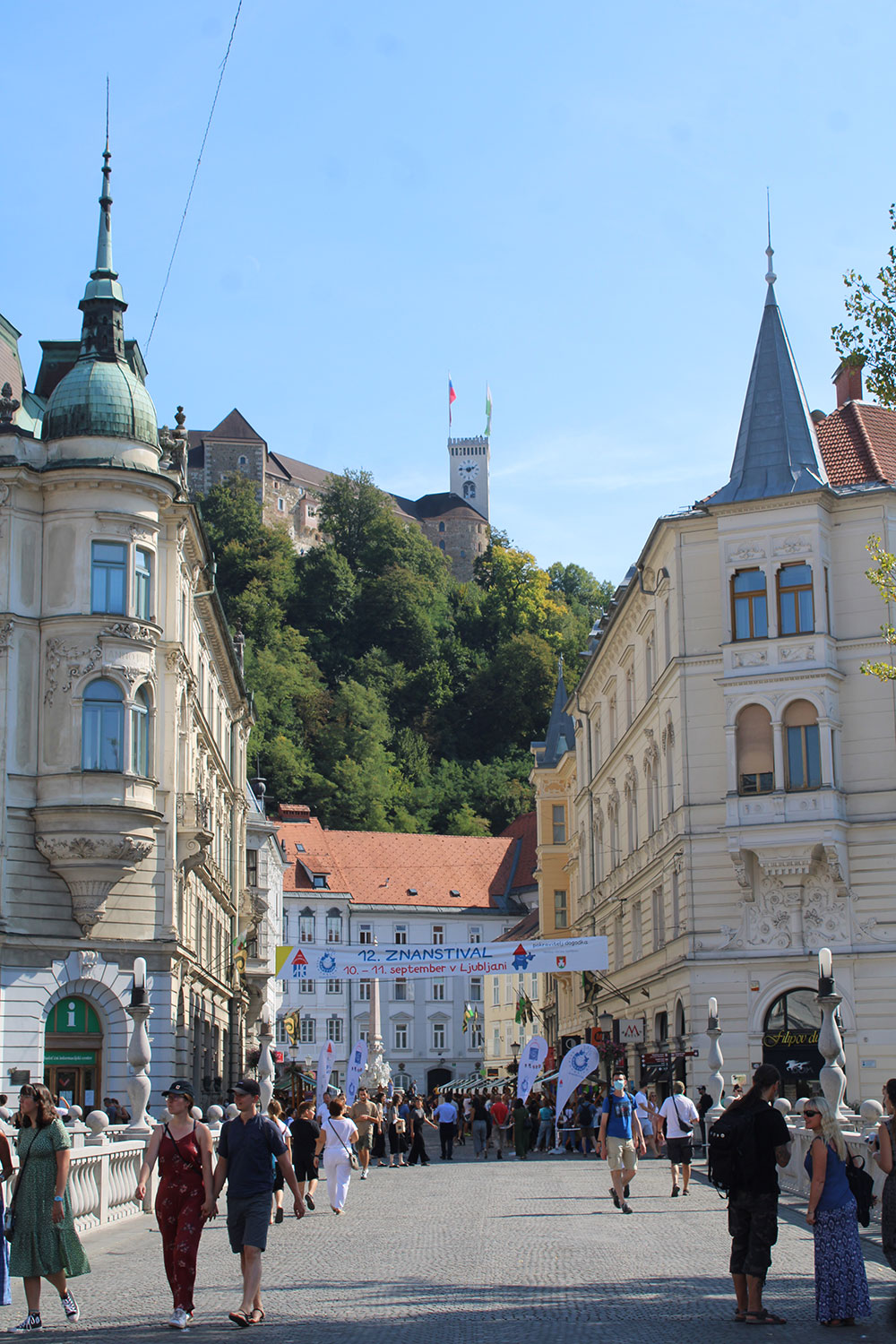 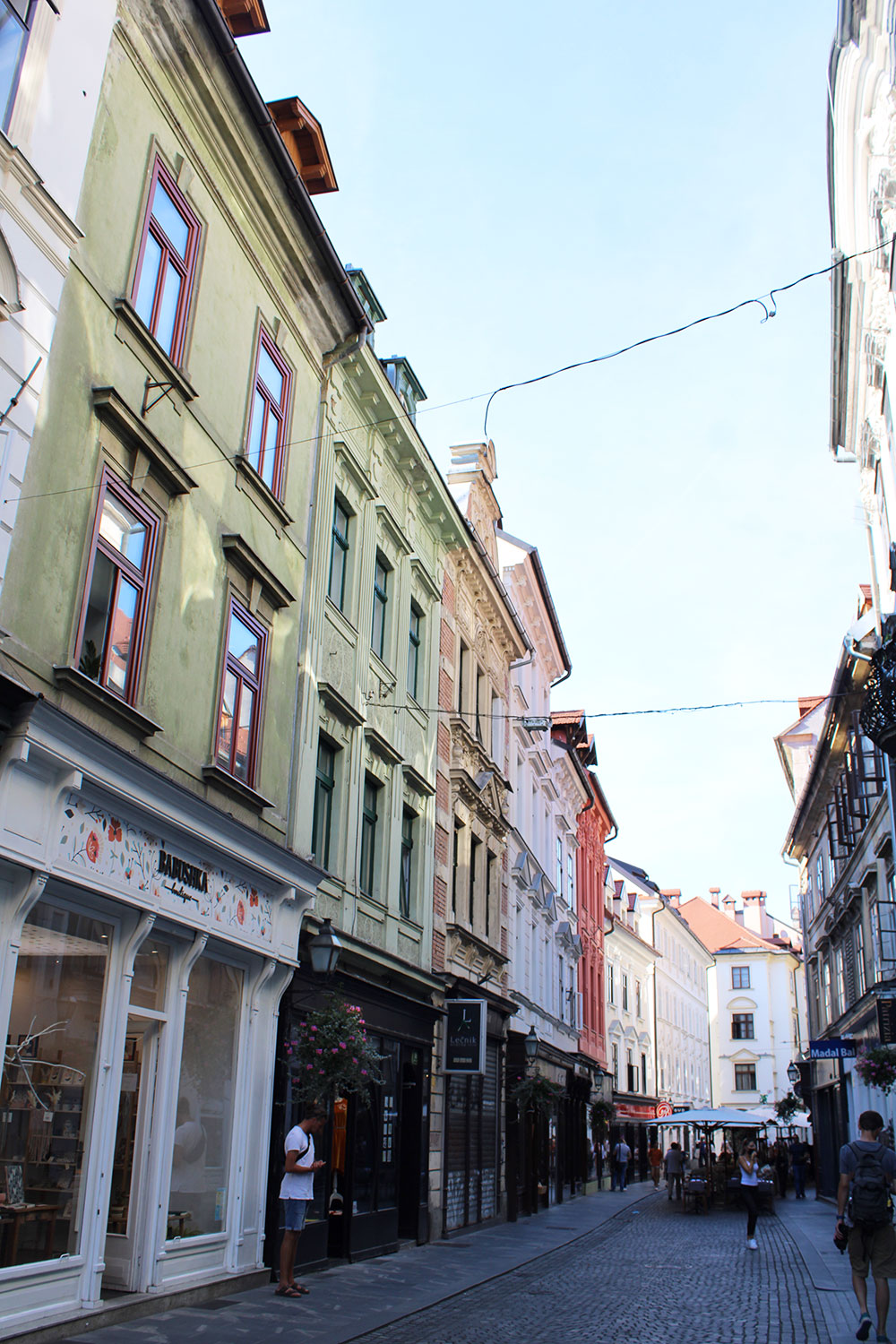 It was at these museums I learned there are several Roman structures remaining in the city today – and they’re often overlooked! Emonan House is where a lot of these structures reside. If you go to Mirje, there are ancient walls and columns there too. It’s only a few minutes’ walk away from the city center so it’s worth the stop. If you have any issues, the City Museum can direct you. 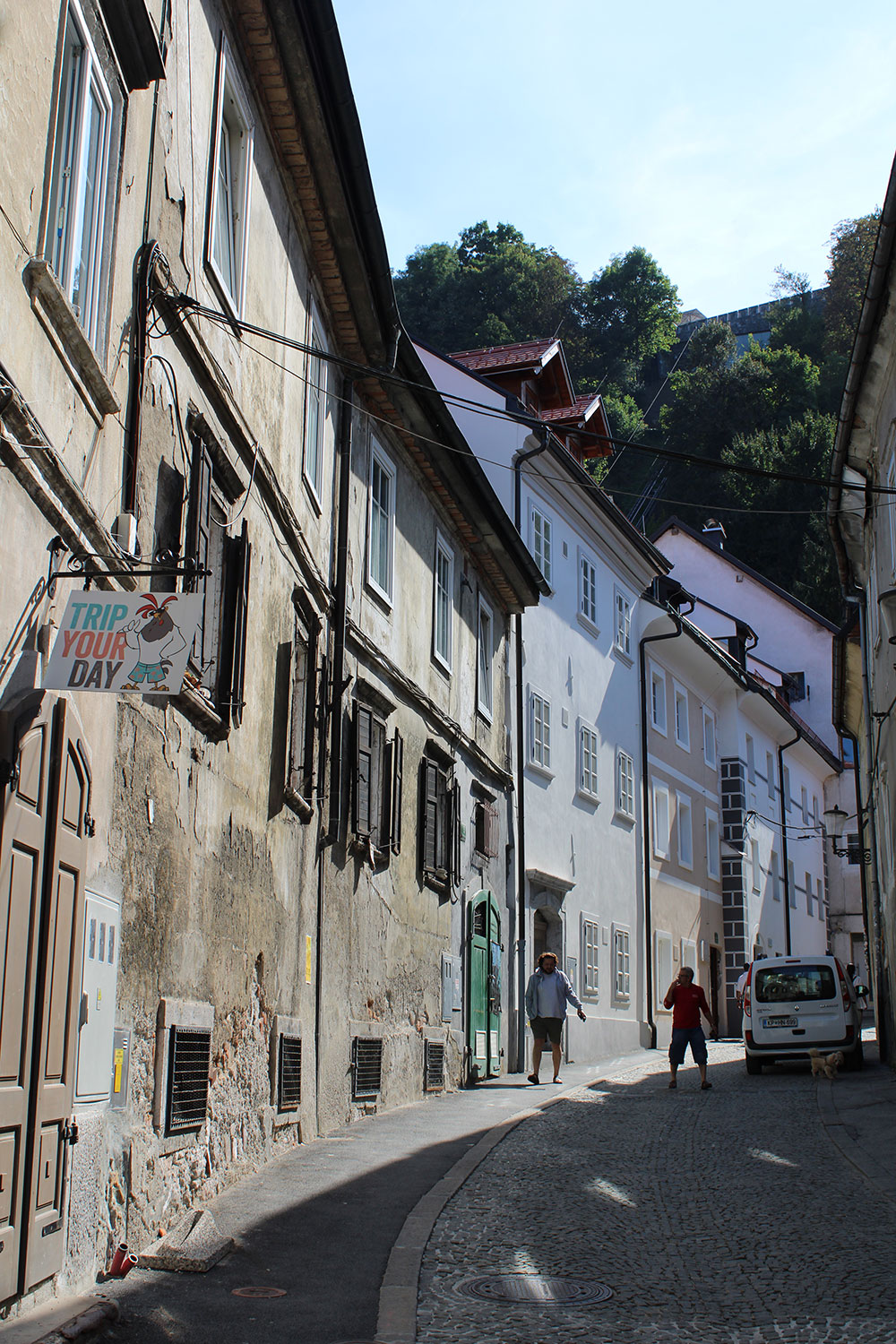 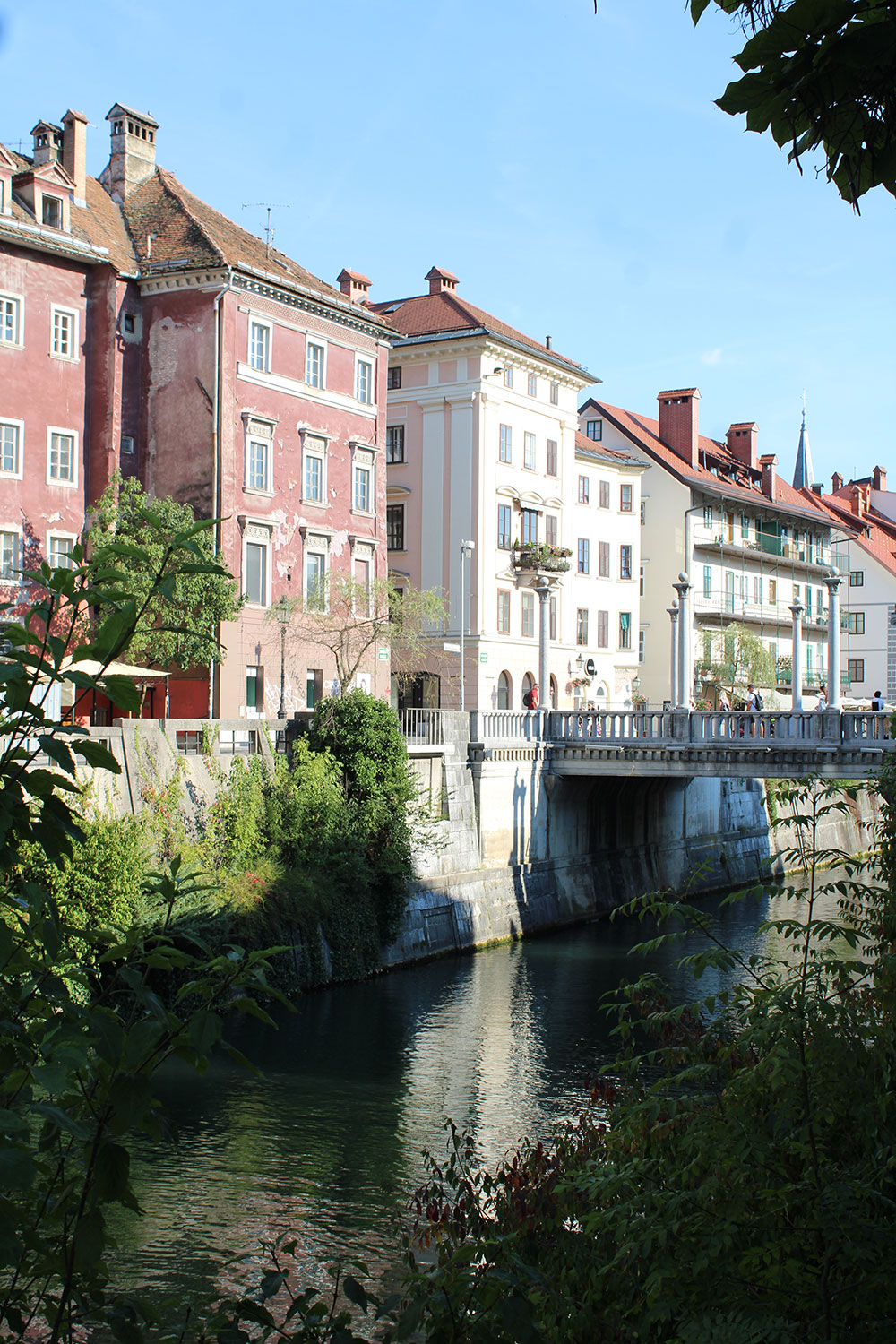 There are a lot of museums I didn’t get to visit, too. For history, there’s the Slovene Ethnographic Museum and the National Museum of Contemporary History. For art, you can visit the Museum of Architecture and Design and the Museum of Modern Art. Keep in mind that quite a few museums have more than one location.

This is the main reason why I’d have loved to stay in Ljubljana longer – and why I’d 100% go back. There are some places where attractions are a bit of a disappointment, but Ljubljana’s attractions actually exceeded my expectations. 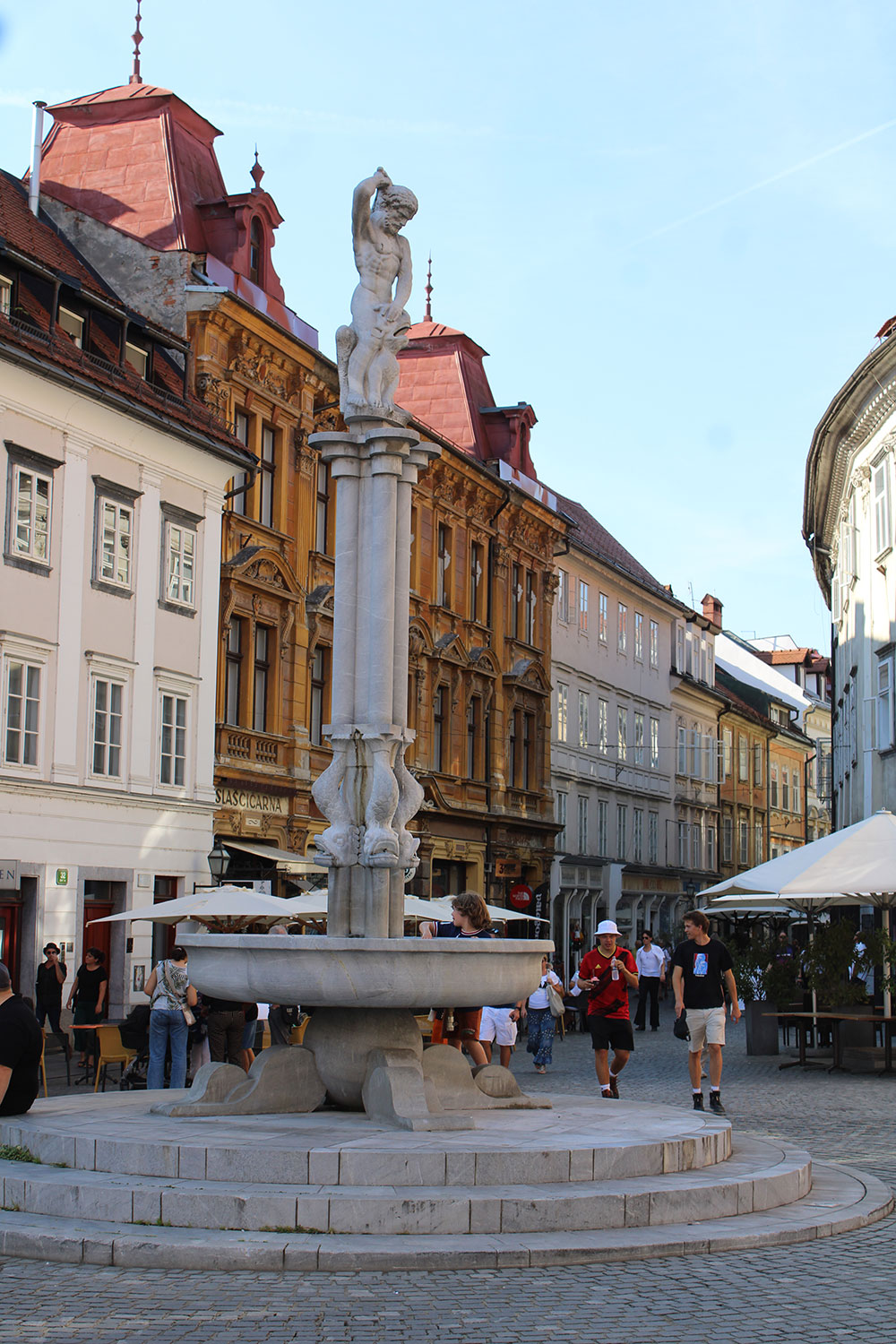 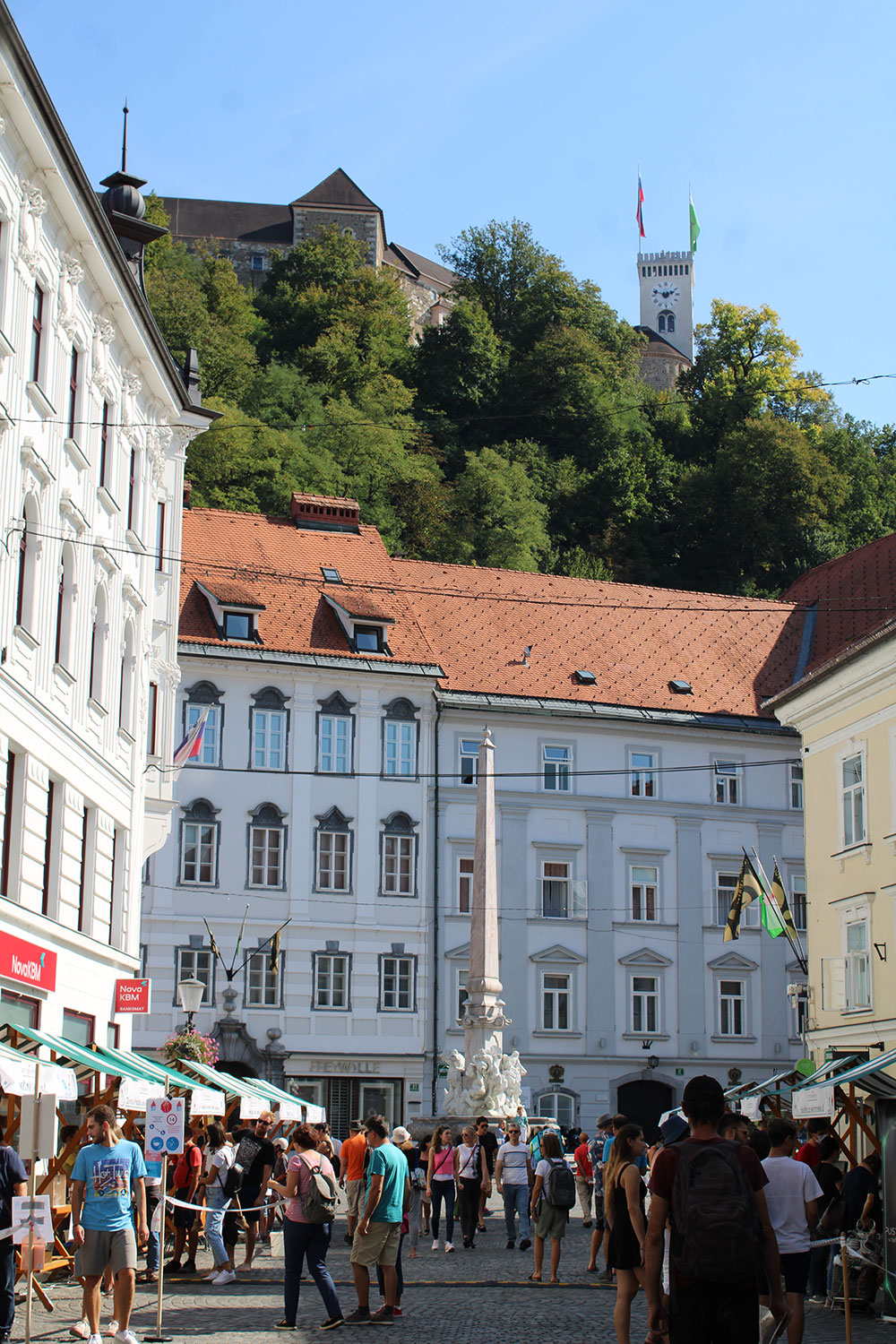 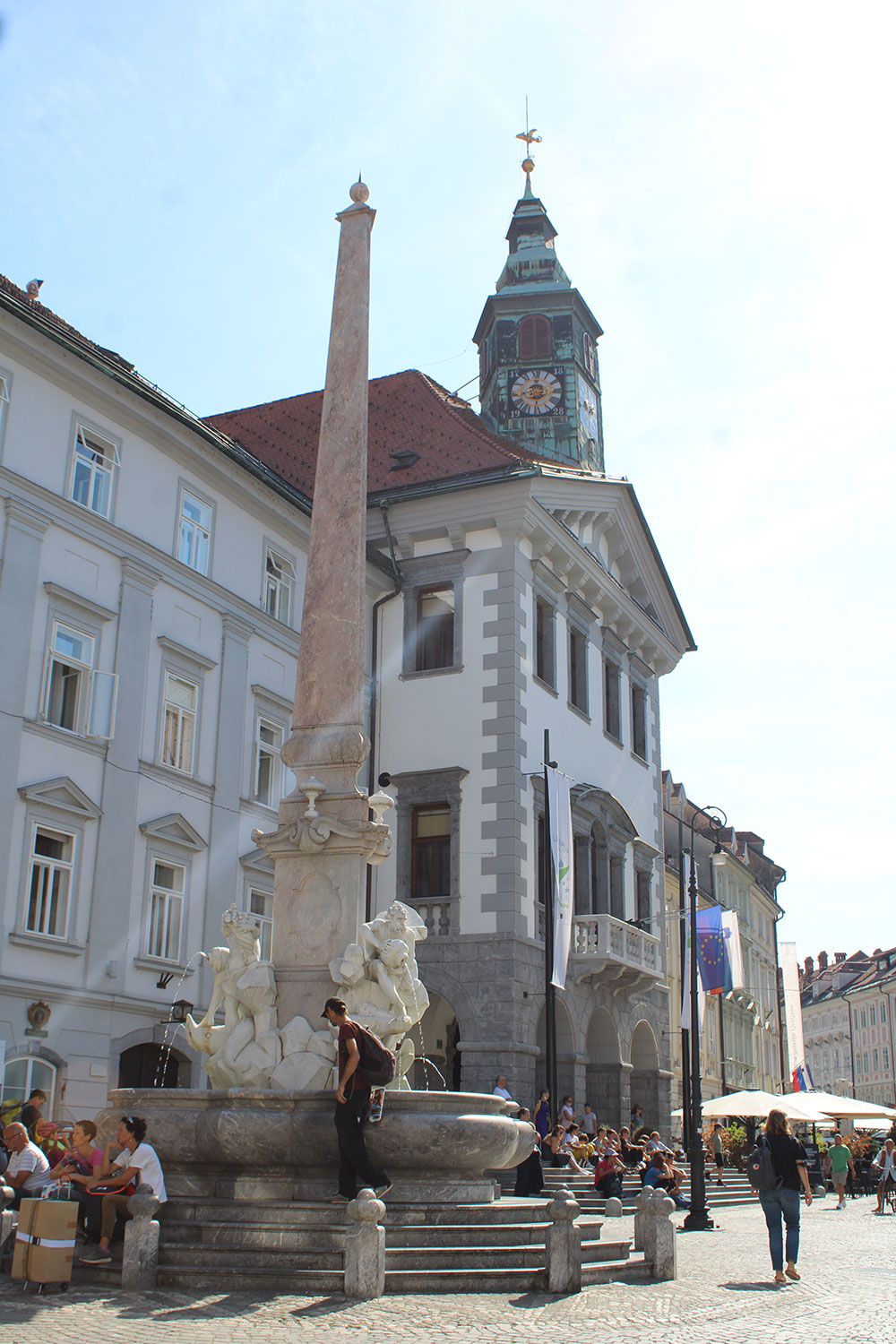 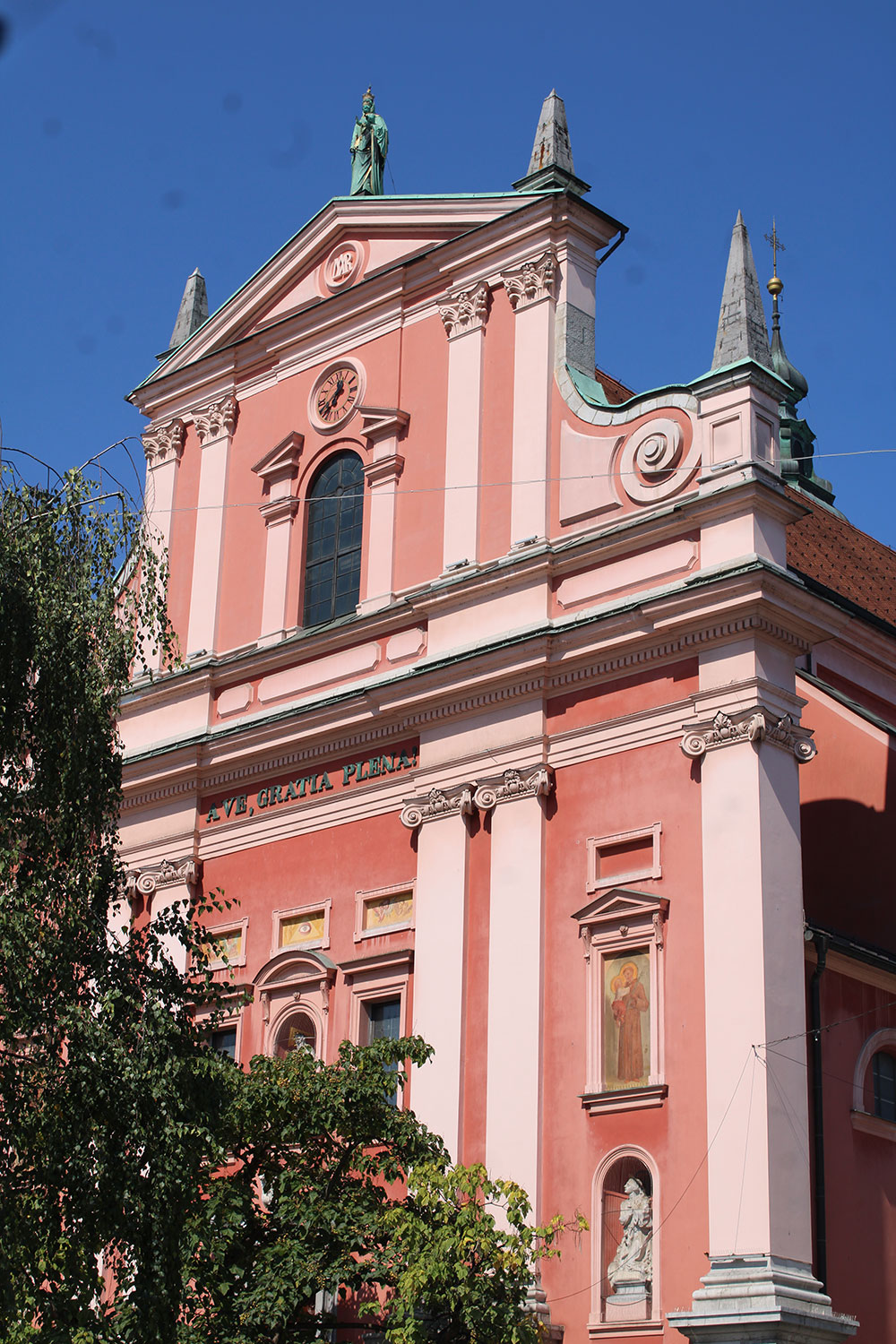 But the rumours are true: Ljubljana is quite small. The Old Town is just a fraction of the whole city’s size. But the whole of Old Town is so gorgeous. Of course, you need to see the major sites like Peresen Square and Franciscan Church of the Annunciation. And, of course, Dragon Bridge. You will need to go to Ljubljana Cathedral and down the main street of the old town, and also head to Congress Square. Since the Old Town is not very big at all, I highly recommend taking an hour or two just to walk around and see all the gorgeous ornamented architecture.

Of course, if you have more time, definitely check out the areas beyond Old Town. I didn’t have the chance to do so myself but the soul of a city is always where the locals are. 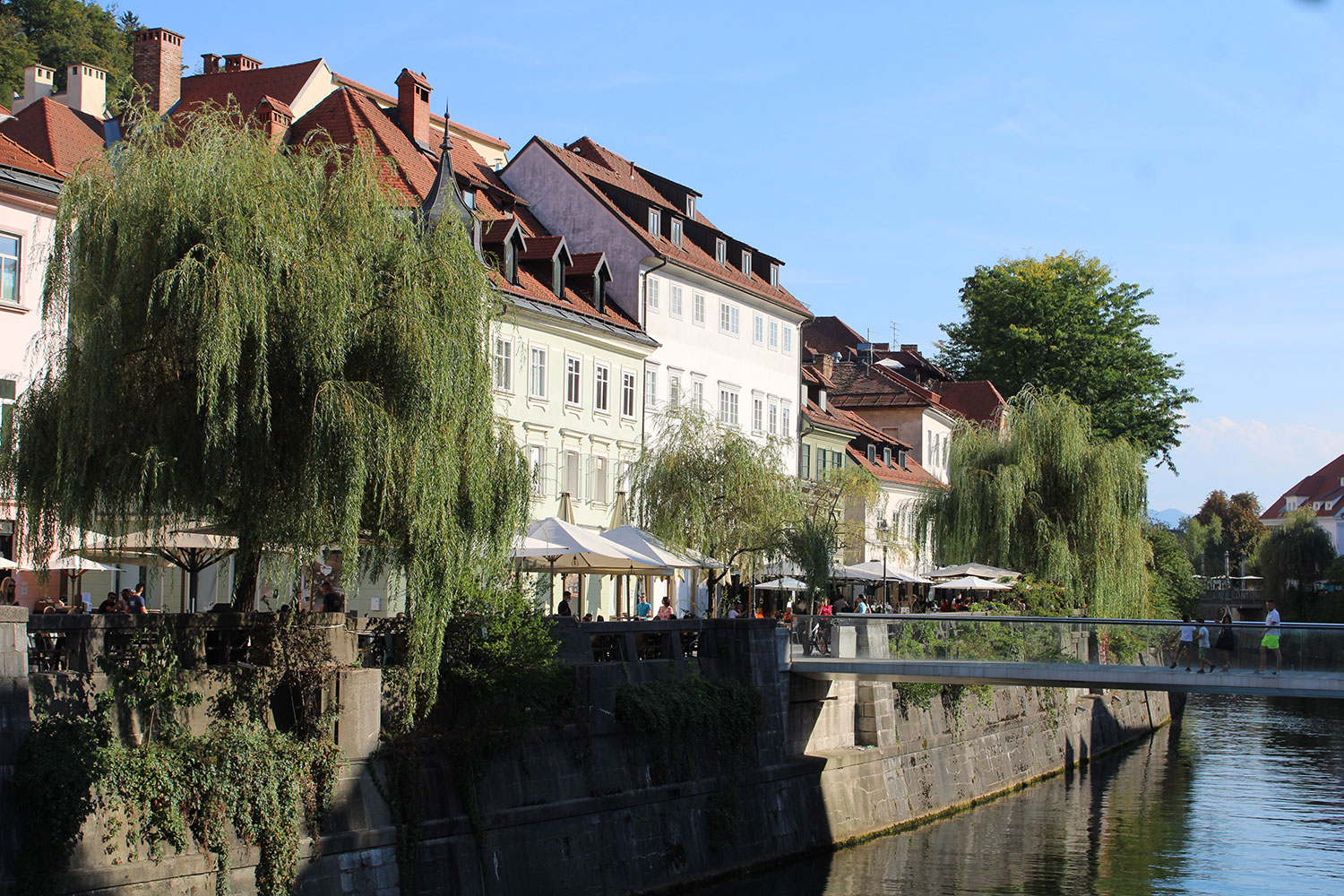 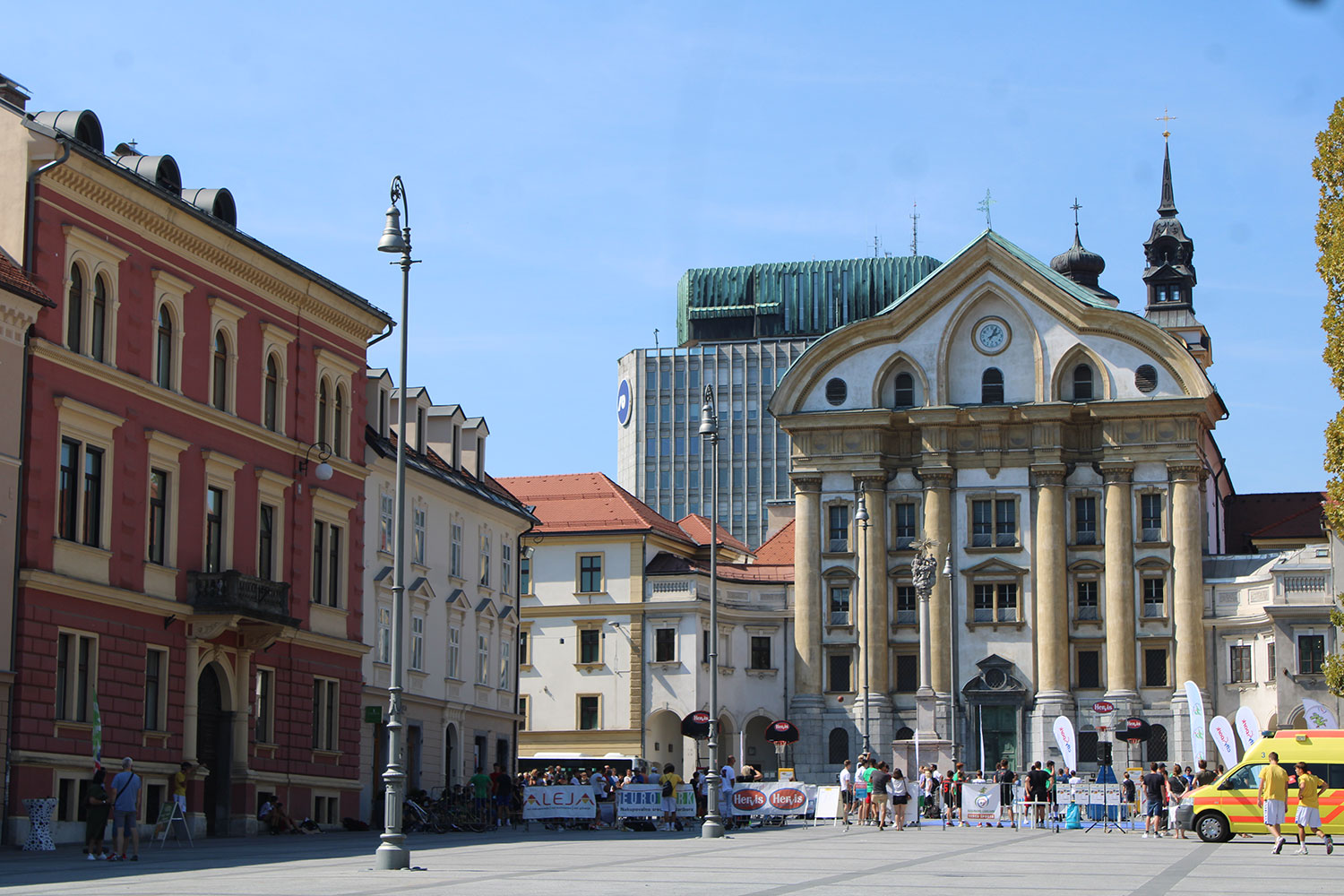 I had a very rewarding day but it ended up being very rushed. I’d heard that a few hours was more than enough time to see the city but I don’t agree. I couldn’t have seen everything I wanted to in one day and it would have been a lot nicer had I been able to sit with a cup and tea and just enjoy my time there.

No hate to Croatia but it’s funny how countries work. Like, you can cross an imaginary border and everything changes. When we got into Slovenia, oh my goodness – the landscape was so beautiful! The mixture of flat fields and purple hills was so beautiful, I just wanted to leave the bus and walk around. I was there for only a few hours but returning to Slovenia is high up on my bucket list. 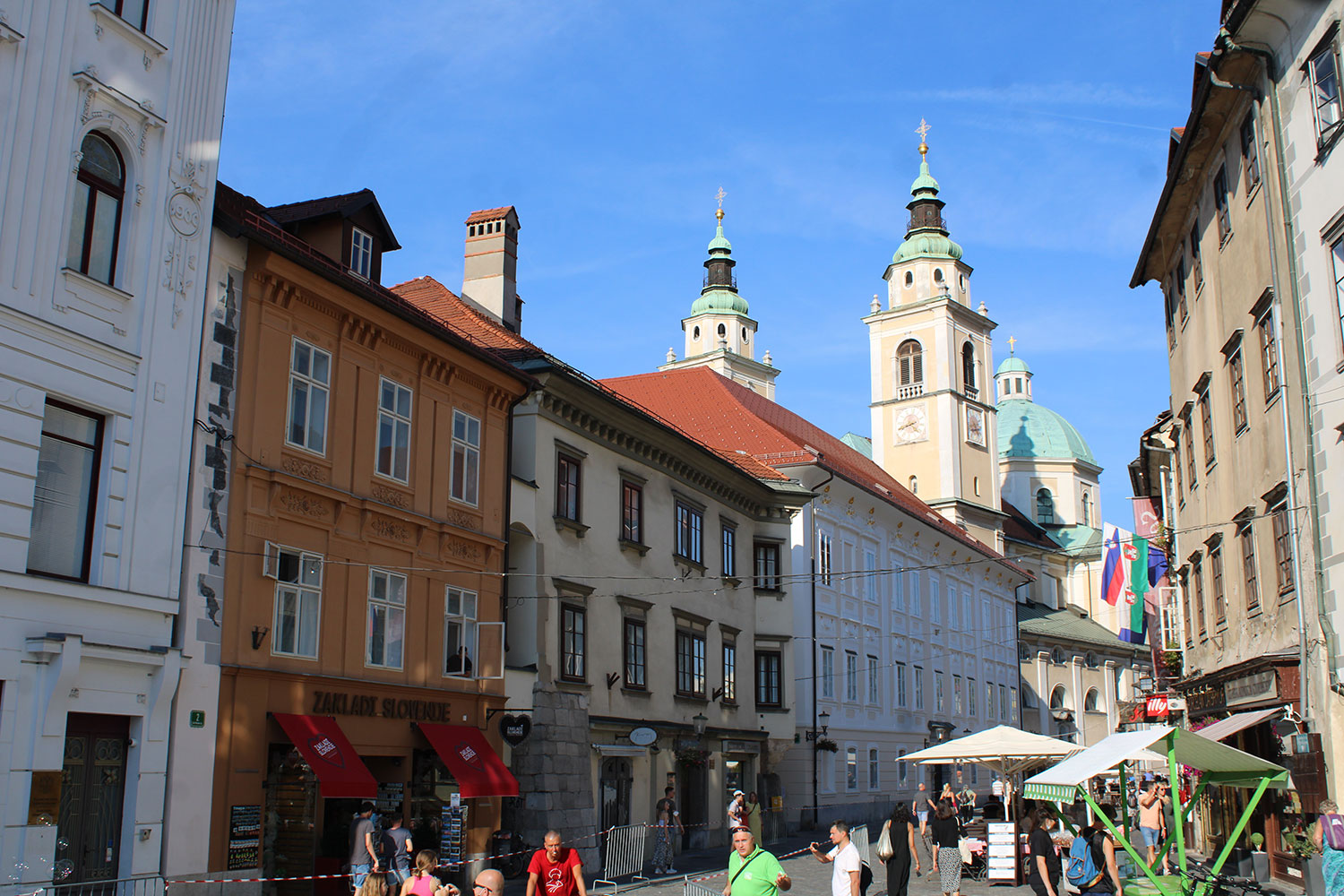 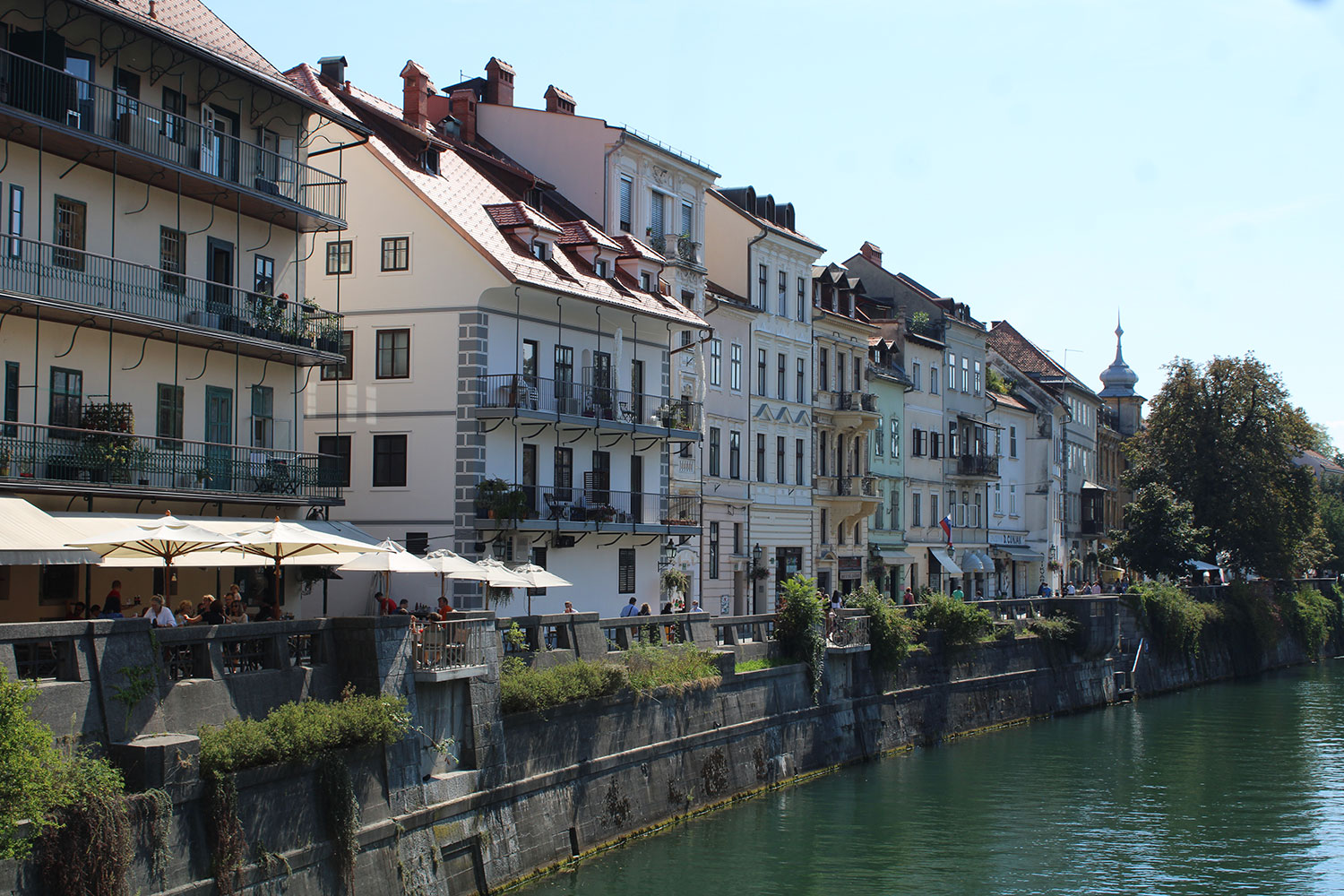 If you couldn’t tell, I give Ljubljana a glowing review. I really hope to return one day and see some other beautiful places Slovenia has to offer. 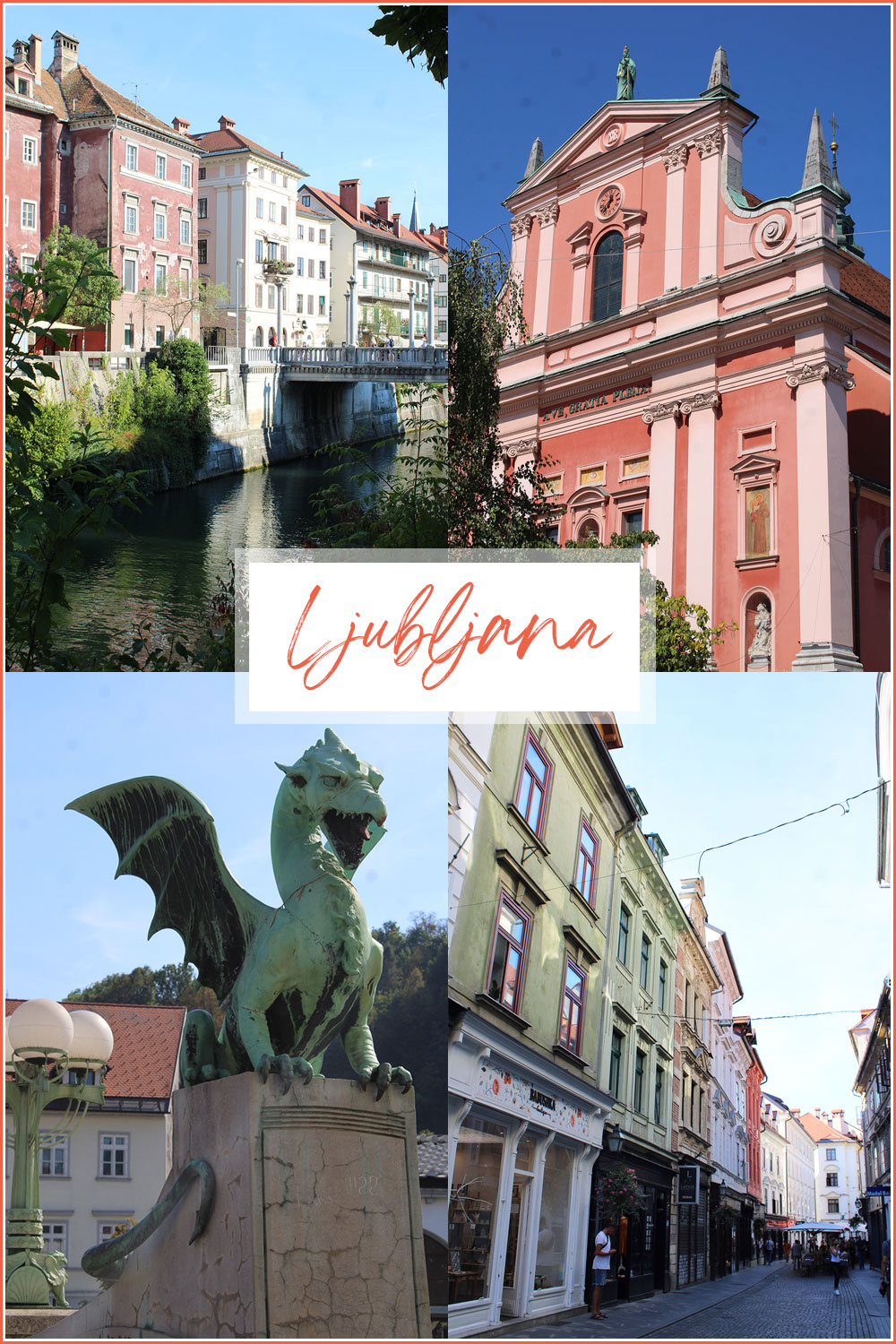 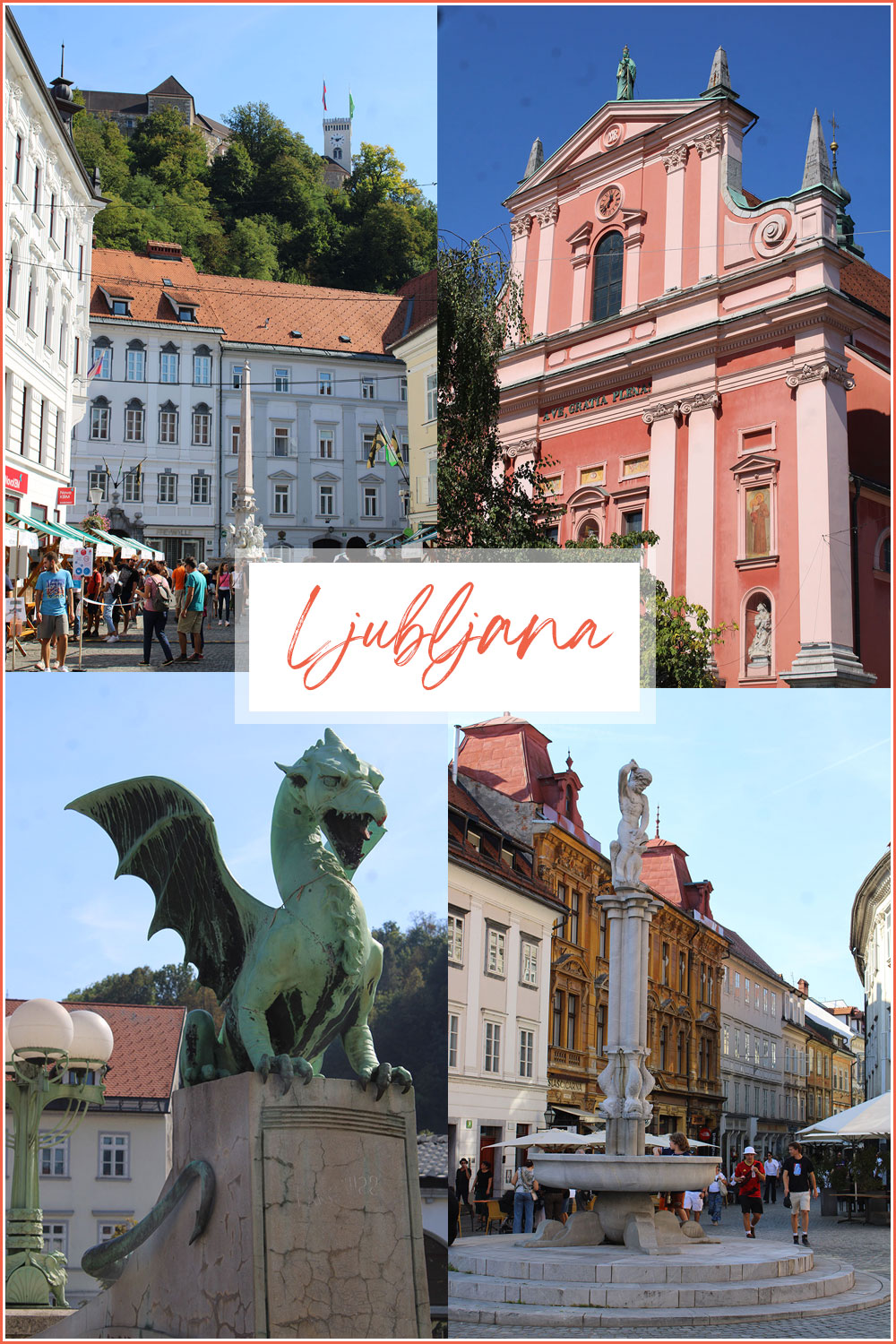