Even though Nikko’s listed as a common day trip from Tokyo, it’s a little off the beaten path. This town, which revolves around its several temples and shrines, was founded in the 8th century, but its popularity grew in the Edo period as it became the burial spot for the Tokugawa Ieyasu, the founder of the famous Tokugawa Shogunate. Today, it’s a UNSCO World Heritage Site. 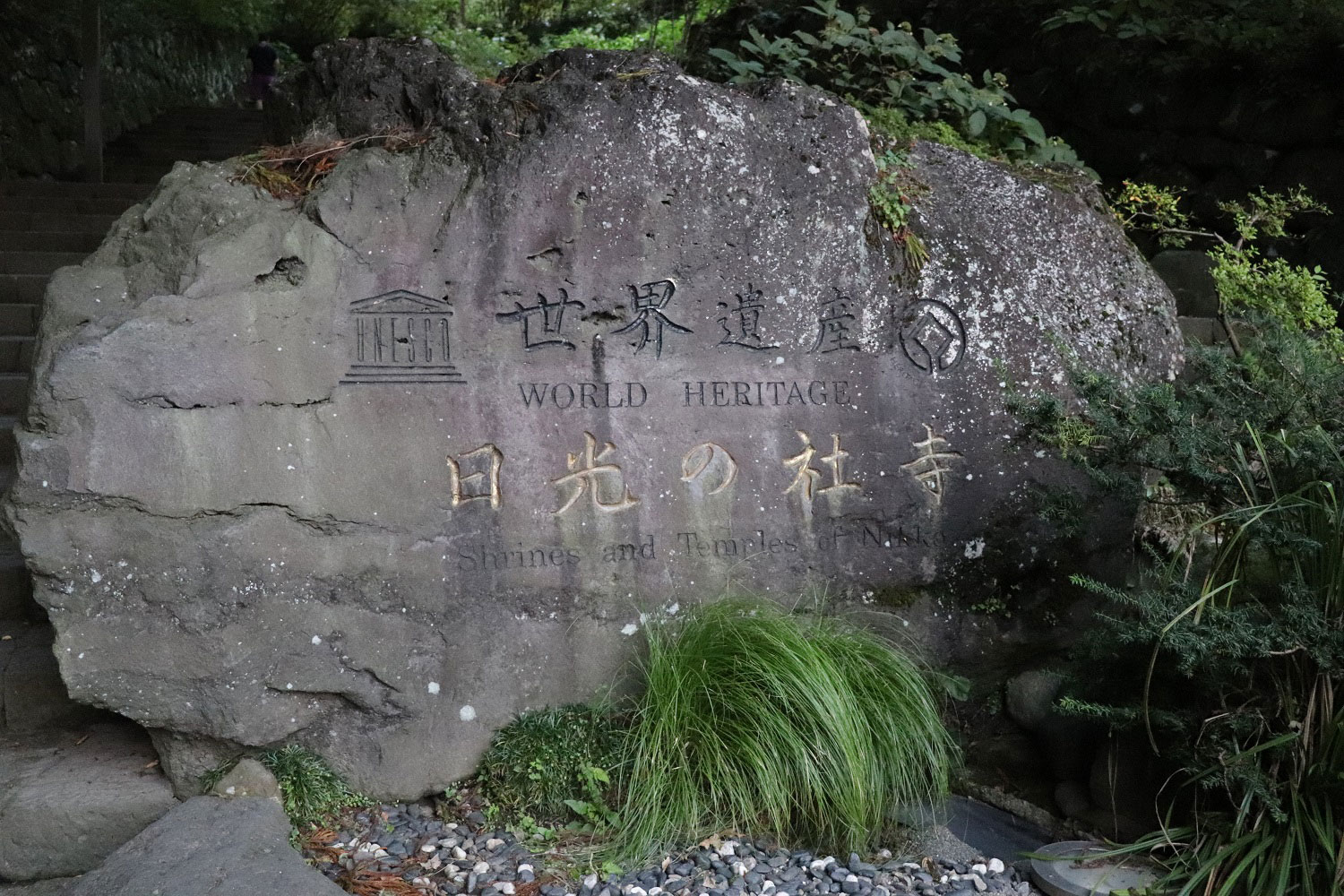 A little bit of history: The town was established when a monk named Shodo established Nikkosan Rinnoji Temple at the site, which you can still visit today. Several hundred years later, in 1616, Tokugawa Ieyasu died and wanted to be buried in Nikko amongst the mountains. In 1636, Tokugawa Ieyasu’s grandson turned the resting site into an extravagant shrine, Toshogu. He had his own mausoleum built there, called Taiyuin. You can see both sites in all their magnificent splendor today.

When you get to the station, you’ll either catch a bus up to the Nikko shrines or you can walk about 20 minutes through town. It’s a slightly uphill walk but nothing strenuous. First you’ll see the famous Shinkyo Bridge that marks the entrance to the shrine, but note that you must pay to go across it – but it’s said that if you do, your prayers will come true. It’s also the oldest bridge in Japan, with the current bridge dating back to 1636. 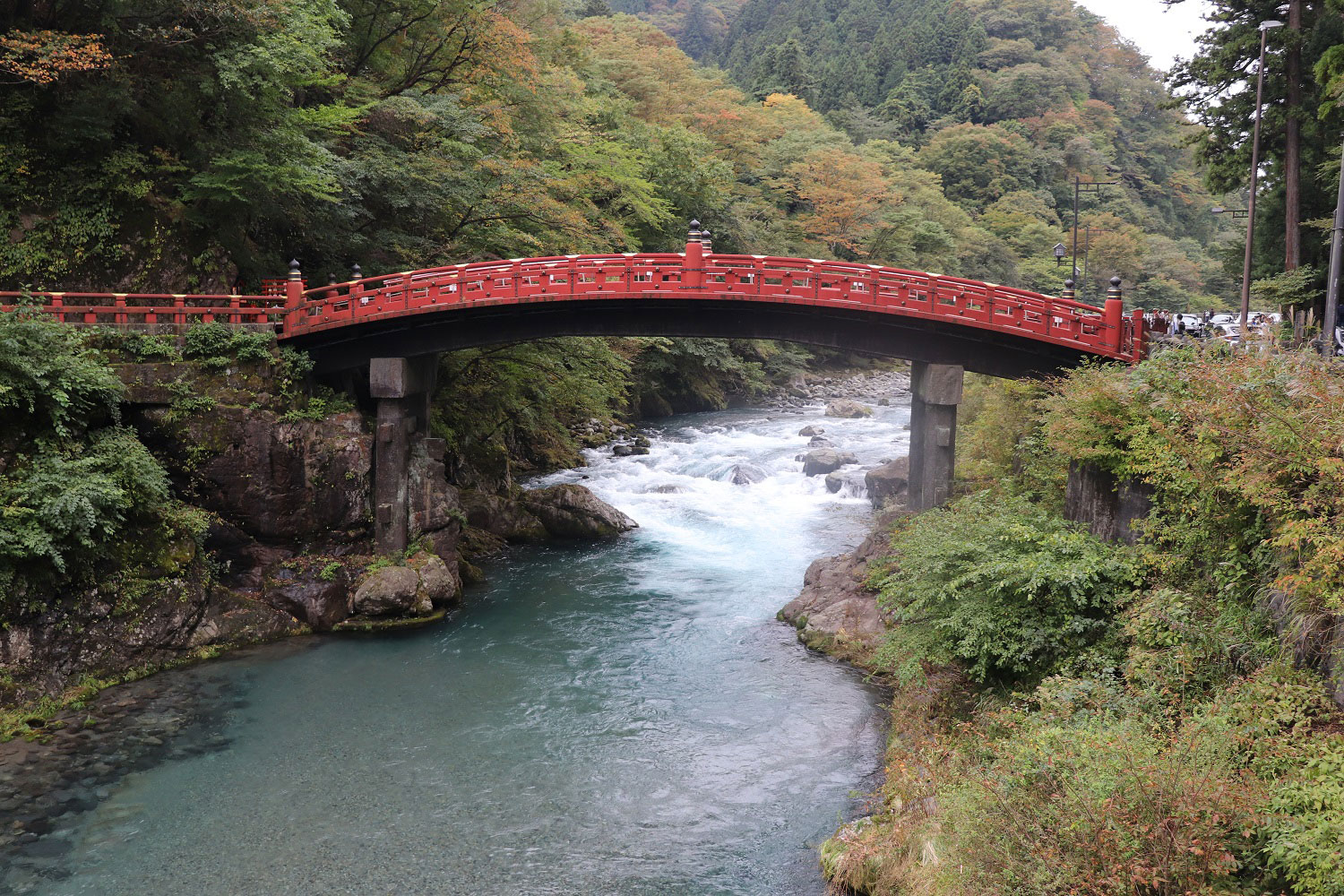 There are a tonne of smaller temples and shrines to see, but you’ll probably head straight to the main one, Nikko Toshogu, which is the shrine of the Tokugawa Ieyasu’s mausoleum. It’s a hefty price to get in – about 2100 yen – but the shrine itself is absolutely beautiful, and you’ll get to see many of Nikko’s treasured artworks. This also grants you access to Tokugawa Ieyasu’s mausoleum, which is up what felt like hundreds of stairs, and a small art museum. The shrine has a complex of buildings around it, so you can actually see a lot and spend an hour easily in the shrine. If you want to learn more, there’s also a museum with Edo-era artefacts that has a separate entrance fee. I cannot entertain a visit to Nikko without visiting the Toshogu Shrine as it is absolutely amazing and amongst the best we got to see in Japan. 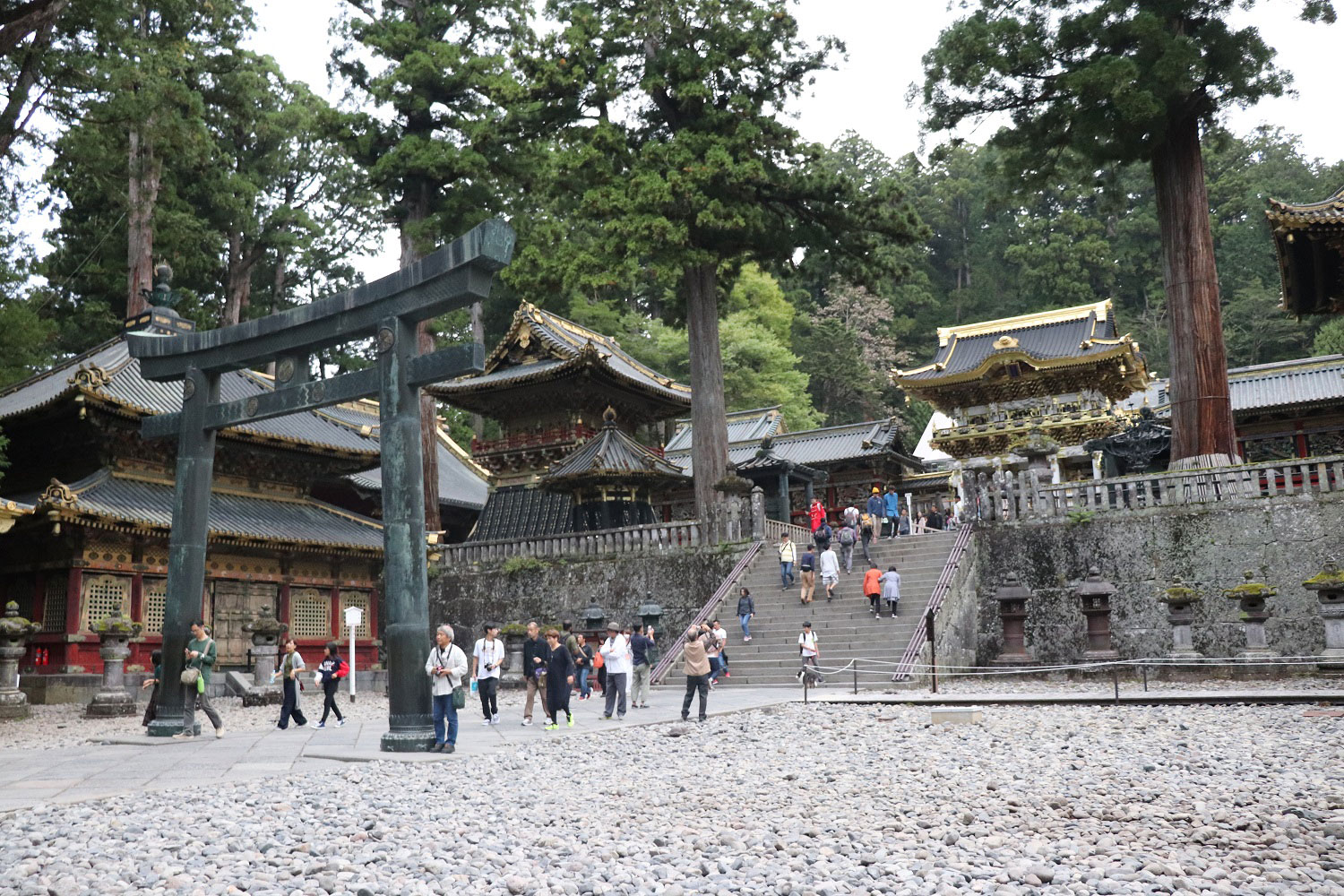 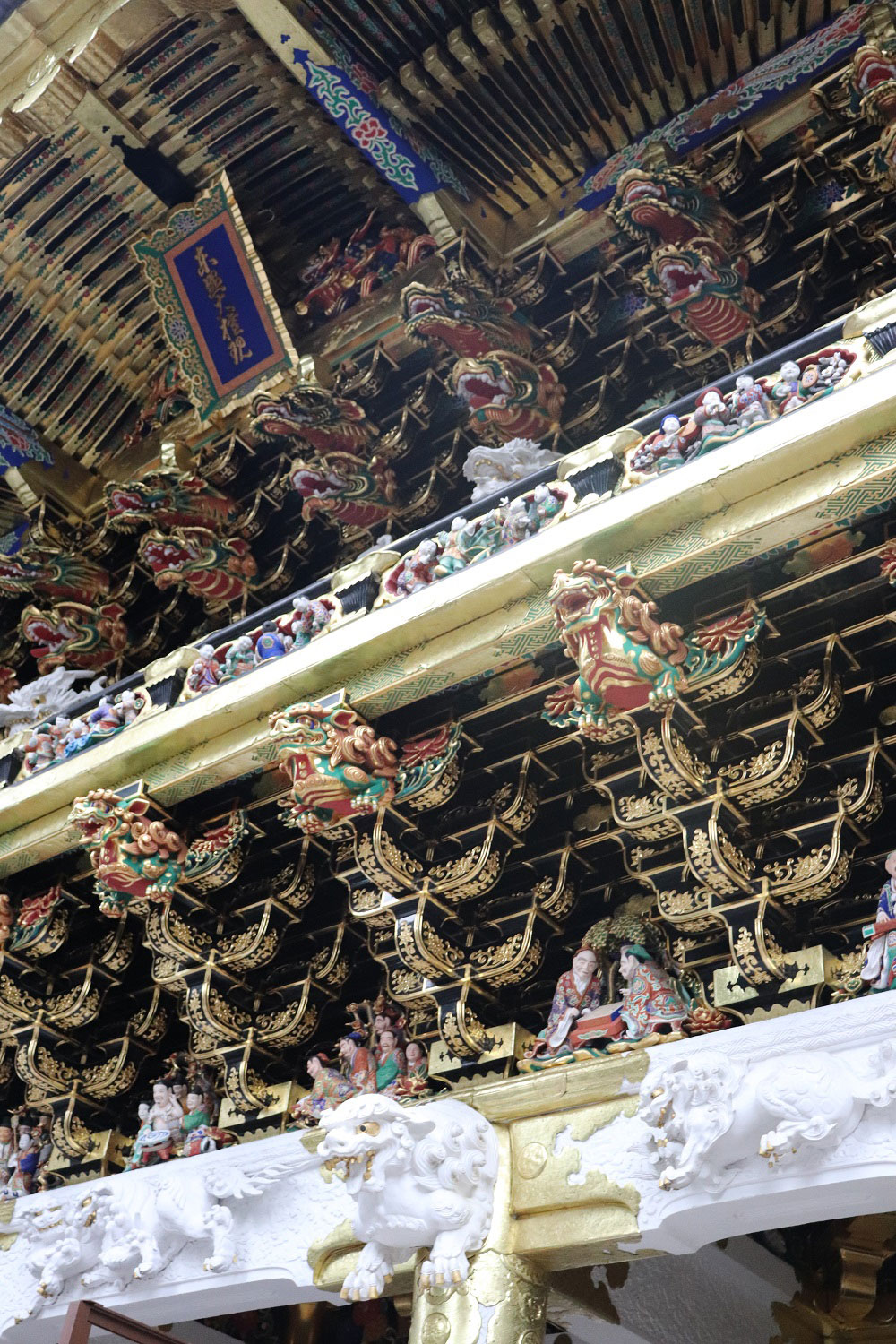 Aside from Toshogu, there’s also Futarasan jinja, which is cute but severely unimpressive after going to Toshogu. The Taiyuin Temple, the mausoleum of grandson Iemitsu. It is much more gorgeous but we were too tight on money to go inside, which was a huge shame. If the inside was anything like the entrance gate, it must be beautiful! It’s a complex of a bunch of different worshipping areas. To experience Nikko in the best way, you should be prepared to pay a lot of money to see everything. It’s not a great budget destination. 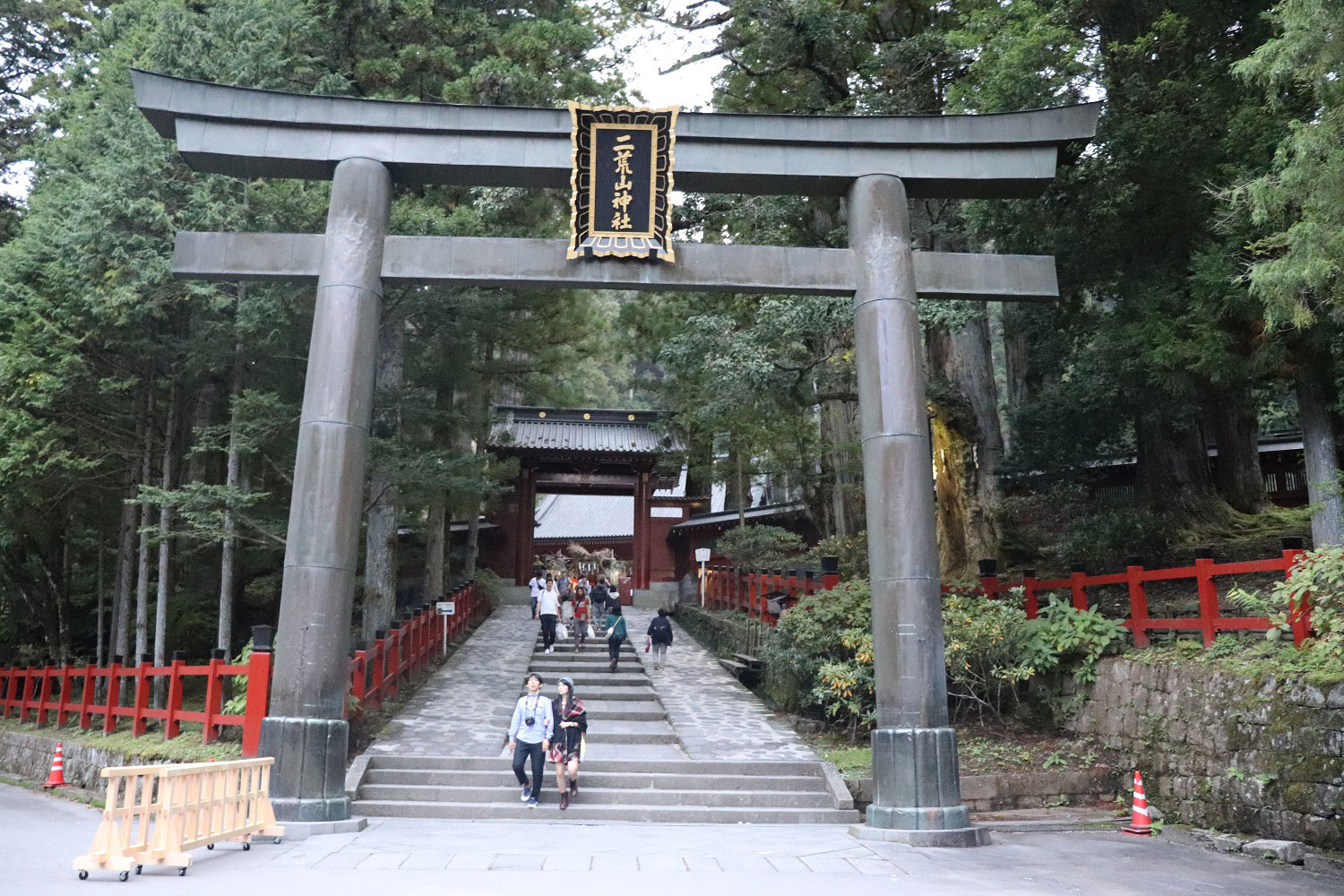 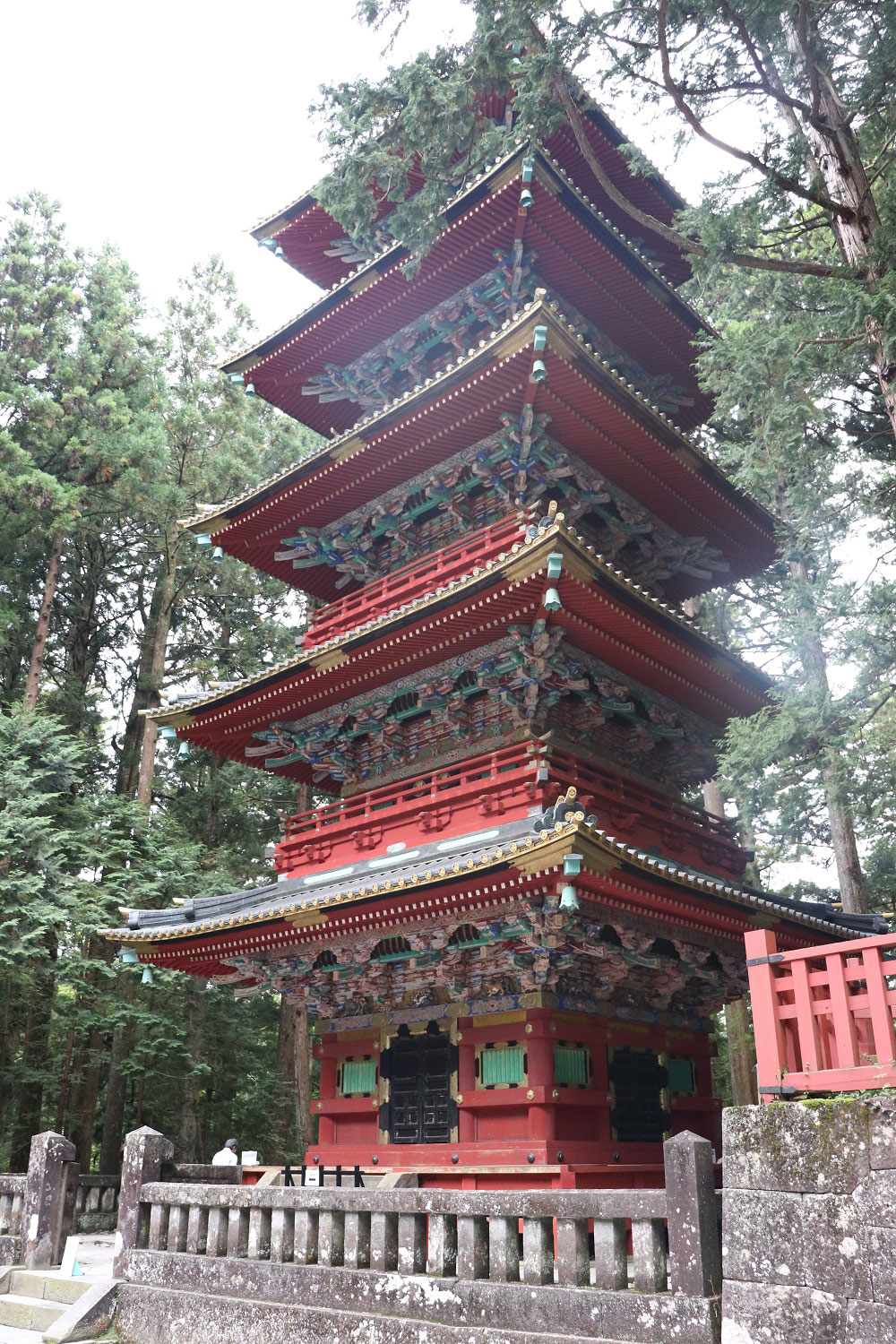 There’s some more to see if you walk away from the main shrines. The Kanmangafuchi Abyss has the traditional monk statues and the Nikko Tamozawa Imperial Villa Memorial Park has a villa and gardens to explore. If you build in some extra time, there’s plenty of walking/hiking to do in Nikko, which is an excellent suggestion for people who’d like to get outside more on their trip to Japan. You could also hike to Chuzen-ji Temple, another shrine founded by the monk Shodo. It is about 20 kilometres away from the main shrines of Nikko and it’s up a mountain.

The Rinnoji Temple is also quite popular but was closed for renovations when I was there. This was the first temple of Nikko.

What really struck me about Nikko was that it’s in such a natural environment. Japan is so filled with telephone lines, power lines, other types of lines, roads, and all kinds of modern man-made things, but the mountains around Nikko were absolutely gorgeous and seemingly untouched. Going into the woods where the shrines were was absolutely amazing! It was a much-needed break from the huge city of Tokyo. 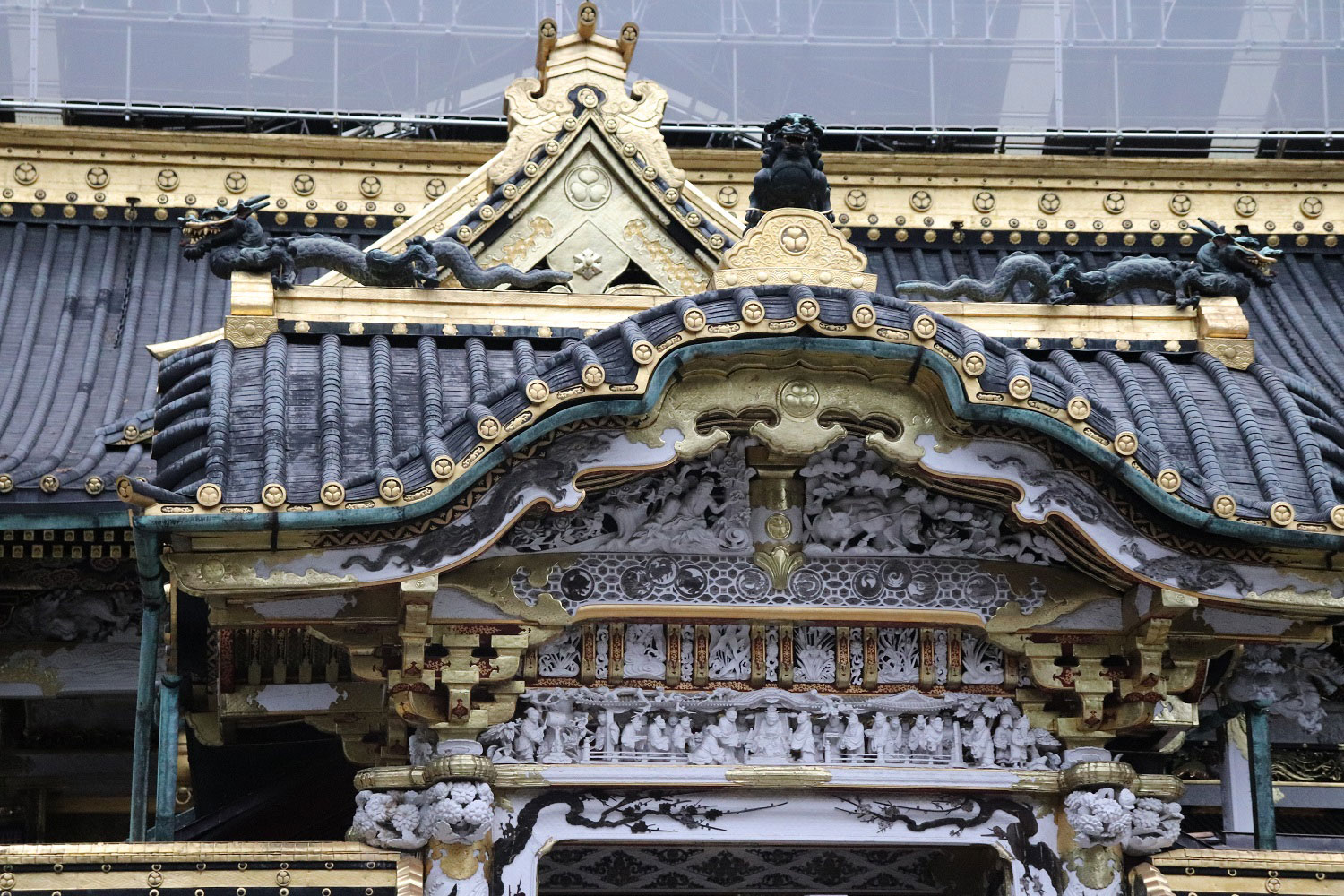 Even though it looks like everything is really close in Nikko, the differences in elevation make it more spread out than anticipated (yes, there will be a lot of walking). You should be prepared to do a lot of uphill walking, so bring a full reusable water bottle. We got a few hours in but spent most of it exploring the Toshogu Shrine and missed out on some other things we wanted to see. It definitely deserves a whole day to see everything without rushing. Also plan ahead since several attractions do cost money and seeing them all can end up being pricey. 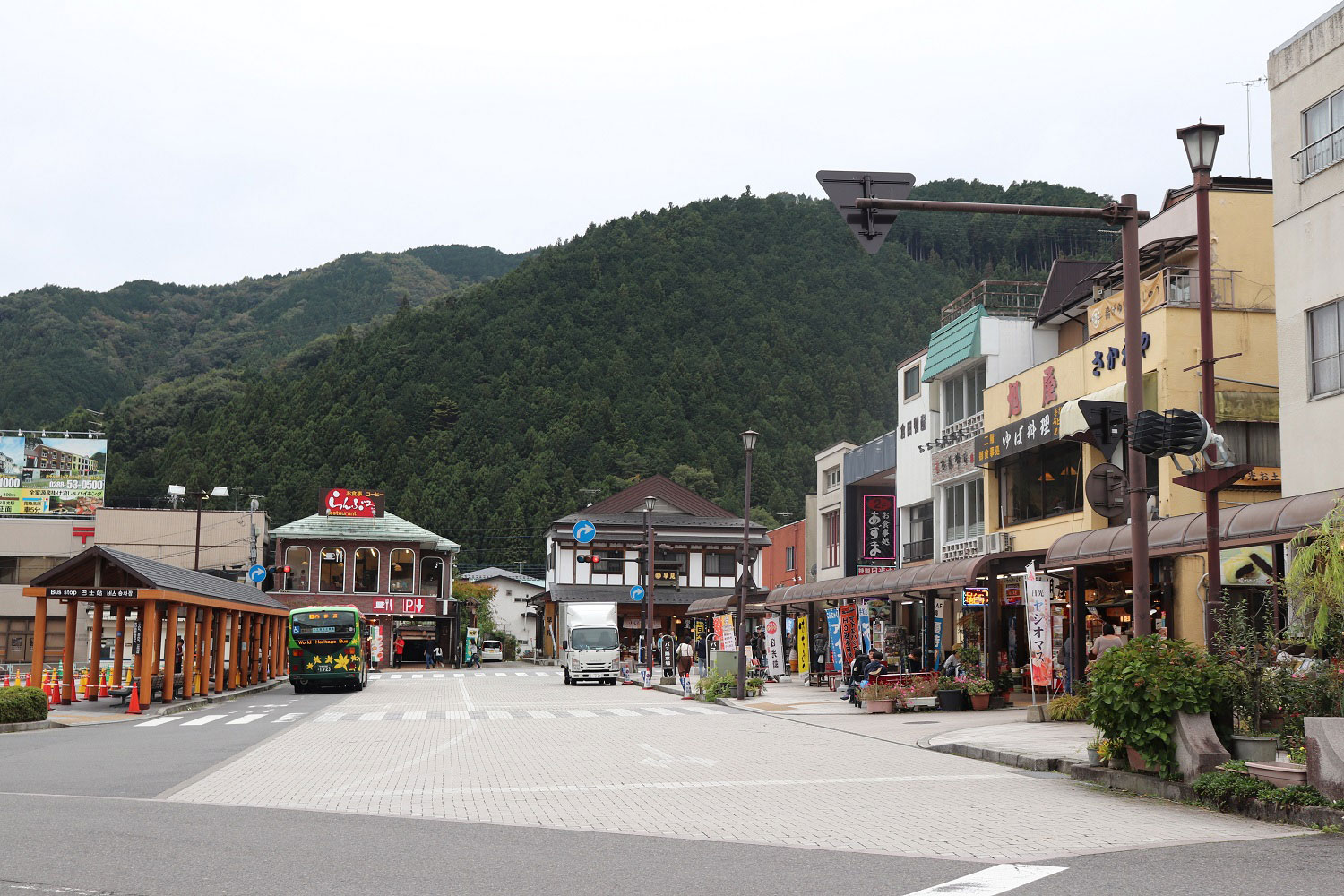 There’s also a nice selection of restaurants, cafes and stores to stop in. Tochigi prefecture is known for their strawberries, so be sure to eat some of those before you head back to Tokyo. We also found a place that sells gold leaf ice cream near the train station so you can try that without having to go to Kanazawa (though why wouldn’t you want to visit Kanazawa as well?)

Tip: Everything closes with the temples and shrines at around 4:00pm, so make sure you get your lunch or a snack and be prepared food-wise for the evening if you’re staying over. 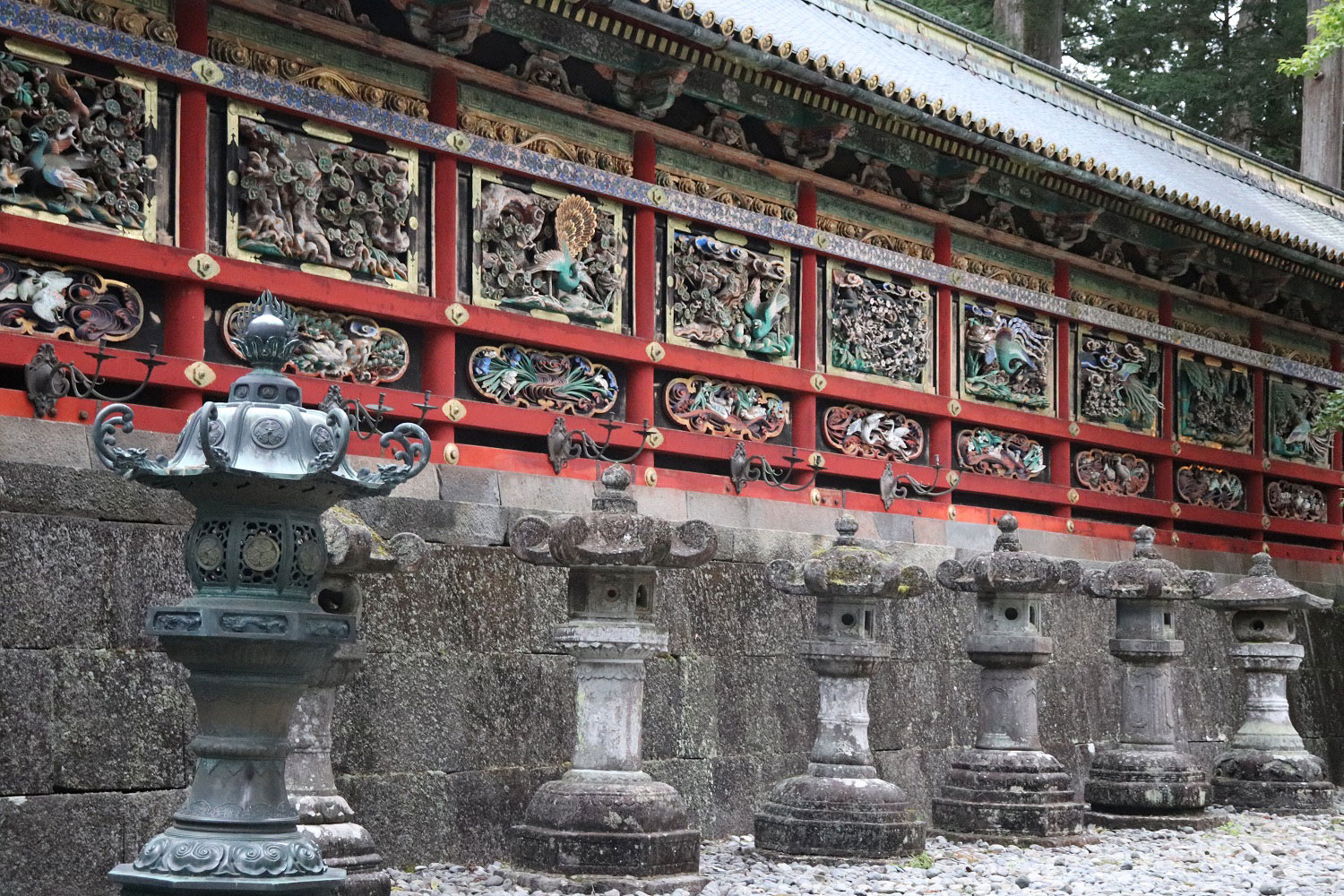 Getting there: From Tokyo, you can go to Utsunomiya and then transfer to Nikko (the signs at Utsunomiya are super clear about where to go). We had difficulties finding the train to Utsunomiya but train stations have places where you can ask attendants for help. If you take JR services, it is included in your JR Pass. When you get to the station, there is a bus that will take you up to the shrines. However it’s only about a 20-minute walk and you’ll pass lots of restaurants and shops. 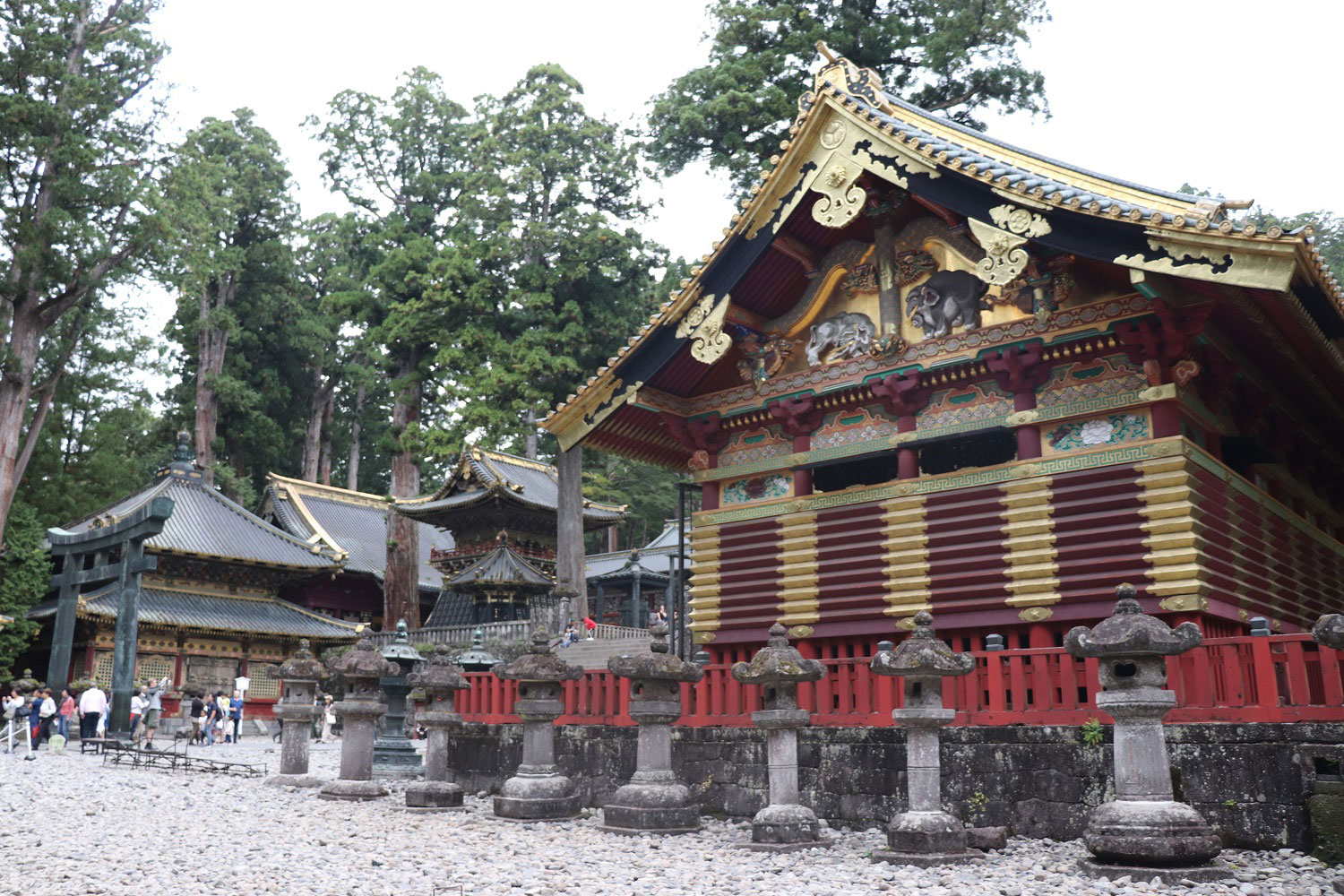 Have you ever been to Nikko? What did you think? 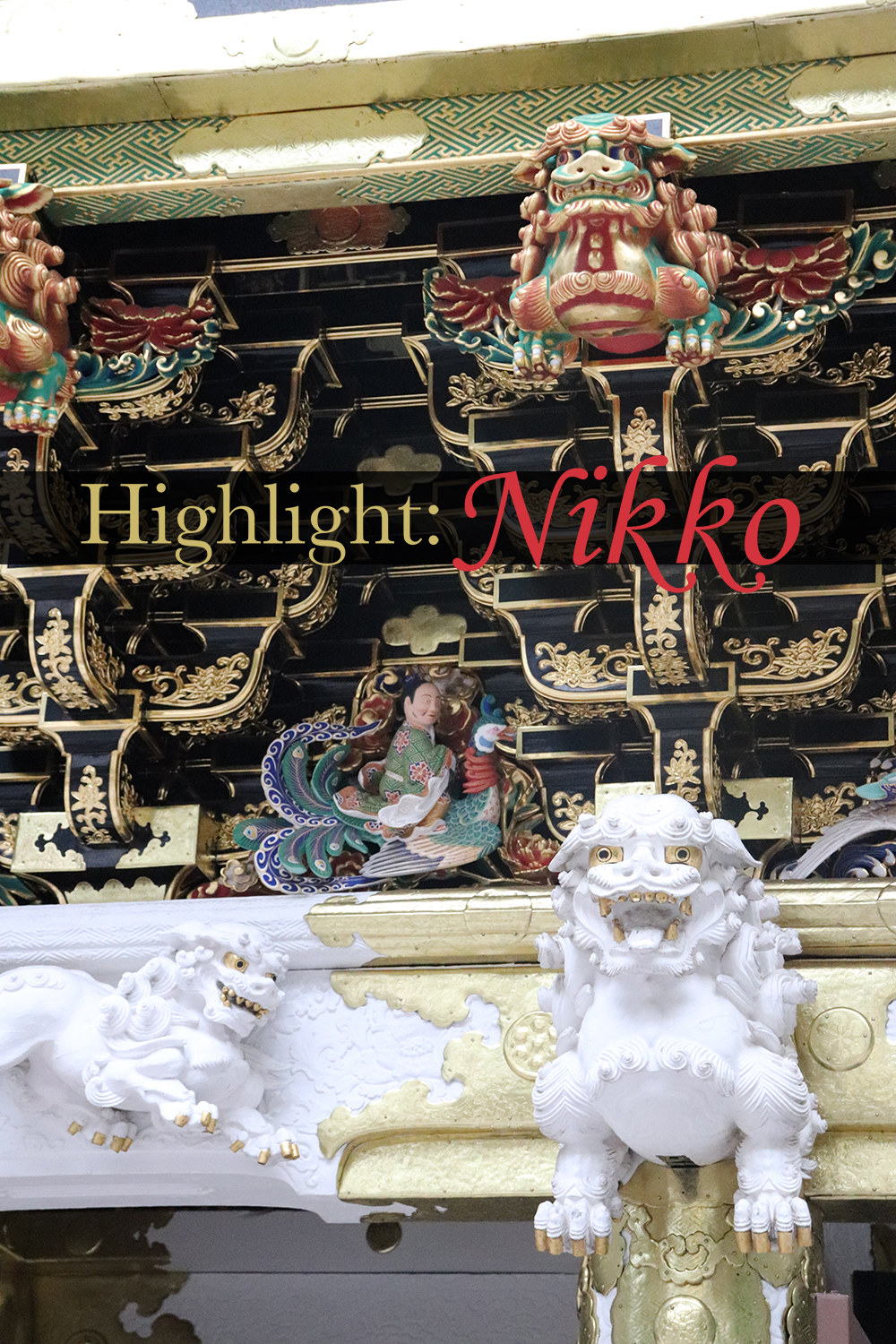 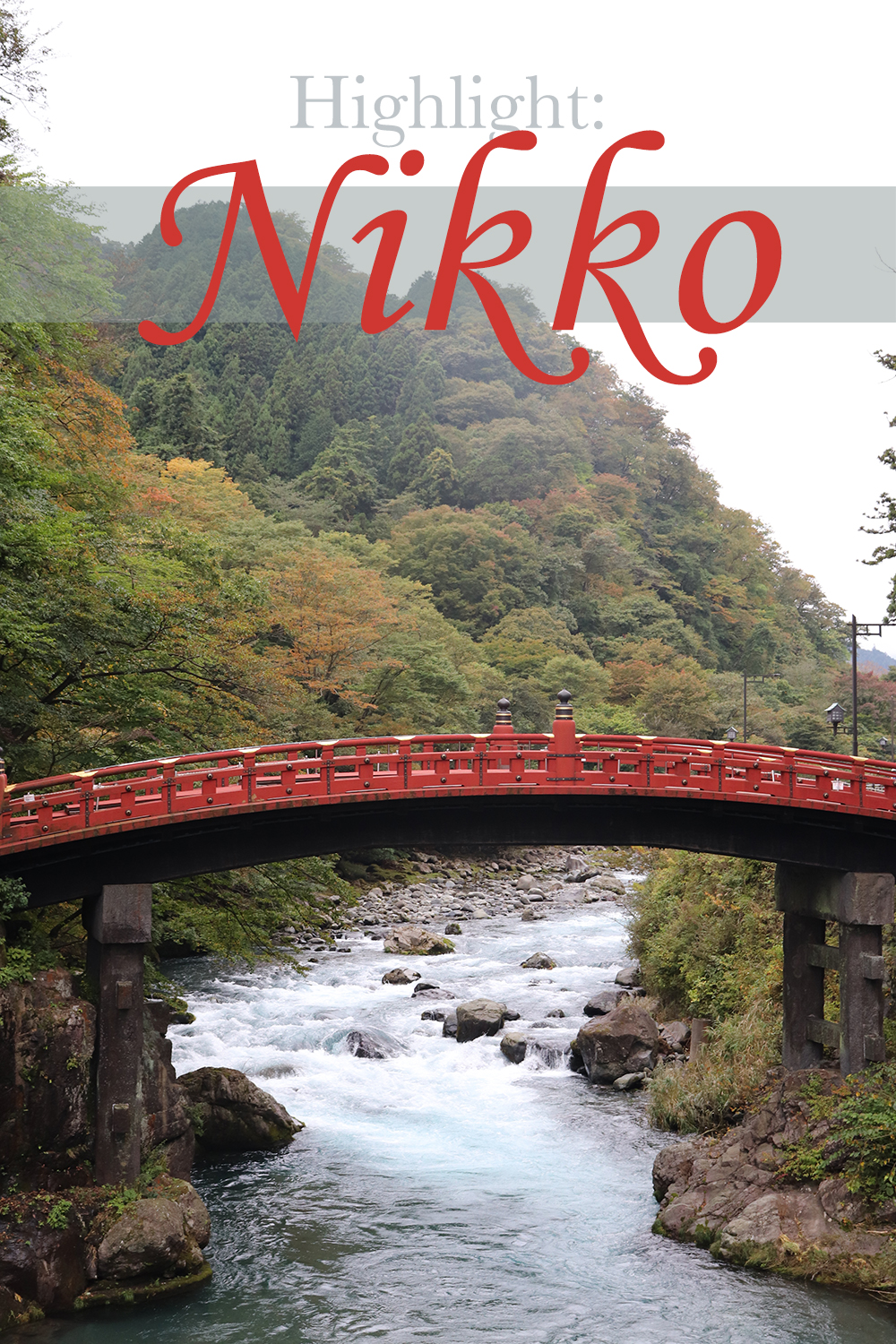 2 Comments on "Highlight: Nikko – Things to Do & Travel Guide"