Chicago, Windy City, Chi-Town. Undoubtedly Chicago is one of the most landmark cities in America. Known for sports and hot dogs, you can’t possibly take a modern architecture class without learning about Chicago and its impact on architecture: the skyscraper. If you’ve taken an art class, you’ve probably also heard of the Art Institute of Chicago, which has notable artworks. That is basically all I knew about Chi-Town when I set off for my social distancing trip. I did a lot of research on things to do and areas to visit, but there was no real expectation when I went. The city when I arrived did all the talking. 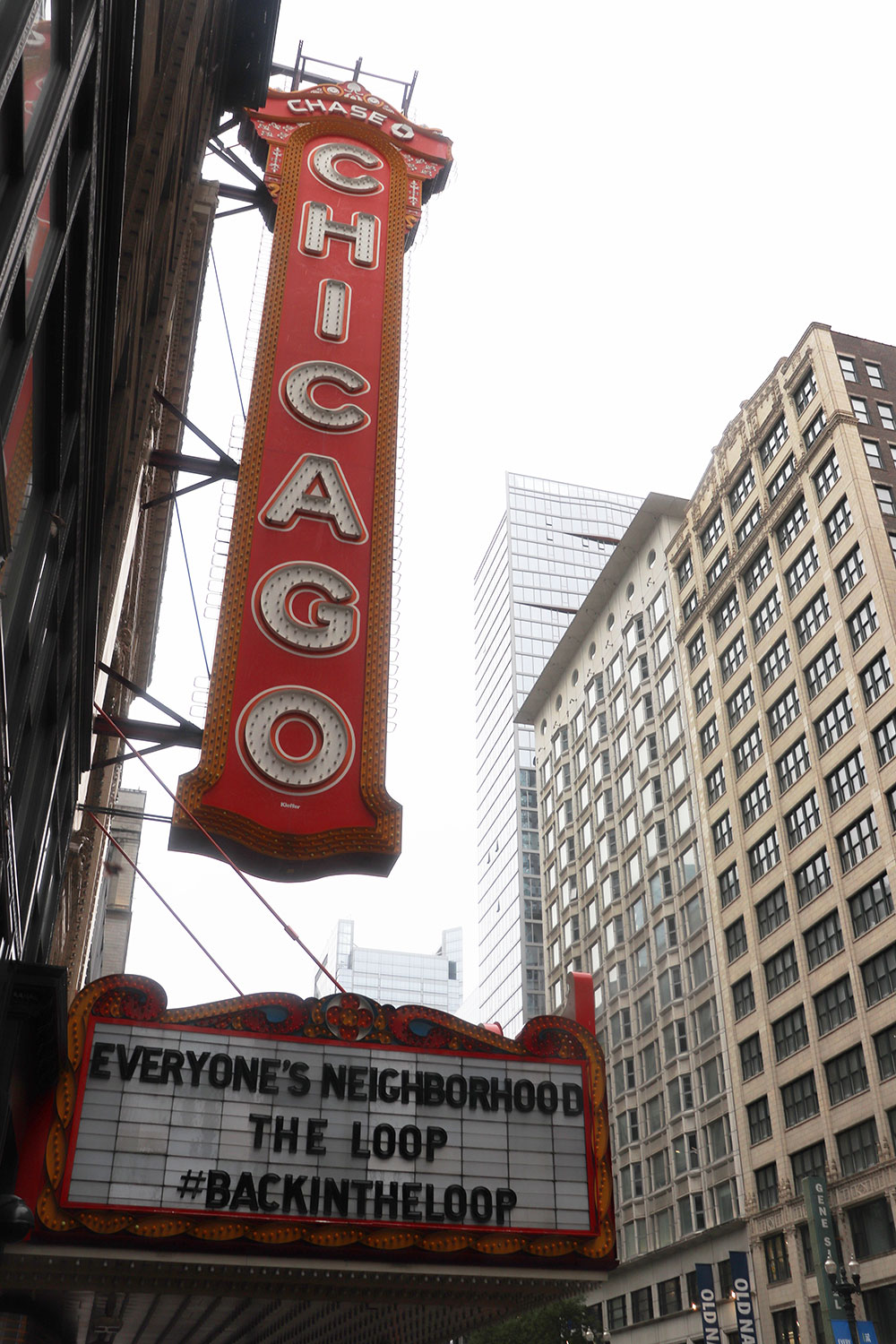 A little bit of history: This is what you’ve learned about in architecture class because it changed the world: The Great Chicago Fire of 1871. The traditional story go that a Ms. O’Leary’s cow knocked over a kerosene lamp which ended up burning down the city. Modern scholars believe she was framed but history remains unchanged. A huge chunk of the city burned down, minus the water tower made of limestome. (You can still visit the water tower today – it’s an art gallery.)

So, they rebuilt but were no longer allowed to construct with wood because, obviously, they didn’t feel like doing the whole Great Fire thing again. This is when steel arrives as a more fire-resistant material. Then comes in the Home Insurance Building by William LeBaron Jenney, the world’s first skyscraper. It was developed from the genius idea that maybe building down will cause more support for building up, and it was actually a huge realisation. We take the tall towers of New York City and beyond for granted now but it must have been amazing to live during this time period and see the incredible changes taking place every day.

Chicago was actually not a very old city at all when it caught on fire. It had been a spot for nomadic Native American tribes to stop for millennia and in the late 1700s, early 1800s, it served as a very small town for fur trade. Like Native Americans before, white Americans used it as a place to stop through. It wasn’t until around the 1830s that a town and eventually a city developed. It had been around for only 40 years when it all burned to the ground.

After the fire and the Home Insurance Building, Chicago became a playground for architects to try out new building techniques and styles. You’ll notice that a lot of the buildings are of the International or “less is more” design, and quite a few are by famous architect Mies Van Der Rohe. You also can’t have taken a modern architecture class without learning of Sears (now Willis) Tower, the tallest skyscraper of its time. While architects were making history, Chicago also became a hub for immigrants. Both of these aspects of Chicago’s history are very prominent in the city of today. So what is Chicago actually like? Honestly, it reminded me so much of New York City in many ways. The downtown area, also referred to as The Loop, has a tonne of skyscrapers and it feels like it goes on and on and on. And it is a very big city! Walking without stopping from one side of the loop to the other can take around half an hour and that’s a very small part of the city. There’s also very clear immigrant influences throughout the city, particularly with all the amazing local places you can eat (blog post on vegan Chicago coming soon!). But it differed in many ways. Firstly, Chicago is on the beautiful Lake Michigan, which looks like an ocean. The colours of the lake are so beautiful and it it makes Chicago feel like an oceanside city. Also, many neighbourhoods outside of the central part of Chicago feel more like towns. It’s a drastic mix of large and small, possibly overwhelming and then completely calming.

I’ll return more to exploring Chicago but first, I want to talk about the things I did there as a tourist. One of the things you have to do is take an architecture tour to get a brief overview of the city. This can be done as a walking tour or self-guided tour, but I opted for a fun river cruise tour. A lot of Chicago’s main architecture can be seen from the river so it makes for a relaxing but educating tour. I’m old-fashioned so I personally liked the Wrigley Building, Tribune Tower, and the Carbide and Carbon Building. I also loved the Marina Towers, which look like corn cobs, and 150 North Riverside. The former looks like corn cobs and the latter is a huge building that had a foundation about 20% as wide as the building, so it looks kind of terrifying but awesome. To learn more about Chicago architecture, there is an architecture centre that has exhibits and different tours. 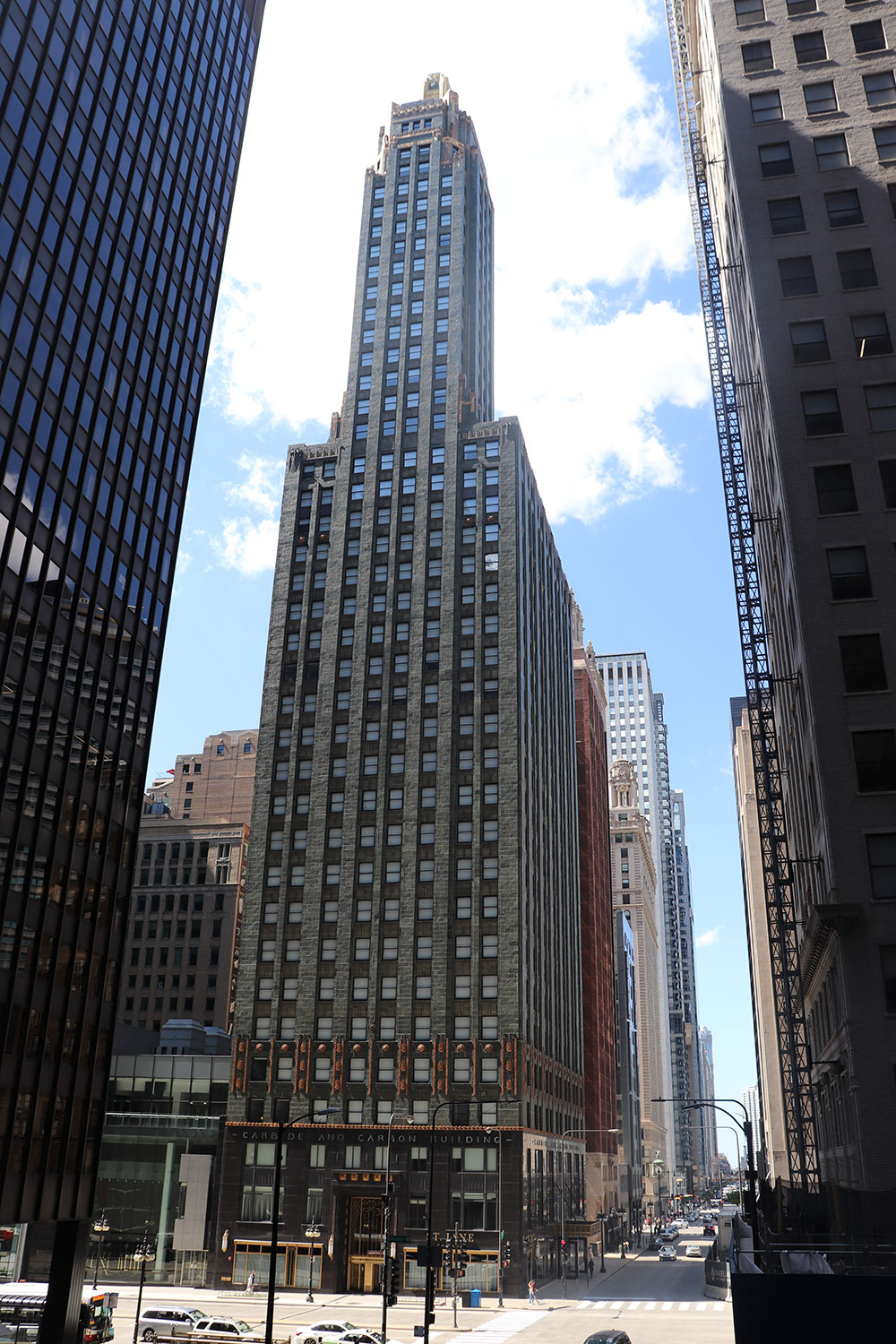 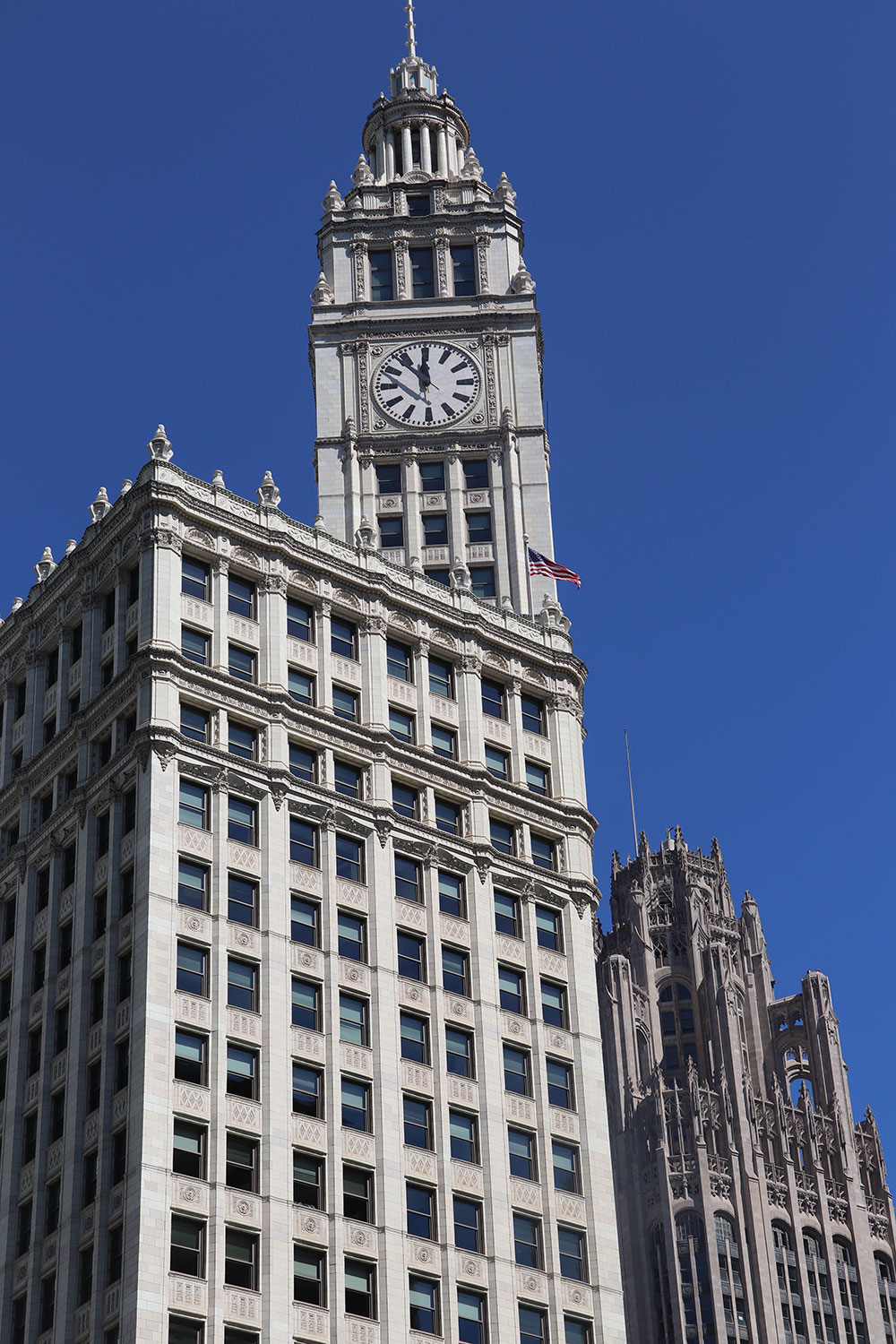 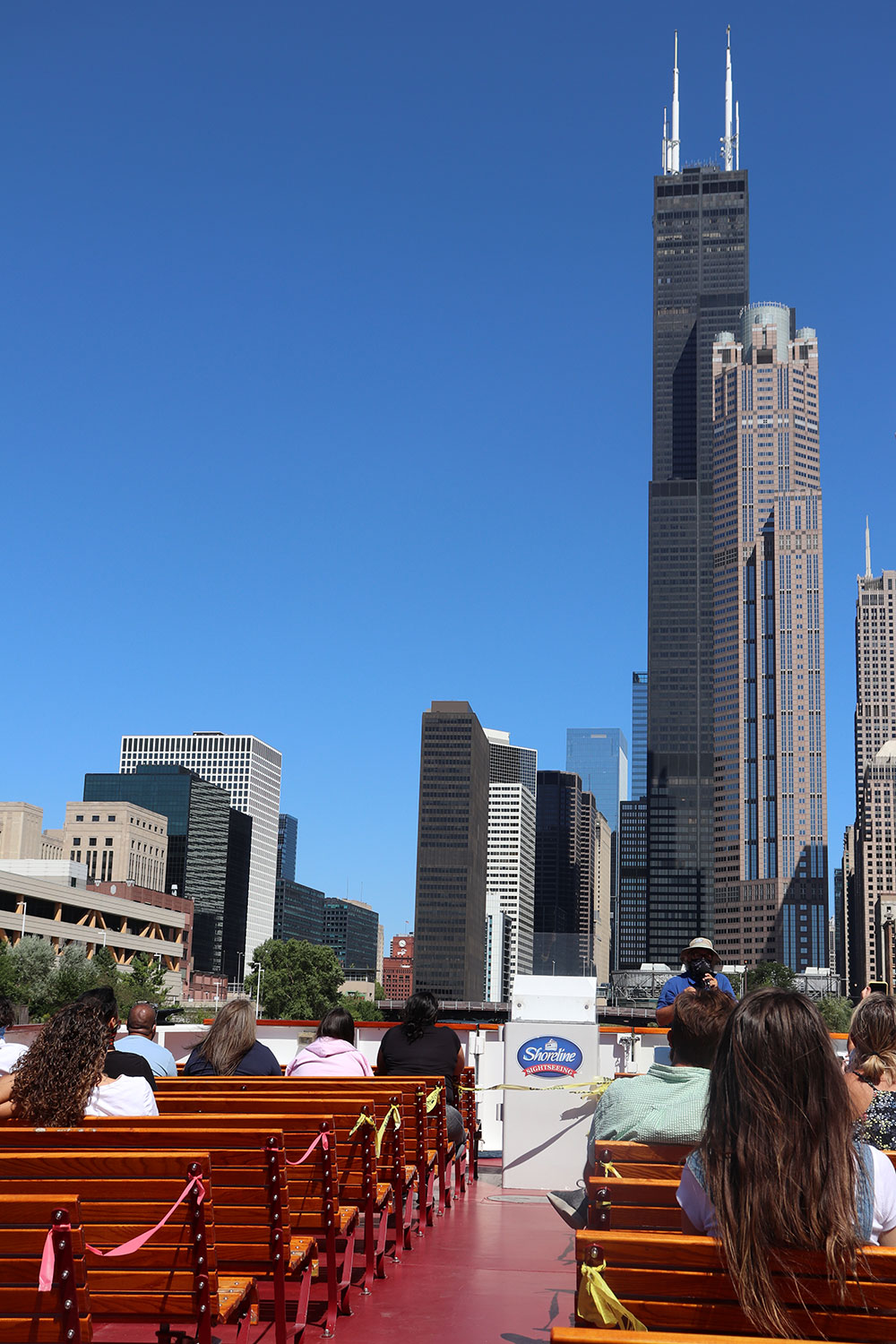 For some nice views, you can have a walk on Navy Pier. You can also head to one of the city’s several beaches, which have great skylines. Unfortunately the beaches were closed due to COVID when I visited but the waters of Lake Michigan were so beautiful, I was dying to go swimming in them! There’s also bike and pedestrian trails on Lake Shore Drive and Chicago Riverwalk. If you bike, you’re in luck – Chicago’s a very bike-friendly city! 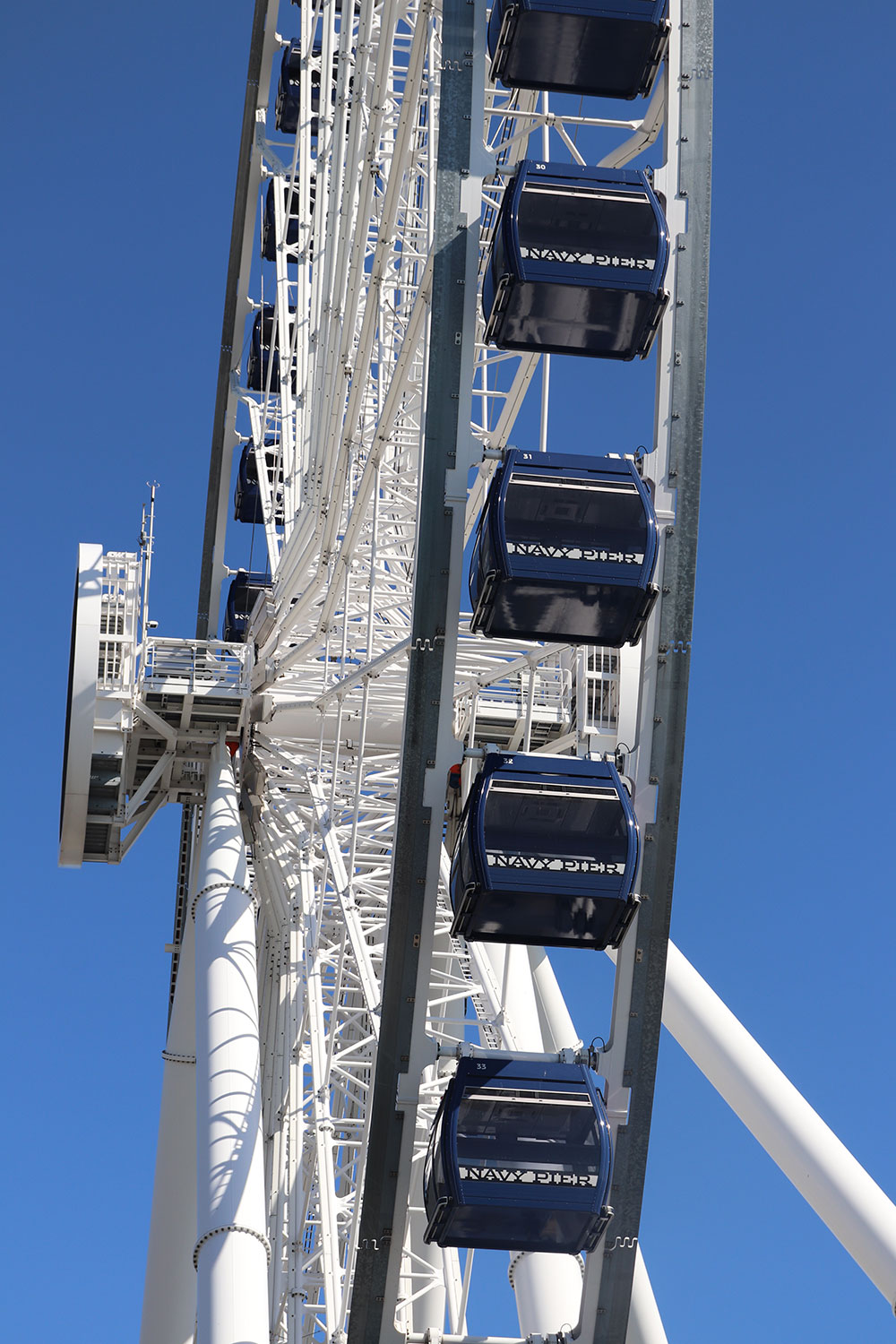 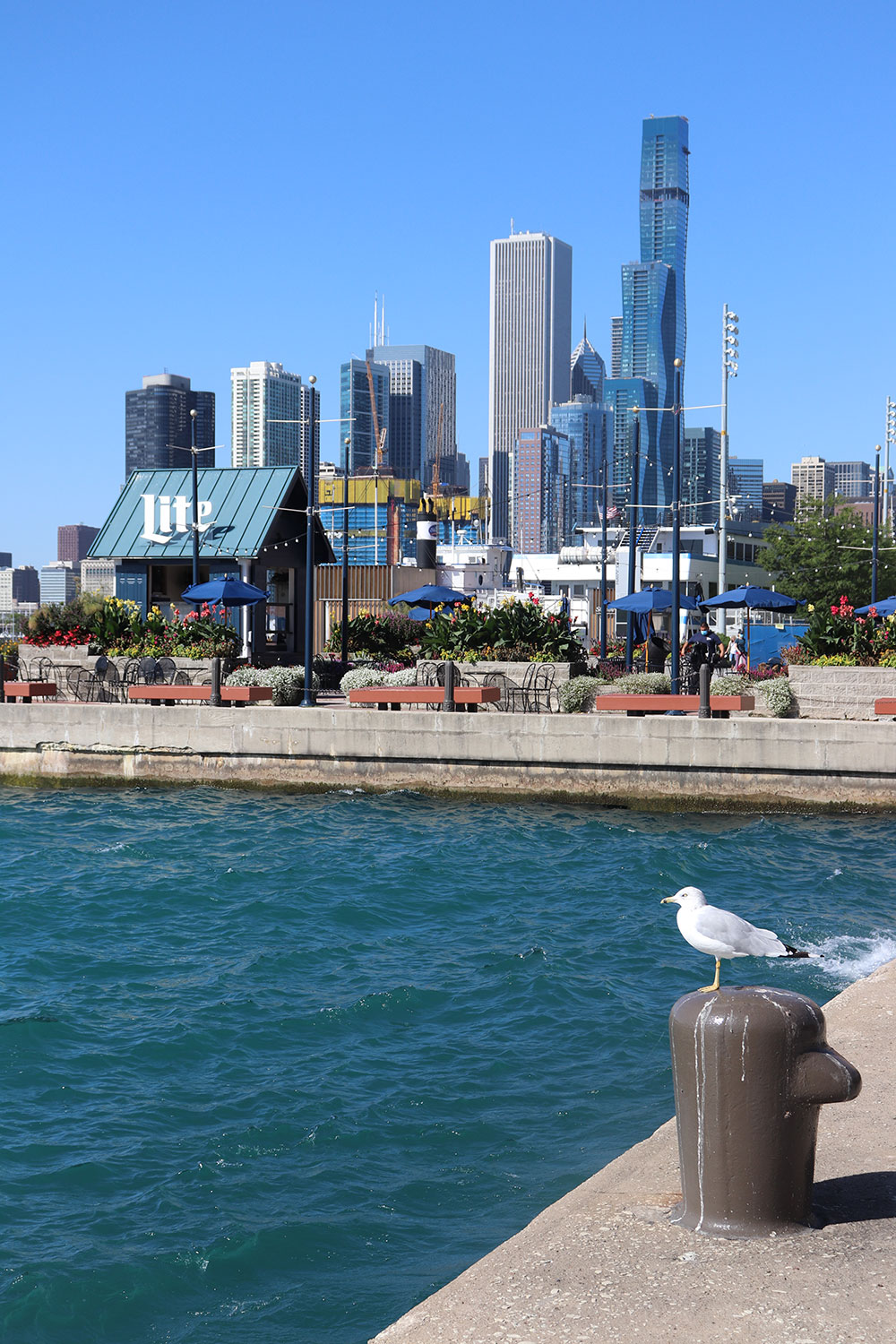 Fun Fact: the Ferris Wheel made its debut in Chicago

Of course I had to visit the Art Institute of Chicago, highly talked about by my art history professors. The collection is actually not as large as I had anticipated but they have a great range of different types of art. They also have famous artworks in their collection, such as American Gothic and The Bedroom but a lot of their collection is actually lesser-known works by well known artists. They have a lot of impressionism and modern works – a lot of Warhols. I also loved the miniature rooms they have that were created to show different types of interior design styles (mostly around the colonial age of the United States). It’s definitely worth a stop in for anyone who enjoys art. Allow yourself several hours to see the collection, maybe even the whole day.

Near the Art Institute are a bunch of parks that look like one big park. The most famous is Millennium Park which houses Cloud Gate, or “the bean” sculpture. It wasn’t a sculpture I was super excited about but seeing it in person, I gained a lot more appreciation for it. It’s all about seeing the way it moves with the skyline. 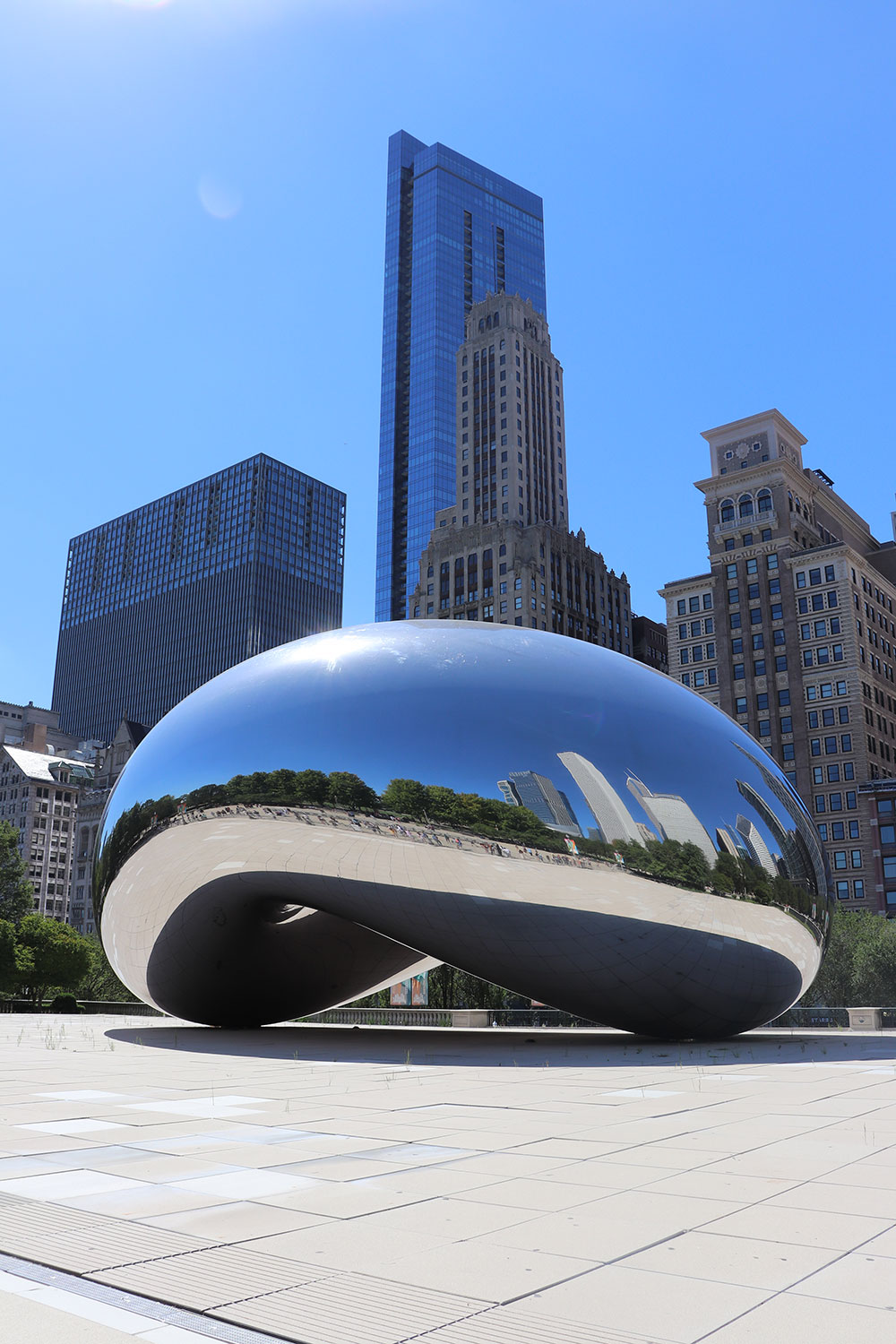 Another excellent museum in Chicago is the Chicago History Museum, which highlights the contributions Chi-Town has made to the world (and there are a lot of them!). They have a tonne of artefacts and a nice holistic view of Chicago. There’s a lot to learn there. The coolest part, for me, was seeing objects that survived the Great Fire. It’s like a time capsule to 1871.

I also got to visit the American Writers Museum, a new museum that’s very much needed and overdue. Though they have some fun word games and original writing tools of different American writers, the museum was basically an overview of American writers and movements, starting with colonialism. I was a bit disappointed since this is a huge subject that could take up so much space and the museum was kind of small. 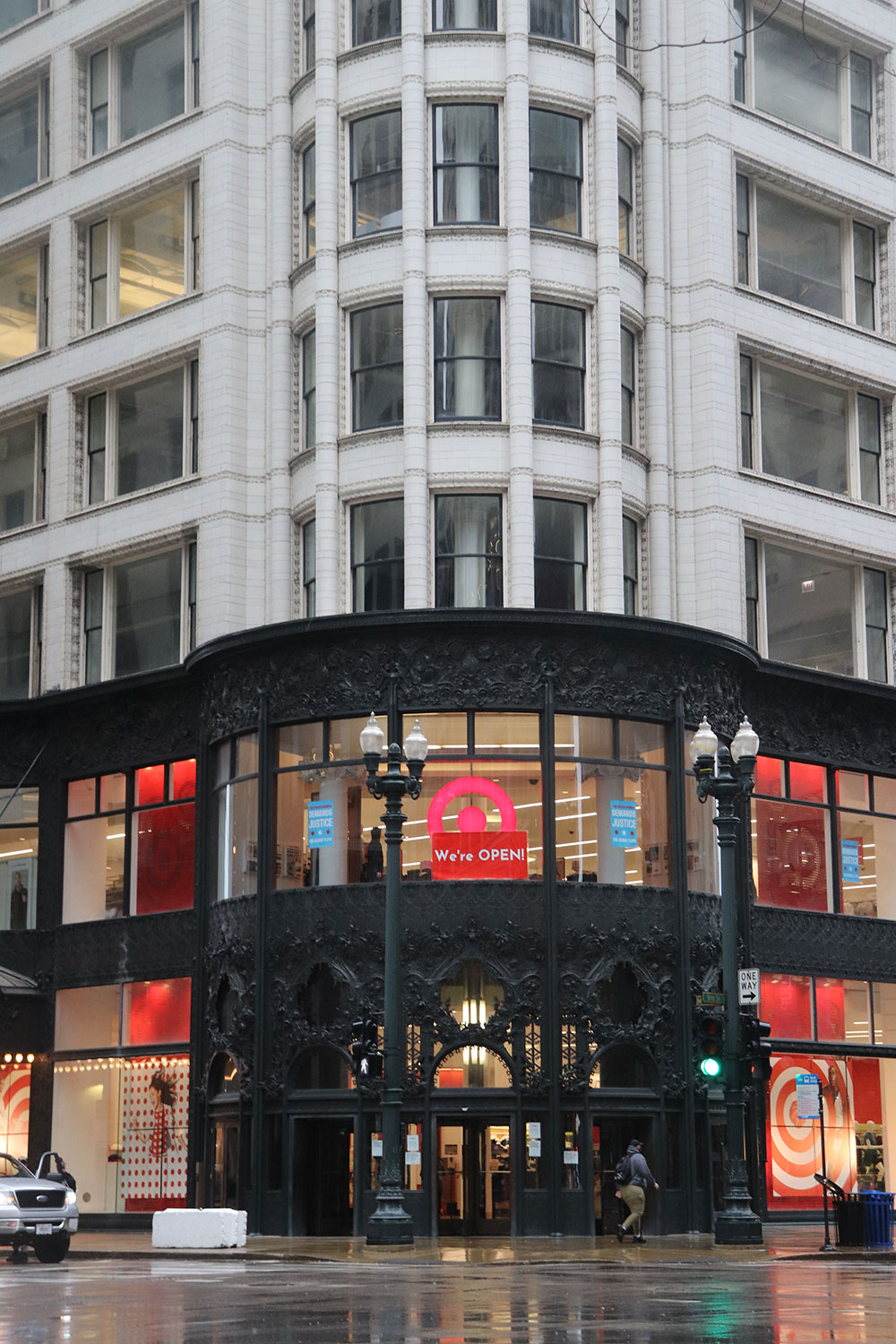 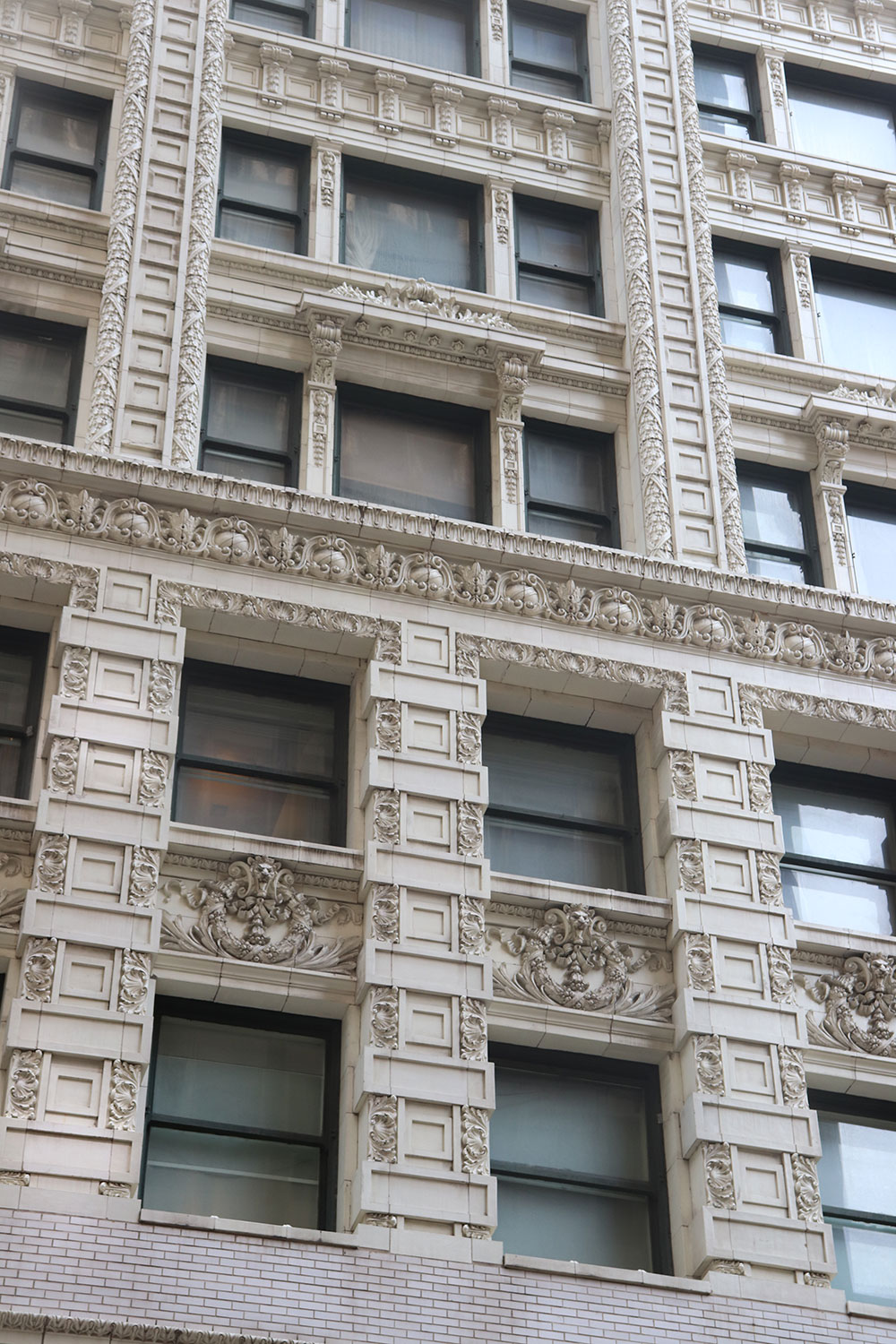 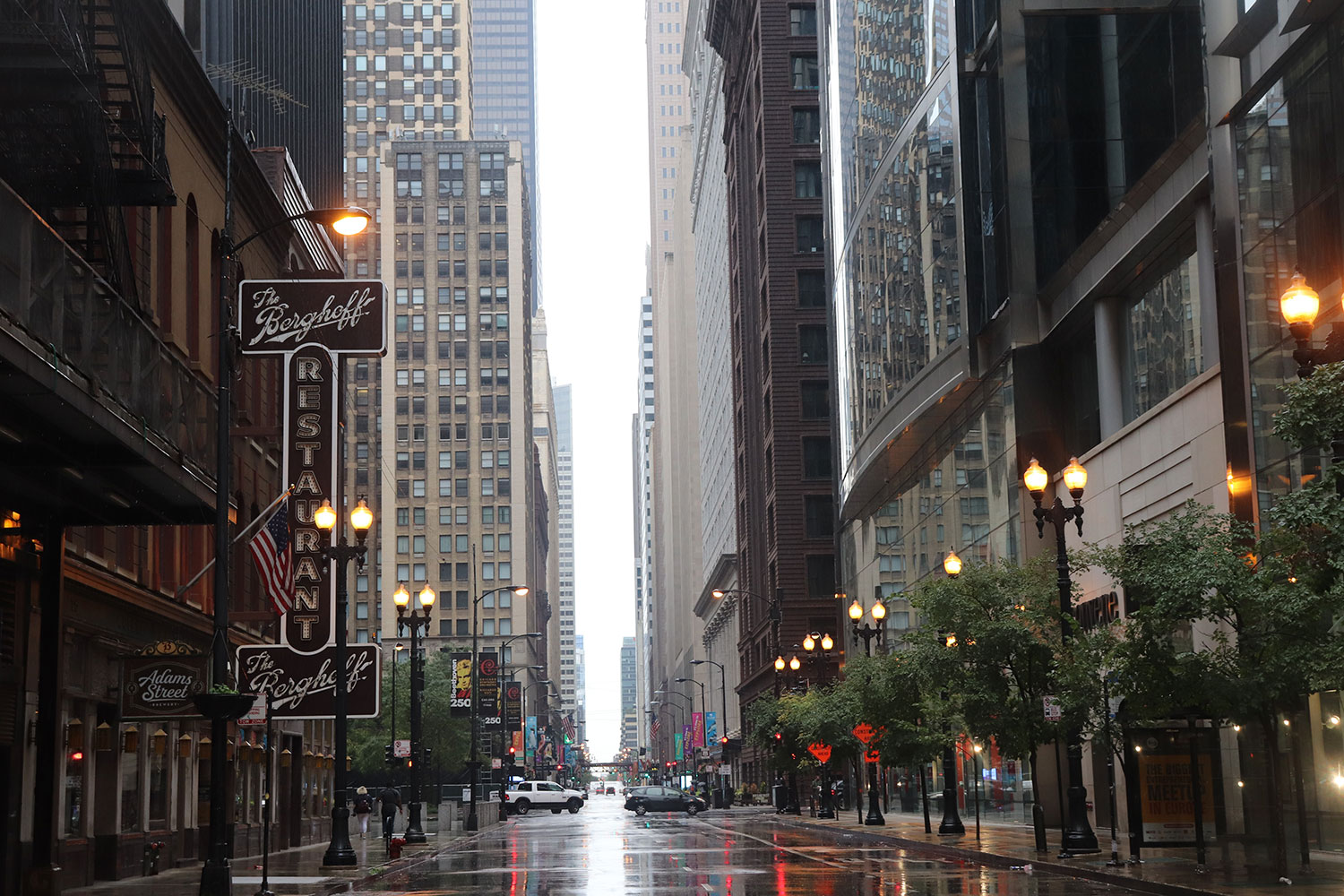 But I didn’t mind visiting the Writers Museum. My big fail of the Chicago trip was visiting the Museum of Science and Industry. I thought it would be cool to learn something new and branch out from my typical studies of art and history, but MSI is very much a children’s museum. It is not for adults at all, so it was kind of a huge waste. But, if you have kids, it is a great museum for kids.

Another place I absolutely did not like was 360 Chicago, an observation deck from the 94th floor. It sounds great but is severely overpriced at about $25-30. You can see everything during the day but there’s no references and a half-baked breakdown of neighbourhoods in the waiting area. It would’ve been so much better with some type of resource to tell visitors what they’re looking at. But more atrocious was the nighttime because you can’t see much beyond the skyscrapers. And they leave the lights on!! Fluorescent lights!! So you need to press against the glass to see anything other than your reflection. It’s a complete waste of money. Find a rooftop restaurant or bar when you’re visiting and you’ll get a lot more bang for your buck. There’s a lot more to do that I didn’t get to, including the Chicago Cultural Centre, known for its beautiful interior, the Field Museum, the DuSable Museum of African-American History, and the Adler Planetarium. Chicago also houses a Museum of Contemporary Art, the National Museum of Mexican Art and Oriental Institute. Being the large city Chicago is, there’s a lot more to do outside the realm of museum attractions, too. 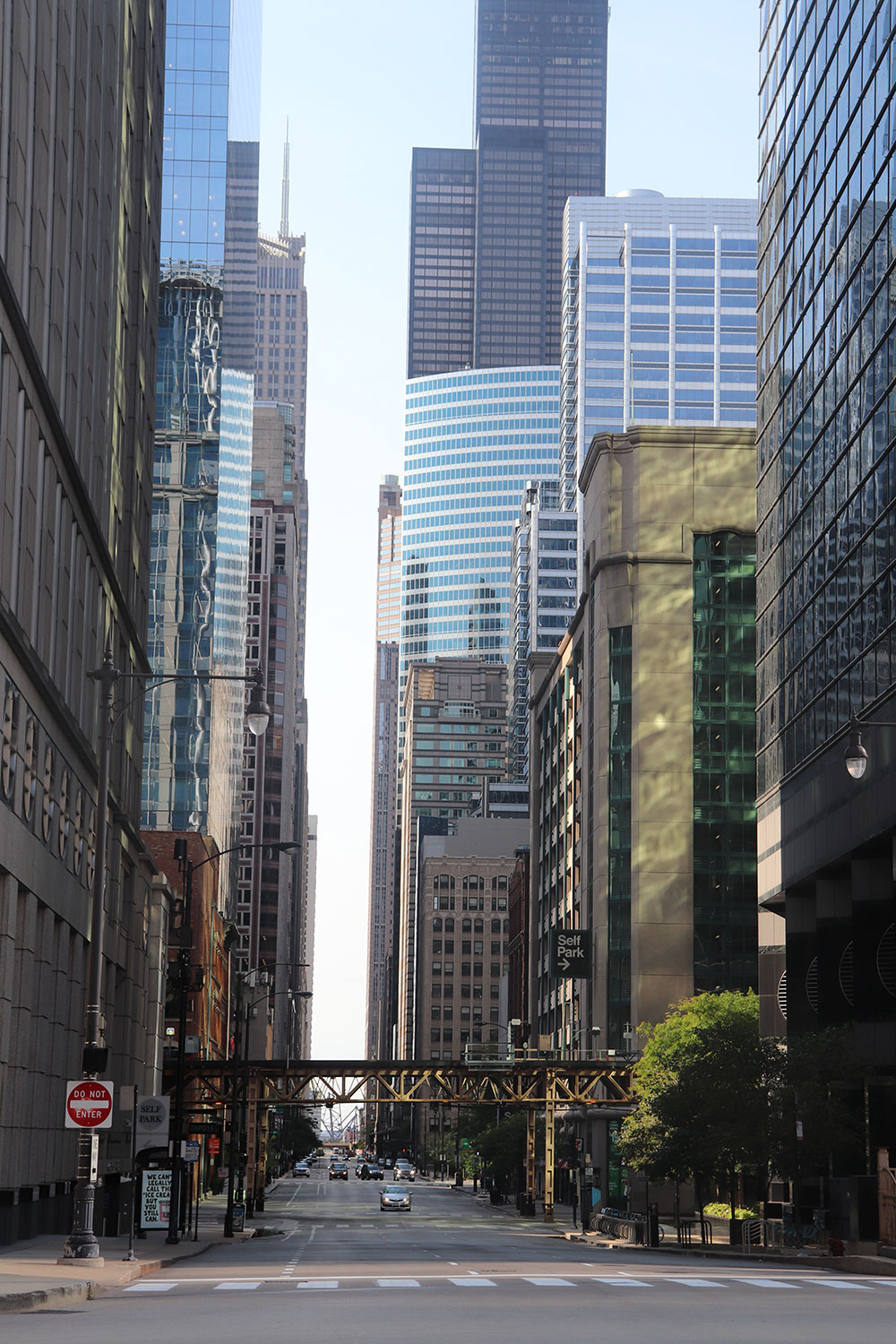 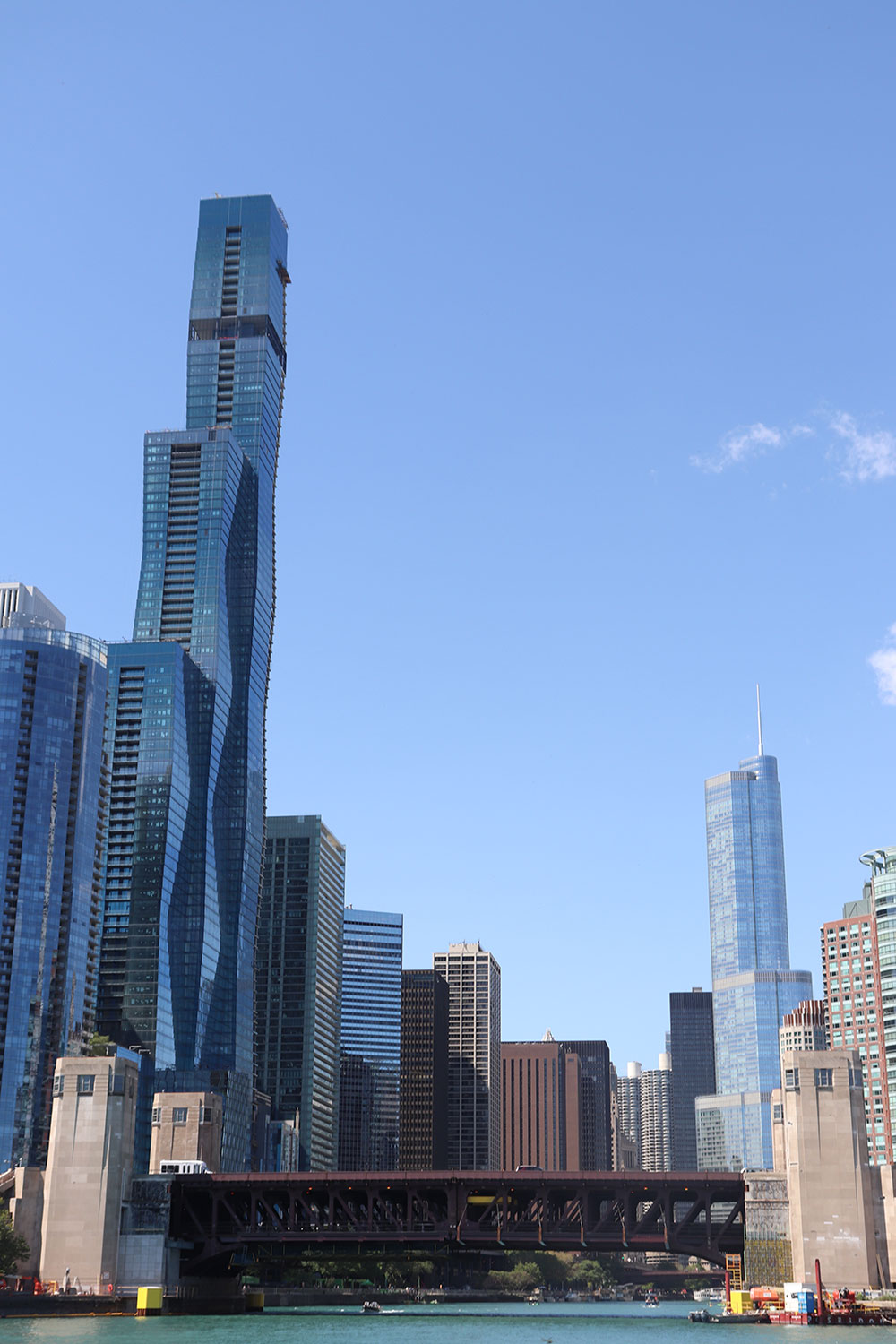 However, the heart of Chicago is made up of 77 neighbourhoods, even though there is some cultural identity that puts this number up to over 200! Staying in the loop when there are so many areas of Chicago to be explored is a travel sin. The metro and bus system is very easy to use to get around. I did not have nearly enough time to see all the areas I wanted but I was able to get out and get a taste of certain areas. Hyde Park is largely residential but super cute. It’s home to the University of Chicago which has some beautiful neo-gothic buildings, including its well-known cathedral. I also enjoyed visiting Logan Park and Bucktown/Wicker Park. They have a lot of local restaurants and bars, but it’s not so upscale that it seems unaccessible. I also got to stop in Old Town, which didn’t really feel that old but it did feel cozy. The buildings are very low, there’s lots of local shopping, and a few old buildings here and there. 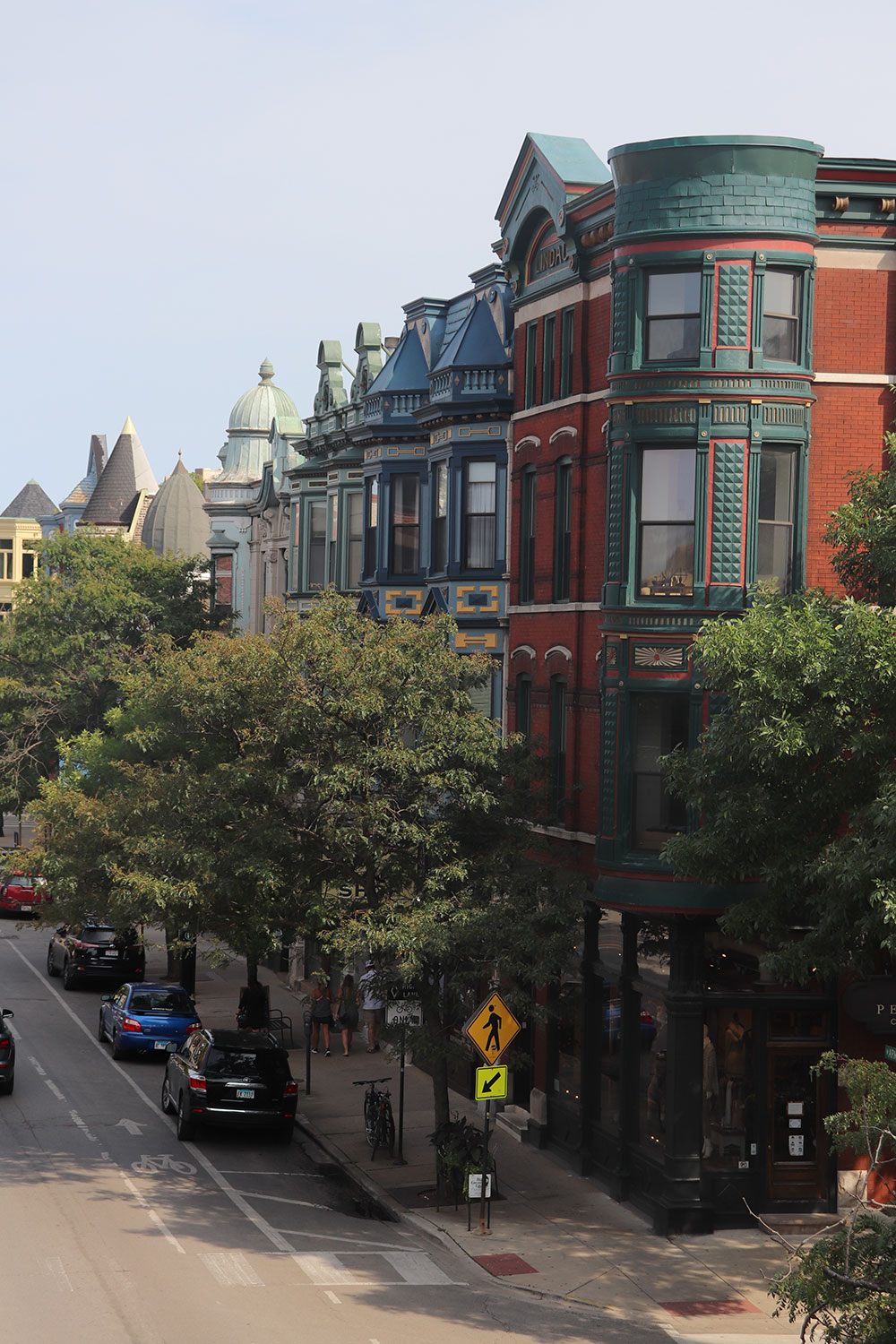 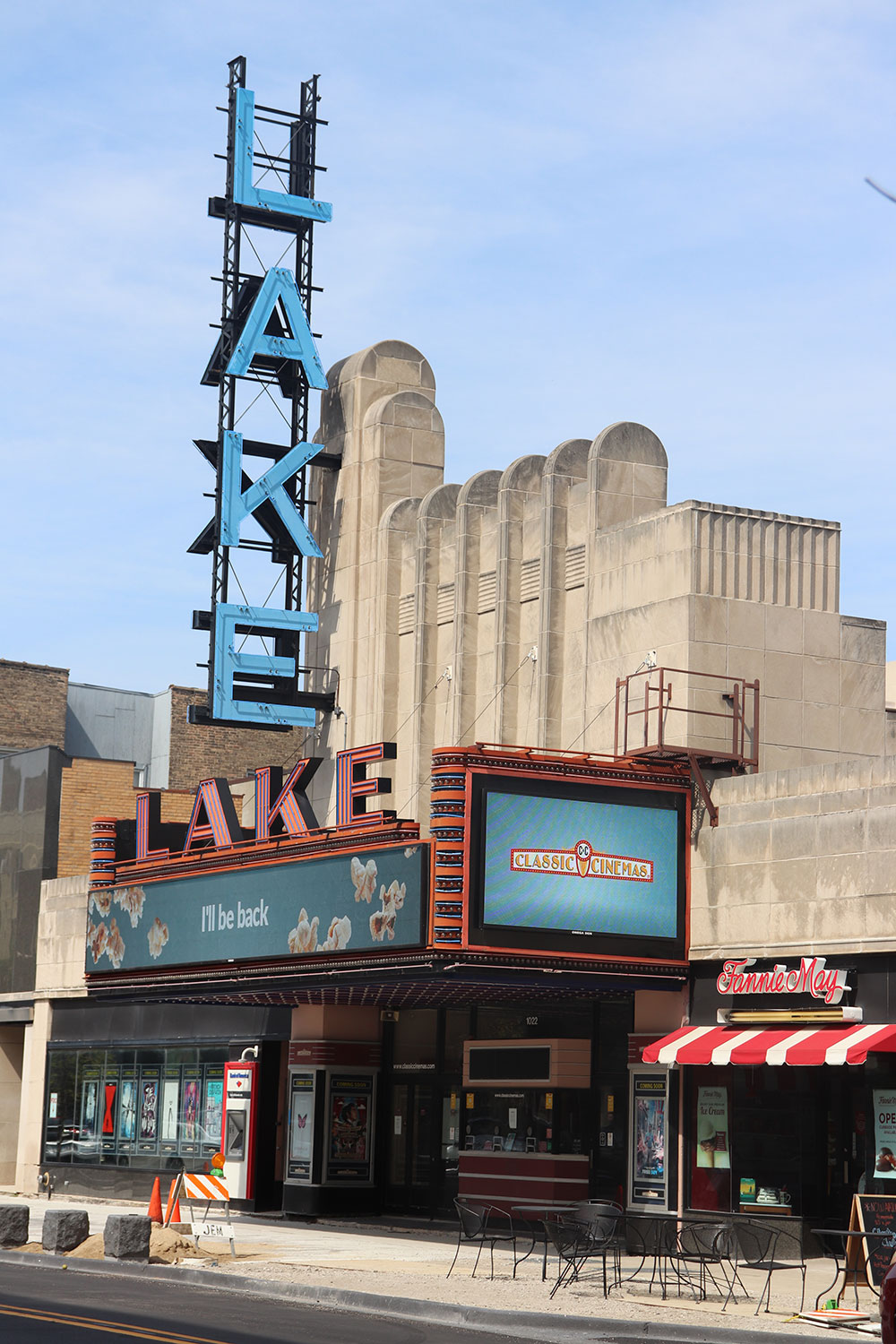 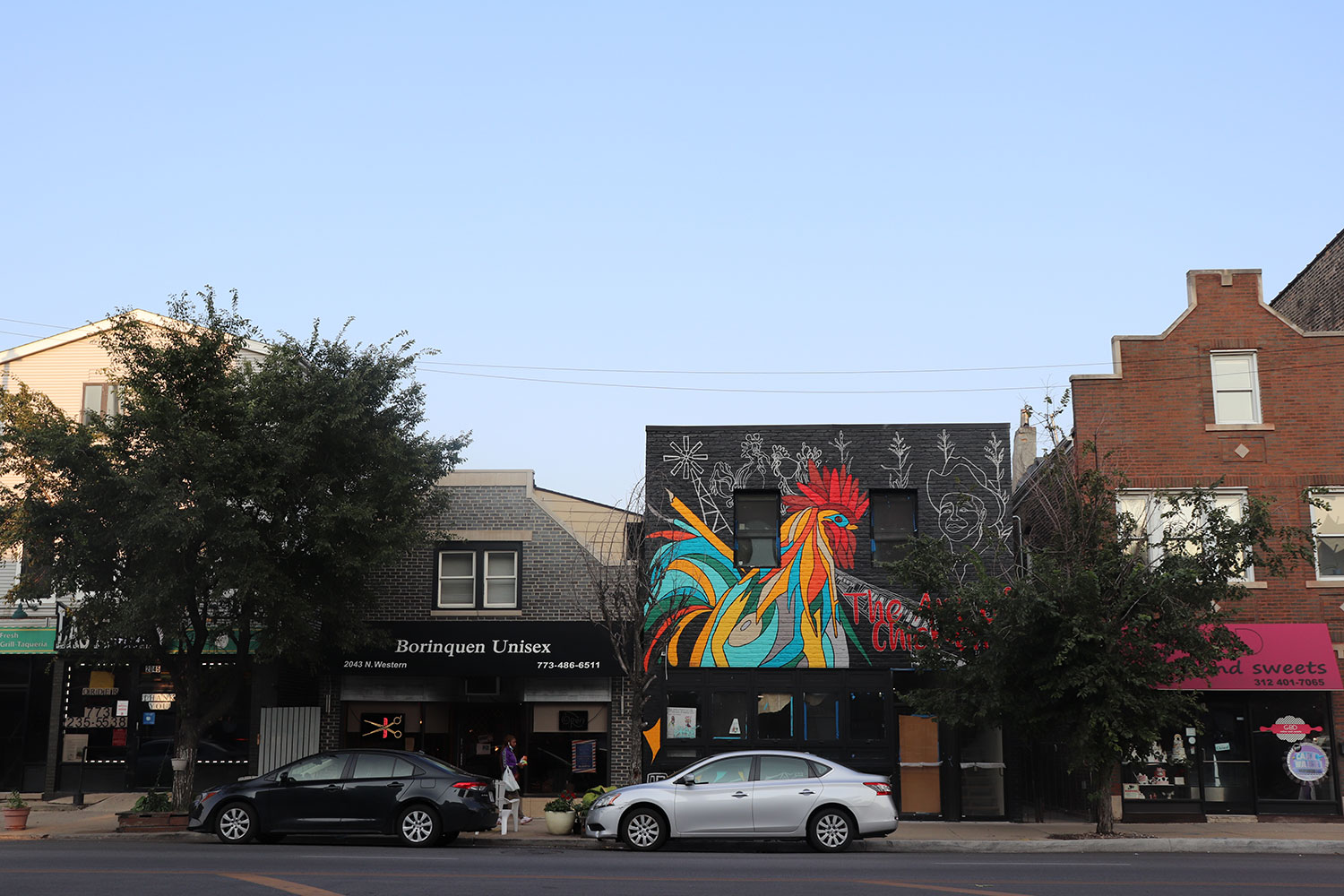 I also headed outside city limits to Oak Park to visit the Frank Lloyd Wright House and Studio. An American visionary in architecture, you can see Wright’s restored home and studio, set in a neighbourhood where he designed several of the other houses. If you don’t want to trek out to Oak Park but want to see some prairie architecture, you can visit the Robie House in Hyde Park. Any architecture fan should at least see this midwestern style when in Chicago. It hits differently. 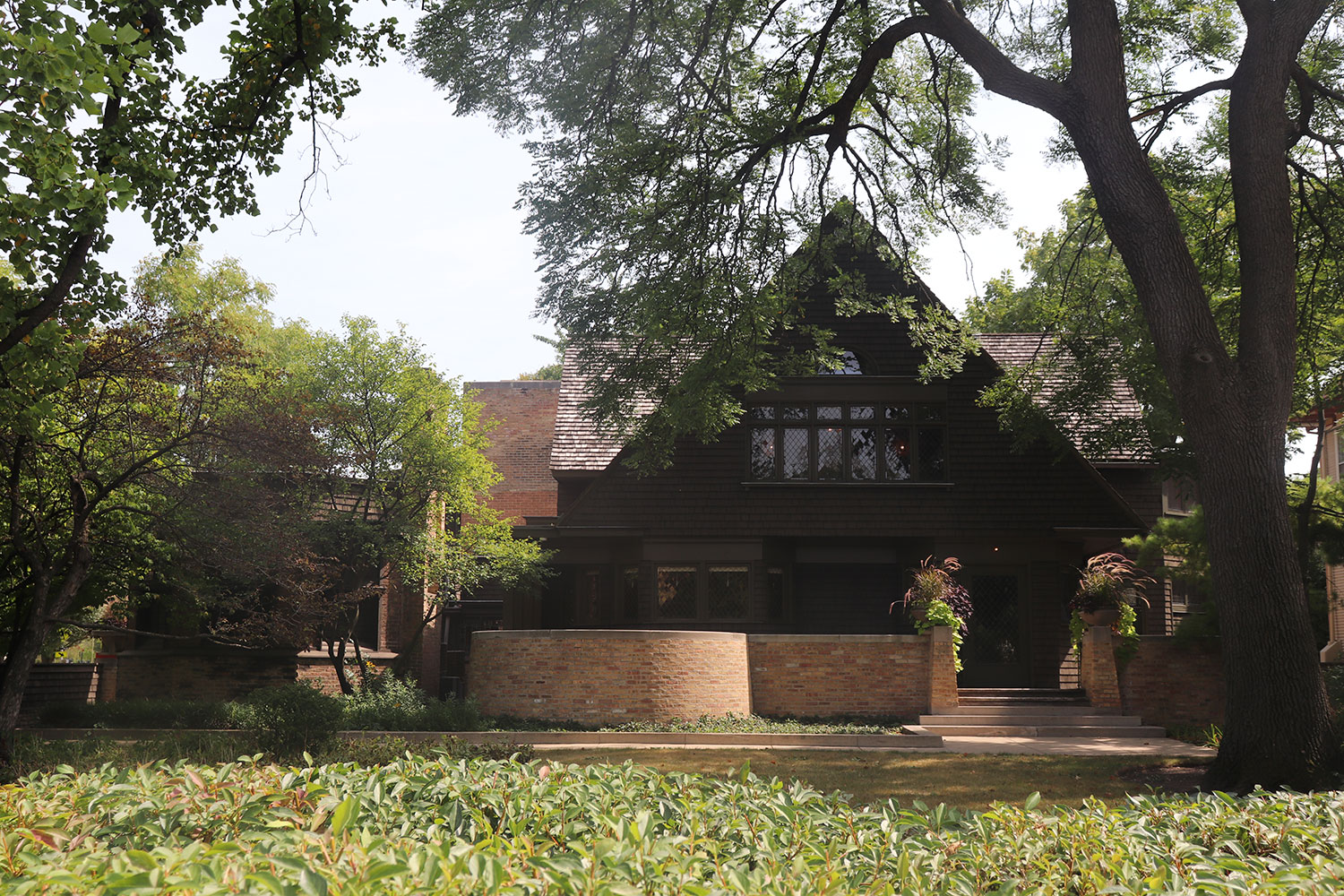 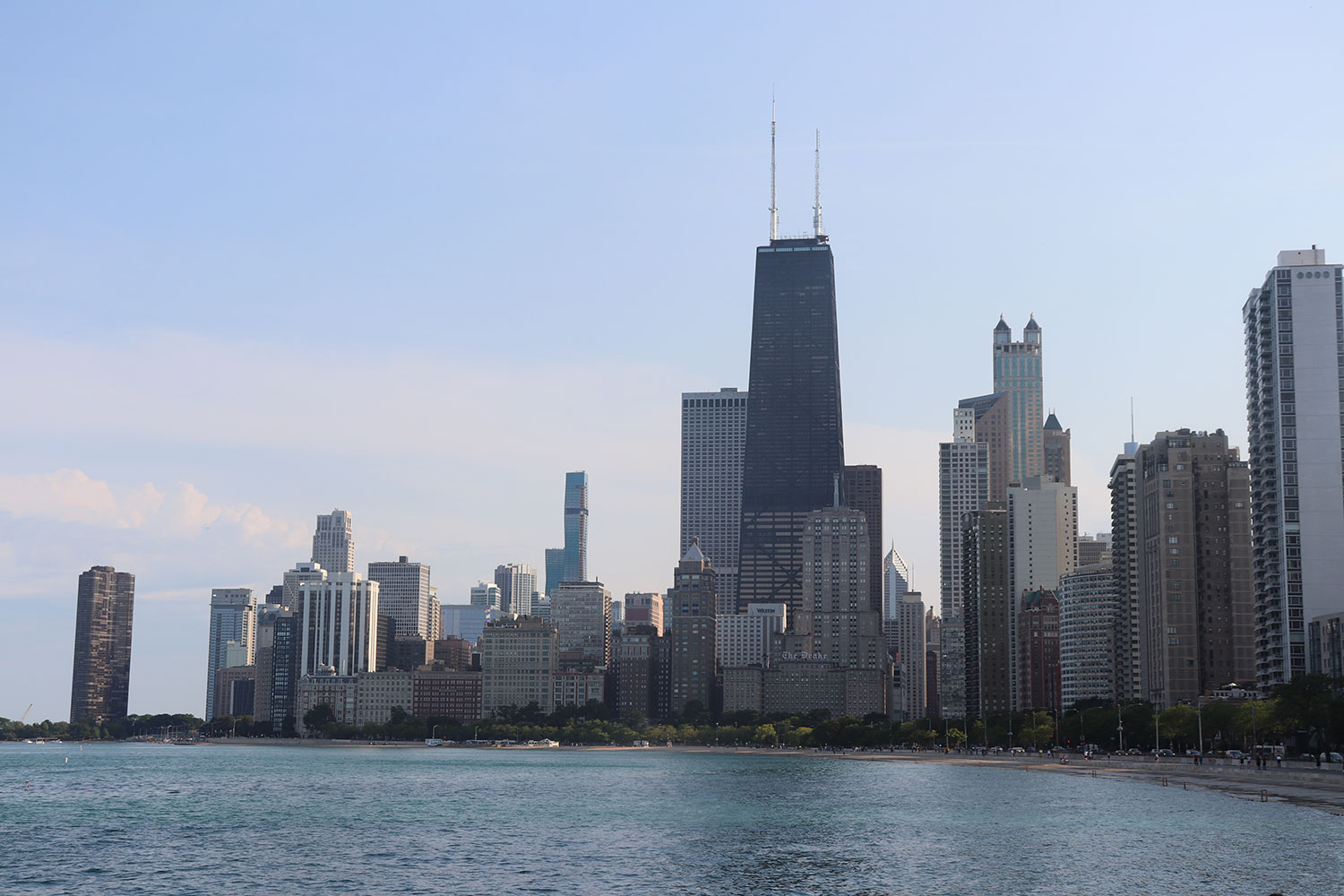 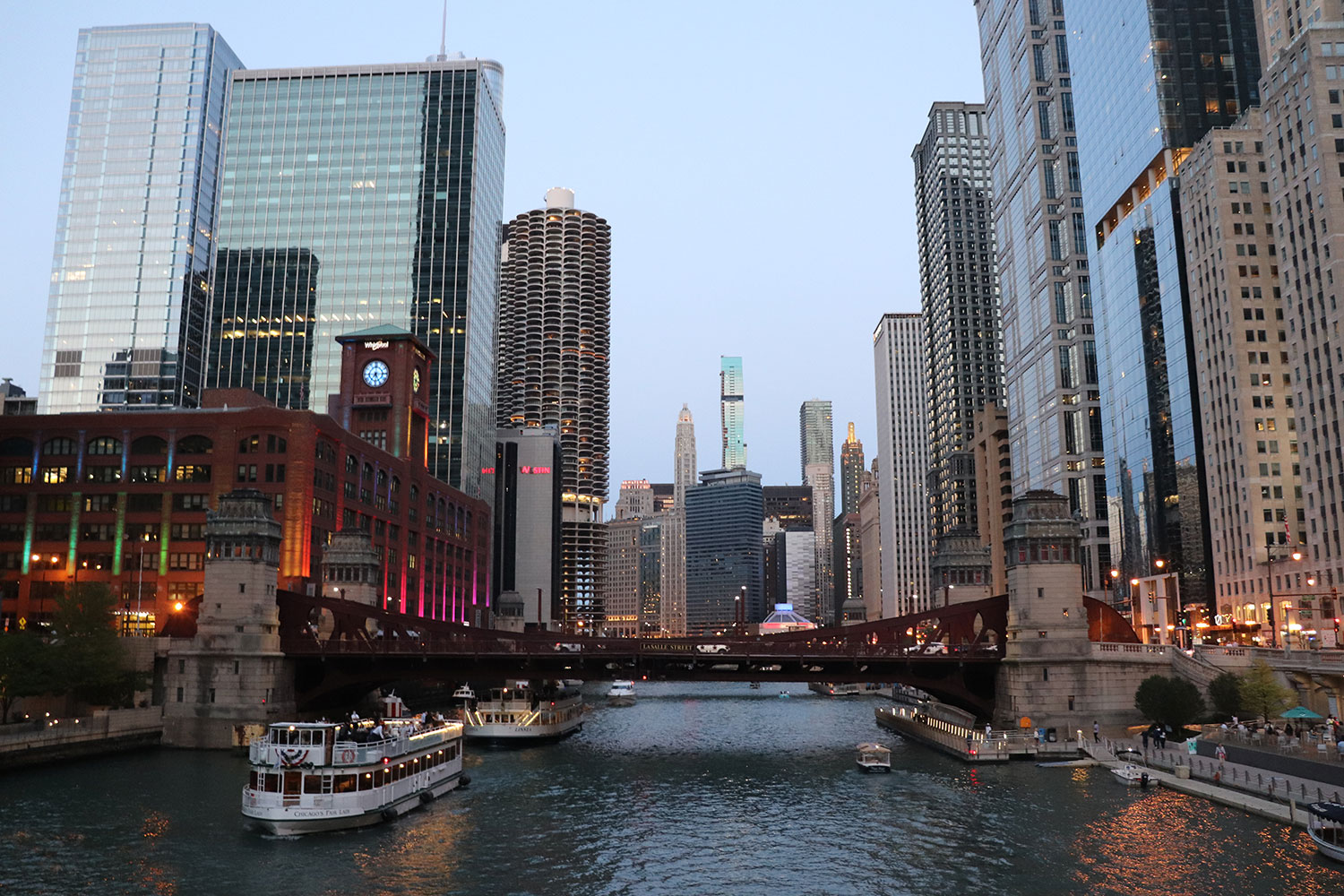 Chicago’s a wonderful city and so big, I wish I had more time to explore what it has to offer. Though its museums are excellent, getting to know the city, its food, its culture, and its people is what makes a Chicago trip special.

Have you ever been to Chicago? What did you think? 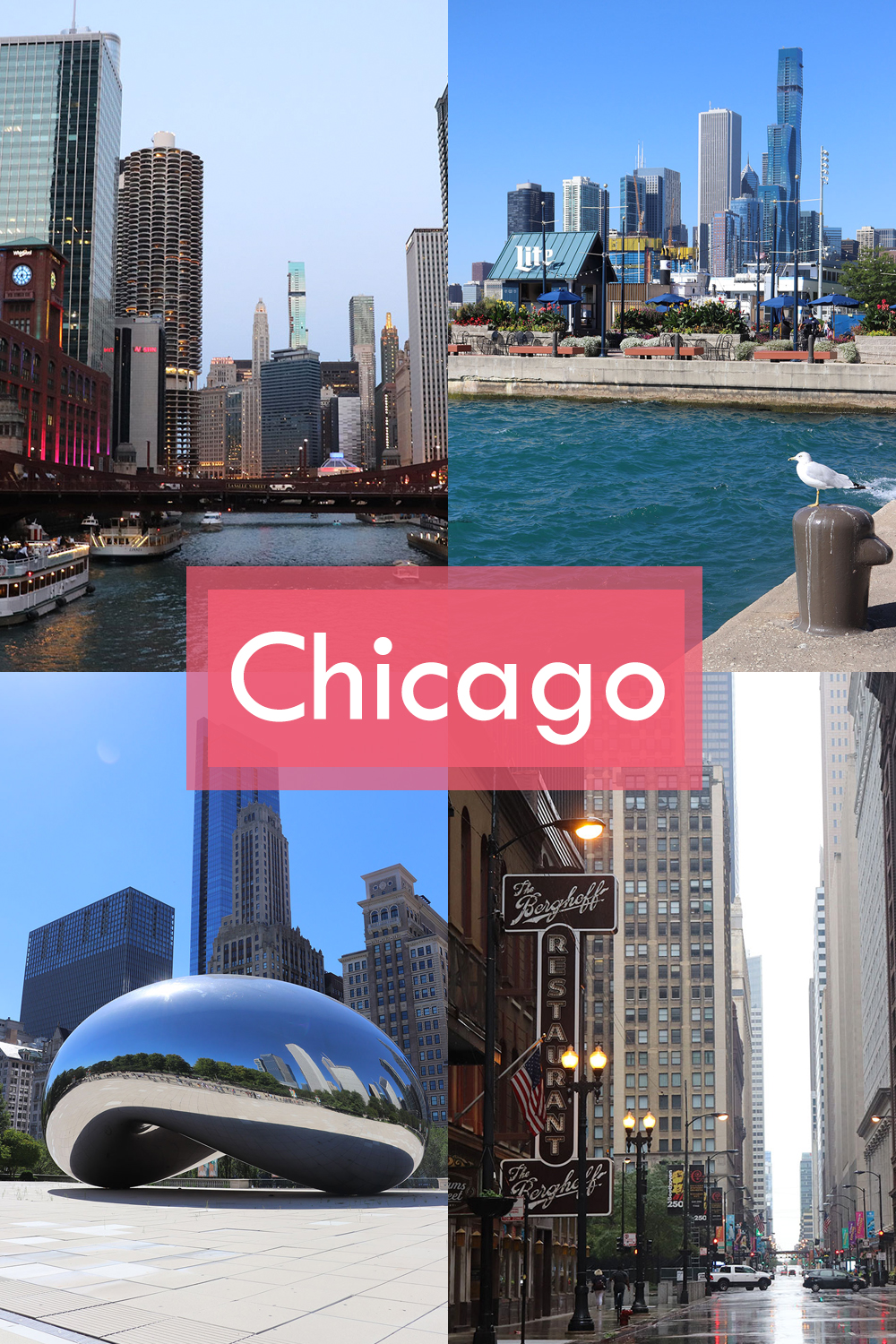 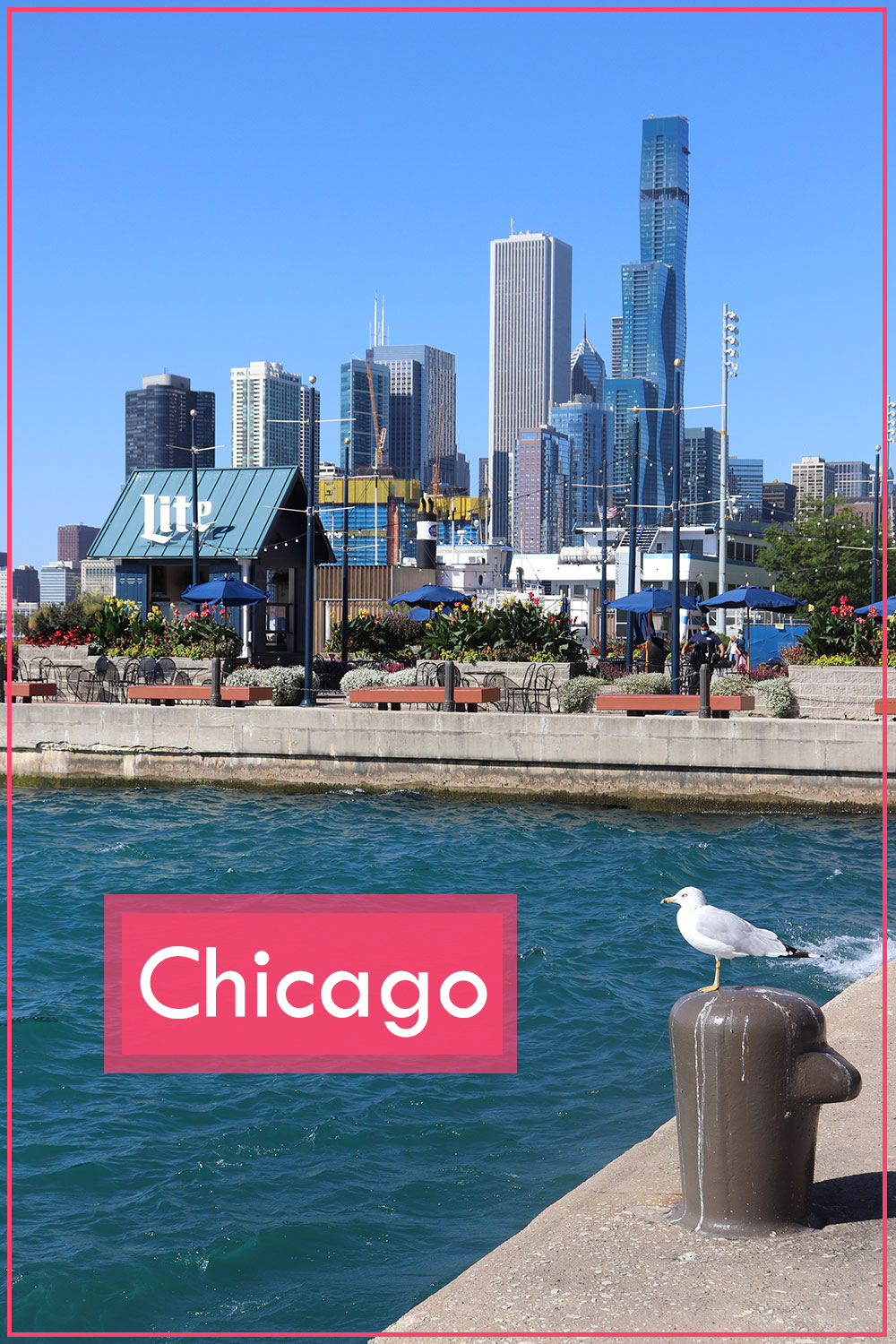 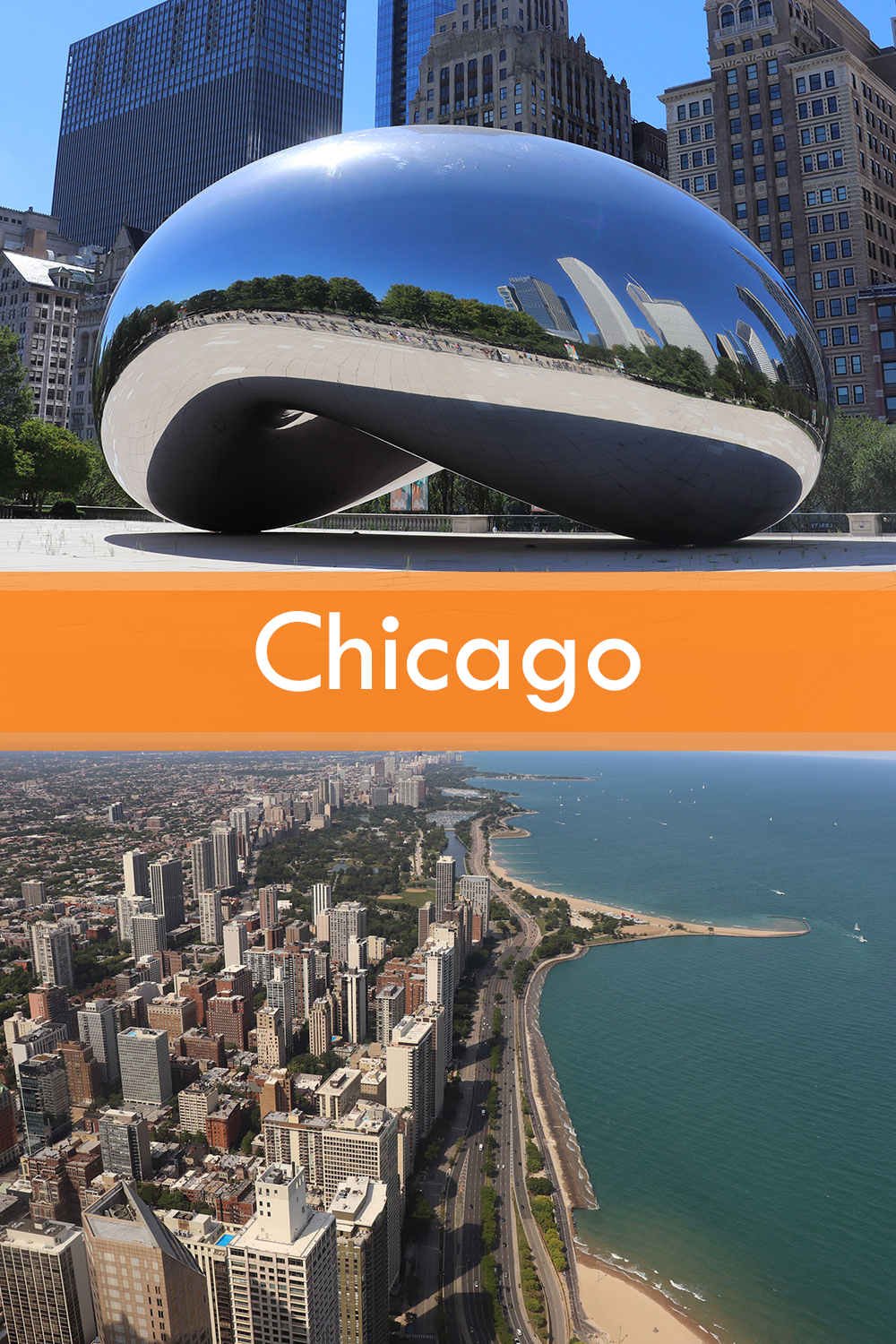 My Trip During the COVID-19 Pandemic