I wanted to visit Bern and Zurich so much when I was in France that when I ended up not making it, I actually flew back to Switzerland the next chance I had. And let me tell you this: I was absolutely not disappointed, and even stunned by the beauty and culture that Bern had to offer. Even though it’s the capital of Switzerland, this historic city is usually skipped for nearby places like Zurich and Lucerne, but it definitely deserves a day at the least of your time to fully enjoy what Switzerland has to offer. 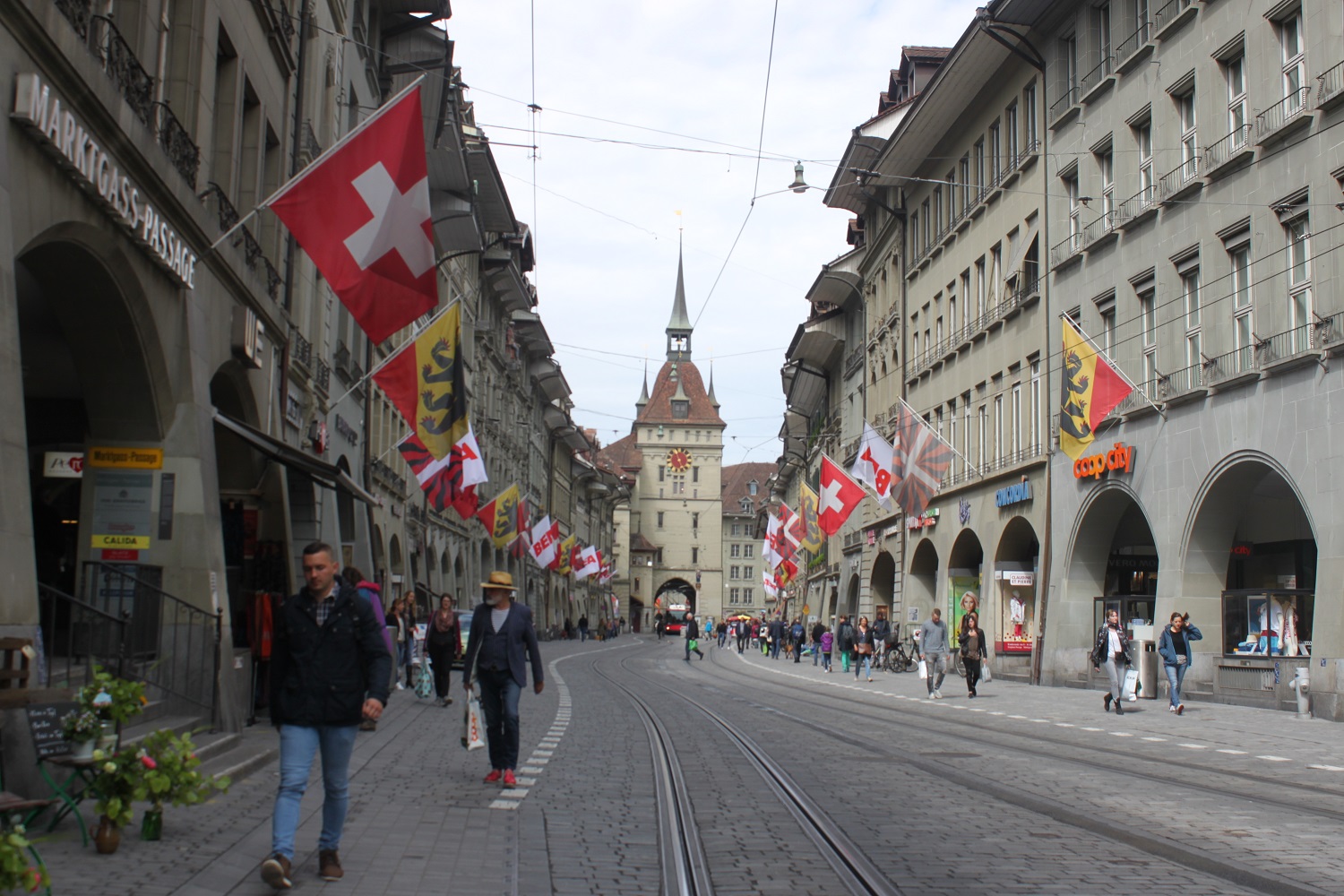 The History of Bern

The city of Bern was founded in 1191 by Bethold V, Duke of Zahreingen of Swabia (pre-Switzerland). It became part of the Swiss Confederacy in 1353 and grew rapidly. Notably a devastating fire in 1405 was the reason people took to building the stone structures that characterise the city today. However the structures are said to date much later, to the 16th and 17th centuries, though they still follow the city’s medieval blueprint. Nonetheless, the old town is a UNESCO World Heritage Site.

The name of Bern (meaning bear) goes back to the city’s founding. The legend is that Mr. Bethold V proclaimed he would go hunting and name the city after the first animal he killed, which was a bear, or at least he said it was. So now the city’s symbol is the bear, which you can see everywhere in Bern. I myself have a cute Bern bear stuffed animal.

Things to Do in Bern

Bern has a really interesting history because a lot of the motifs and values that it was founded on – including the use of the bear (“bern”) – can still easily be found in the city today. It’s a city paying homage to its history. I was absolutely astonished by the beautiful architecture, that looks almost like its successor Haussmann, and how it spans miles and miles down the entirety of Bern city. The city supposedly looks as it did in the 16th and 17th centuries. The stone structures have two storeys of buildings: the street level and then a lower level, where there are more shops and restaurants in cellar-like spaces. How magnificent is that? It definitely has the grandeur of well-planned and established architecture, much like Paris. However, unlike Paris, there’s a natural beauty that surrounds Bern and makes it feel truly Swiss. 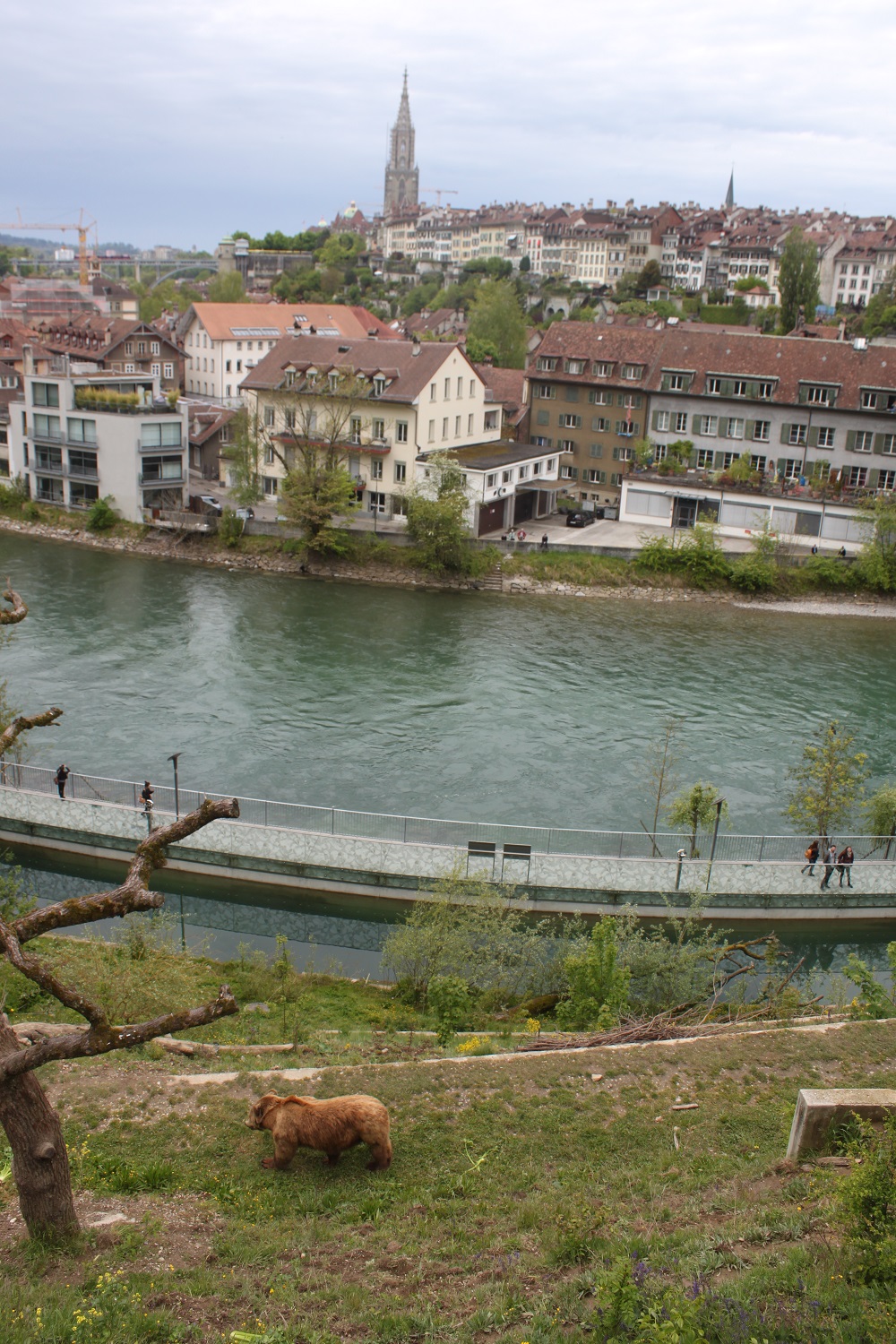 My favourite museum to see was the Bern History Museum, which hosts an excellent and in-depth history of Bern from the medieval to the most modern times. It also includes a permanent exhibition on Albert Einstein, a Jewish refugee in Bern. I highly recommend a visit as it was one of my favourite museums to learn about Switzerland.

There’s also the Kunstmuseum, or fine arts museum, but I found it to be quite small.

Bern also houses a Swiss Alpine Museum and a Communication Museum. You can also visit the apartment Einstein lived in for two years at the Einstein-haus. For art lovers, you can take public transit over to the Zentrum Paul Klee, dedicated to the Swiss-German artist. 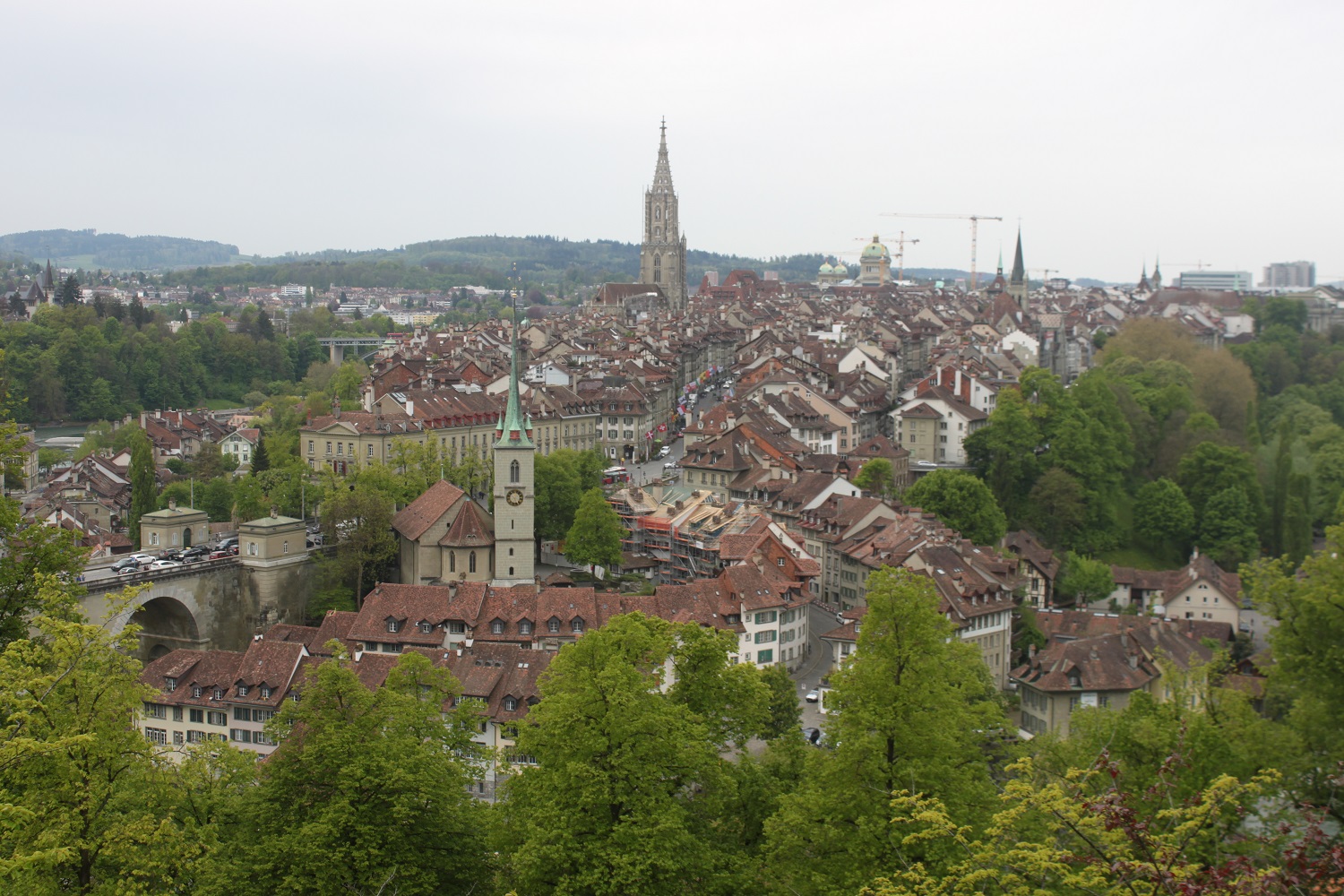 Walking around the city, you can’t miss the Zytglogge (clock tower), dating from 1220 and serving as a medieval remnant of Bern. The clock is a marvel of engineering and art that grounds the city streets, as well as the colourful statues that guide you from one side of town to the other. I recommend getting a good guidebook if you’d like to know more about the colourful statues that line the city’s streets, since they all have unique meanings and symbolism. You can also stop by the Bern Munster, or cathedral, and get a view from the top.

One of the most popular things to do in Bern is visit the Barengraben, or the “bear pit,” which of course is dedicated the the city’s namesake animal, the bear. Here you can see a few resident brown bears. Conditions have been improved in recent years to make the pit a bigger and more enjoyable place for the bears, but visiting is free so you can stop by without contributing monetarily.

There’s also a rose garden which I highly recommend visiting for the views. It’s not very out of the way, though it’s a somewhat steep climb, and the views you can get over the city are breathtaking. Even though I went in May, which is almost rose season, it was still very cold (it even snowed!) so unfortunately the gardens were barren (or should I say bearren). But that didn’t matter much since you can still see all of Bern in its splendor.

Personally, I think walking around Bern’s many streets and seeing such detail and views at every corner was a great way to spend time and get to know the city. (And if you like shopping, chocolate and/or baked goods, you could do a lot of damage!) It’s a very relaxed place. One day is definitely enough to visit Bern but if you want, you can definitely fill up a few more days exploring the city. I went back a few times just to see the city a bit more.

If you’re off to Switzerland, I recommend looking at a Swiss Rail Pass. Not only does it get you travel on Switzerland’s rail system (which is not cheap), but you get free entrance to several museums. It was a big money saver for my trip to Switzerland and it was nice being able to be more flexible with my train rides. 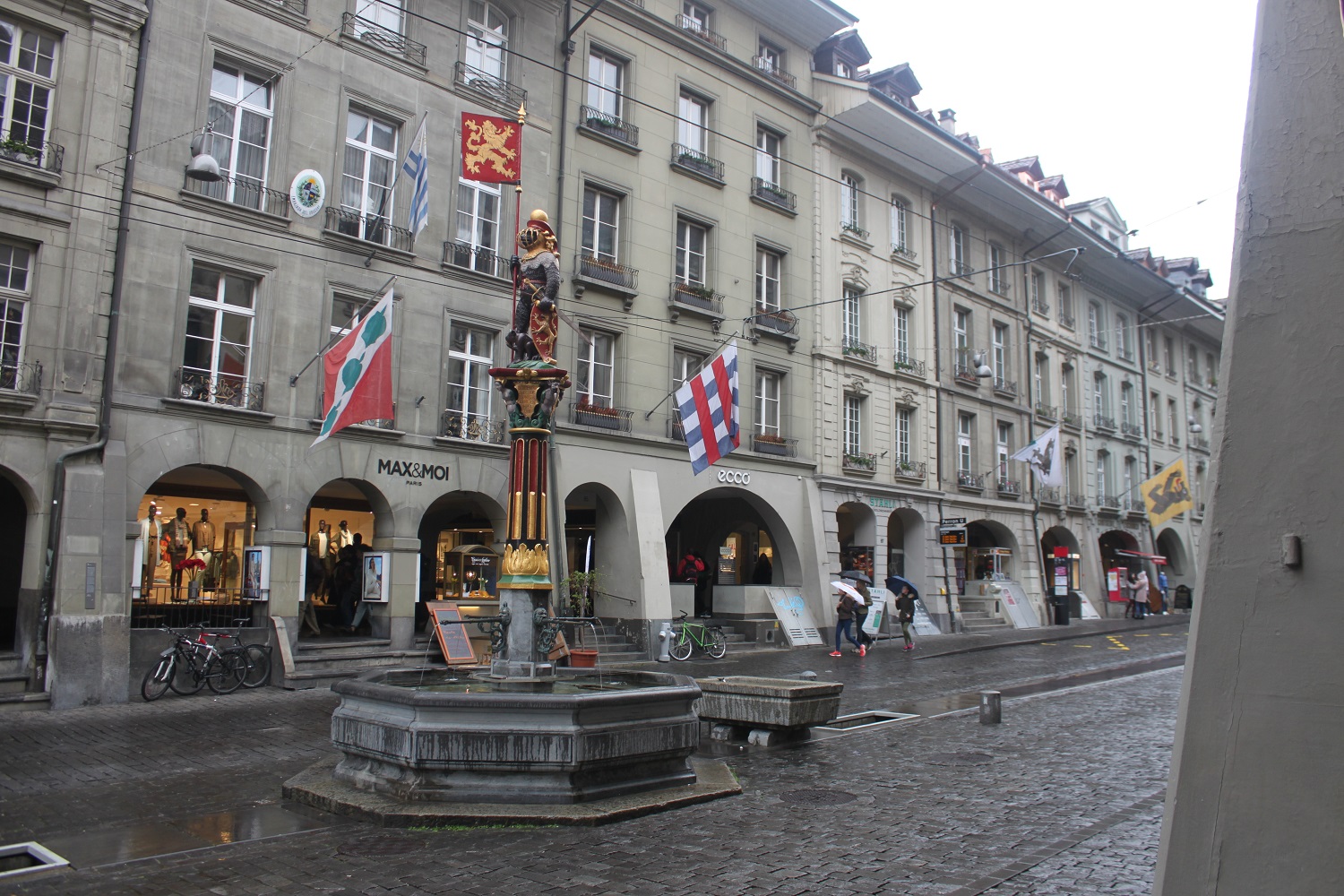 If you’re ever in Switzerland, or even nearby, I highly recommend visiting this beautiful city full of history and culture. It’s one of the lesser-known cities I’ve enjoyed most and I’m still blown away by how old and cultured this city is.

Have you ever been to Bern? What did you think?