One of my huge bucket-list items was going to see Blarney Castle in Ireland, famous for its Blarney Stone. Kissing the stone is said to give one the gift of eloquence, though the castle is beautiful enough to entice people to visit. So when I went on my trip to Ireland a few years back, seeing Blarney Castle was one of my top priorities. 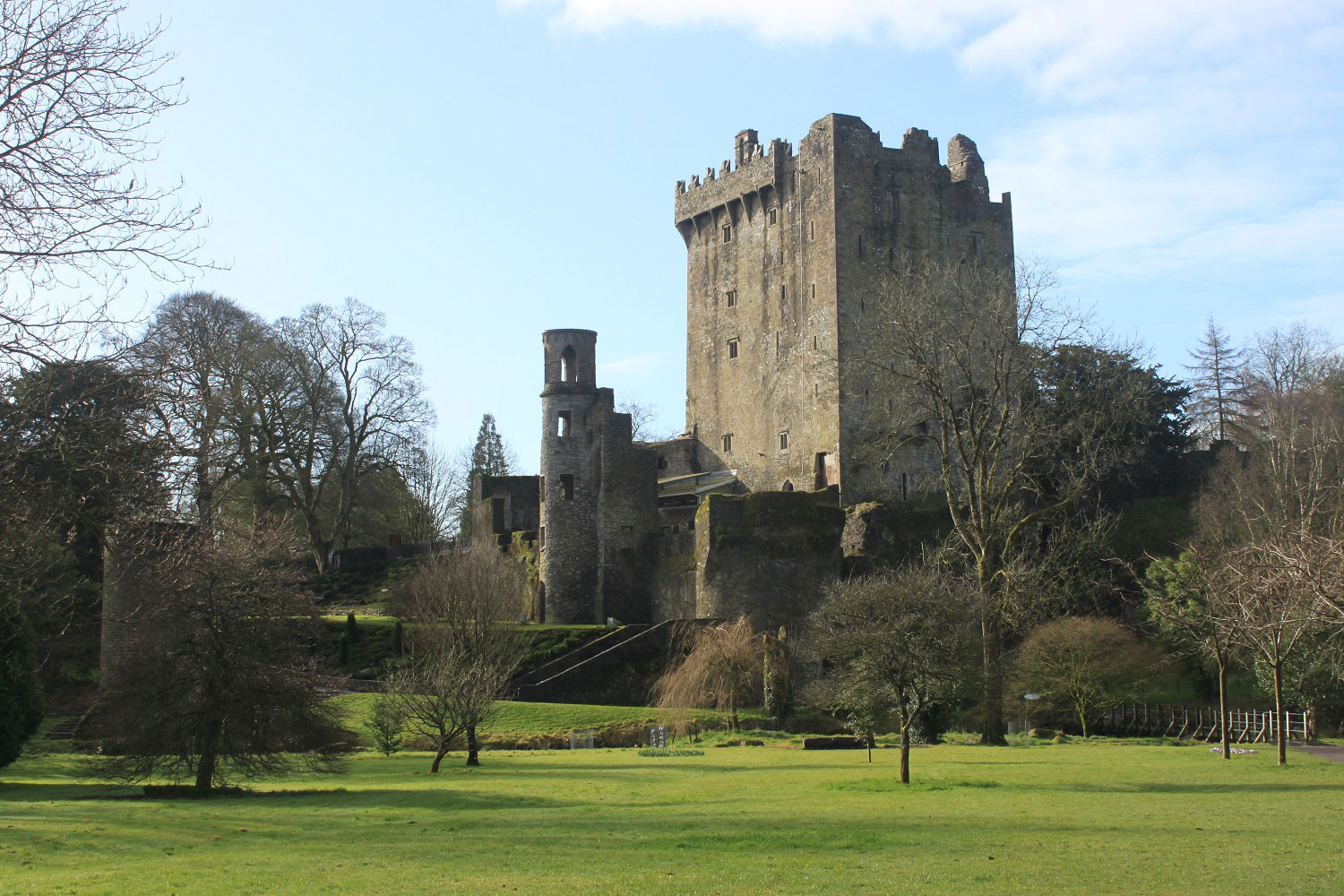 A little bit of history: Blarney Castle was built by Cormac McCarthy (King of Munster – not the author) sometime in the 1480s, even though I have to point out that the information given at the castle is different from that of their website. The castle itself isn’t known for any events happening there or for its history. The castle is now in ruin with the stone walls intact, like a skeleton or a concrete building that experienced fire. Even more troubling – or mystifying – is that the story of the famous Blarney Stone is unknown, as well. It’s said to have been touched by saints but amongst the dozen or so stories I’ve heard, my favourite is that a king saved a witch from drowning, and she cast a spell of eloquence on all who kissed the stone. But maybe that’s just because I like witches.

What we do know, however is that Queen Elizabeth coined the word – whether with a positive or negative connotation – over her correspondence with the Earl of McCarthy. It is by dictionary definition defined as n. “talk that aims to charm, pleasantly flatter, or persuade.” or v. “influence or persuade (someone) using charm and pleasant flattery.” As described by an Irish politician,

“Blarney is something more than mere flattery. It is flattery sweetened by humour and flavoured by wit. Those who mix with Irish folk have many examples of it in their everyday experience.” – John O’Connor Power

So there you go, a new word added to your vocabulary! 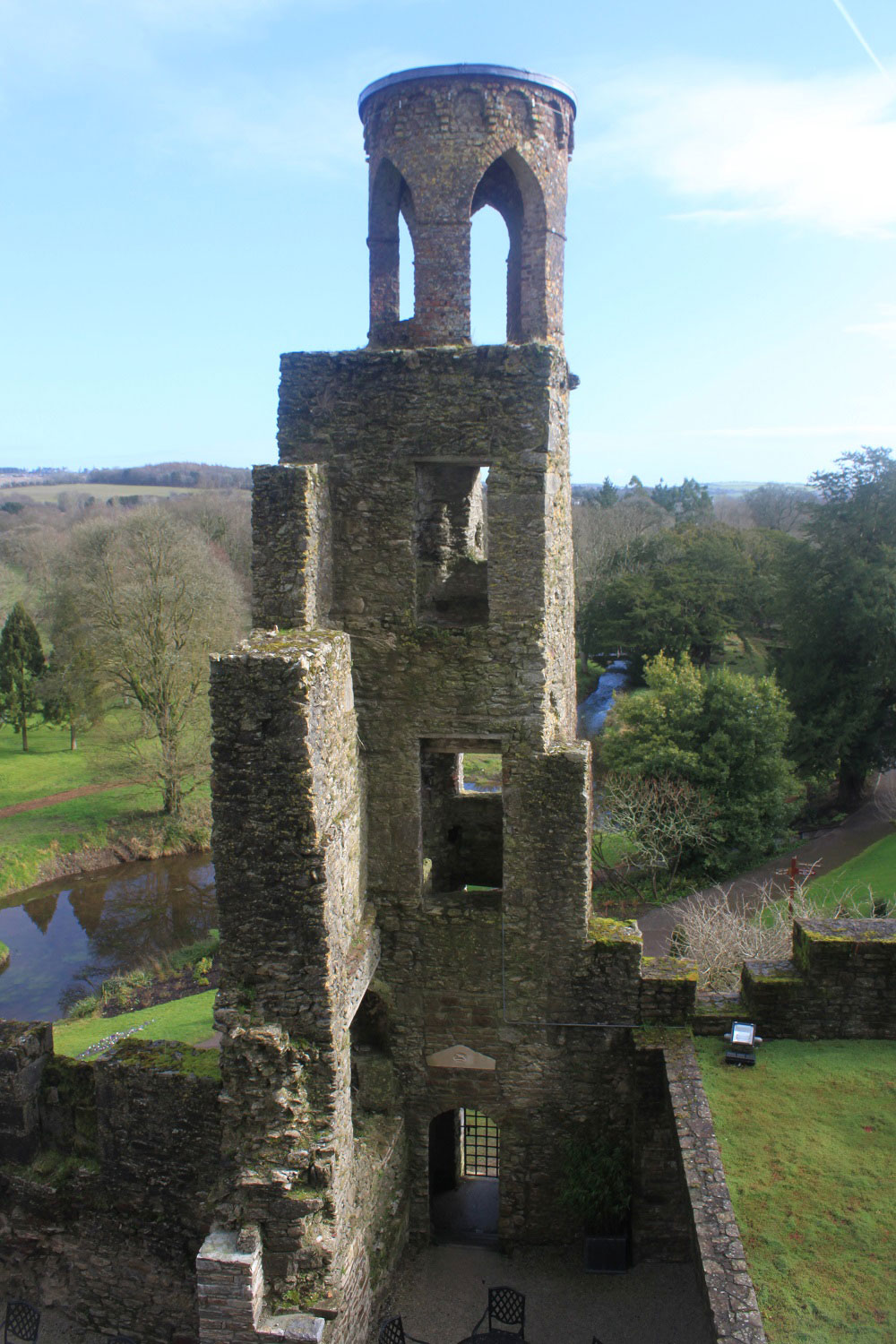 The castle is in my opinion a fantastic ruin. Even though it is in ruin, so many rooms and architectural structures are intact, and it felt quite easy to envision what the castle would’ve been like in its heyday. I wish there were more on the reconstruction and the findings of Blarney Castle because being inside, going up stairs and walking around the hallways, it felt like I could see what the castle had originally been like. It was very enchanting but also a little bit haunting, as well. 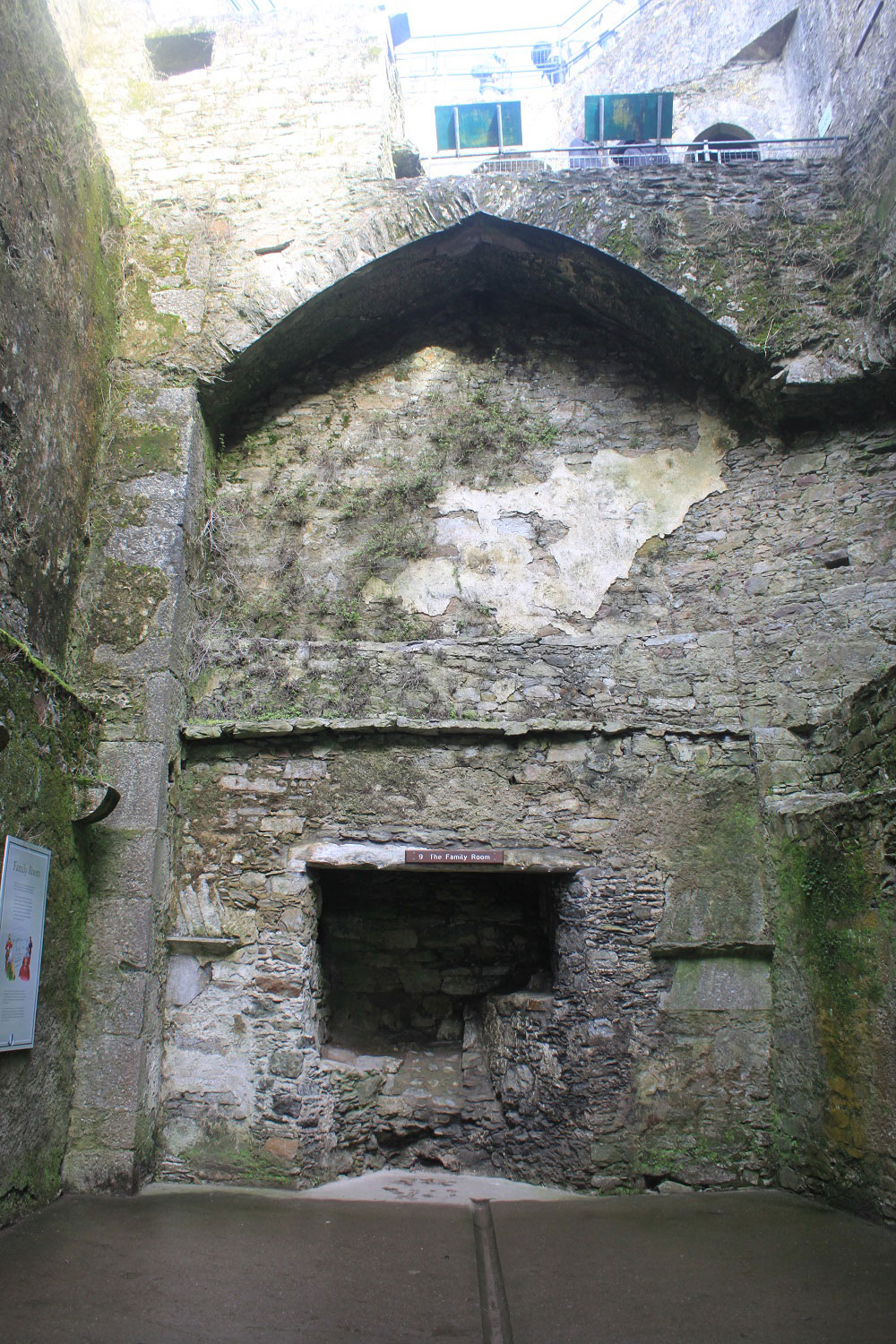 Even though I’m generally a fan of extravagance, there was something so nice about the simplicity of the castle’s architecture. The gothic arches and the crenelations, complete with the small windows and the rounded towers, really transport visitors back to the late medieval ages. A lot of the structures of this type are ruined to the point that you can’t actually go in or climb up them, and Blarney was definitely a more fulfilling experience. 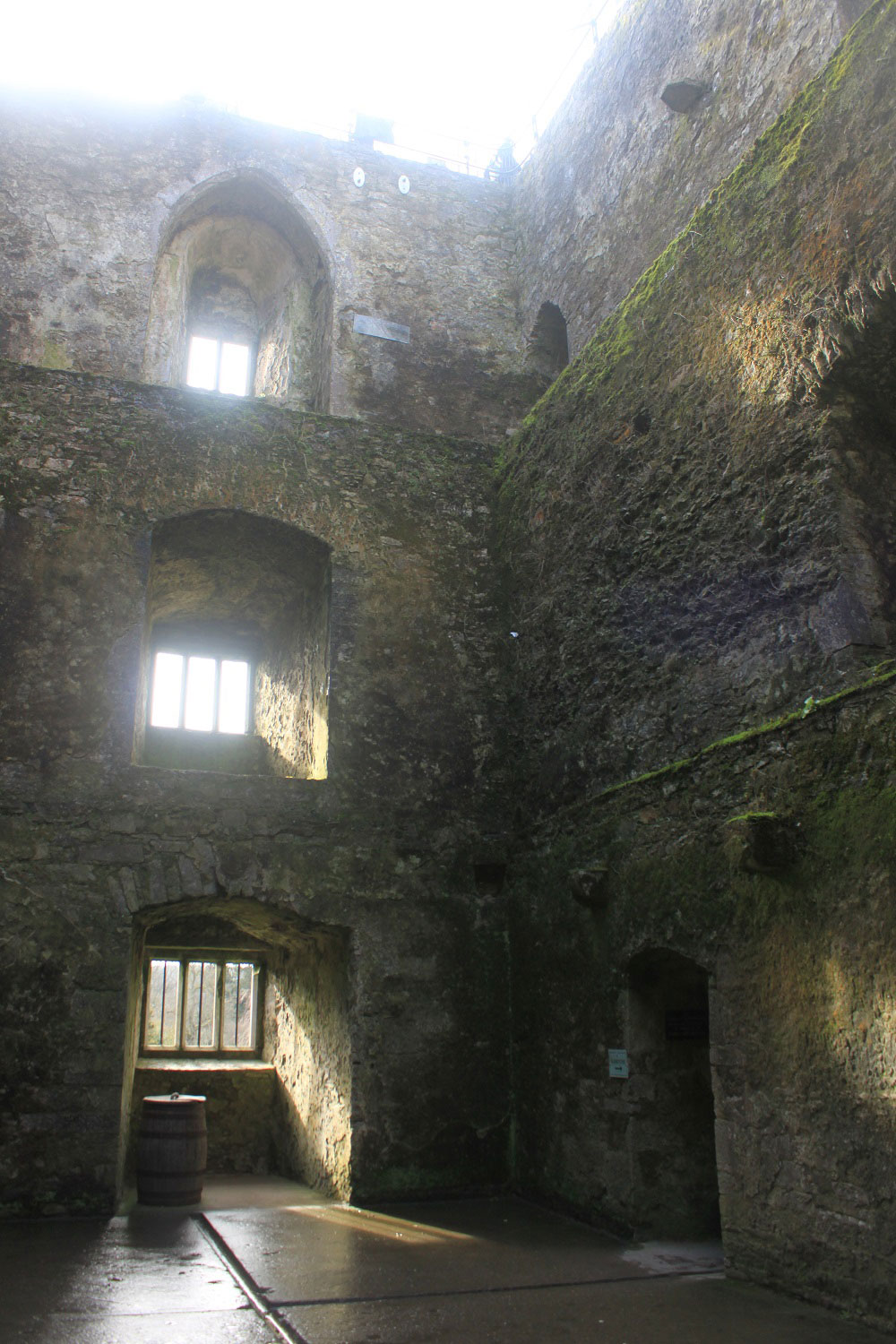 The castle also has its parapets and dungeons intact and it was quite exciting to go around the castle walls and imagine what life was like back in 1446, when war over land and power was much more common than it is today. However, I must admit that part of the joy I found from visiting the castle is that I’m from America, where such structures are never seen, so it was very new and exciting. 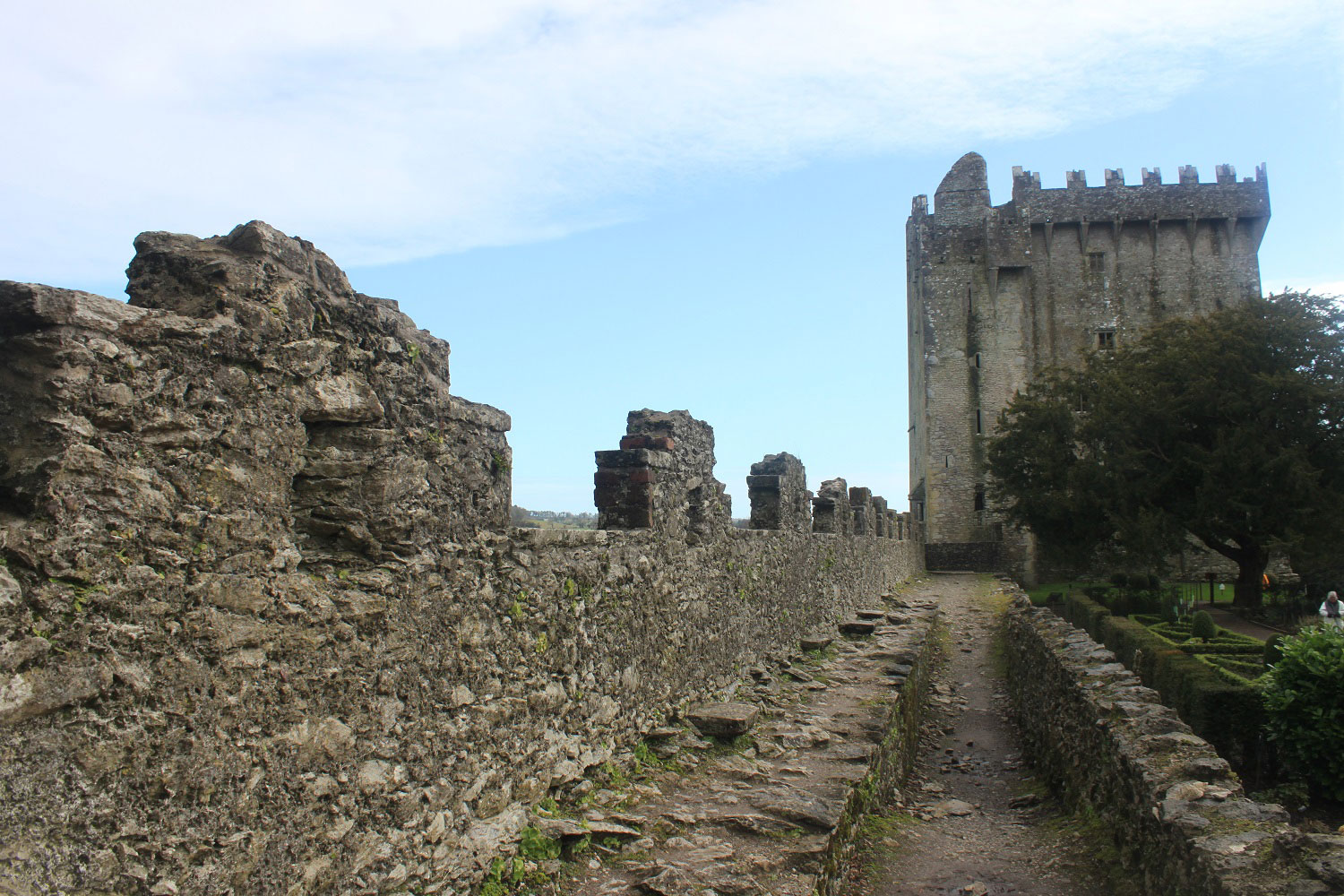 OK, so here’s my confession: I didn’t kiss the stone. It would’ve helped with my senior year of college, right? No, but the reasons I didn’t are as follows:

1. It’s common knowledge that you have to get on your back and go across a small gap to kiss the stone. When I got there, not only was I shaking because I was so far up and I’m scared of heights, but that “small” gap is like 3 feet wide! It probably wasn’t, but I spent a lot of time looking at it and seeing other people kiss the stone, and here’s what I concluded: little 5’1″ me would’ve had my center of gravity cross over the gap if I were to go and kiss the stone. It was a lot bigger in person than it looks in pictures.

2. I was travelling solo at the time so there was nobody there to egg me on, take my picture, or anything else. In America, we’re always thinking “positively” so I know at home, a lot of people would’ve urged me to go on and take the risk. I told the people working there I was scared of heights and they just said, “OK, then don’t do it.” Not surprised, but I definitely needed a little motivational support in order to cross a huge gap upside-down to kiss a stone. 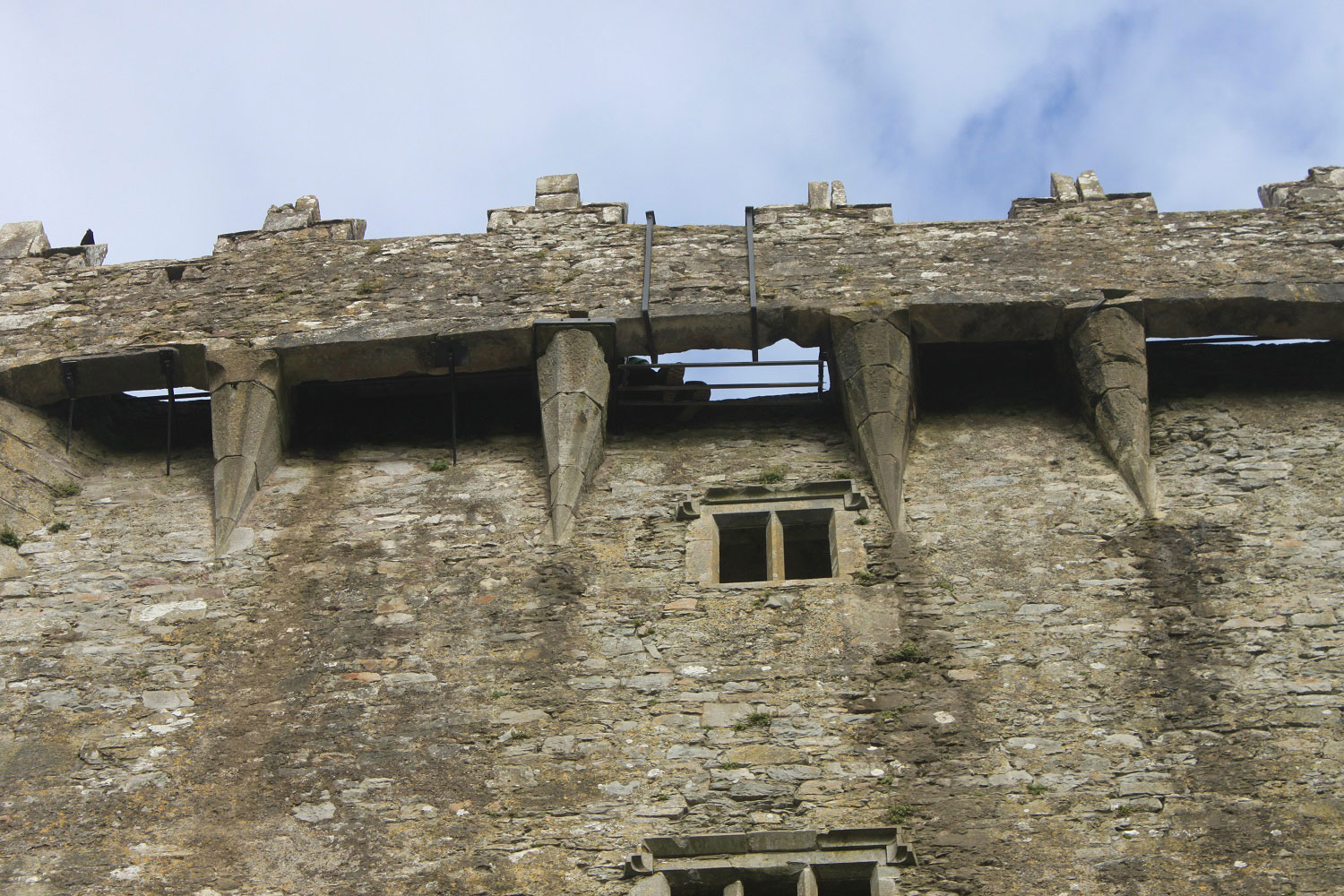 You can see from the guy’s feet how big the gap is!

Whether you want to kiss the stone is up to you. It may be a tourist trap and pretty gross but it’s still a bucket list item to tick off. 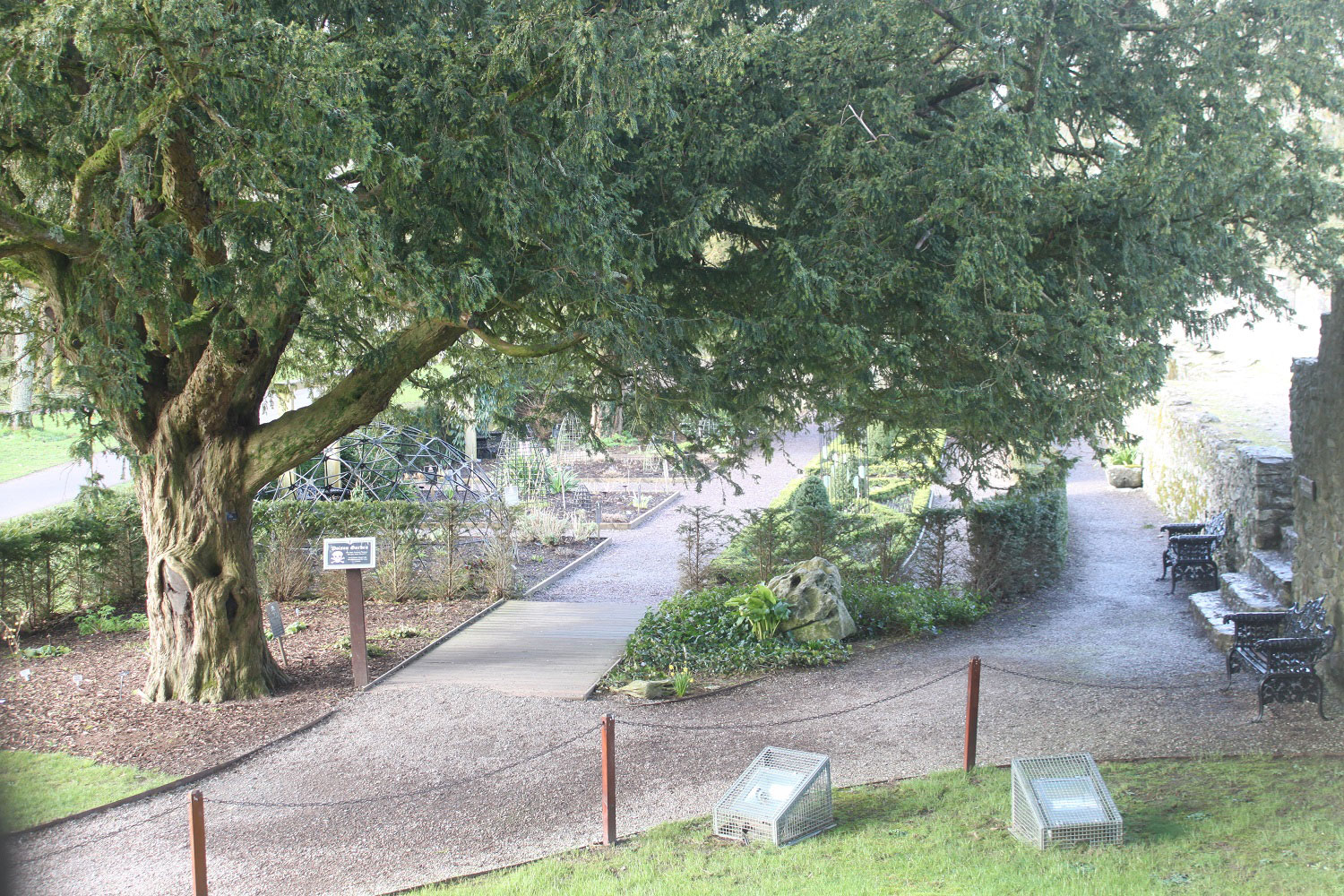 My favourite part of the grounds was the Poison Garden because it was a bit unexpected and fit into the protective theme of the castle (even though the gardens come from a later date). It was interesting to see the gardens being kept up amongst a ruined castle. I went in February and it would’ve been cool to see it in the spring or summertime. 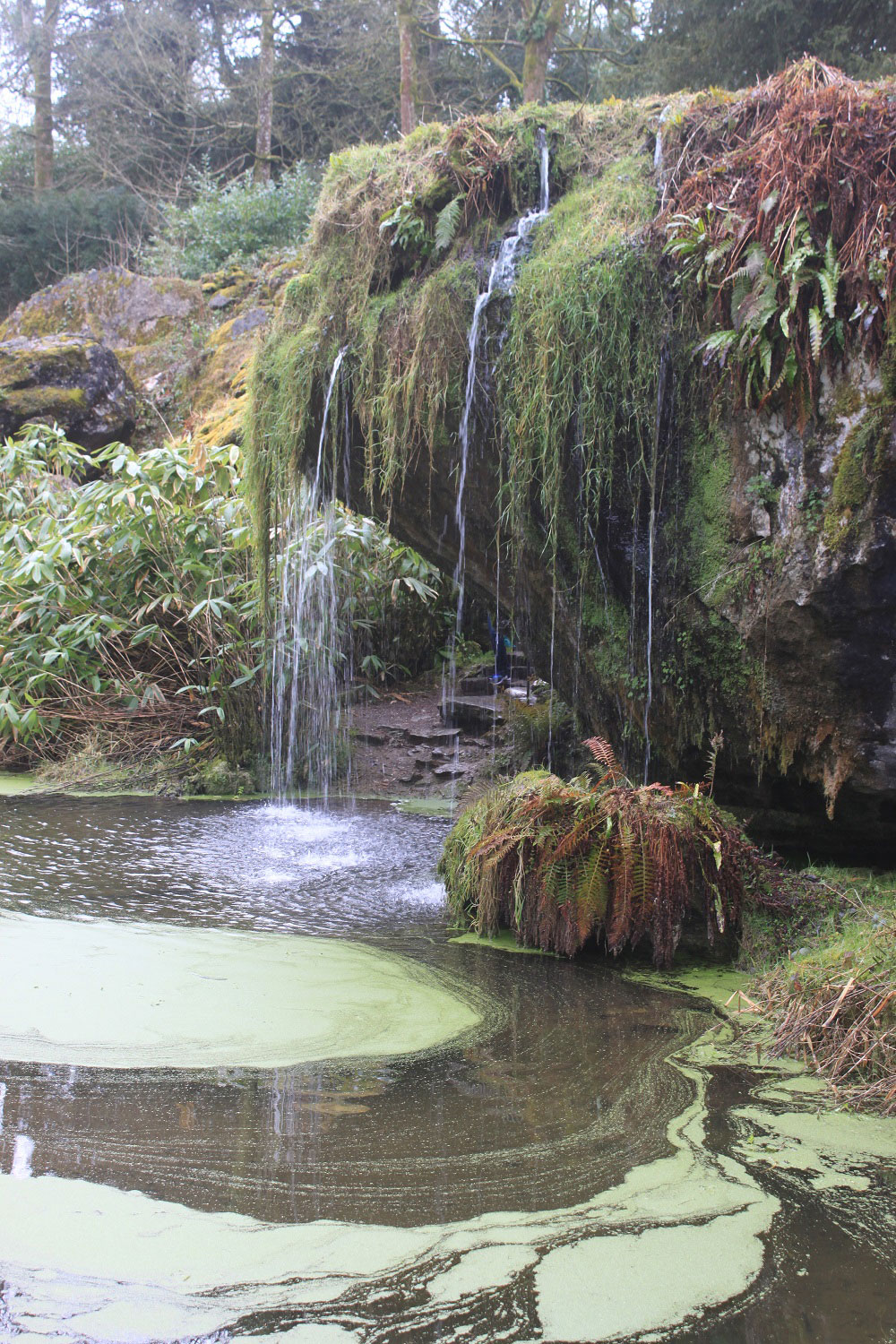 The gardens also have some water features, stone features, and floral arrangements around the grounds and a lot of them have something to do with witches, fairies and druids. Amongst some of the gardens is a cool dolmen which I didn’t think much of at the time. However, it is apparently a prehistoric grave! Isn’t that cool? I love when different times in history entwine.

You need to give yourself at least an hour to properly explore the gardens. I spent a few hours exploring the castle and gardens and there was still some ground I didn’t get to see. 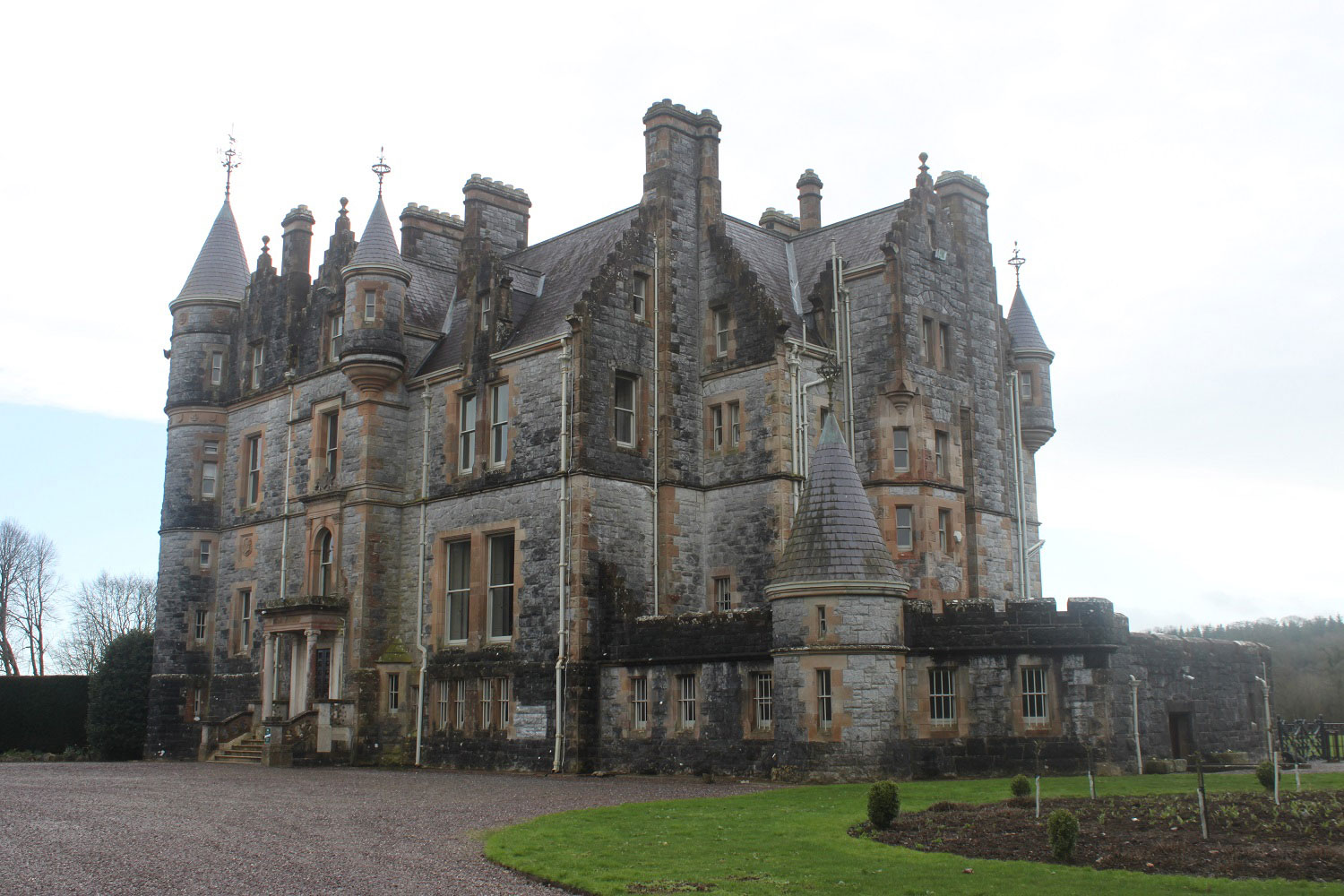 The grounds are also home to Blarney House but unfortunately it was closed when I went. If it’s open, you’ll need to add more time to your itinerary. 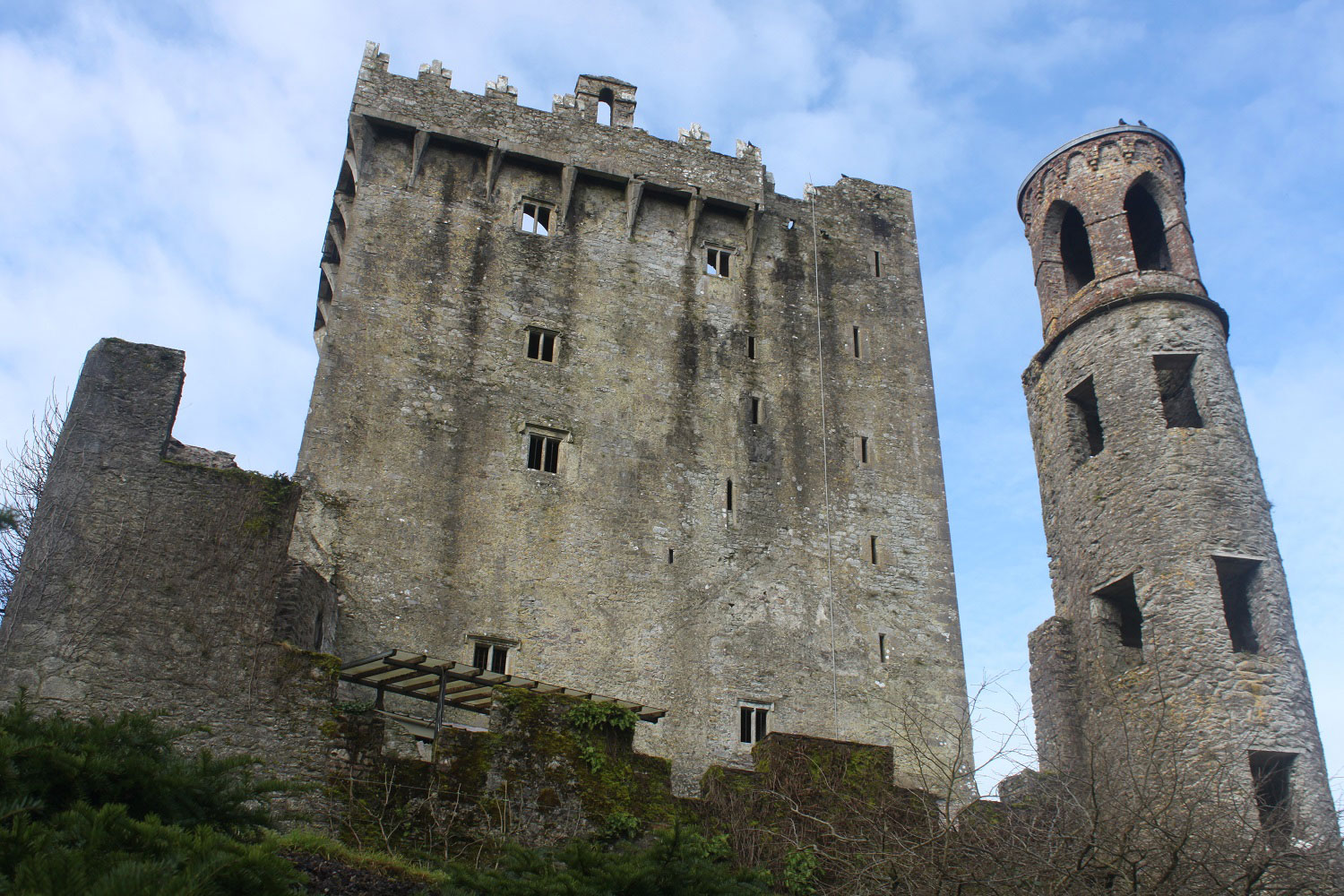 My visit to Blarney Castle was definitely one of the most memorable trips because of its outstanding architecture. I still have thousands of castles to visit but until then, Blarney is one of the most completed 15th century buildings one can climb about and really see. It’s an absolutely fascinating place.

You can drive to Blarney but if you’d rather go with a tour group, you can book one via GetYourGuide or Viator.

Have you ever been to Blarney Castle? What did you think? 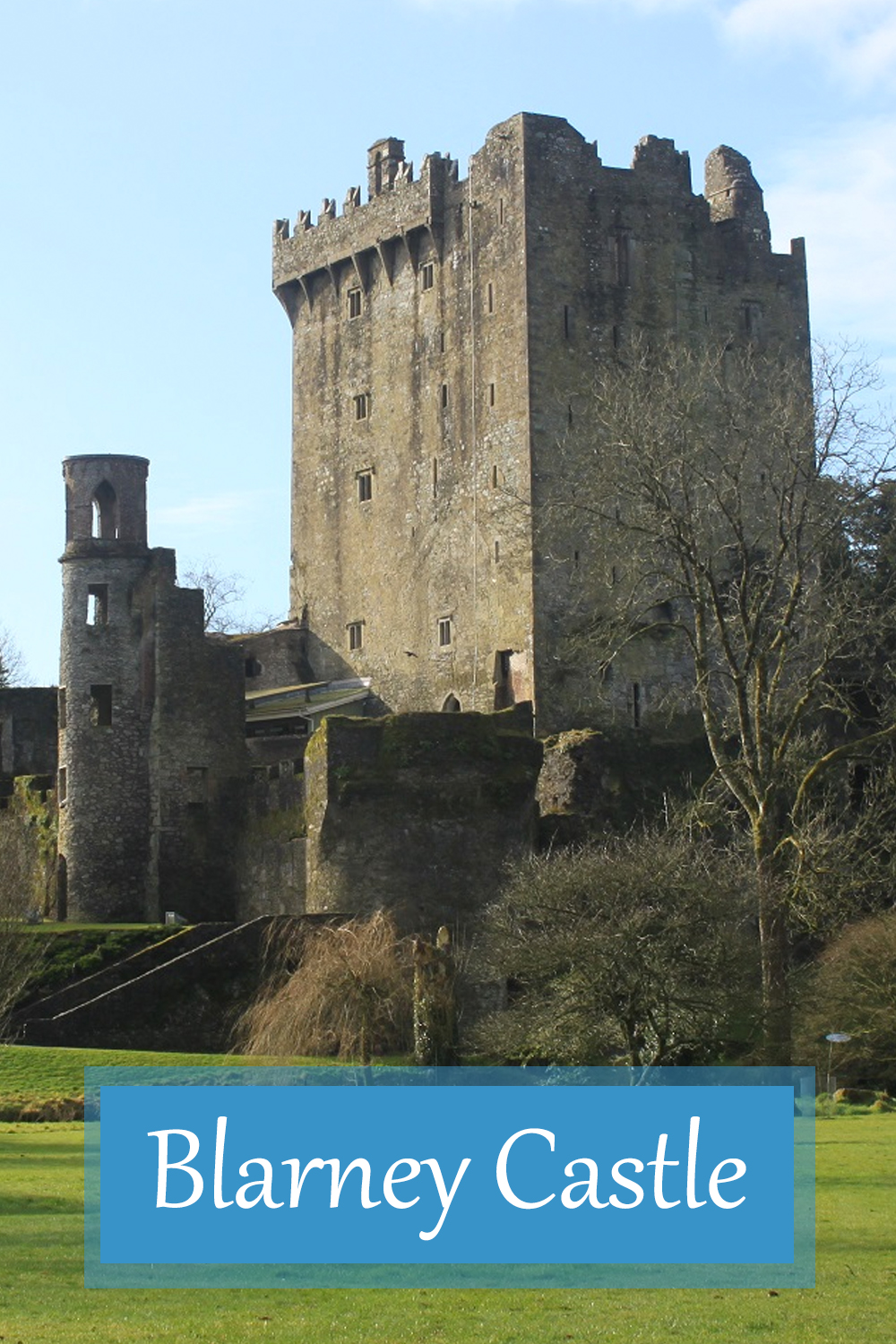 The Scottish Highlands – Things to Do & Travel Guide