When I got laid off, the first thing I did was book a trip to Switzerland – with no regrets. I stayed in Zurich, and it’s an extremely beautiful city that makes a great base to see other parts of the neutral nation. There’s something about the Swiss mountains and the beautiful but humble architecture that makes Switzerland so unique, and the country’s beautiful city of Zurich is a great way to start to see it all. 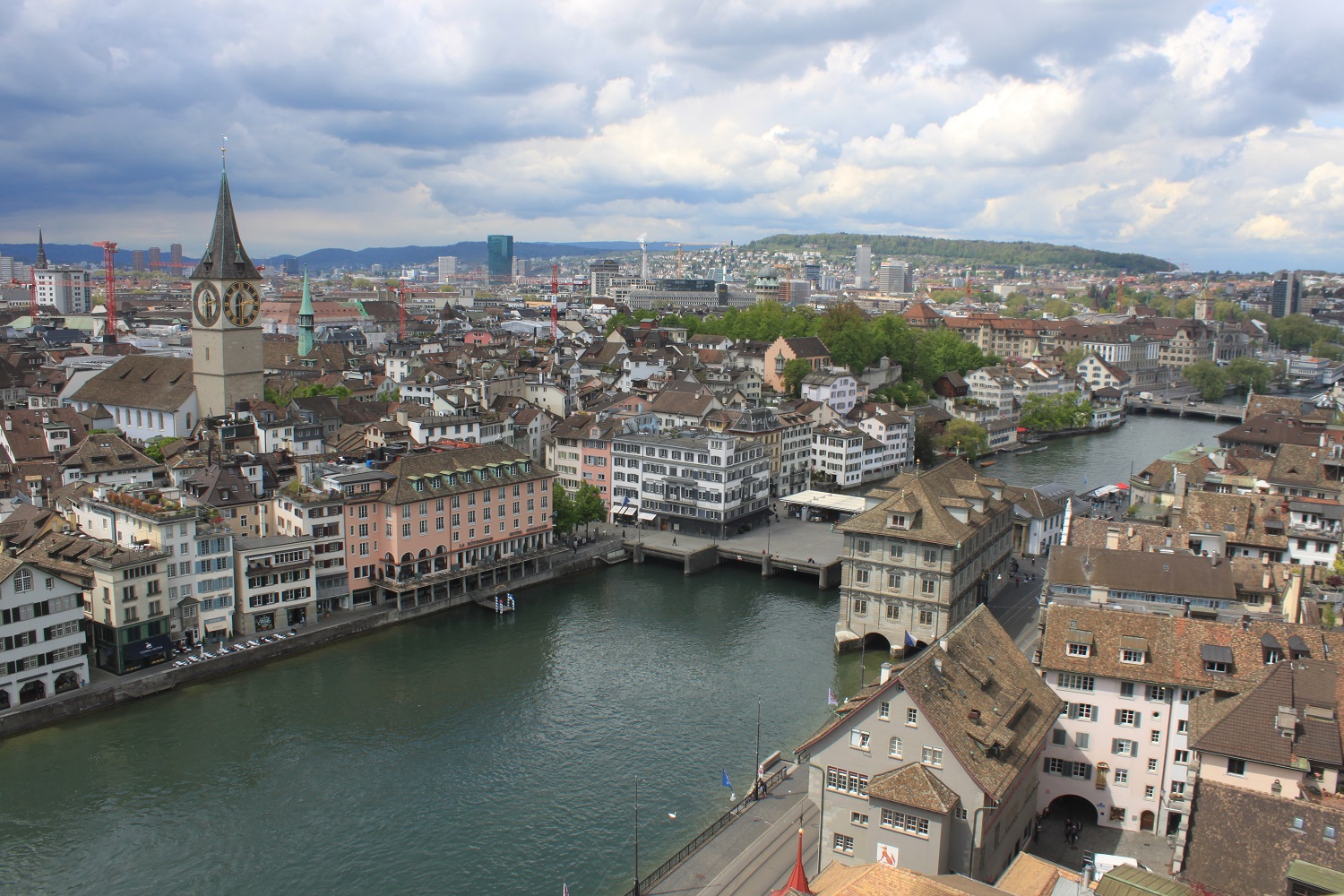 The History of Zurich

The area around Zurich had been inhabited since ancient days. Zurich as we know it today grew under Frankish rule in the 8th century and grew further after the Fraumunster was founded in 853. It became a free city in 1218 and joined the Swiss Confederacy in 1351. Zurich later became the home of the Swiss Reformation when a preacher named Ulrich Zwingli was the priest of the Grossmunster Church, and the reformation brought many craftsmen into Zurich, which launched its status as a city of industry. The city would also grow more under the industrial revolution of the 18th and 19th centuries.

Zurich was considered as the “federal city” (or capital) of Switzerland but the title went to Bern. Zurich was already an economic powerhouse and the Swiss didn’t want to put all their eggs in one basket. Today Zurich is Switzerland’s biggest city and an absolute gem.

Things to Do in Zurich

What I really loved about Zurich is that it’s not very touristy but a very local city. It’s a sizable nice city to explore that isn’t too small or overwhelmingly big. Even though it’s Switzerland’s largest city, it’s a lot more off the beaten path than say Paris or Barcelona – actually, the population is about 400k residents, so it’s smaller than my hometown of Baltimore. It’s a great place to travel when you want a change of scenery and don’t want to be completely overwhelmed with things to do. 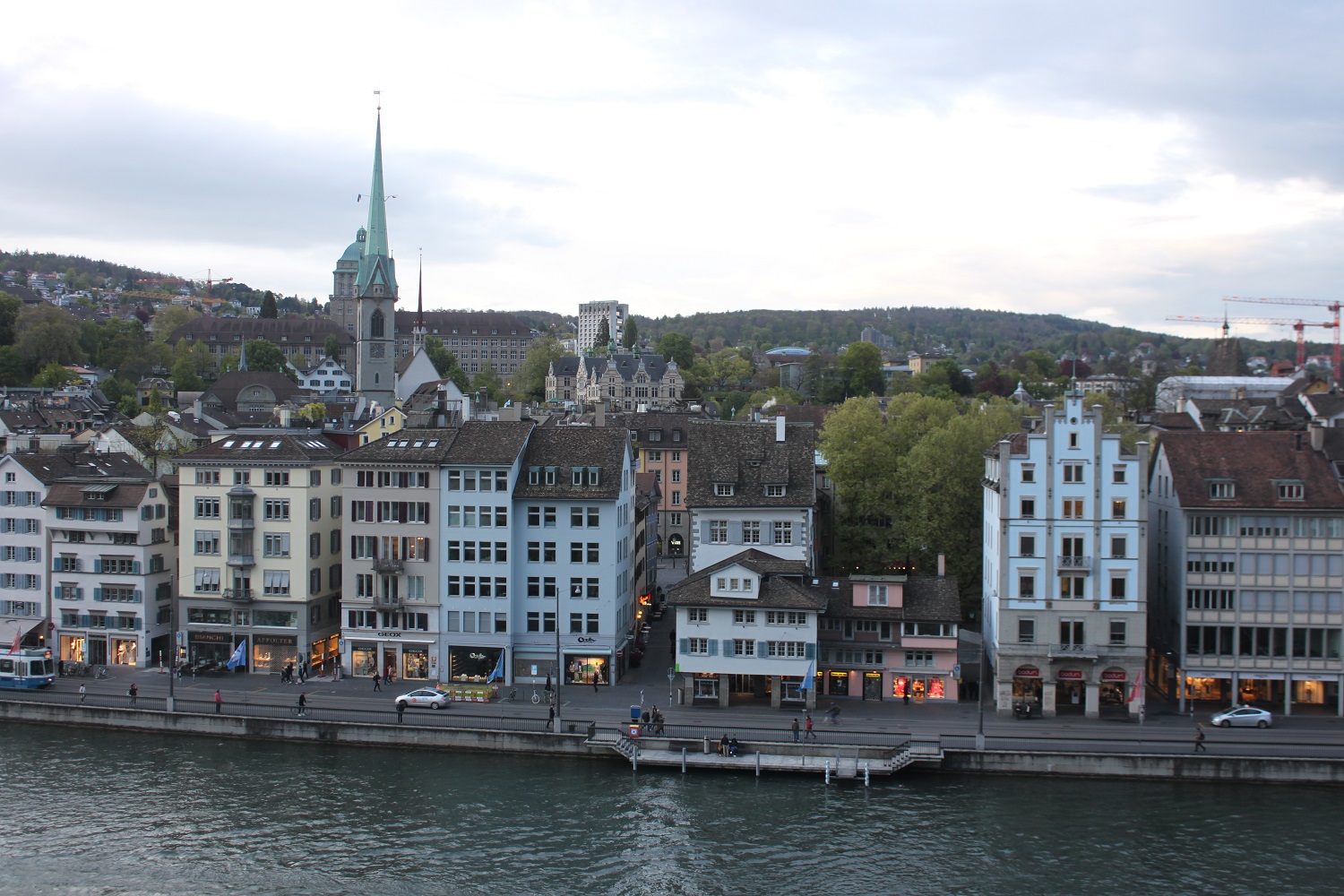 My absolute favourite museum in the city would be the Swiss National Museum, because it gives a very rounded and thorough picture of what makes Switzerland, Switzerland. I always like to visit country-specific museums when abroad and this is the poster child of just that. They also have the Kunsthaus (art museum), but I found it to be quite small, even considering that it’s the biggest art museum in Switzerland. Switzerland also seems to be quite big on modern art which is not my cup of tea. For more and older art, there’s the Rietberg Museum, which specialises in non-European art. 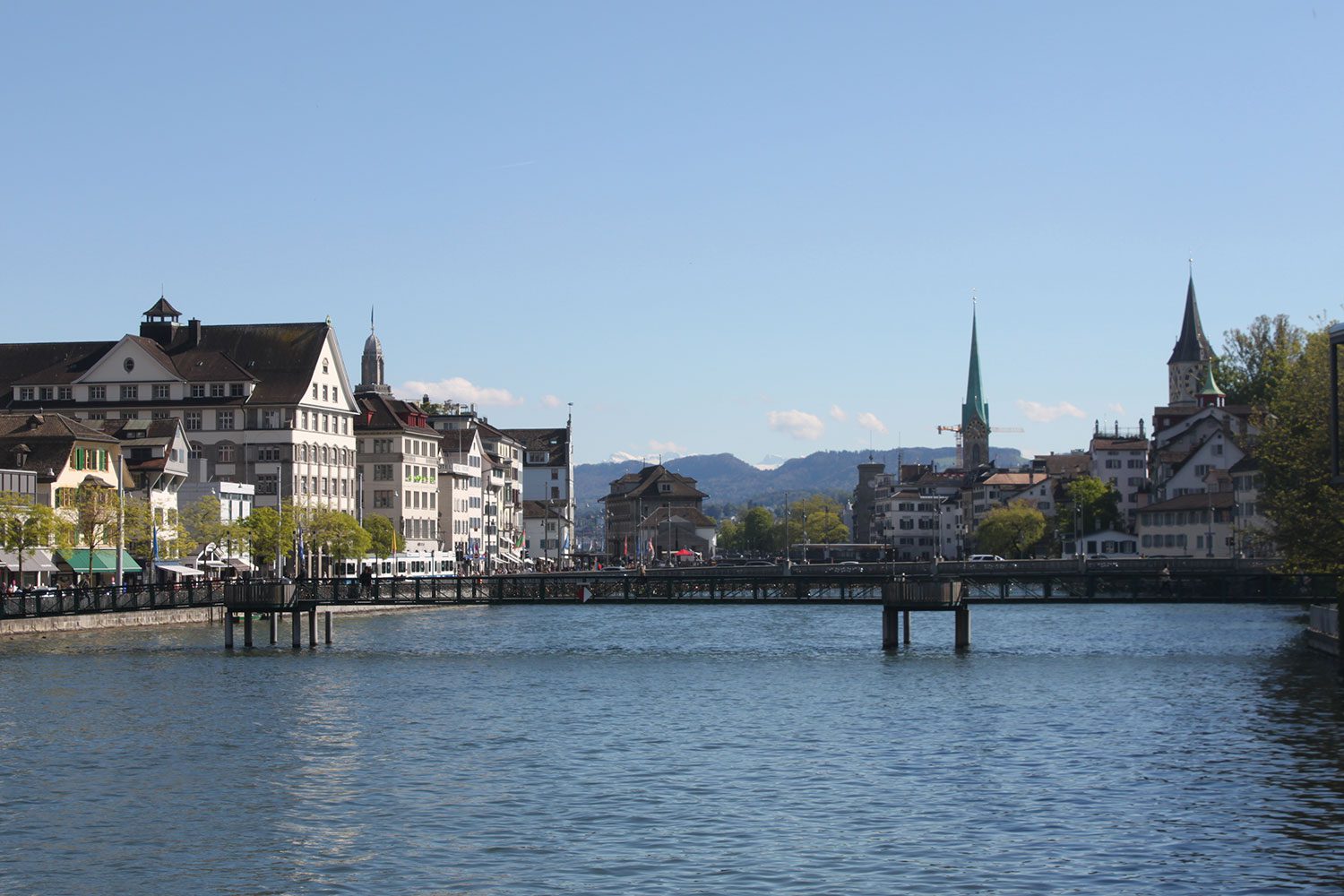 Zurich has a Museum of Digital Art, a Museum of Design (which is primarily modern design), and – get ready for it – a piece by Le Corbusier which is not a far walk from the city centre! It’s the last house he designed but unfortunately he died a few years before it was completed, so he never got to see the finished product.

You can also visit the anthropology museum called Kulturama. 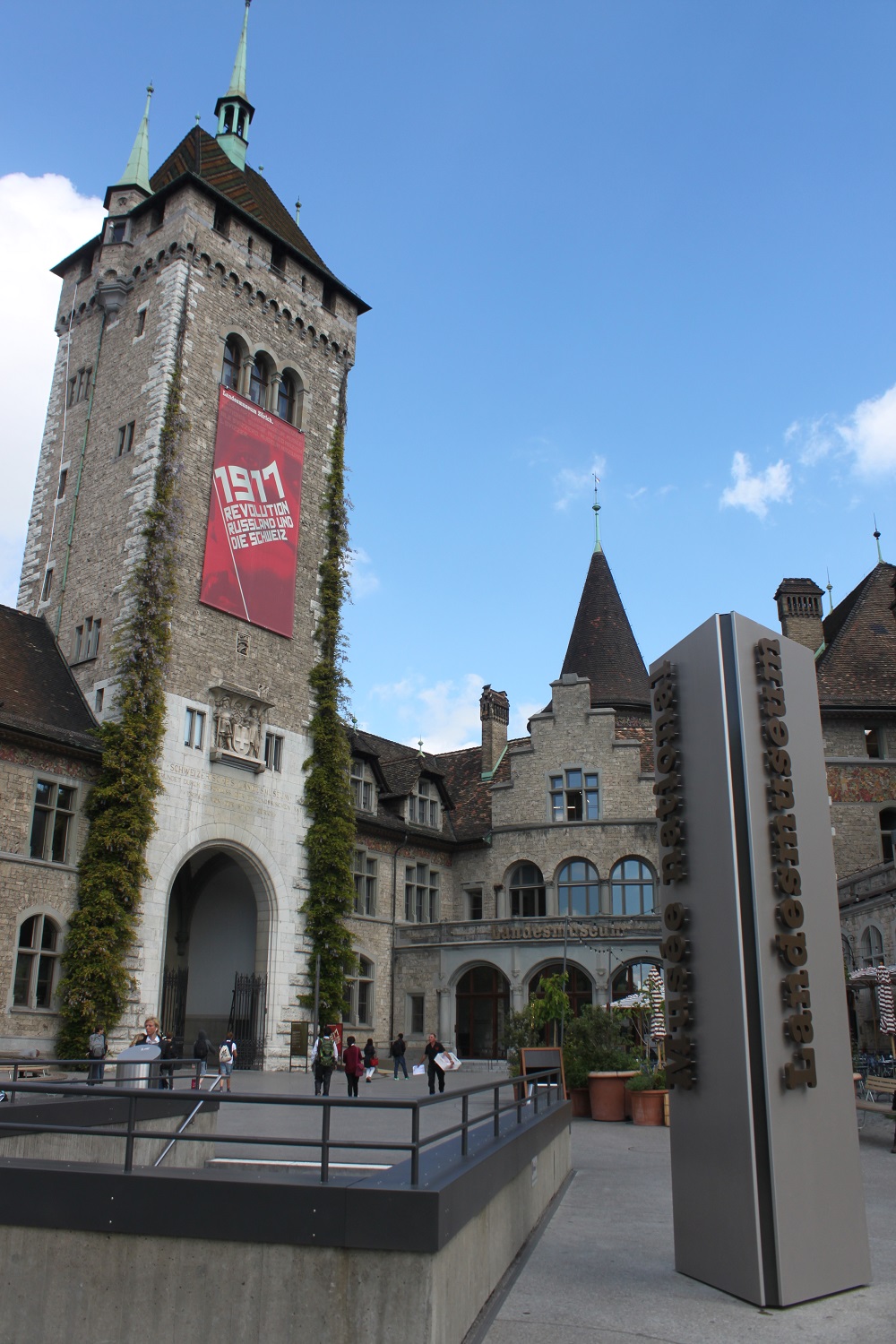 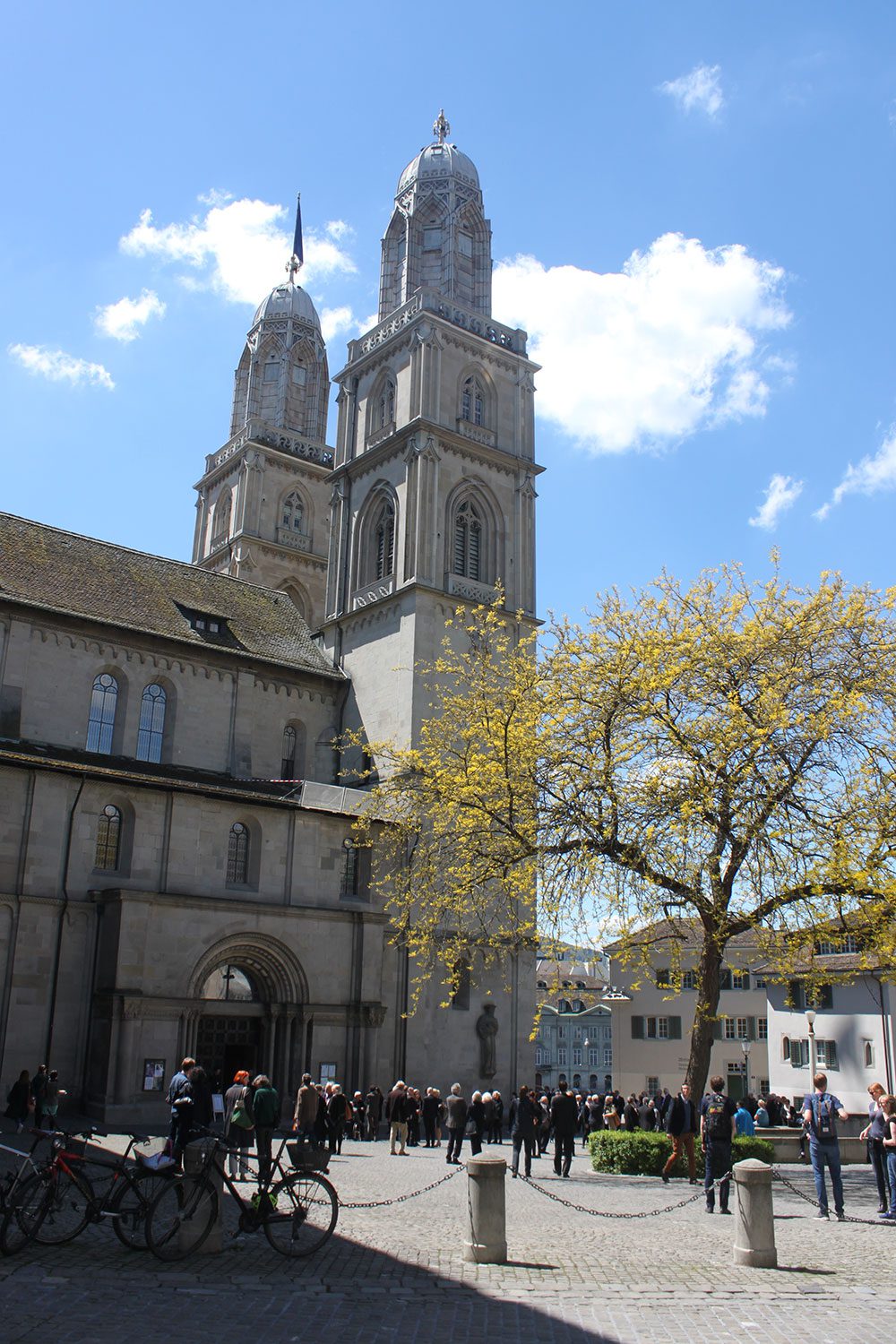 There are also lots of Zurich landmarks to see. You should go to Lindenhof for a nice view of the city. Lindenhof has a lot of historical significance since it’s where Romans and Franks built their castles, but unfortunately it’s just a park today. The views make it worth visiting, though. You can also climb up the tower of Grossmünster (the cathedral) for even more views. Be sure to check out the Marc Chagall stained glass windows when you’re inside. This is not to be confused with the Fraumunster I mentioned earlier, which is another commanding structure (but much less dominating than the aforementioned Grossmunster).

A lot of Zurich is built in more recent centuries but you can visit the Old Town near Lindenhof. It’s not the biggest altstadt but it’s very cute. The most beautiful part of Zurich, though, is the nature surrounding it. The city is nestled in the mountains by one of Switzerland’s famous lakes, making one of the most stunning sceneries. 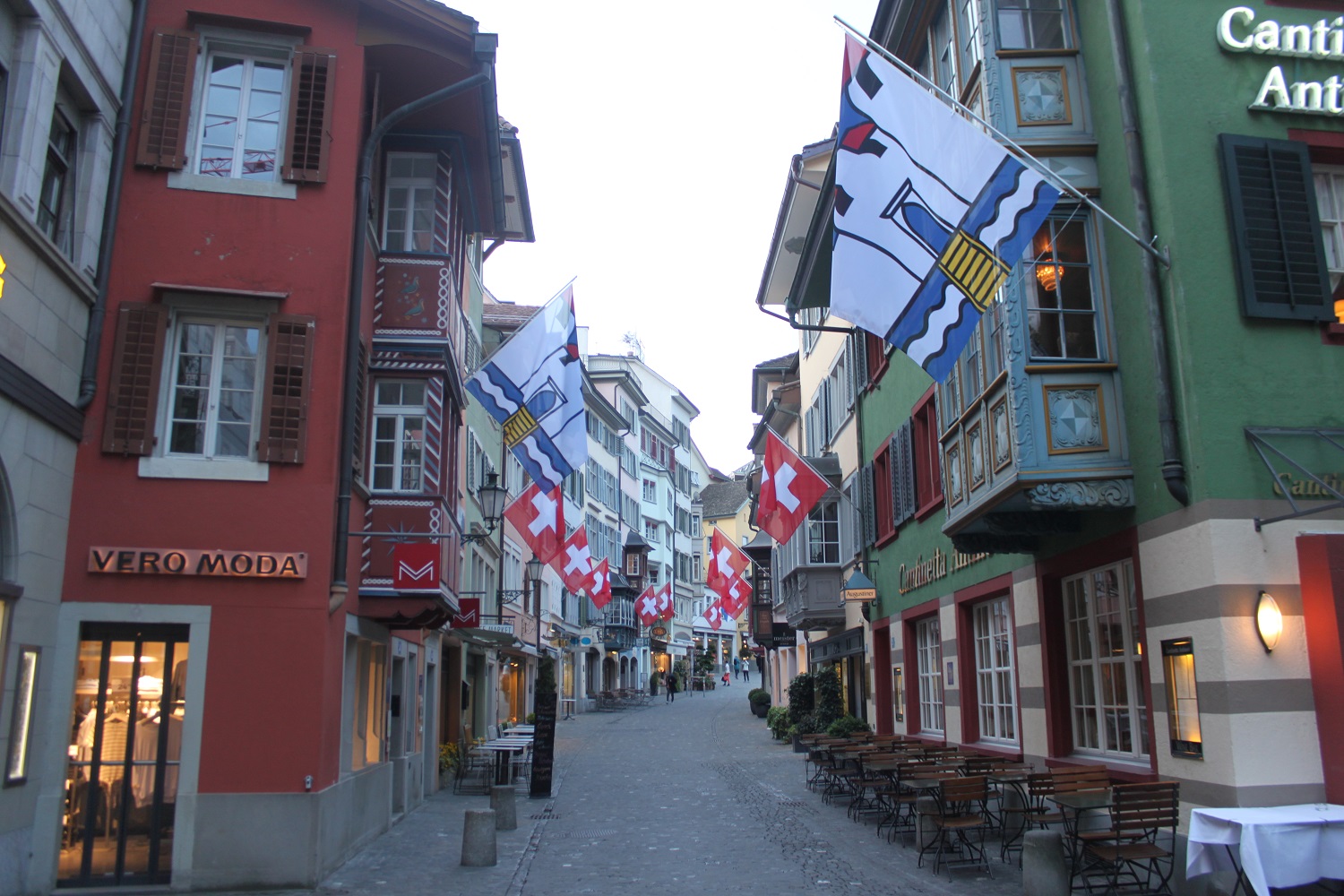 There’s also a tonne of food options for meat-eaters and vegetarians alive. Of course you should try to find a fondue restaurant, since fondue is a delicious Swiss specialty, but know that the price will probably be at least 40 CHF (roughly $40), and if memory serves me, that’s per 2 people. If you’re a vegetarian, be sure to give Hiltl a try – they’re the oldest vegetarian restaurant in Europe! The restaurant has a sit-down option and also a buffet where you can get a to-go order. Their buffet and sit-down menus are very different though, so choose wisely – or end up doing both!

Also, don’t feel bad about splurging on your chocolate experiences. It’s so delicious, and so worth it. I have to say I still prefer Belgium as a chocolatier but it was fun doing the research for it. 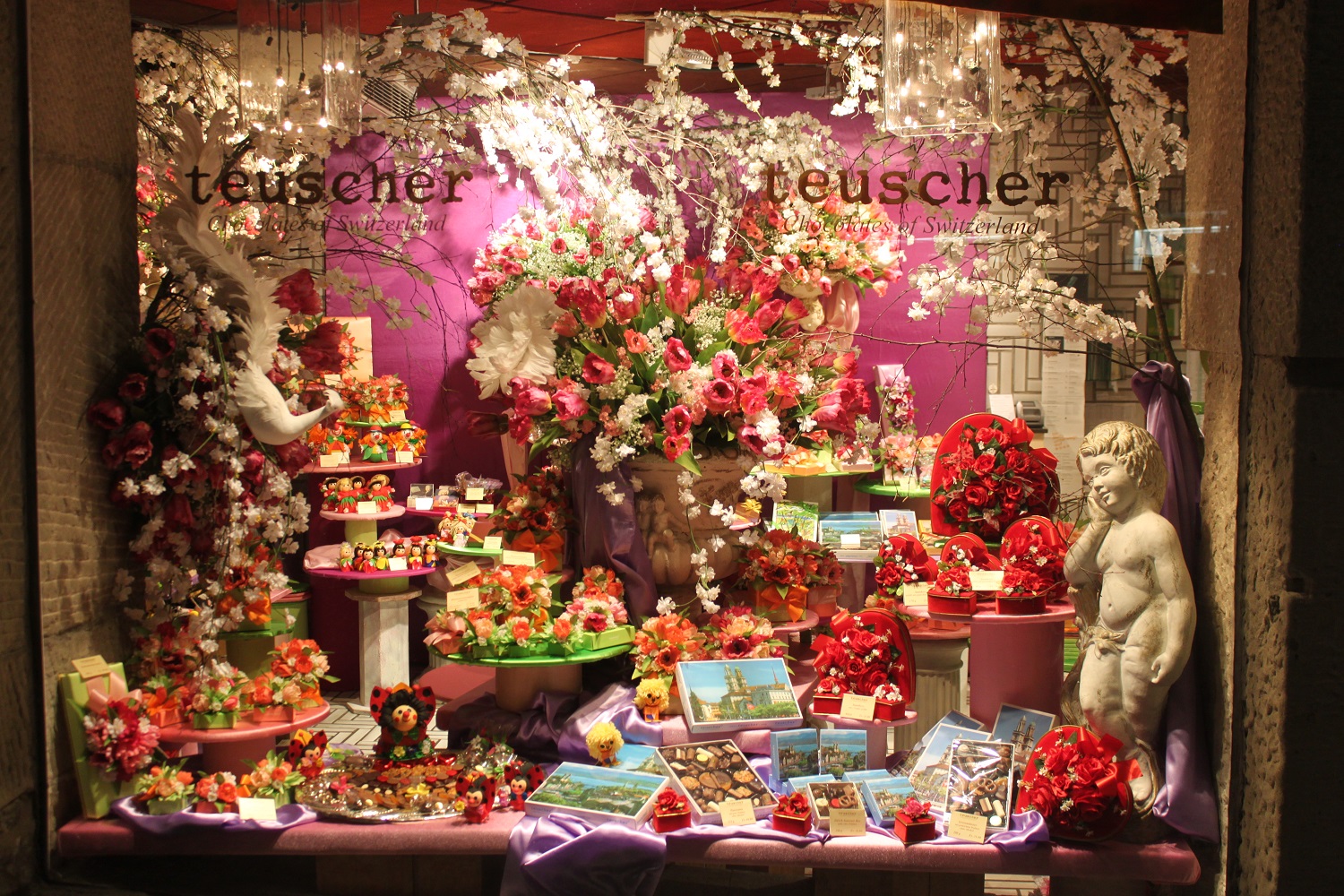 This is arguably the most beautiful photo I’ve ever taken.

Zurich has a lot of great nightlife, as well. Whether you like clubbing or grabbing drinks at a bar, Zurich has it all! Ladies – I even walked across town in the middle of the night and felt completely safe. Actually, I didn’t get catcalled or even gawked at at all in Switzerland. Anything can happen anywhere, but Switzerland is a safe bet if you’re nervous about travelling. However I was surprised by the number of people who didn’t speak English, so knowing German is very helpful. Swiss German sounds nothing like Hochdeutsch but the people will easily dumb down their German for you. 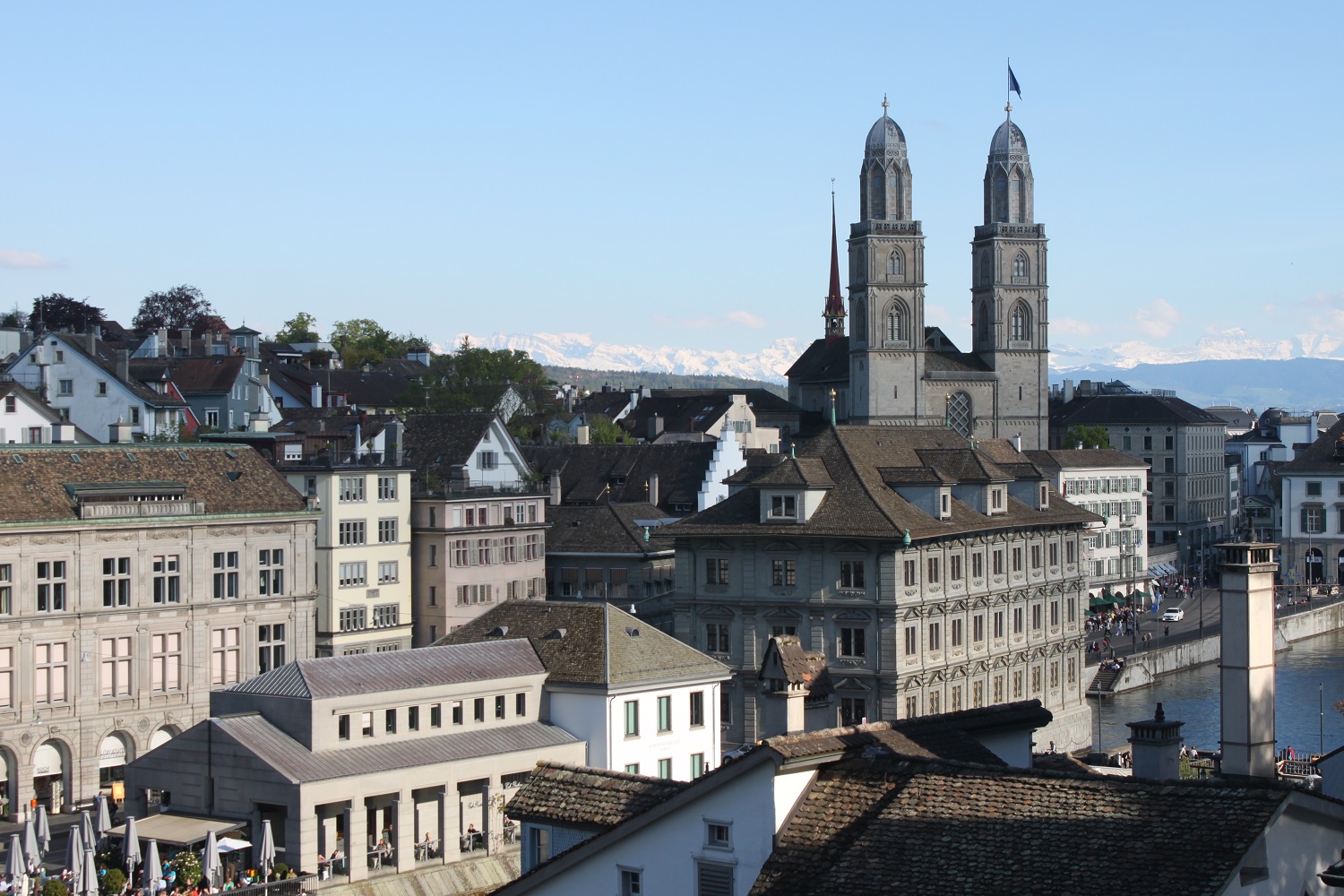 Zurich also makes a great base to see the rest of Switzerland since it’s so big and well connected. The location isn’t central but I was able to take day trips to every corner of Switzerland from Zurich. You can see more of my Switzerland blog posts here. 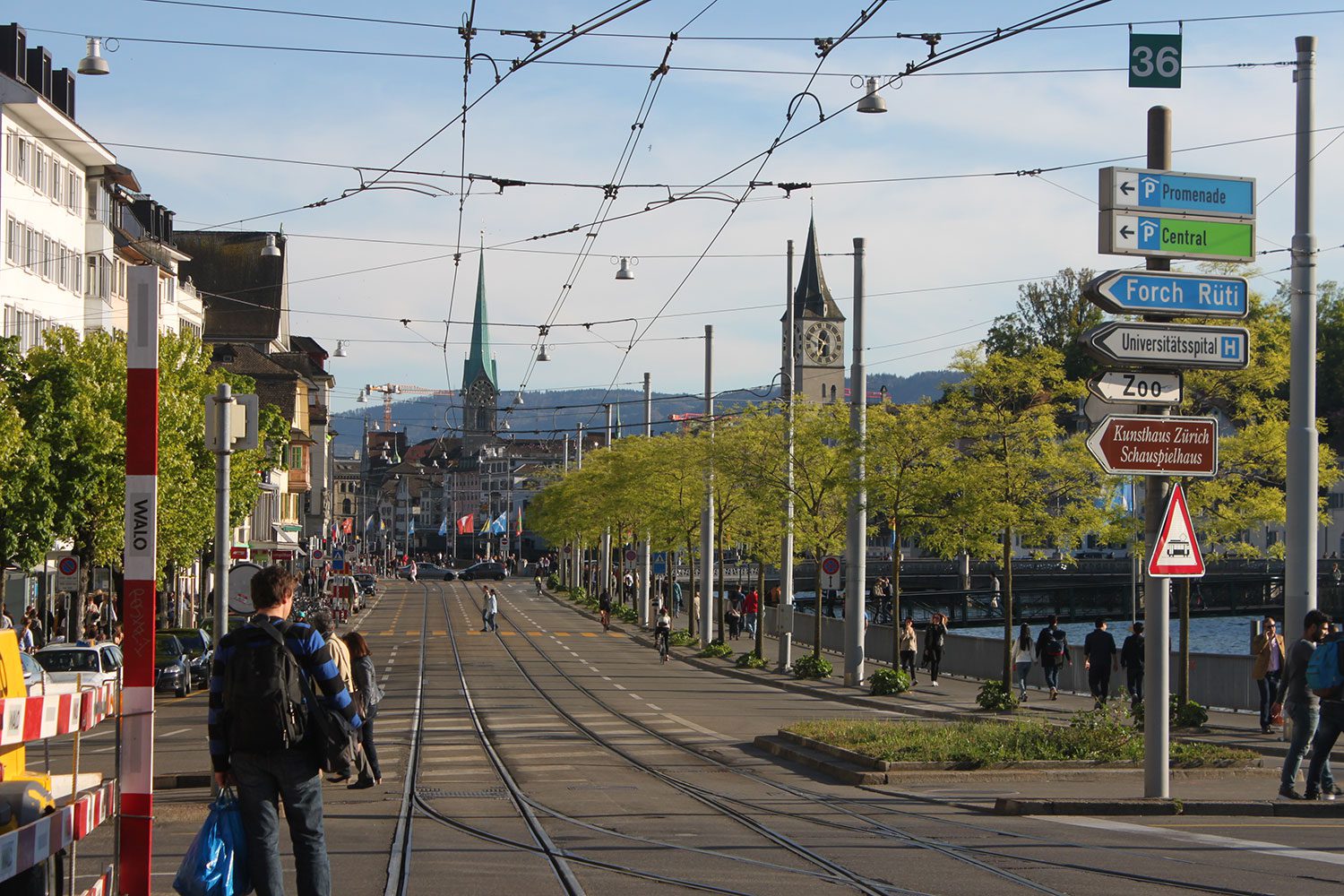 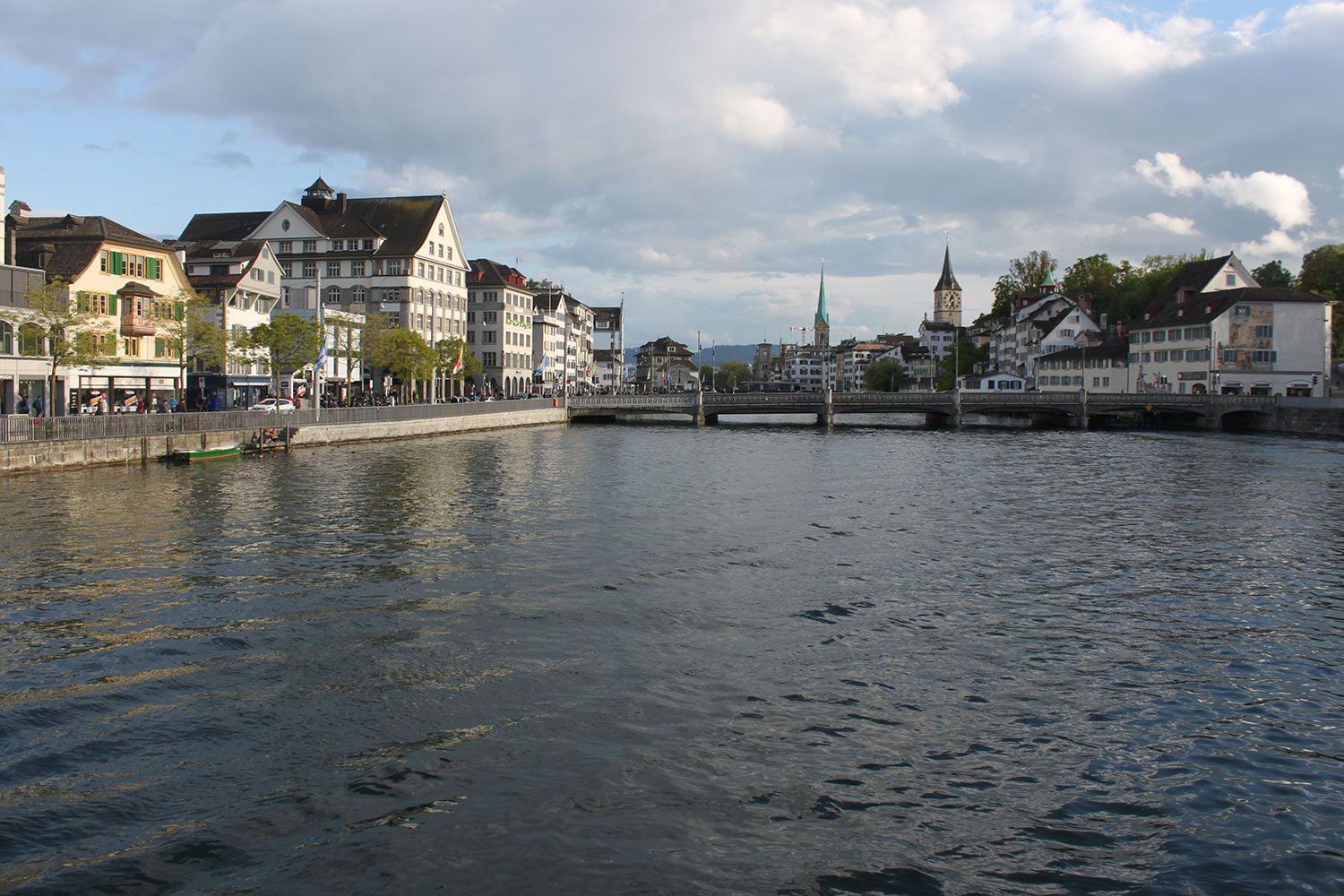 Remember to get the Swiss Travel Pass if you’re looking to explore. The price is hefty but the savings are actually huge! You get unlimited use of trains and other public transportation (which can be quite costly if purchased individually), and free admission to certain museums across the country. Be sure to check the museum websites to see if they take the “Museum Pass,” which is included in your Swiss Travel Pass purchase. All this can help you save a tonne of money. Switzerland is expensive so any saving is key!

Zurich can be seen in a day but I enjoyed staying in the city and getting to know its structure and residents more intimately. You can definitely find activities to fill 2-3 days. It’s a beautiful city and should absolutely be considered for your bucket list. 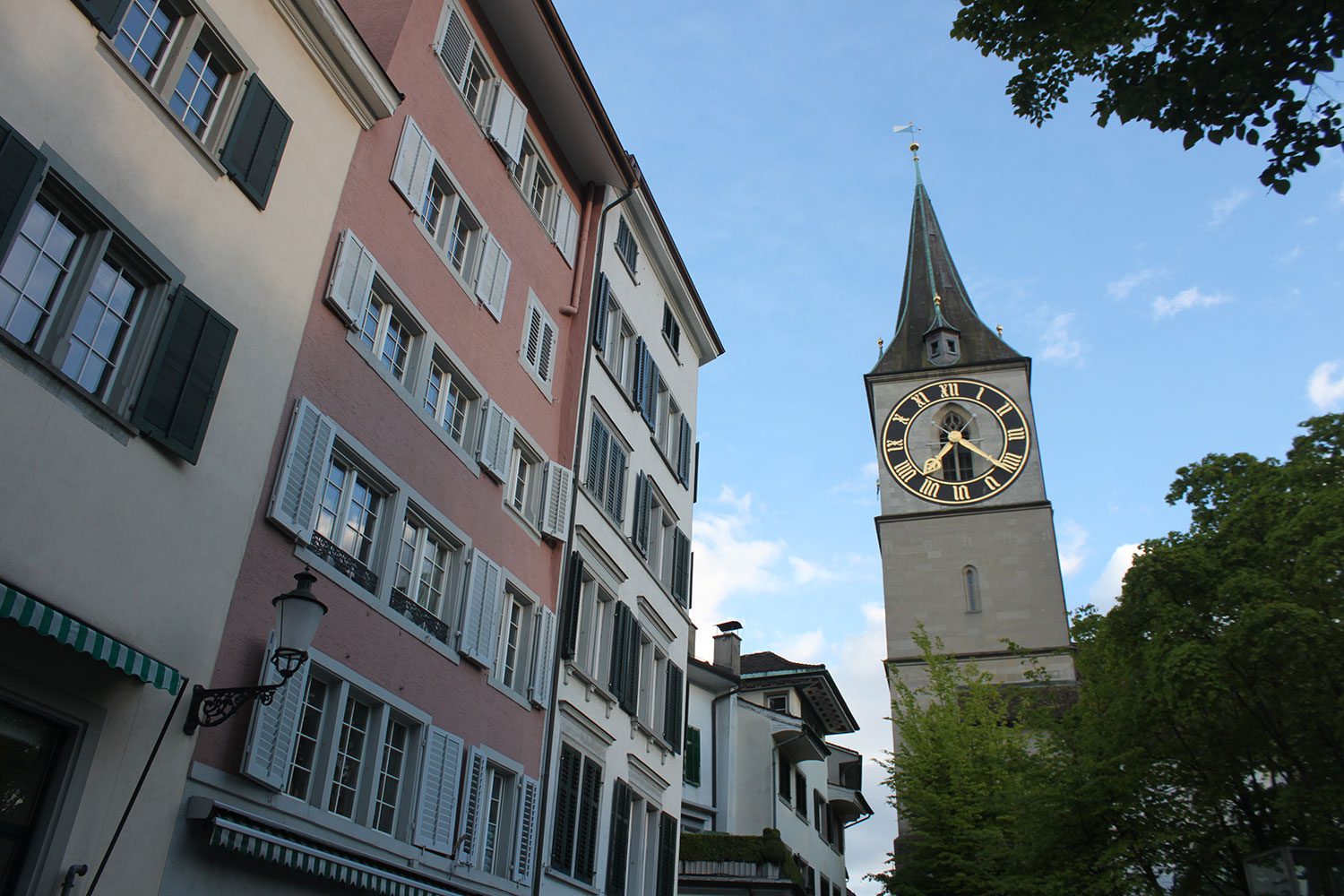 Have you ever been to Zurich? What was your impression?