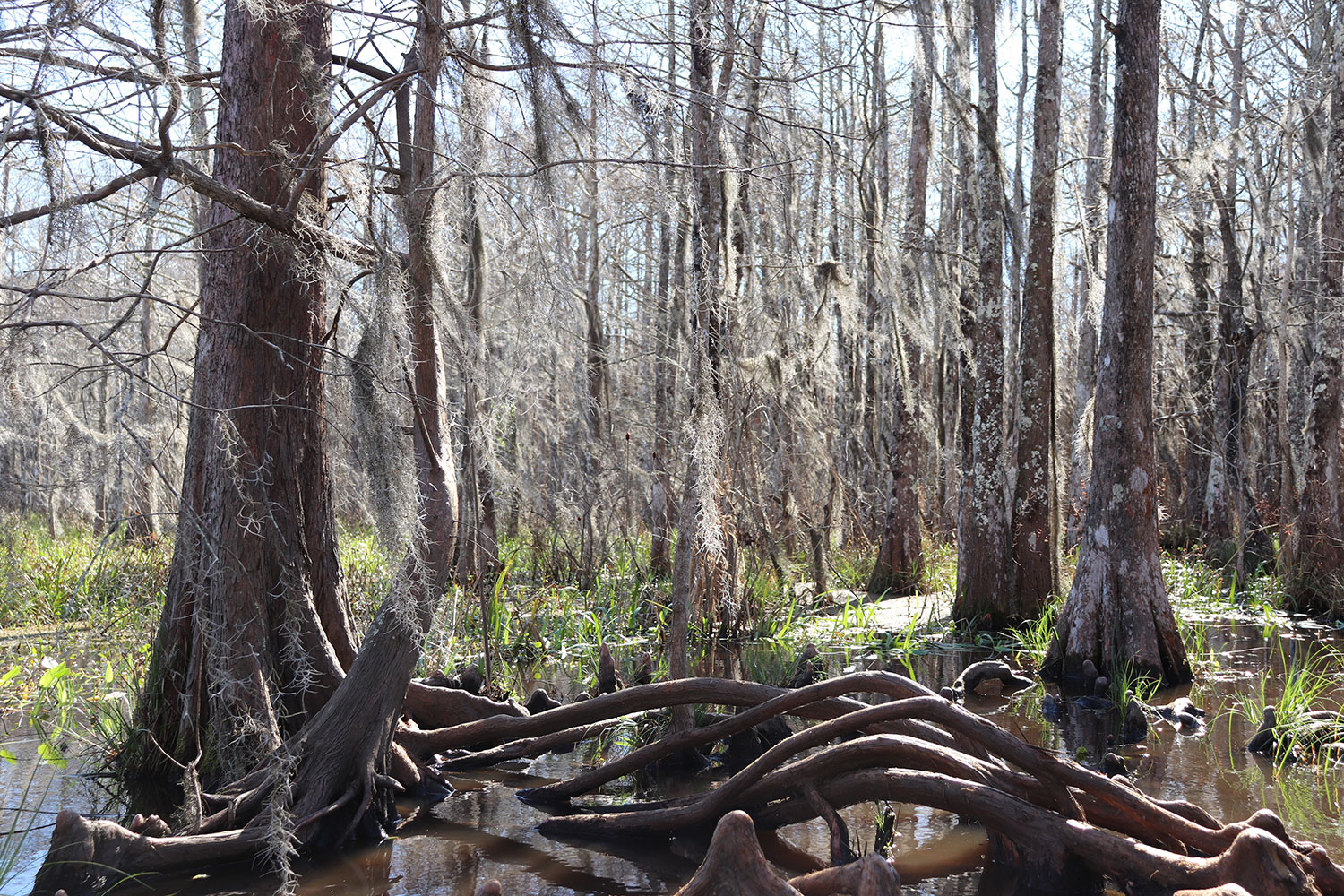 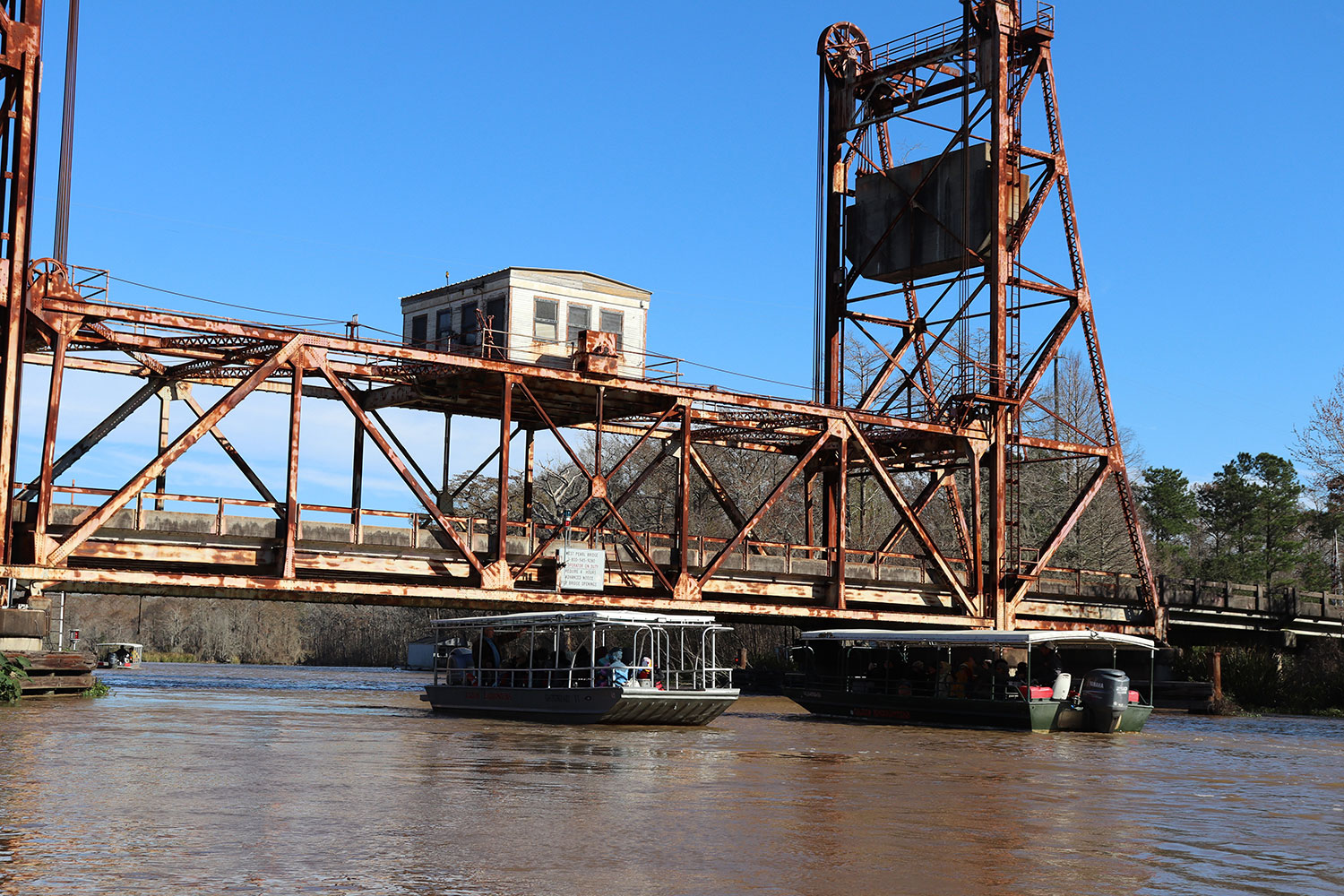 When you get there and get on the boat, there are about 20 people on each boat, and the seats face the sides. I went in January and it was quite cold down in Louisiana, so I was worried we wouldn’t be seeing much wildlife, as was our tour guide. First we headed up the river to try and see some gators. Our tour guide was great, they all seemed to like to joke around, and he was able to tell us a lot about wildlife and the culture surrounding it down in the swamp. We got to see a lot of birds, including American Egrets, Blue Herons, and the rarely-seen Bald Eagle. The main attraction attraction for everyone seems to be the alligators though, because of course it is! 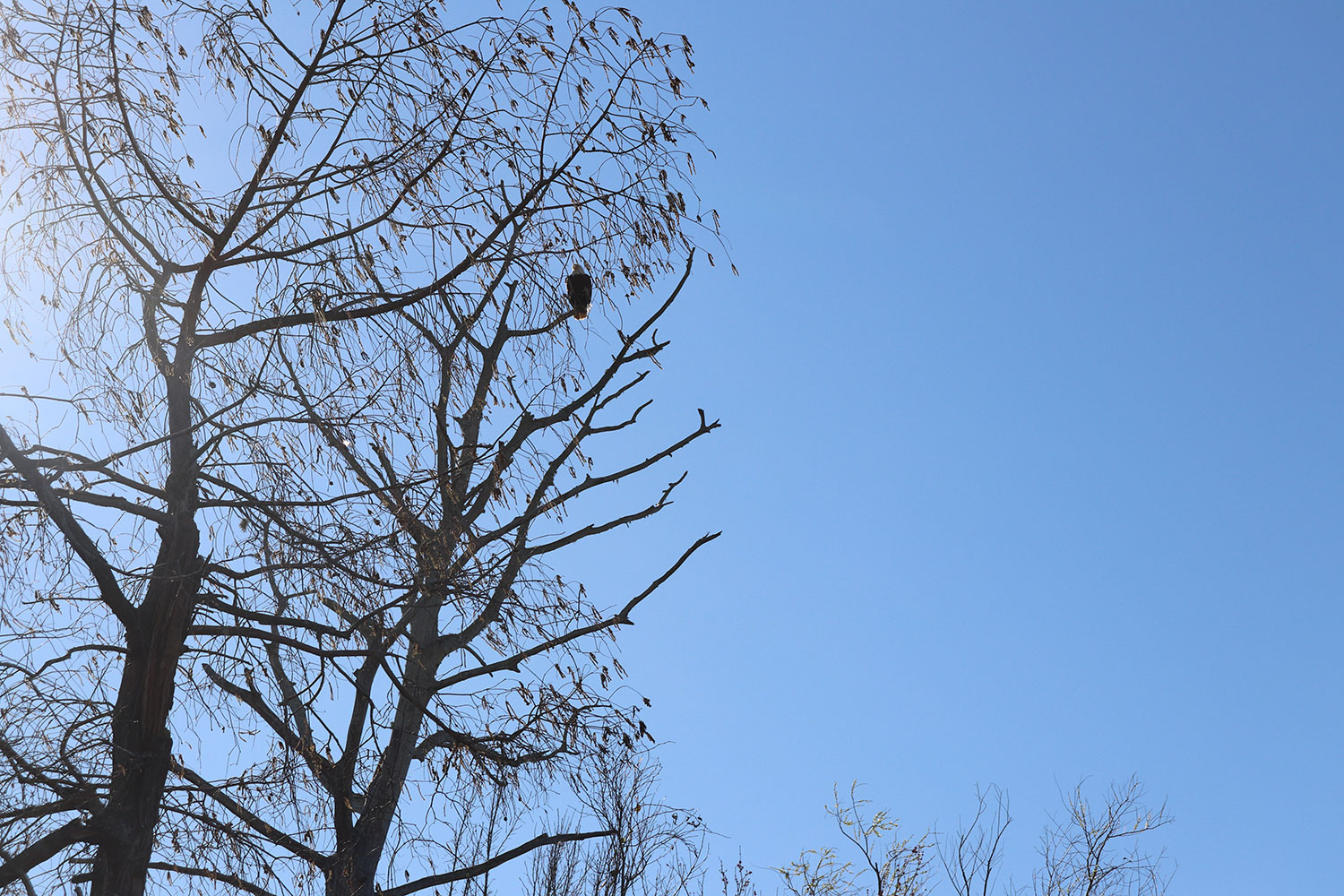 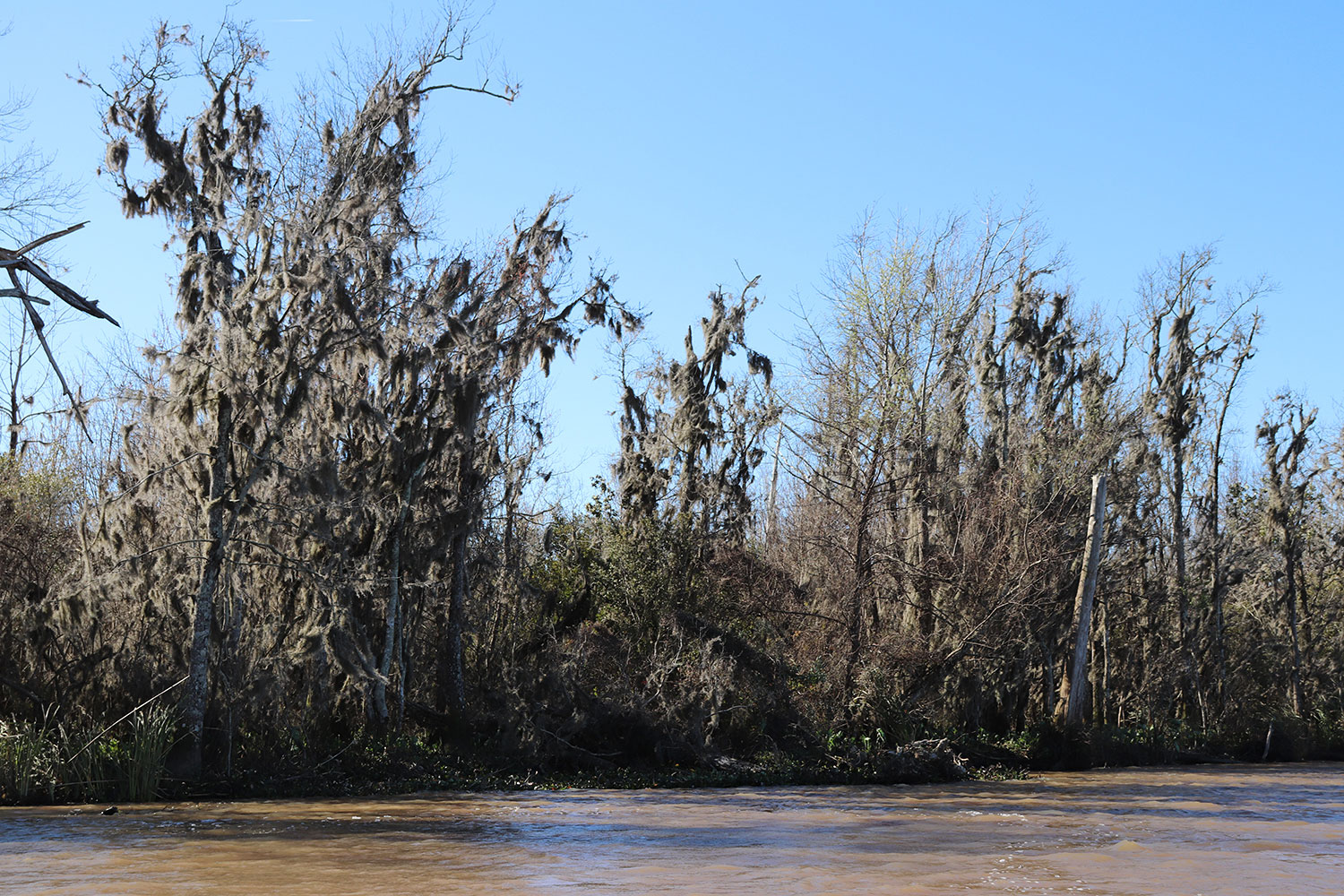 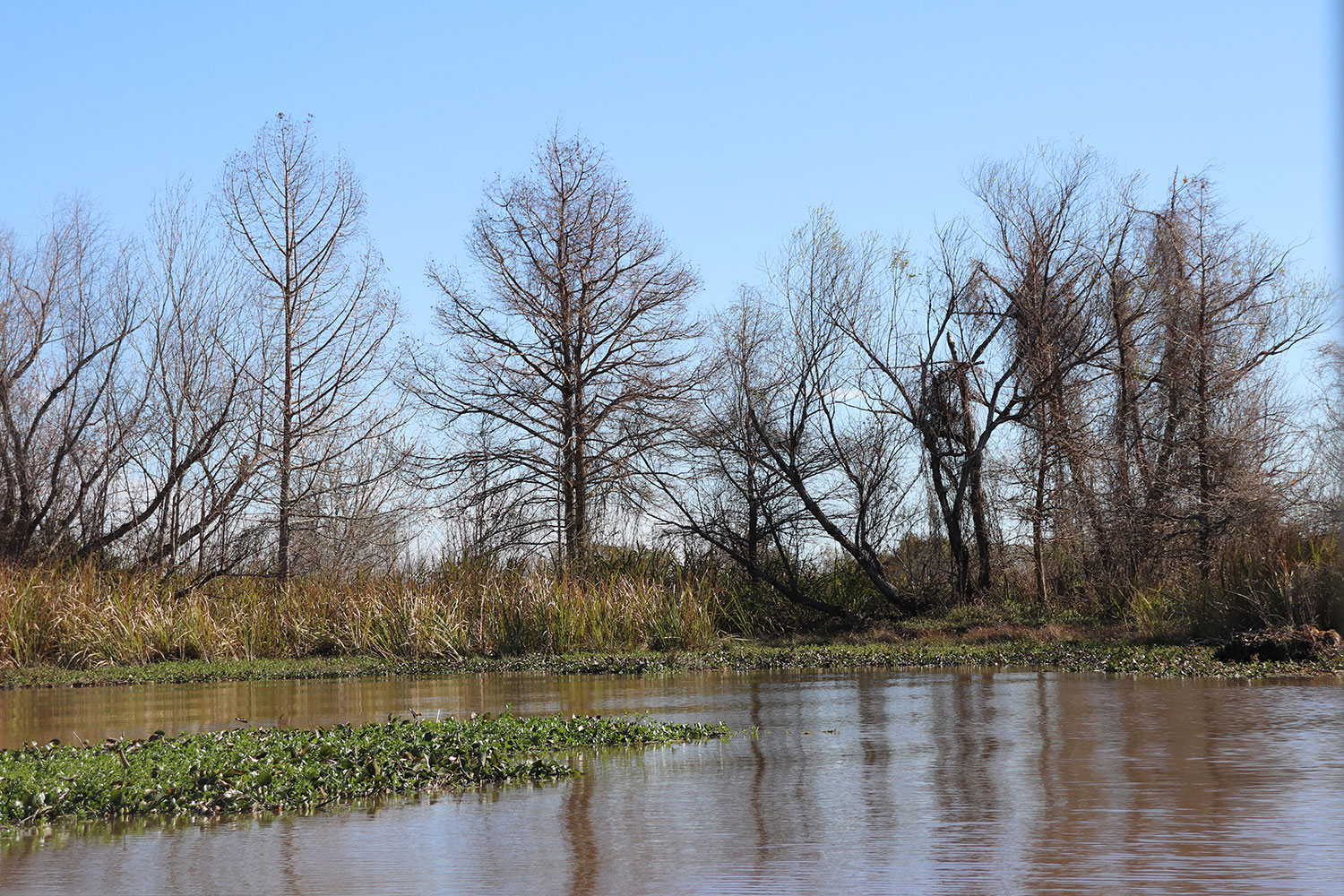 Gators don’t come out often in the winter, but our guide advised us that they can be seen all over in the summer. The guide and the company had given us fair warning that seeing a gator would be very unlikely. However, we were lucky – we ended up seeing four of them! All were small and I just wanted to scoop them up and give those cuties a hug.

Can you see the gators below? Click on the photos to see where the gator is located! 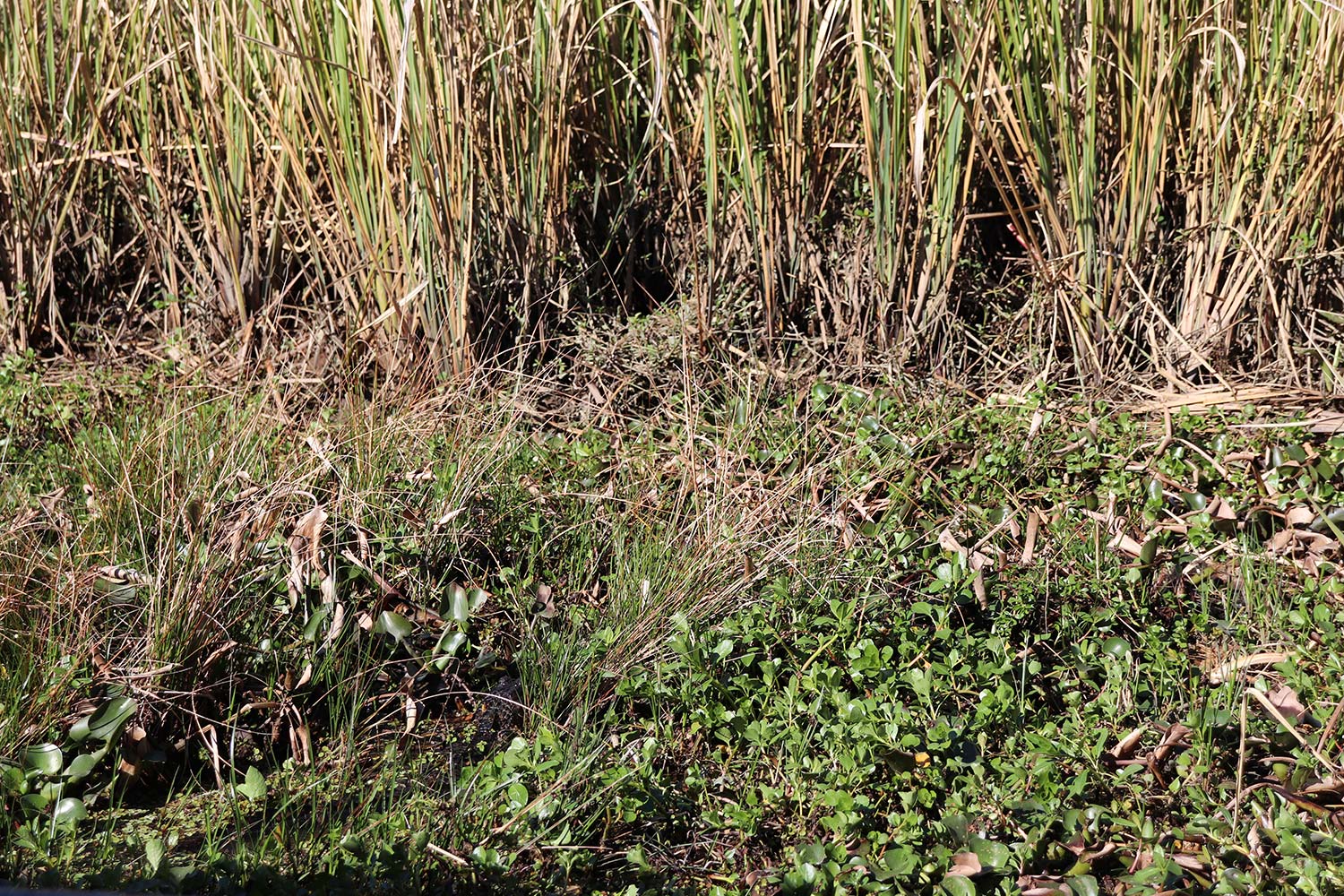 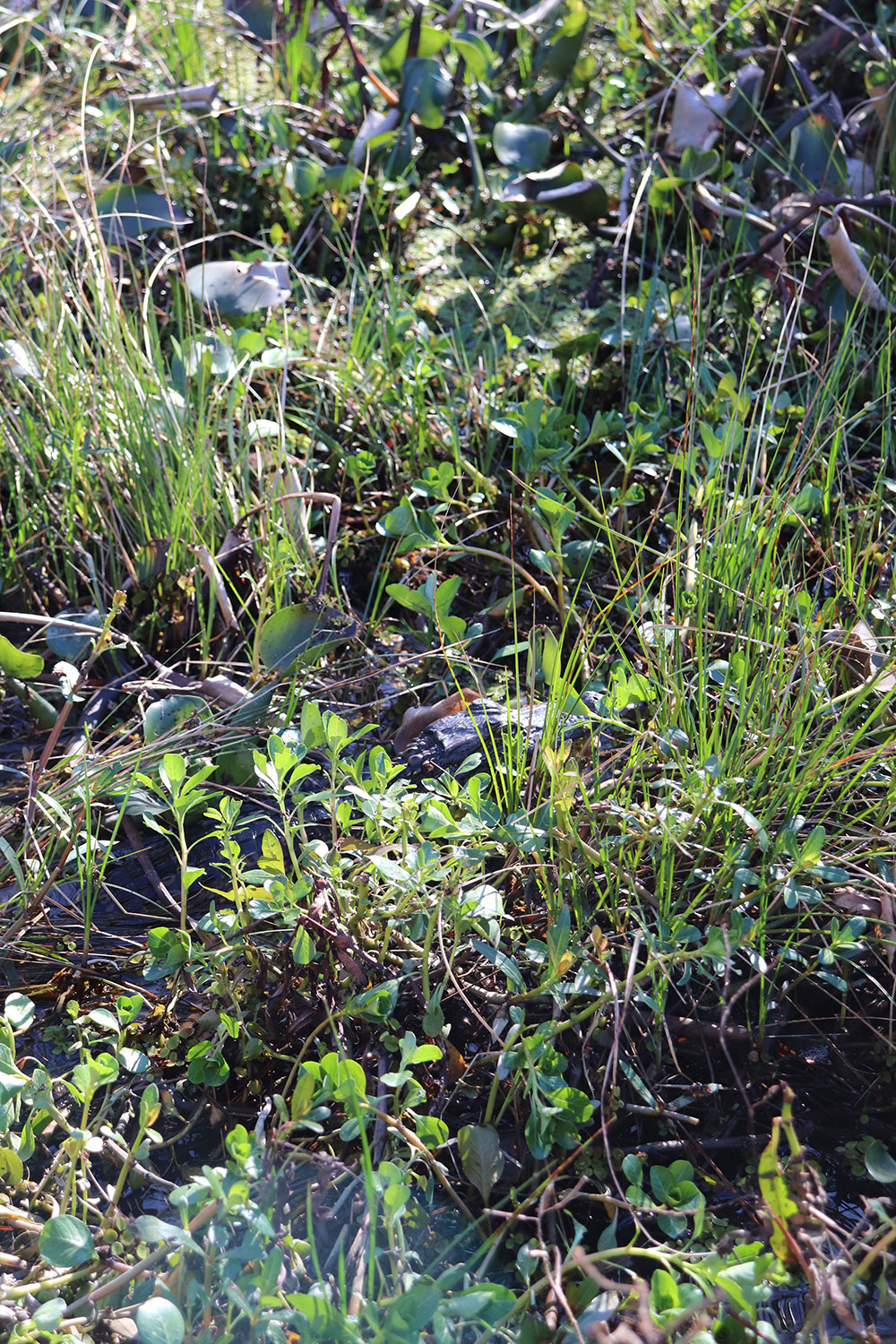 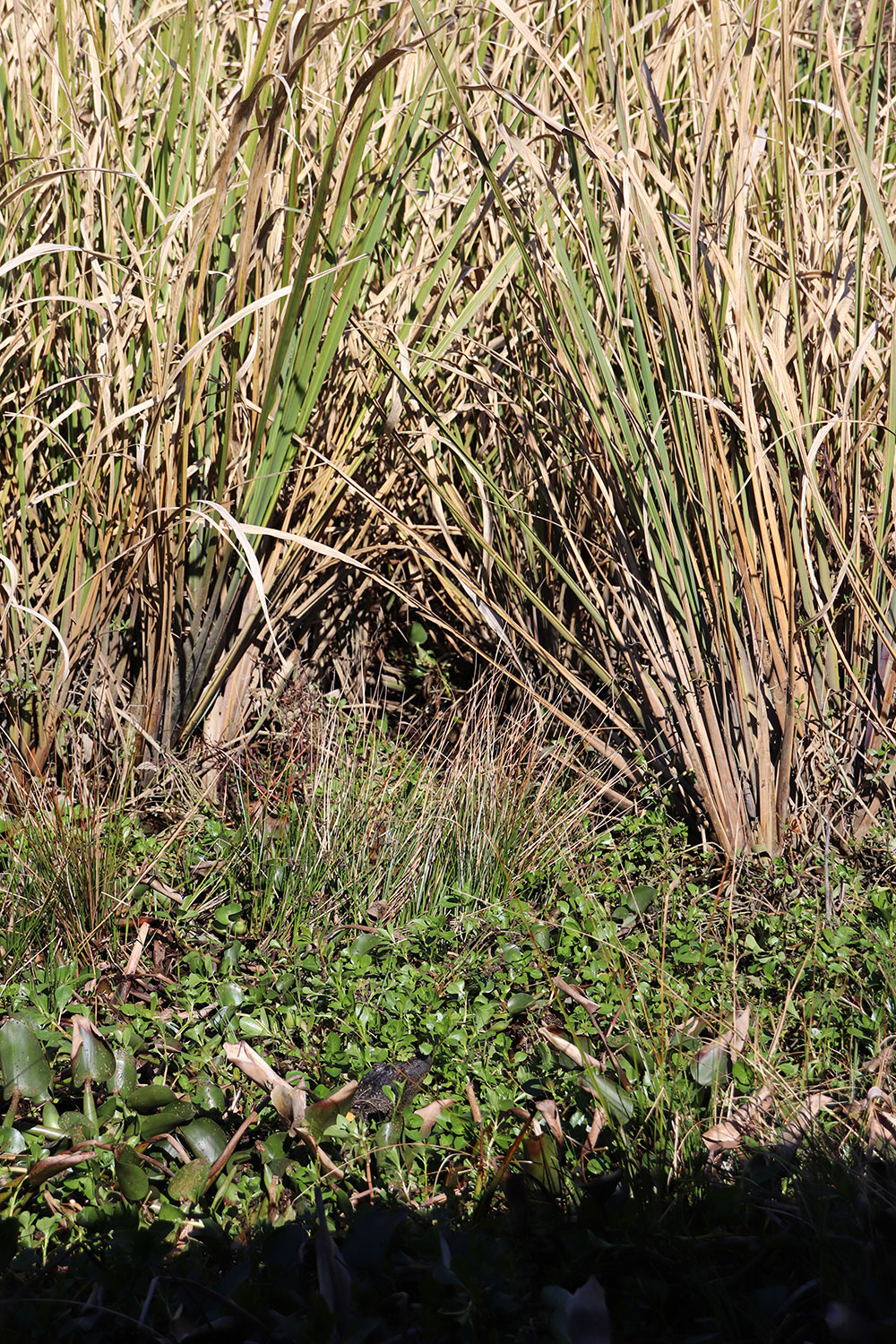 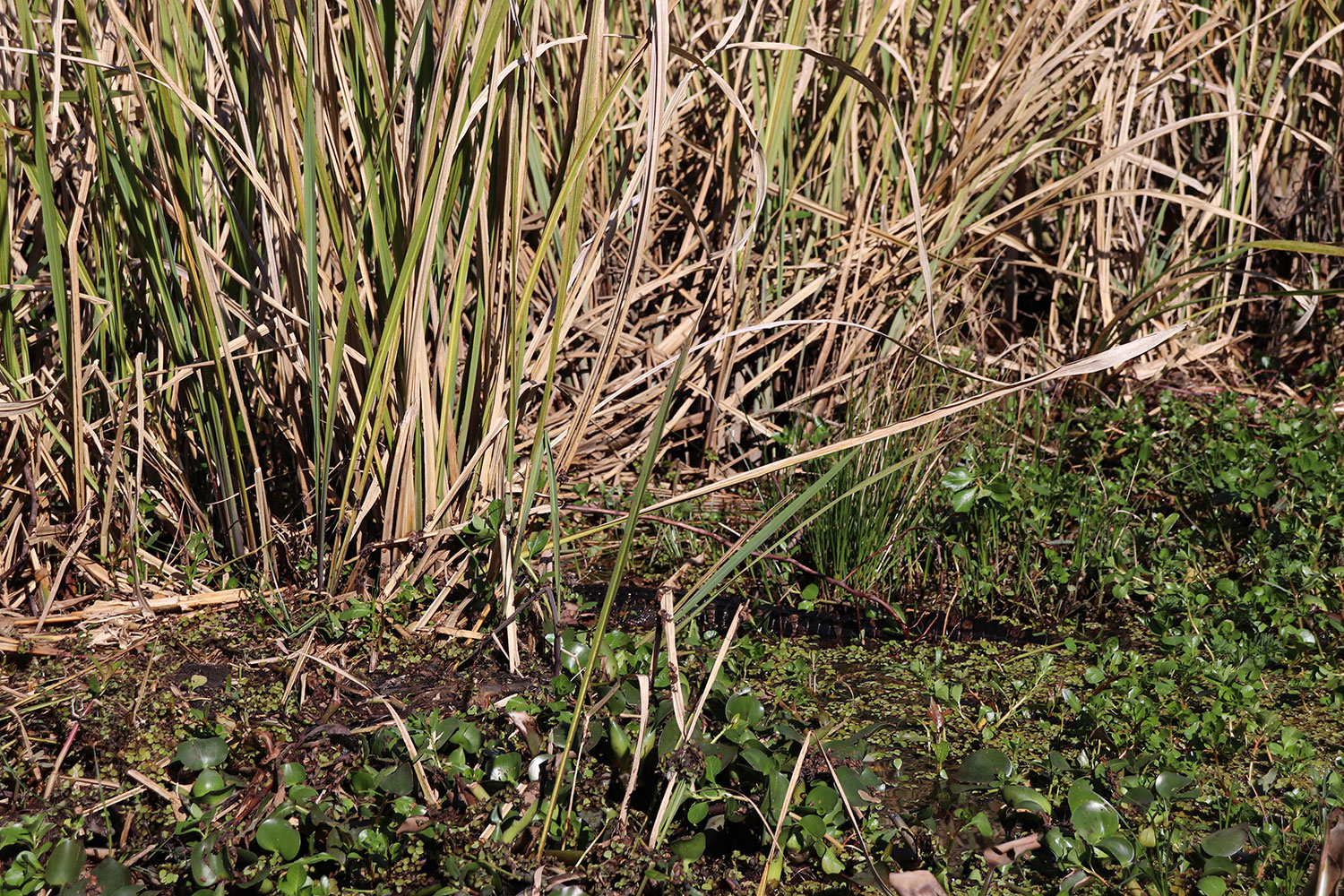 We also got to see a bunch of muskrats, which are very common in the area. They reminded me of capybaras but they’re more rabbit-sized. Our guide let us get as close as we could to all the animals while remaining on the boat, so we got to see these baby cuties and their mama up close. 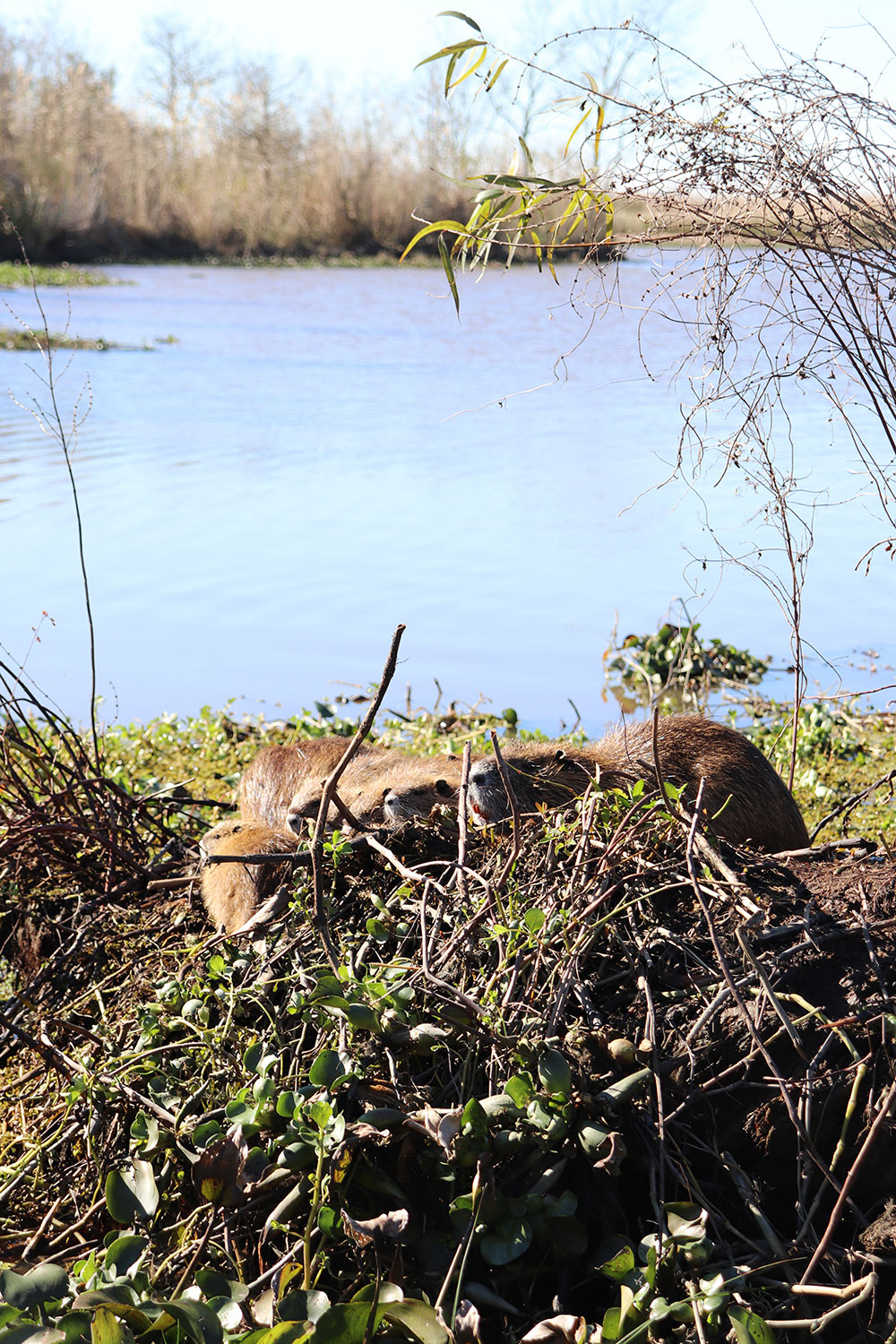 Then we got to go into the trees of the bayou. I thought it was so pretty to see Louisiana’s nature from that perspective since we actually went into the bayou, rather than just looking at it from a distance. This actually ended up being the best part. There were a few wild boars there, which the crew has lovingly named after bacon. These hogs like to come up to the boats and we got to meet those wonderful creatures. Hogs are very much like dogs, and this was so apparent in our interactions with them. 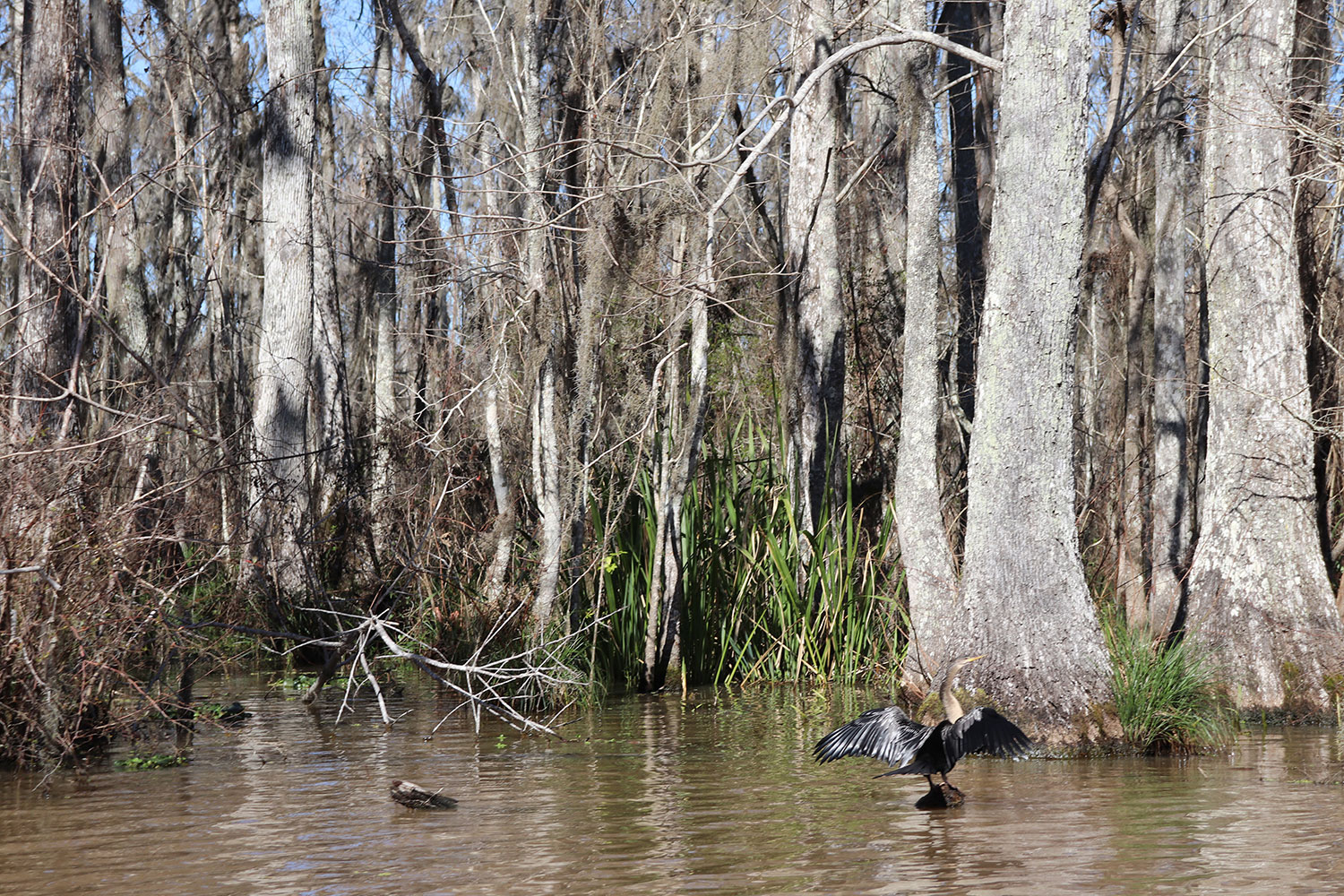 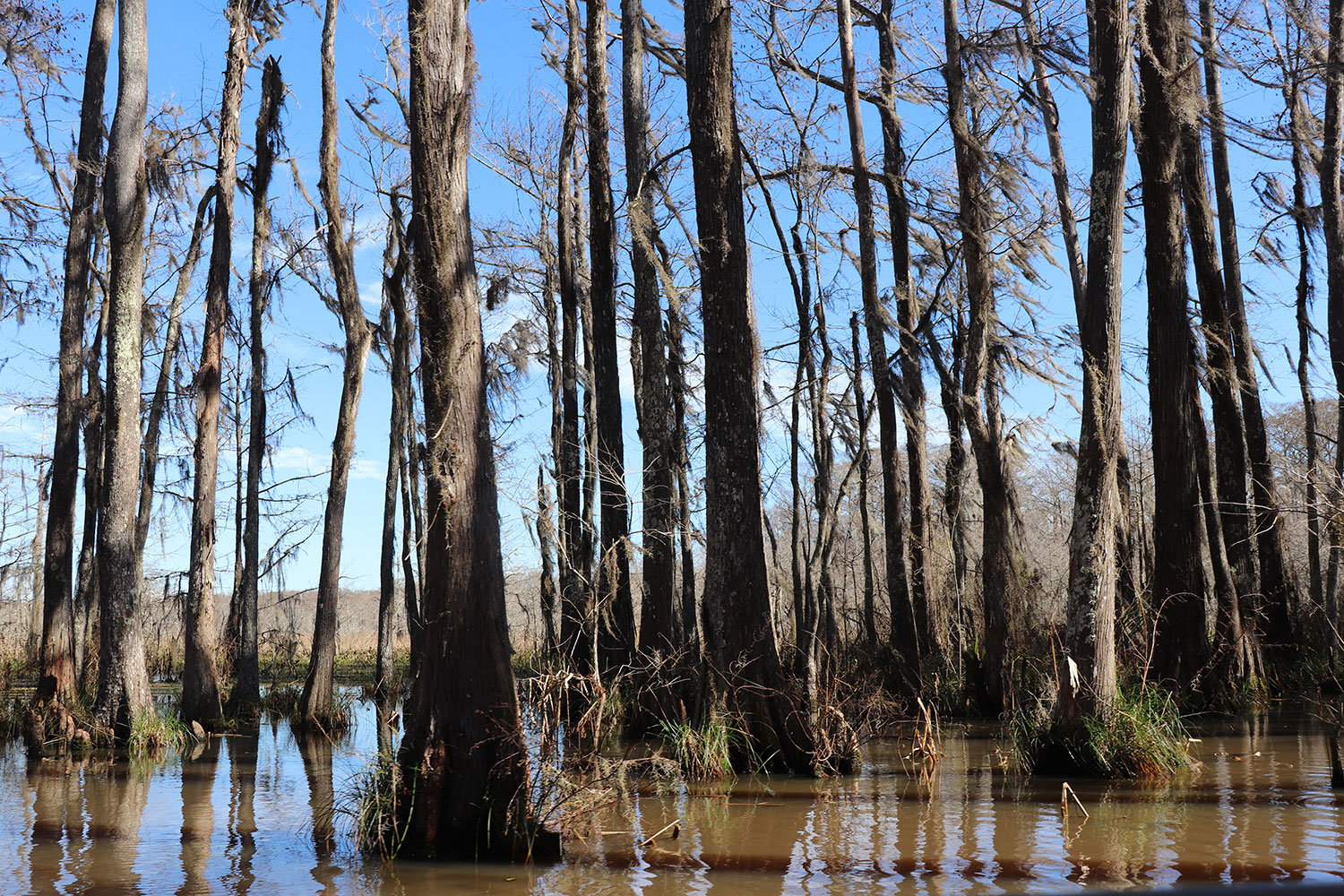 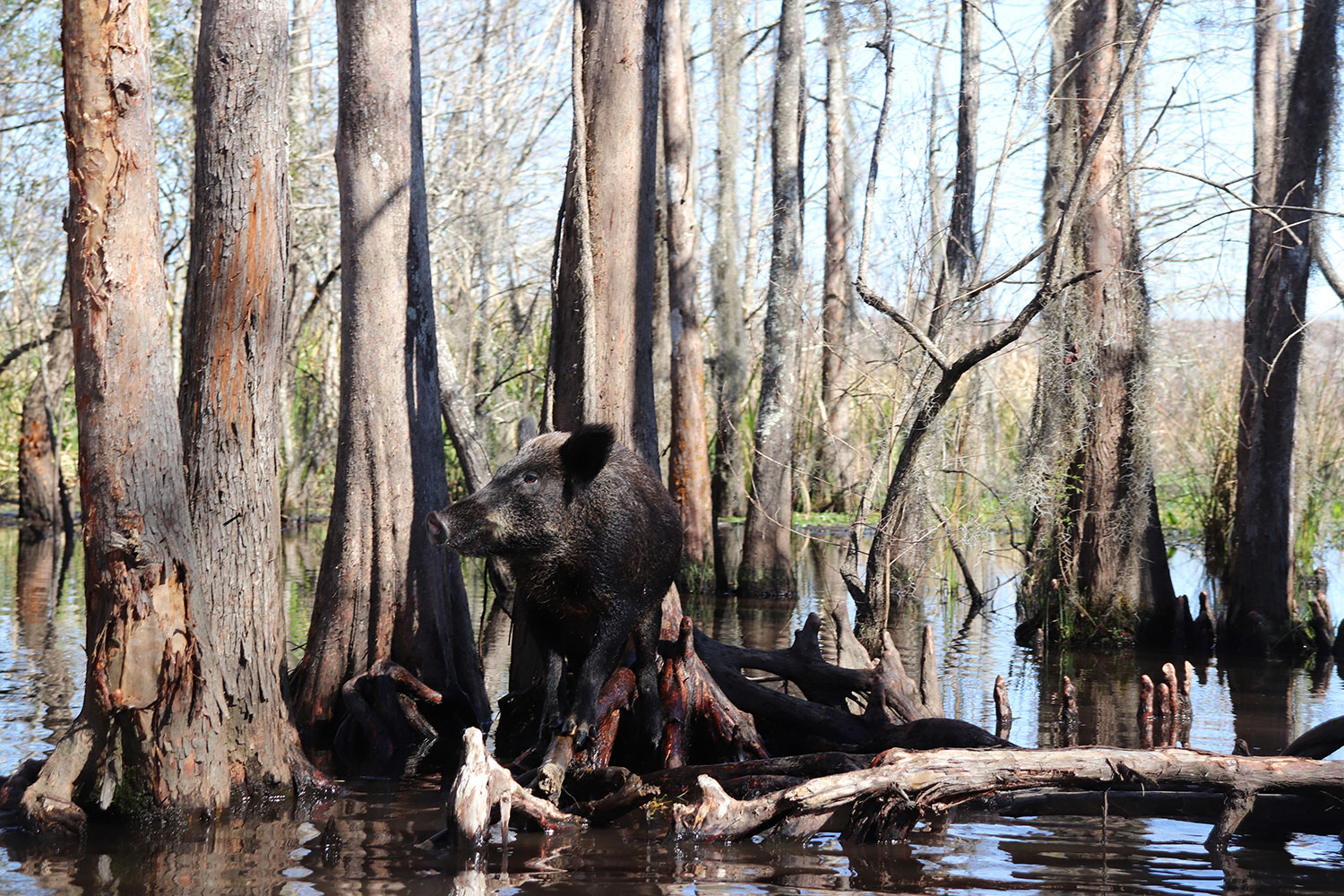 But what I thought was really interesting was to see raccoons also come up to interact with us. I didn’t know they were bayou animals, but they swam, climbed trees, and came over to be a part of the action. We have raccoons here in Maryland but it’s fascinating to see them act differently, i.e., not rummaging through the trash. It was so cute! 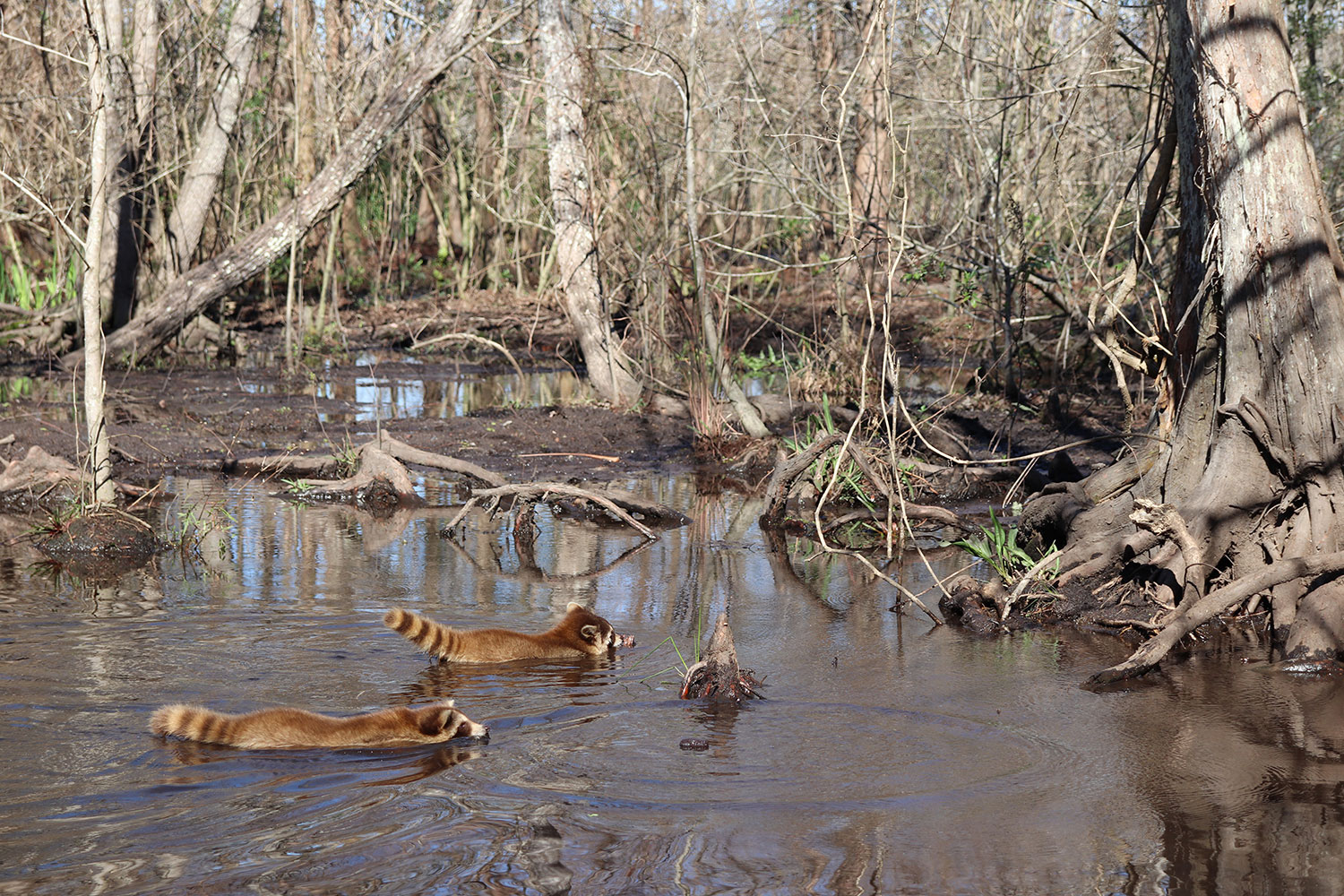 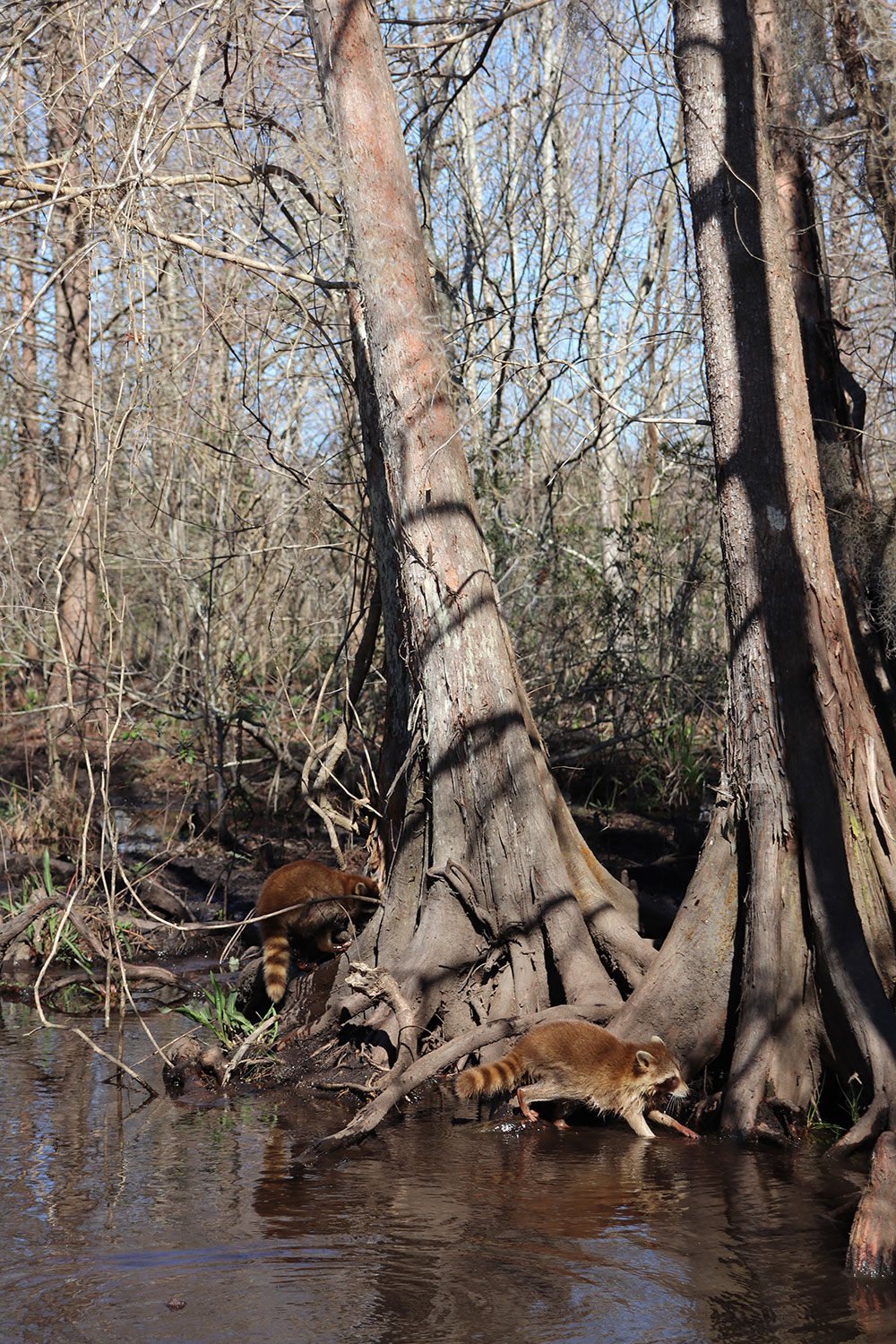 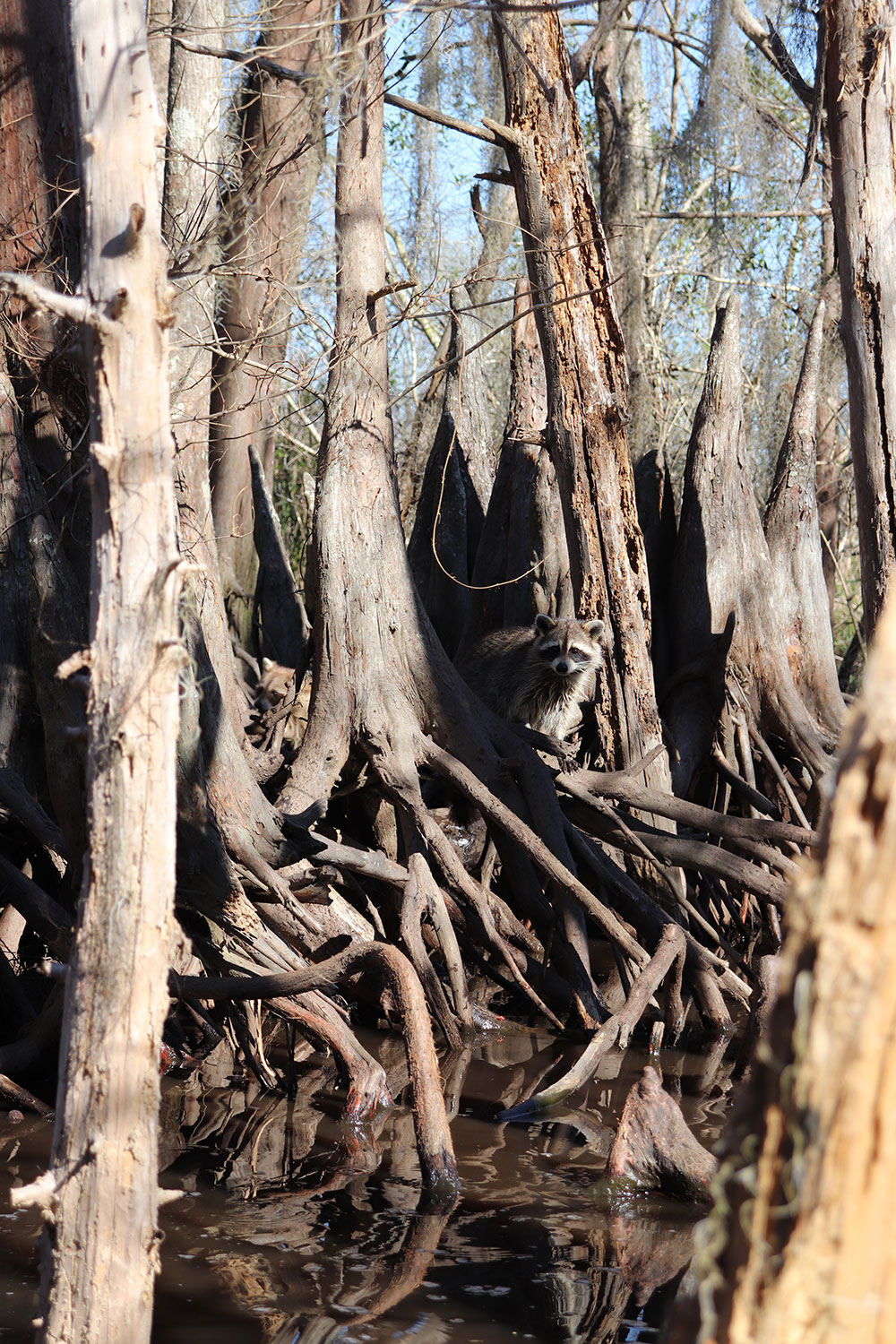 After about two hours, we headed back to the main building. The only negative thing about my tour was here – I didn’t like that they sell alligator heads and claws. And from a company concerned about wildlife, that seems counter-productive to me.

Additionally the animals here are not protected by law, so many people do hunt here and yes, the animals do get killed on this land. I thought it was very weird that so much wildlife is protected in different areas but not here for some reason. I assume that during hunting season, the tours work around the hunters? But that’s something important you might want to know before deciding whether or not to visit. However I had a great time. I got to learn about gators and how their lizard bodies work, see some animals I’d never even heard of before, and experience the joy of animal-human interaction. It’s a simple and relaxed way to spend your day but I thought it was unique and made some great memories (and friends) there on the bayou. 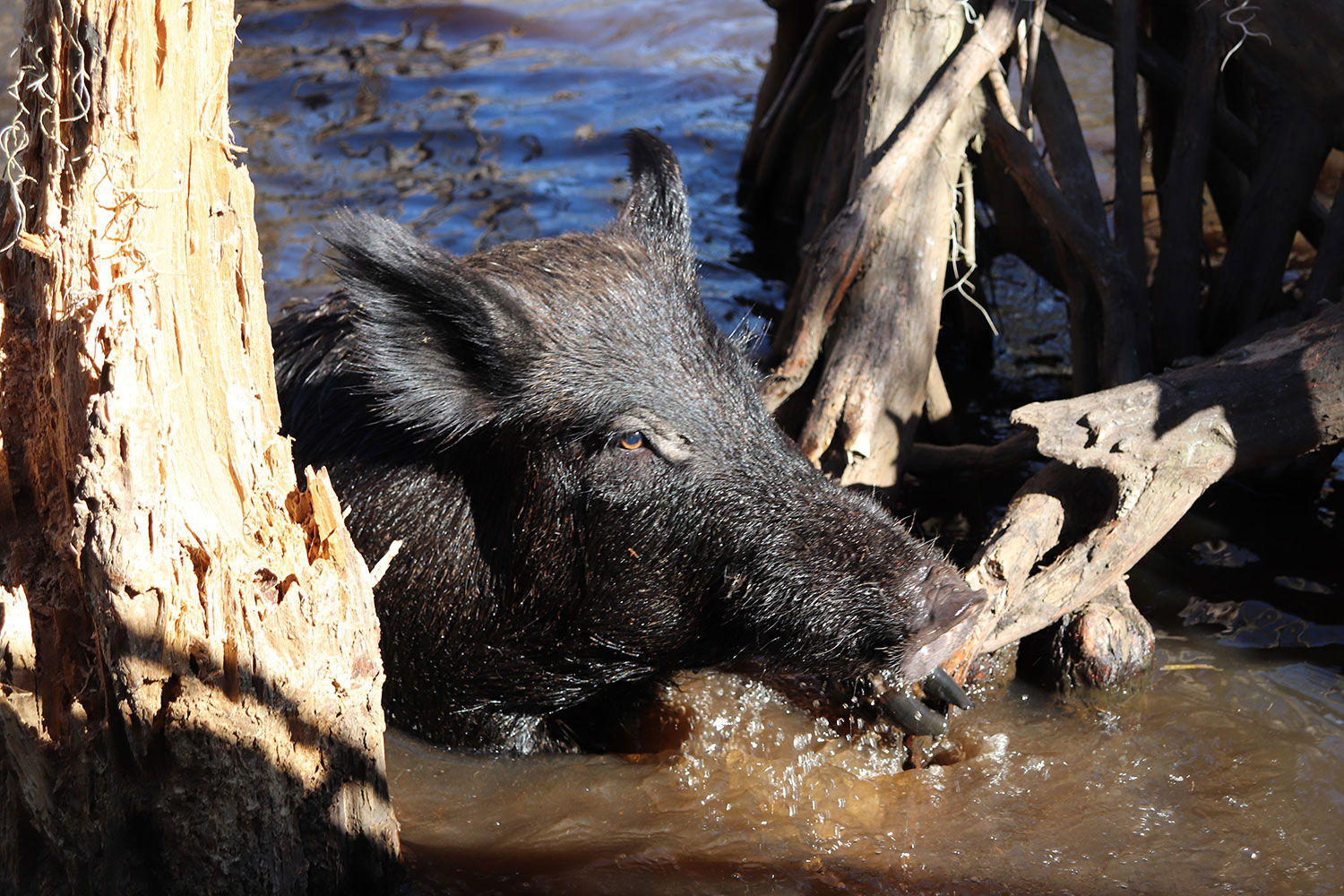 Have you ever been on a swamp tour? What did you think? 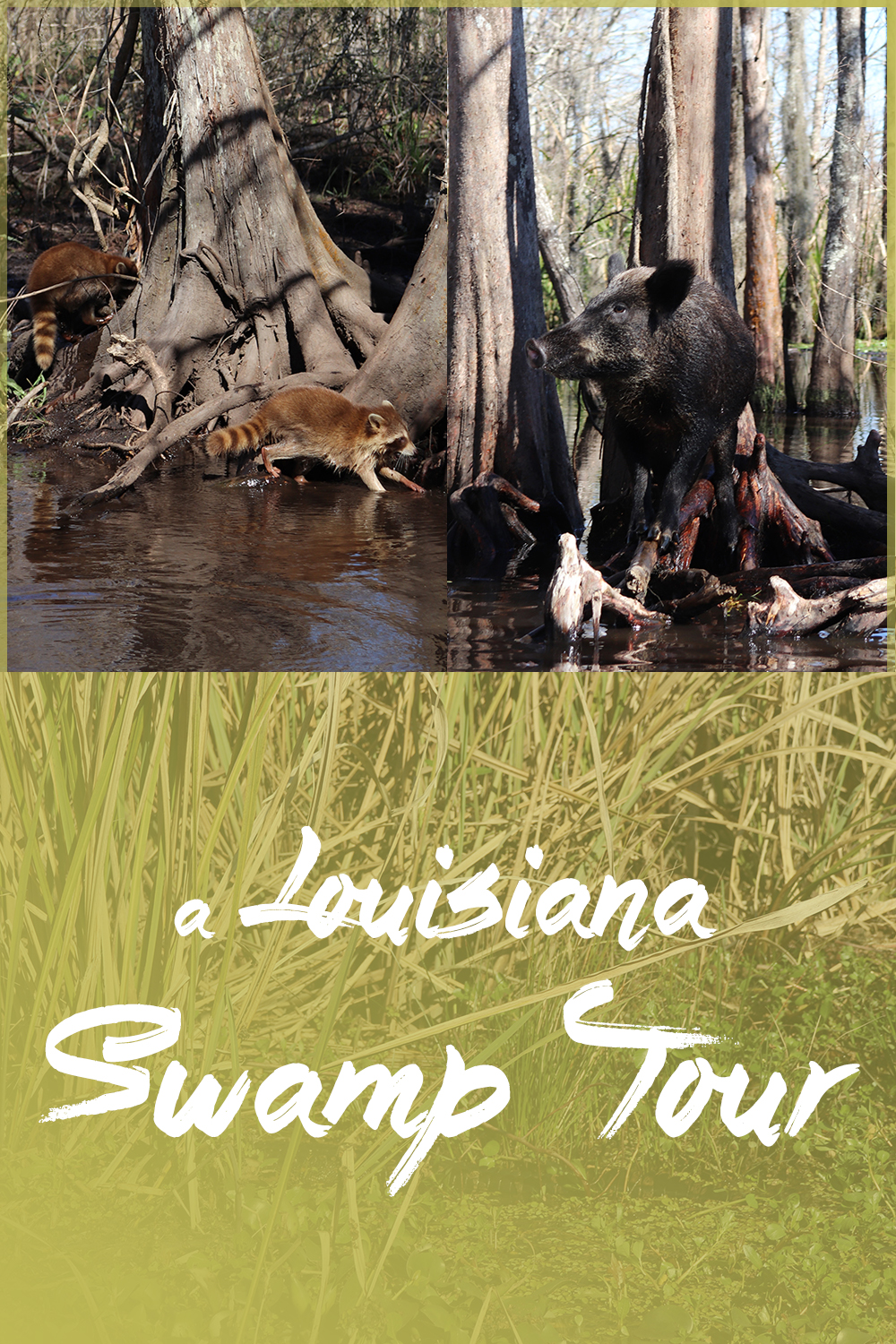