Popularised as a home of Jane Austen, Bath is one of England’s most popular cities to explore. Having been a Jane Austen fan, I’d wanted to visit Bath for so long – and it completely blew me away. There’s a lot to see in this charming city, so without further adieu, here’s a look at Bath, England (without a focus on Jane Austen). 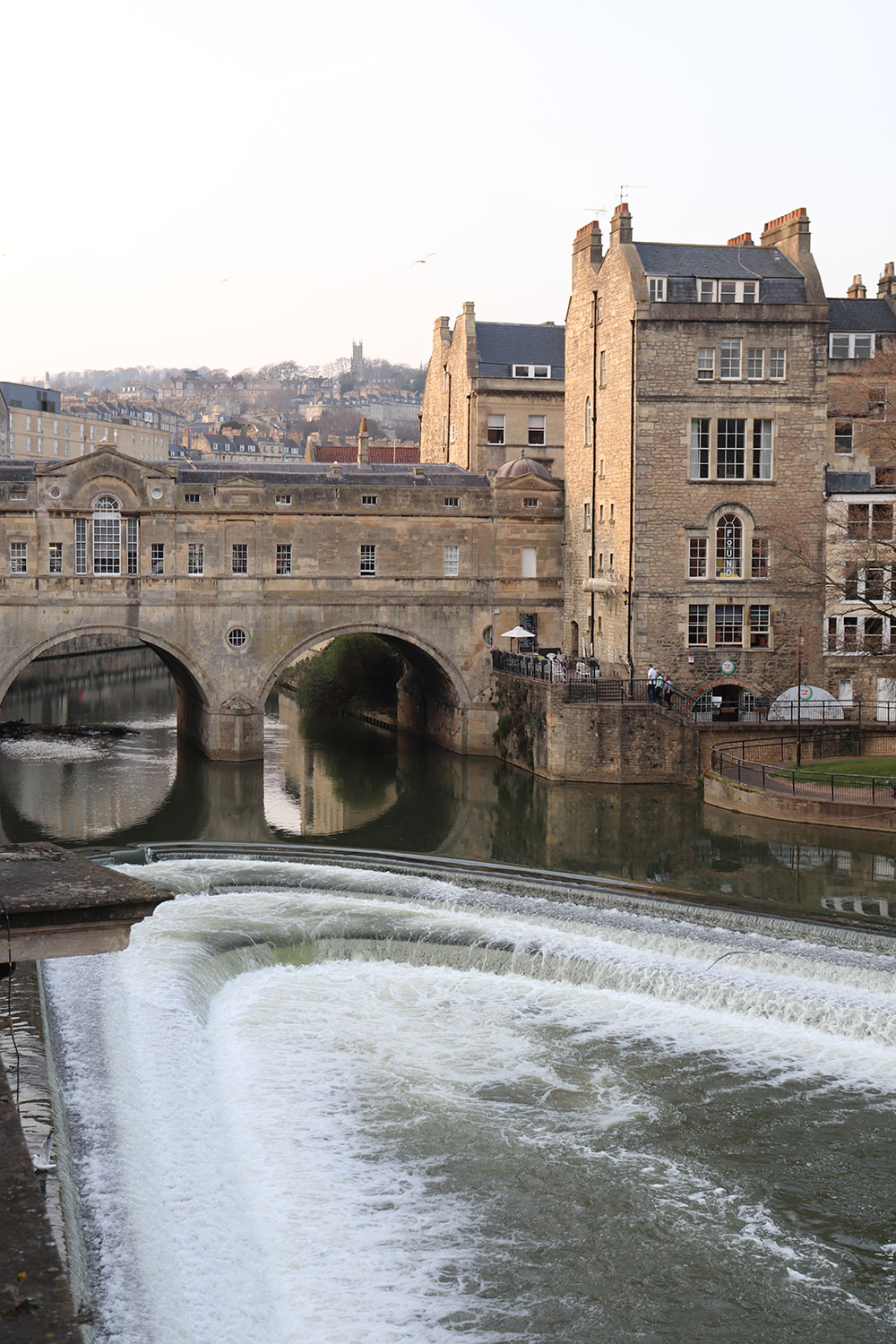 Also be sure to see my other post on essential Jane Austen sites to see in Bath.

The History of Bath

Bath has been inhabited for a long, long time. Most notably, it was a Roman town in the 1st-4th century AD. This is when, of course, the famous Roman Baths were built. These baths would be used continuously for centuries and helped the city survive. So the town is aptly named Bath. Its modern name origin dates to medieval times but its Roman name, Aquae Sulis, was not very different.

Bath fell into disrepair in the late medieval period but the baths still attracted many people, including royalty, to the city. It saw a revival in the 17th-18th centuries, when much of the architecture that defines Bath today was built – Polteney Bridge, the Crescent, and the Circus for example. John Wood the Elder, an architect, is responsible for the city’s redesign. The style is Georgian in limestone native to the area. Though it kept only remnants of its Roman and medieval heritage, it made Bath a very cohesive city while still being extremely beautiful. Jane Austen lived in the city for a few years, so many people flock to see the famous author’s dwellings. However, it is so beautiful and worth a visit in its own right.

The city today is a UNESCO World Heritage Site.

Things to Do in Bath 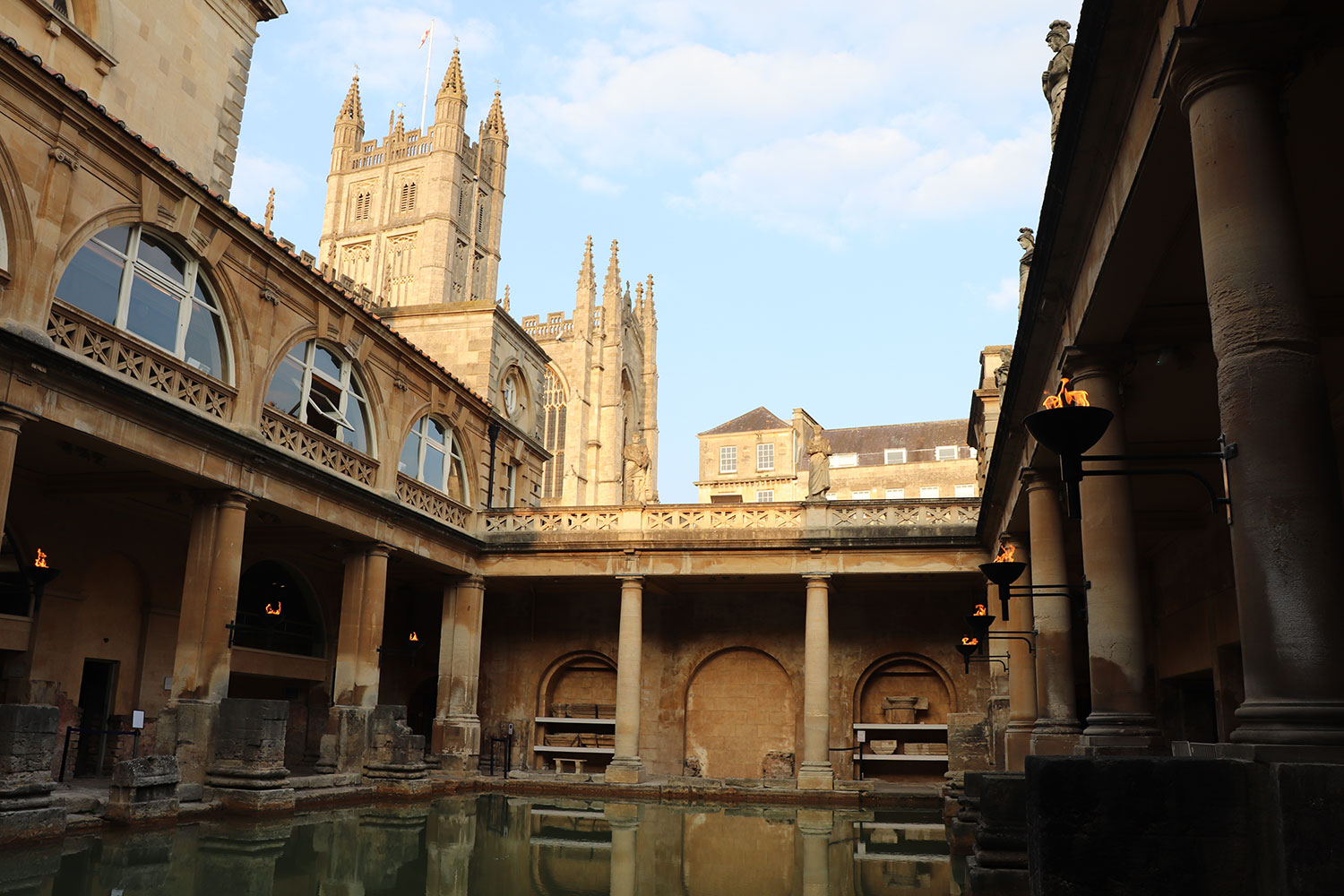 A must-see is the Roman baths which have defined Bath for millennia. Though the visit has a hefty entrance fee, there’s a lot included to see. Not only do you get access to the main bath area for viewing, but you get access to see the other baths and a plethora of Roman artefacts found in the area – including tablets people used to “curse” others. It’s an excellent destination for history lovers. I did not have time but something cool to do would be to visit a usable spa such as the Thermae Bath Spa. 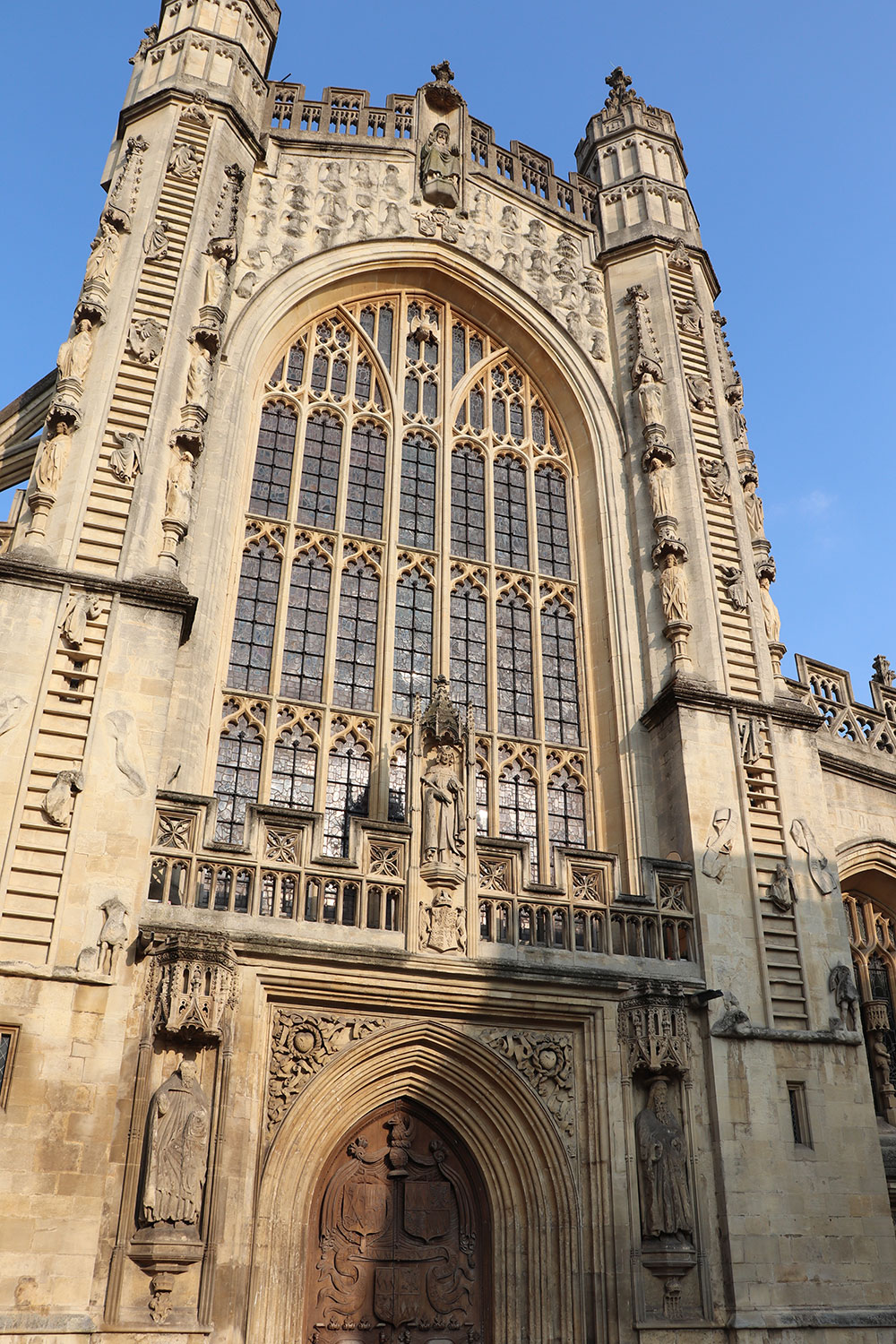 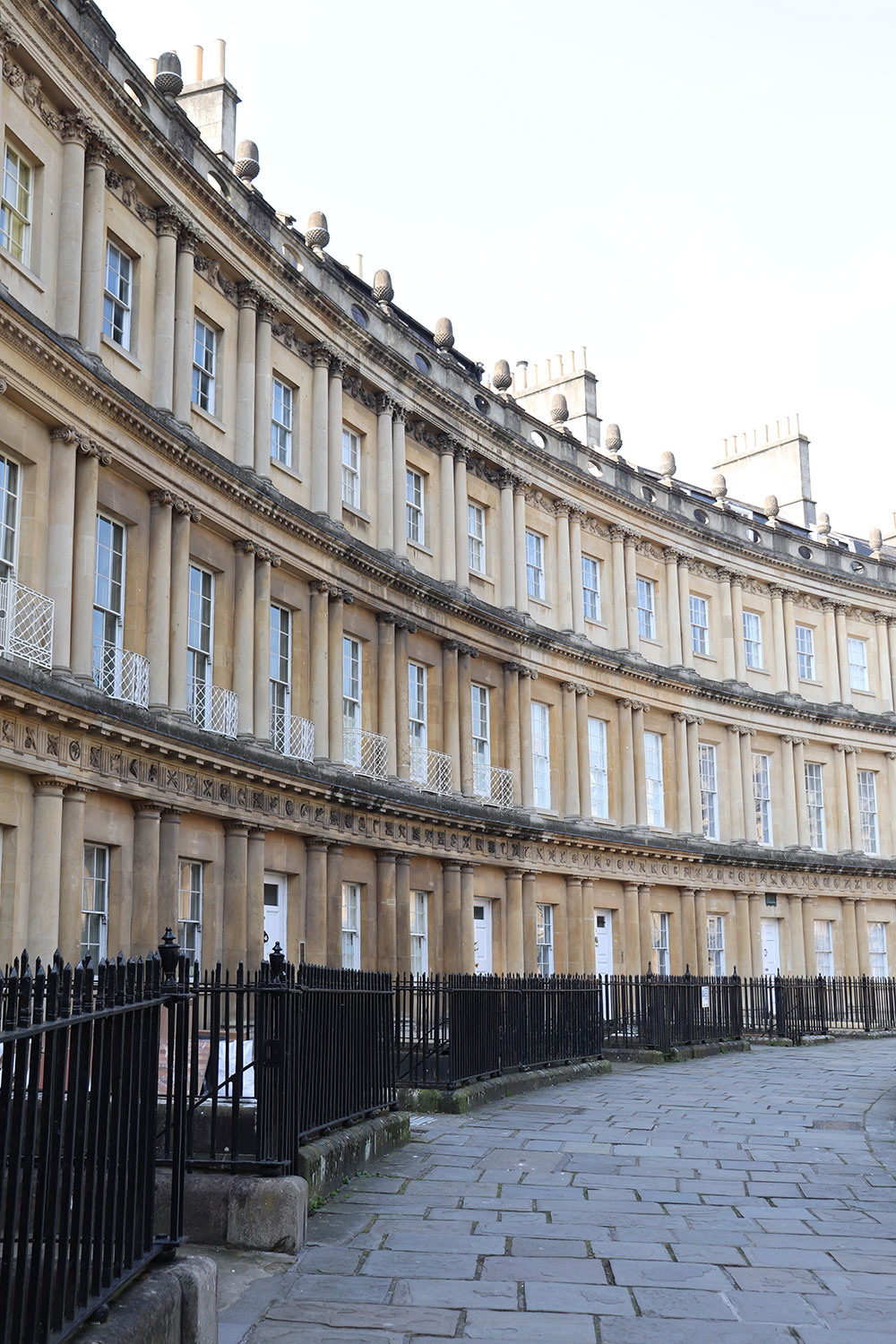 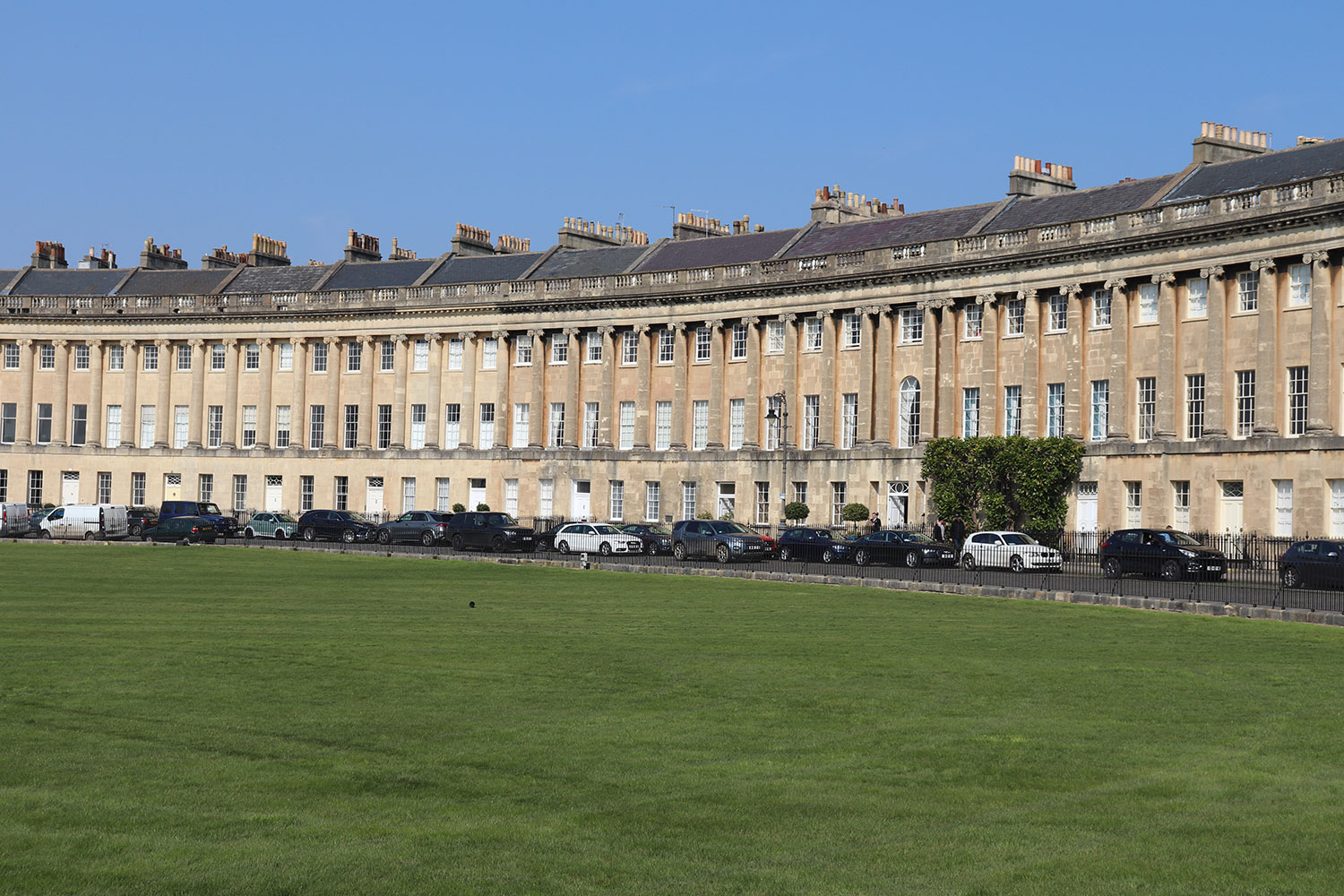 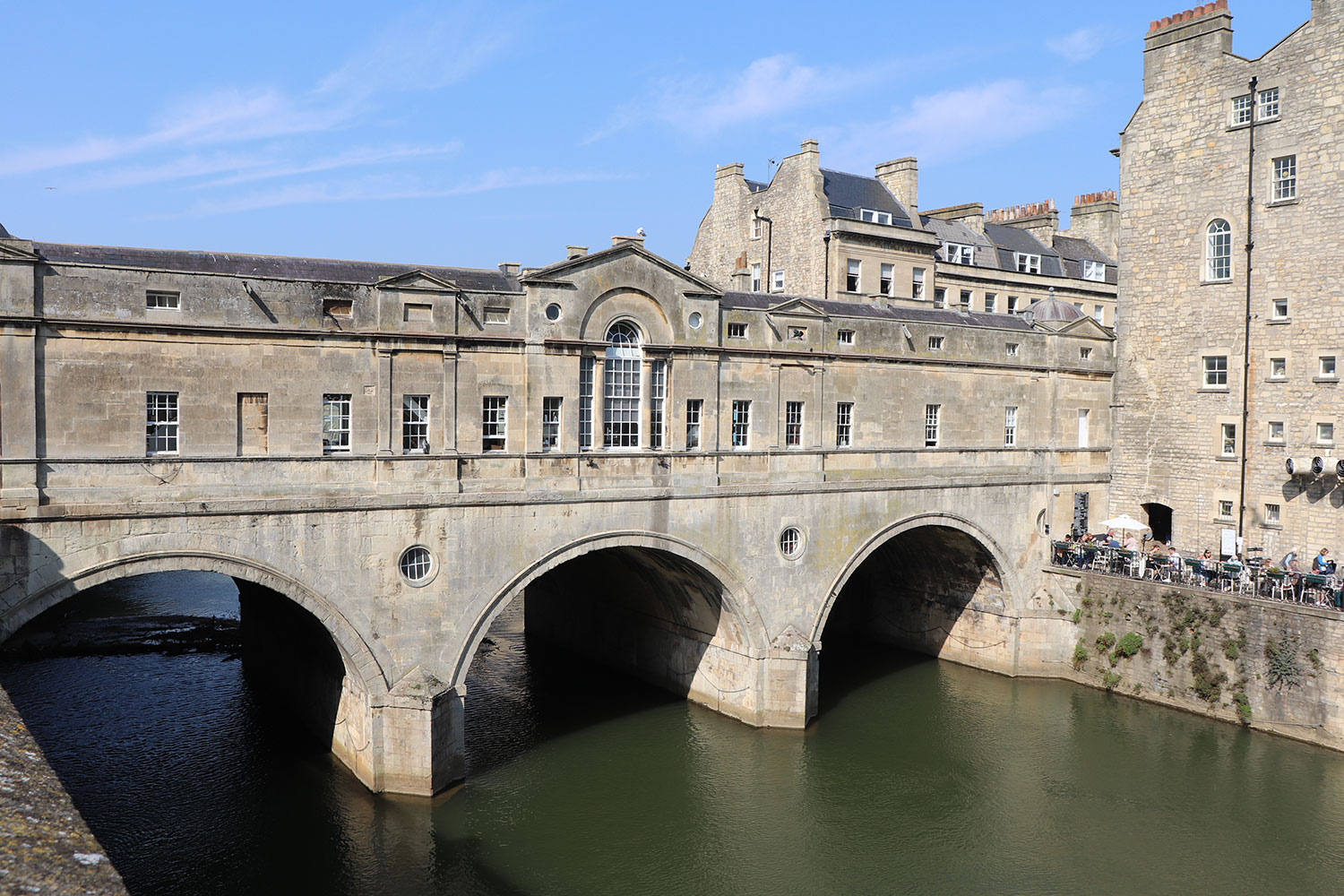 A proper trip to Bath involves a nice walk around the city to see all its beautiful buildings and views. You can visit the Tudor-era Bath Abbey (which is right next to the Roman baths), a site that has been significant to the city for almost 1500 years. There’s also the the remarkable Pulteney Bridge, built in the 18th century, that recalls shop-bridges of time past. Though unlike other bridges like Ponte Vecchio, Pulteney is not nearly as touristy. Be sure to make your way up to the Queen’s Square, the Circus, and of course the Royal Crescent so iconic of Bath architecture. Here you can visit No. 1 Royal Crescent which is a restored Georgian home. 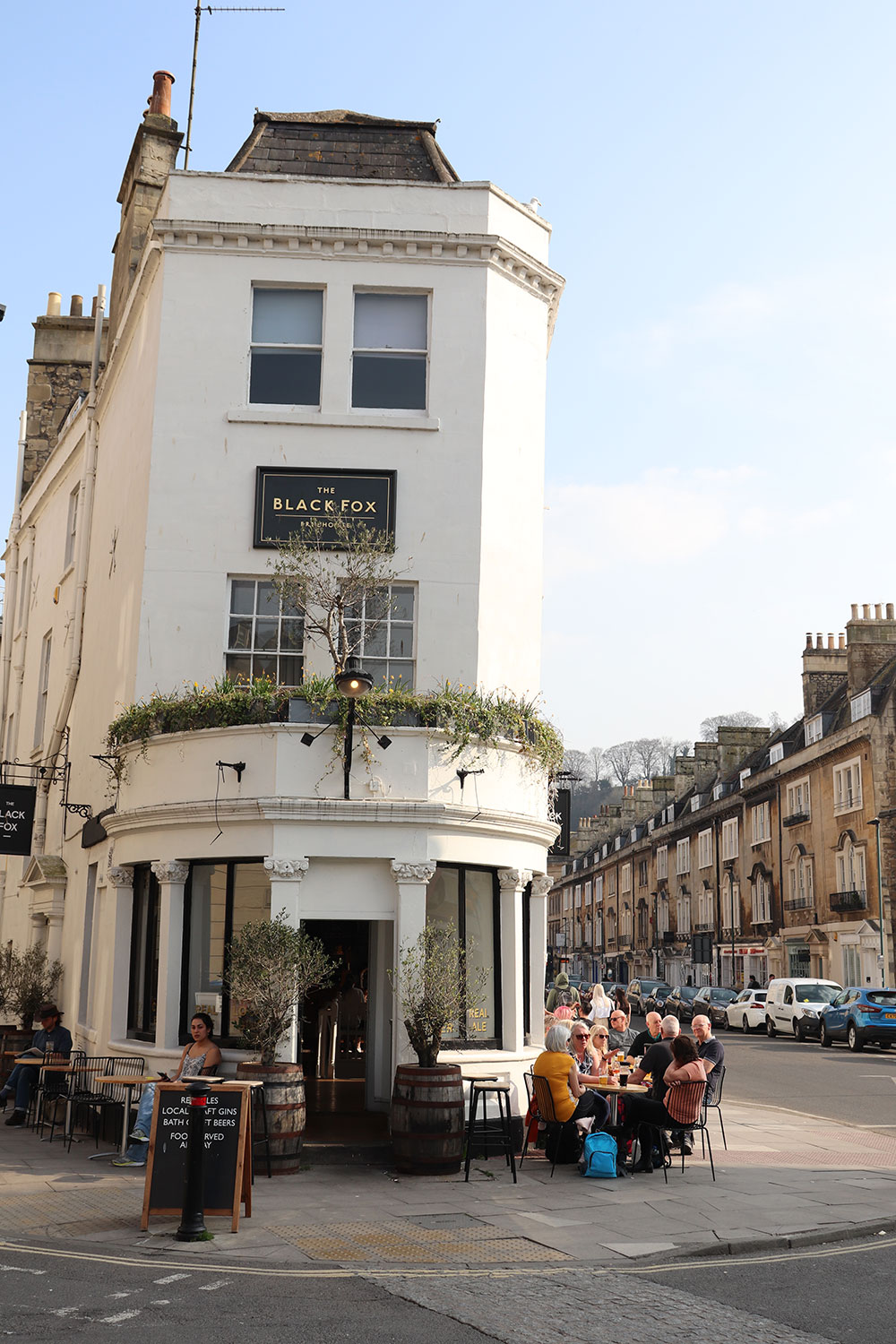 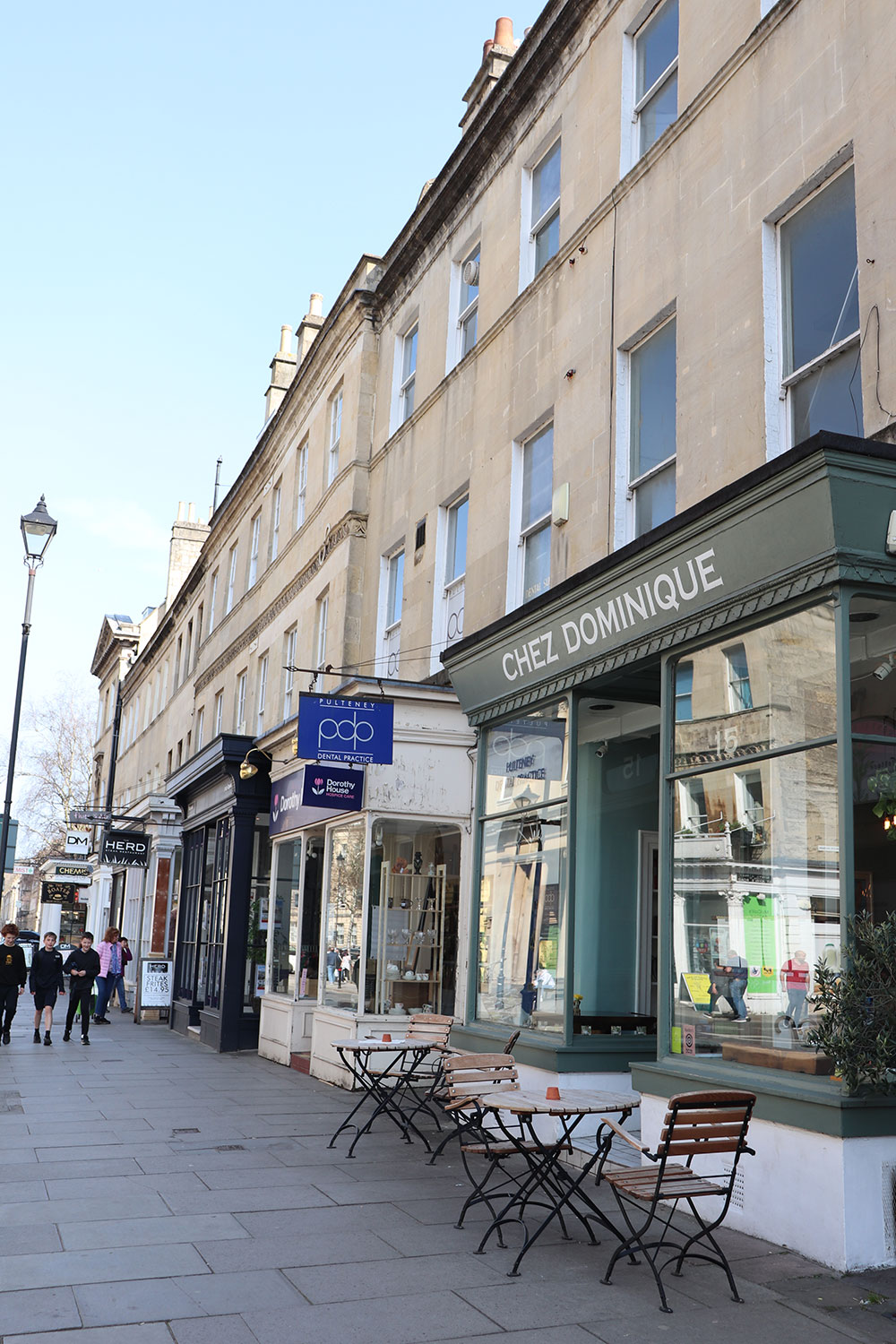 Bath is a walkable city, considering you don’t mind hills, but it’s also very sprawling and expansive. When you see some of Bath’s more iconic areas, be sure to take some streets down and admire the rest the city has to offer. What surprised me most about Bath is how extensive the city is, rather than being merely a few blocks of Georgian architecture. It truly is amazing!

There’s also quite a few outdoor spaces, too, some of which include Parade Gardens and Sydney Gardens. 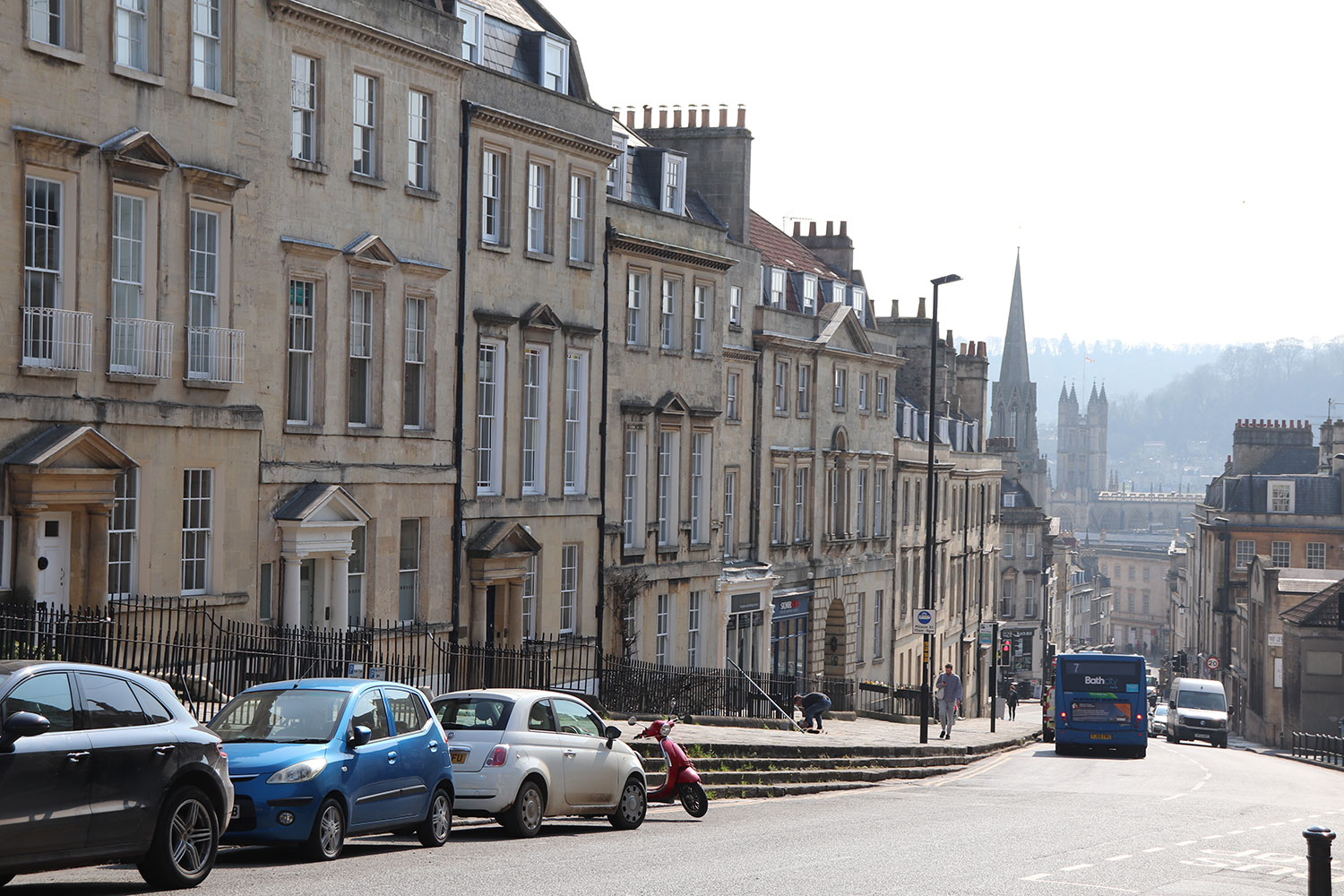 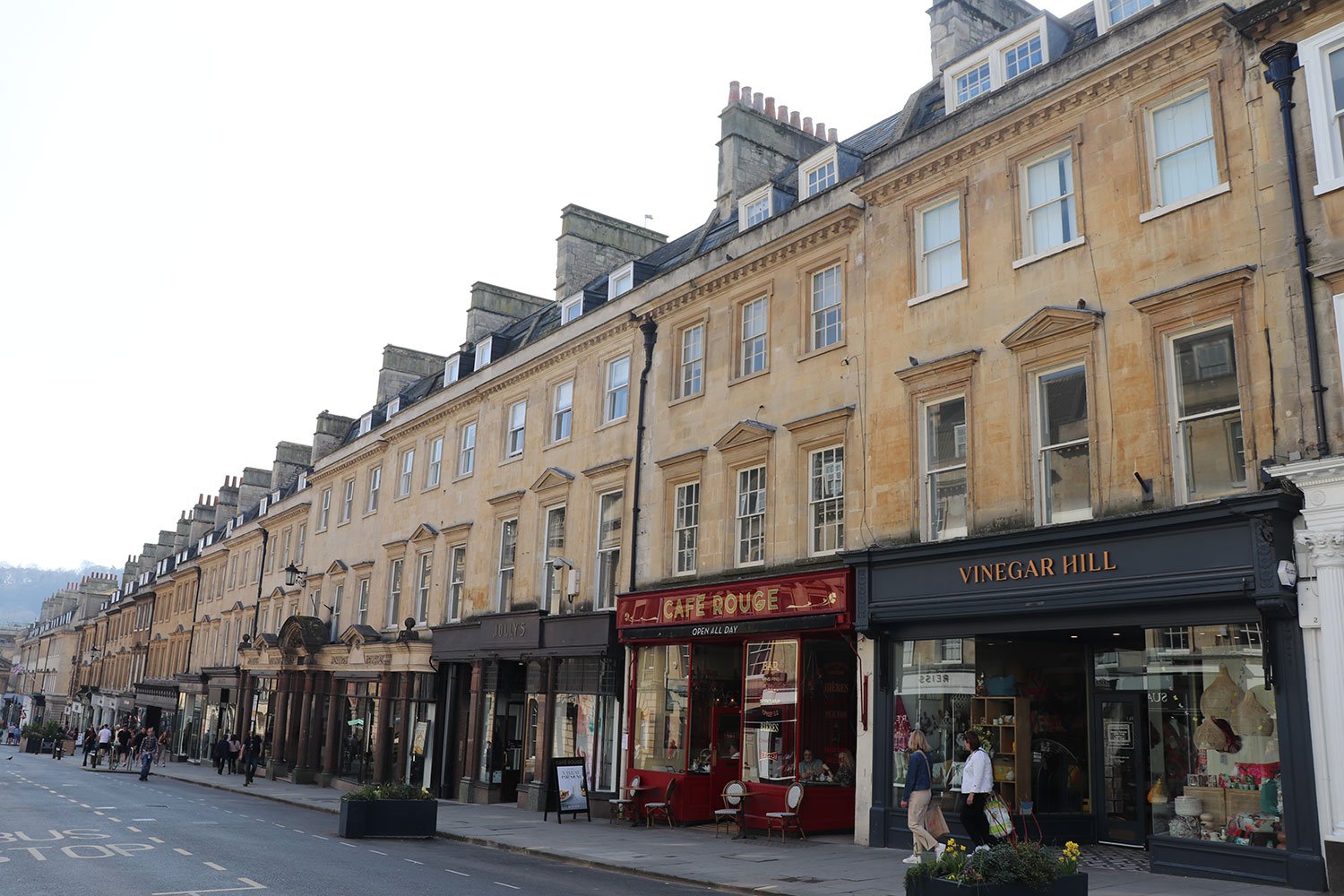 Bath boasts over 40 museums but I’ve selected the ones I visited and heard the most about. There is, of course, the Jane Austen Center, which I honestly didn’t think was worth the steep admission price. It’s like an information center you have to pay £15 to visit. But they do have a tea room and a shop you can stop in if you’d rather. There are the Assembly Rooms, which are free but not super exciting. These are ball rooms that were used in the Georgian era. However the same building also has an incredible Fashion Museum which has a range of clothes dating back centuries. They have a very notable collection including fashion worn by Elizabeth Taylor, Meghan Markle, and more. I think this was my favourite museum I saw in Bath. I love looking at fashion since it’s one of the most fleeting art forms, and you can visualise how big or small a person was. 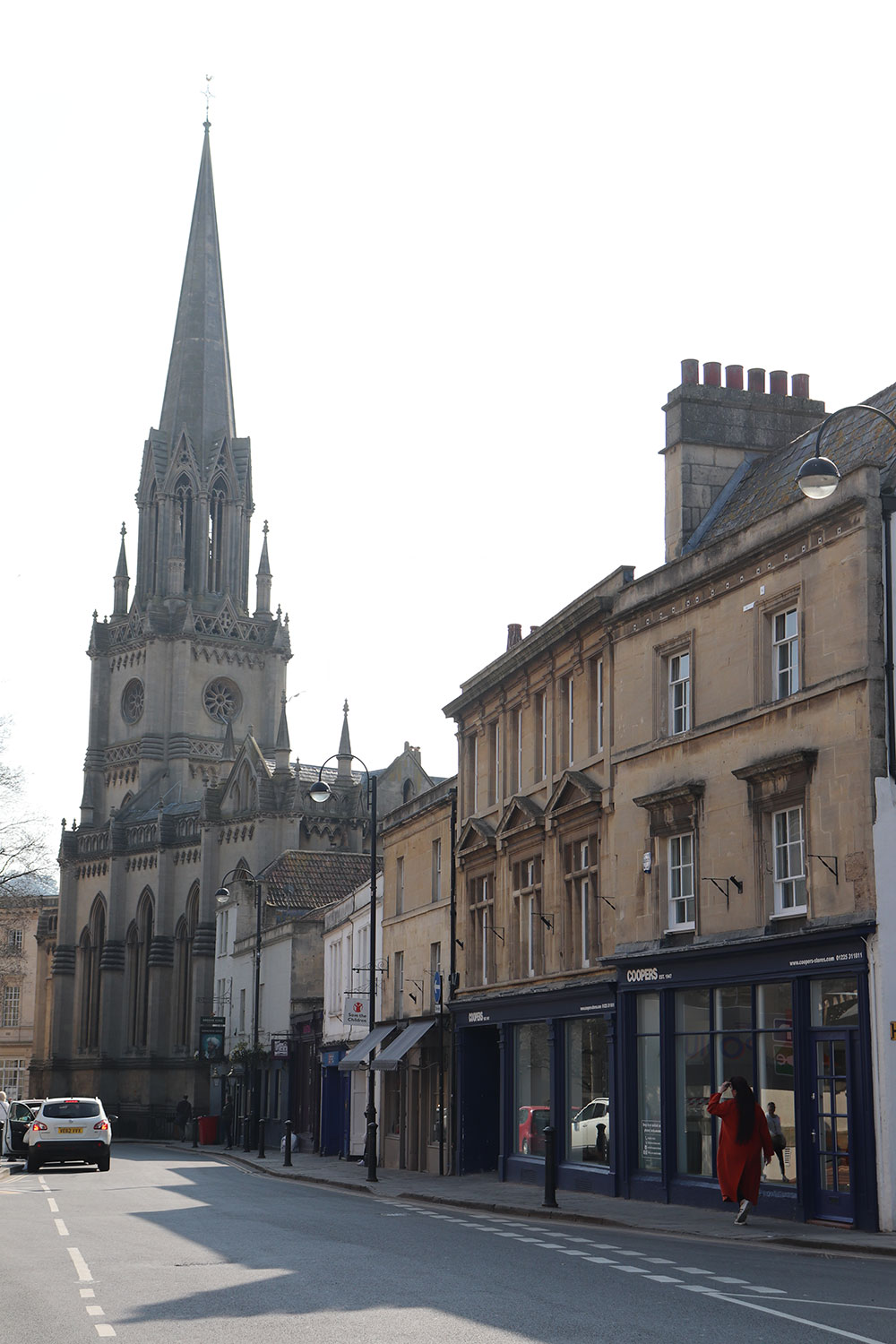 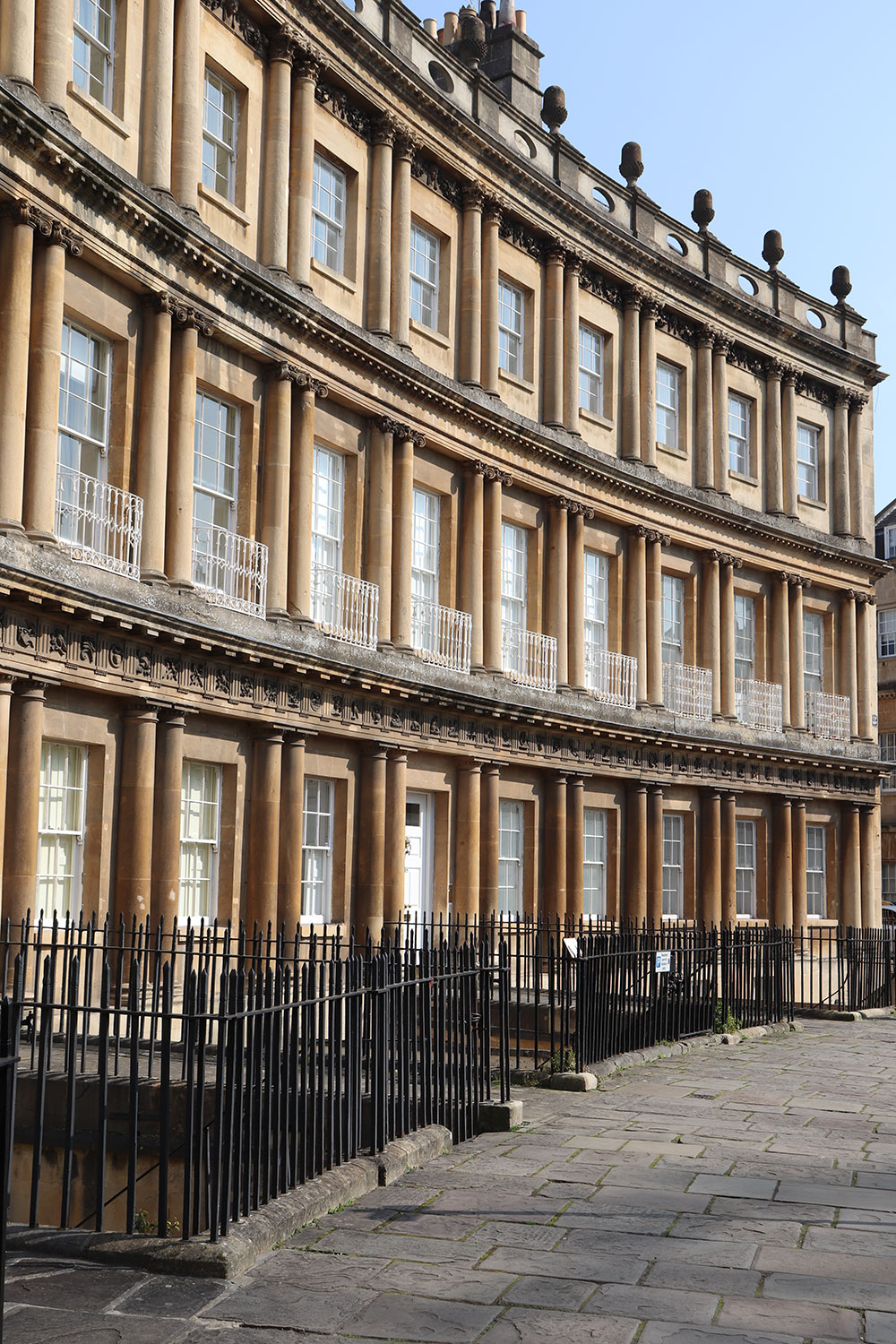 There are also a few art galleries to visit. One is near Sydney Gardens called the Holborne Museum. The collection is impressive but small, so it’s up to you whether that’s worth the admission price. The other is the Victoria Art Gallery, warmly called the VAG, which is much smaller than the Holborne but free. I’d say both are skippable but options if you have more time in Bath. 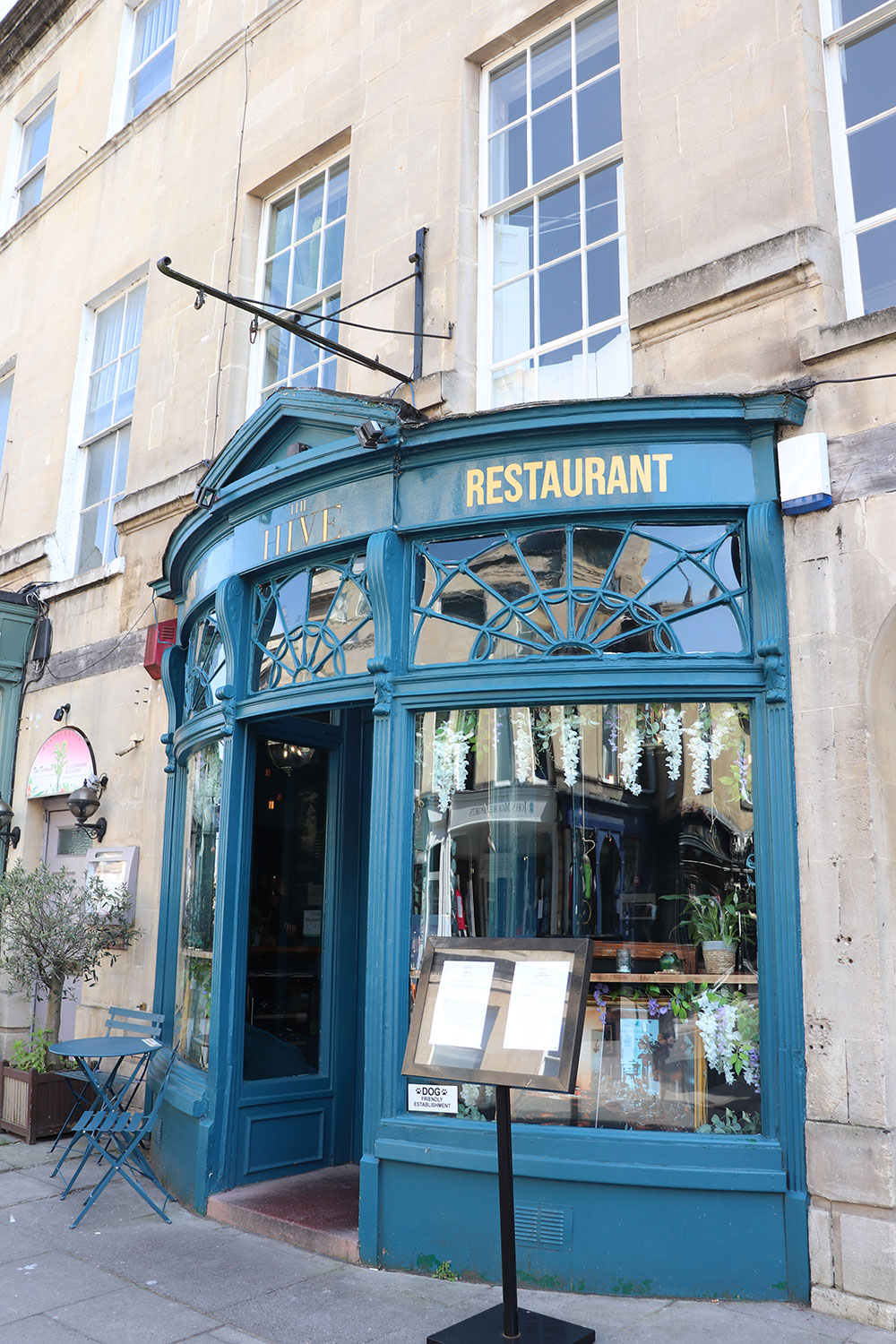 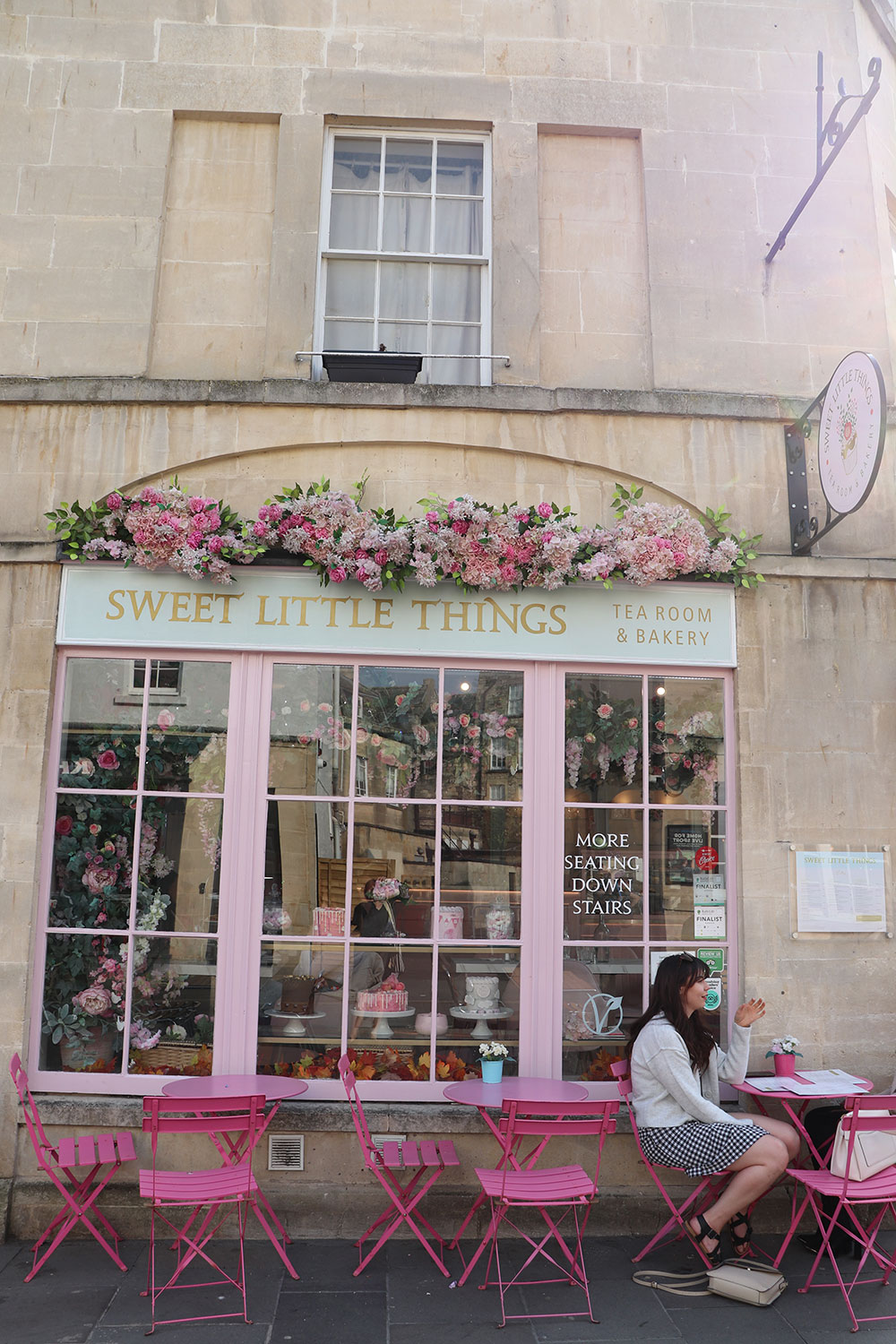 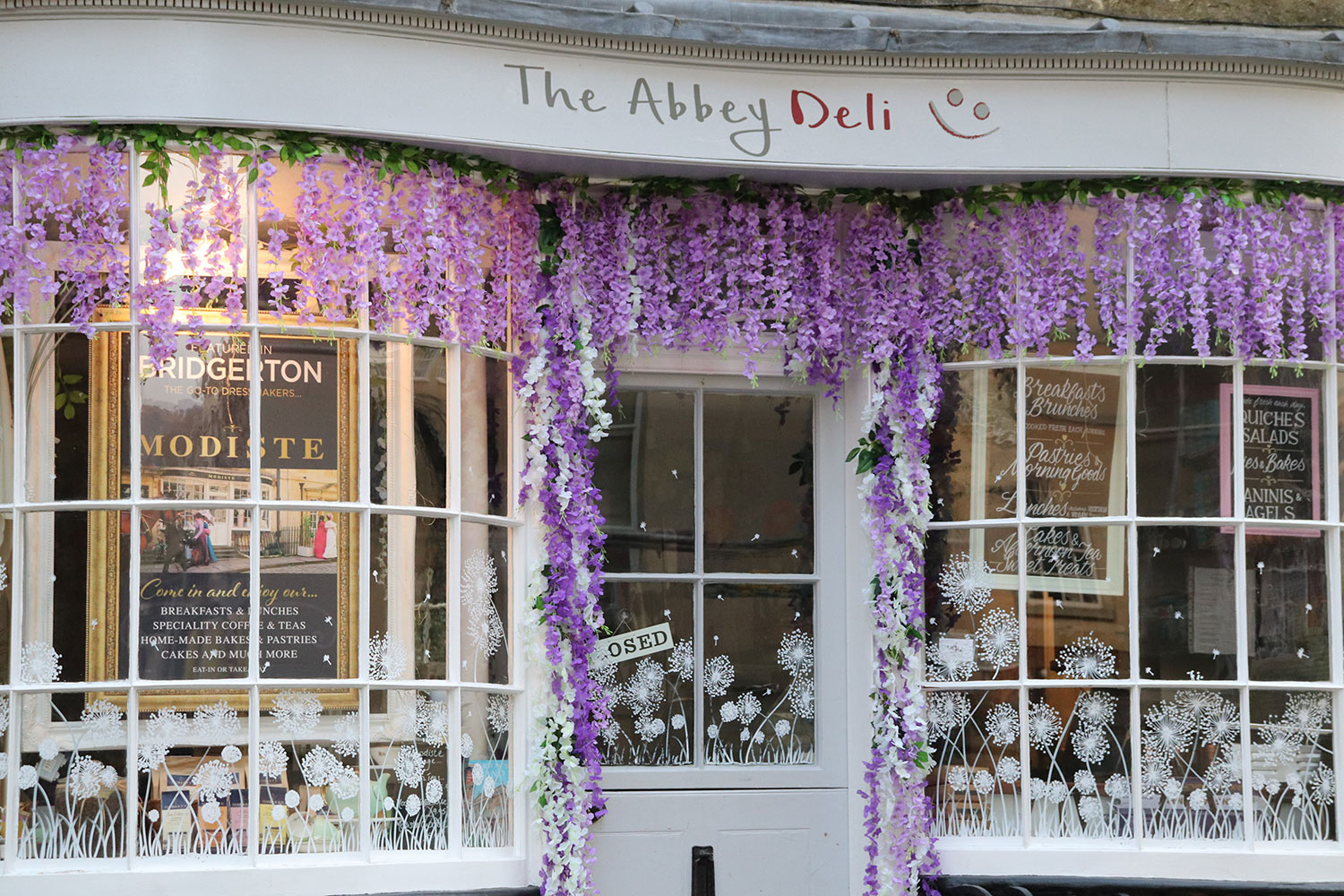 To eat and have a cup of tea, some cool places to visit are Sally Lunn’s (one of the oldest houses in Bath) and the Pump Room Restaurant. The latter was not only known by Jane Austen but it’s where you can taste the hot spa waters. Unfortunately it was closed when I was there but I’d love to go back and at least have an afternoon tea. The prices are very reasonable. 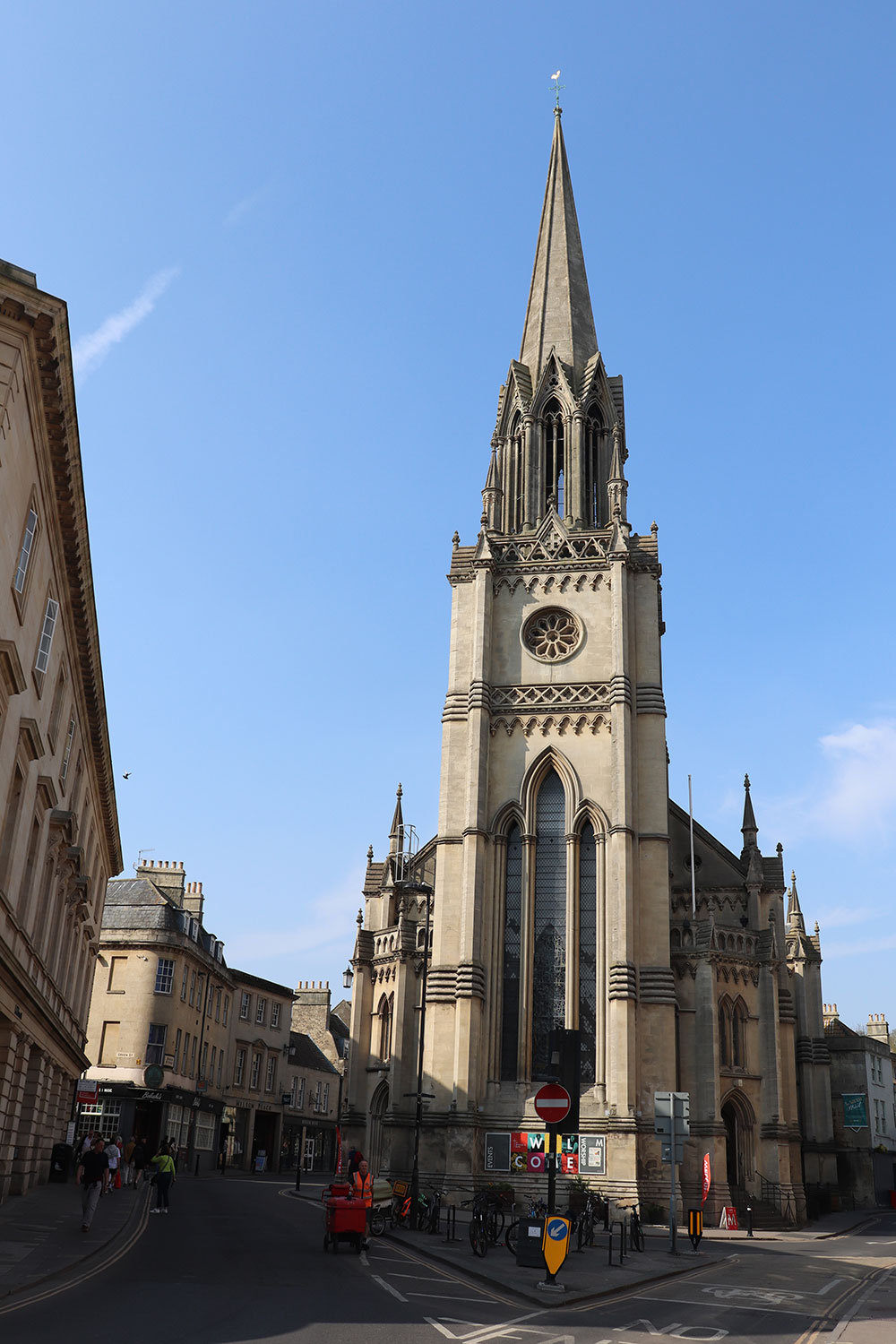 Some things I didn’t get to do include the American Museum and the Museum of Bath Architecture. I think it would be very cool to see an “American museum” from a foreign perspective, and I believe Bath has the only American Museum outside the U.S. Which is a bit surprising. And of course, I’m a big architecture fan, but in reality, Bath is pretty much an open-air museum of architecture. 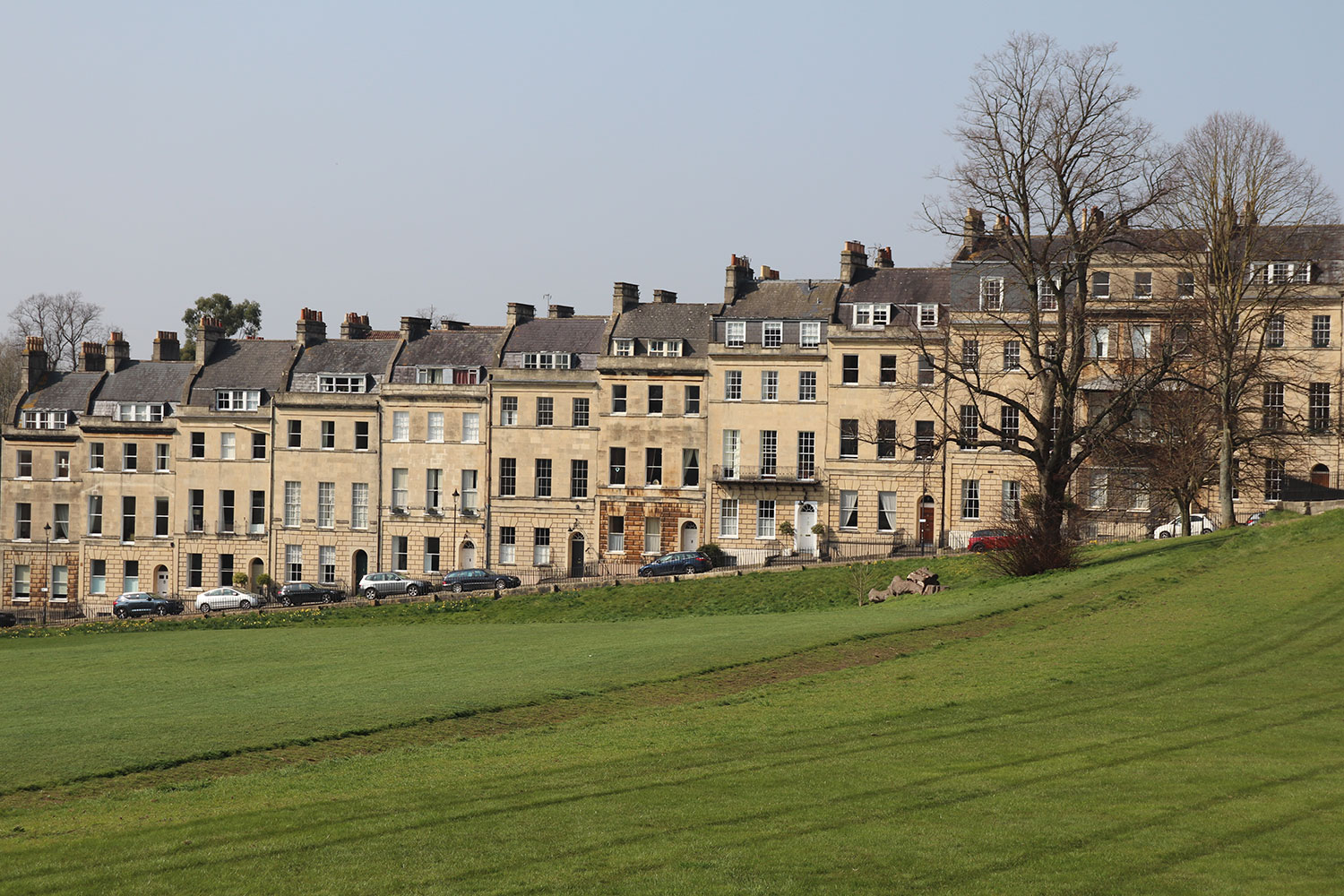 If I didn’t say so enough, Bath is an incredibly beautiful city. Even if you’re not a Jane Austen fan, I cannot recommend a visit enough. One day is enough to see the city as it’s rather small but to explore and try a few of the city’s many cafes, you will need at least two days. It’s also close to the Cotswolds and other eastern English cities so it would make a great base to explore the area.

Bath should definitely be on your bucket list if it isn’t already because it’s one of the world’s most stunning places.