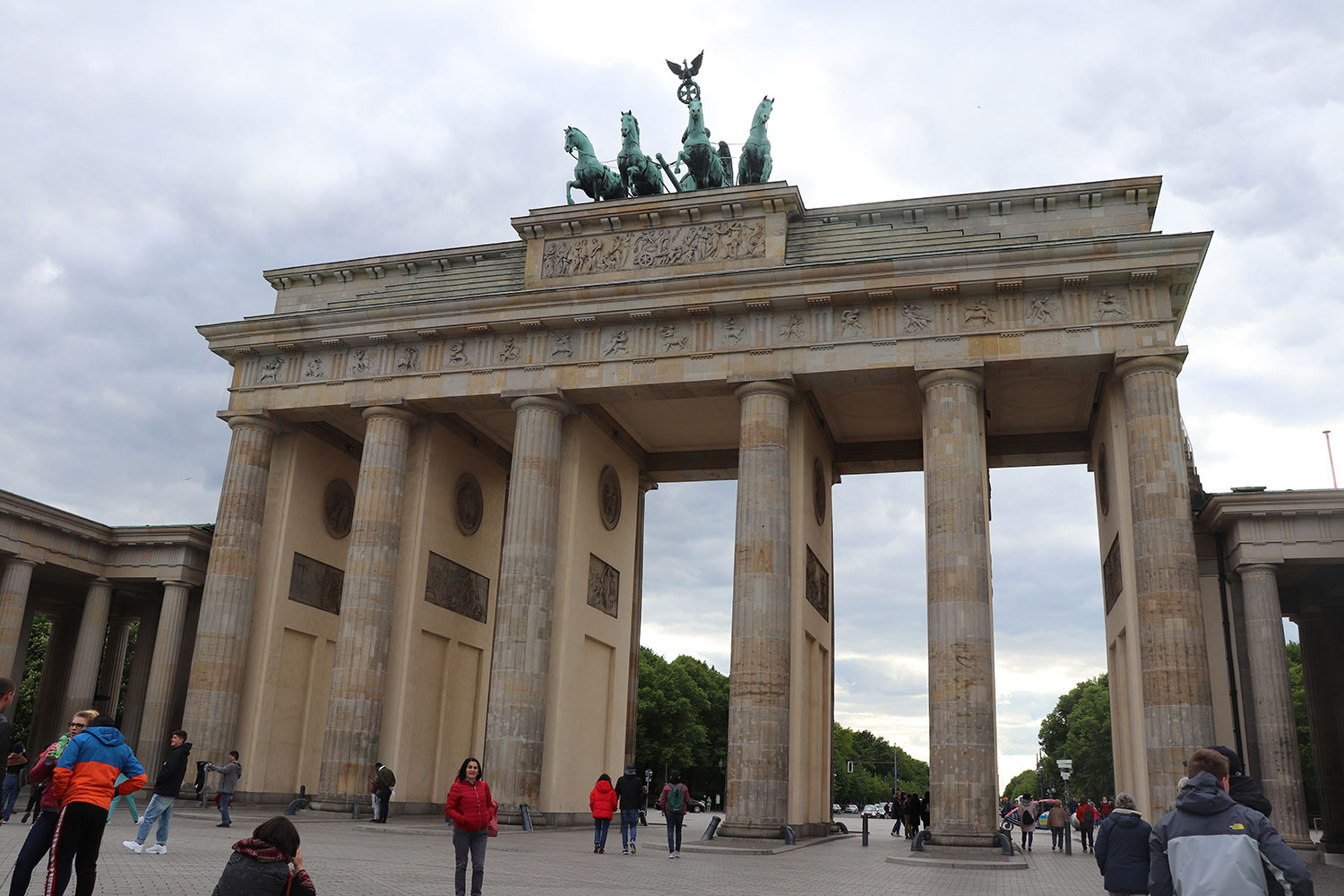 Before you go, I recommend looking into the Berlin Welcome Card and the Museum Pass Berlin. And read the fine print. You can save a lot of money by using these cards, though they have a combination of “get free entry here/get a discount here,” so you’ll need to do a bit of math to figure out which is the best. Also note that Museum Island museums are generally separate passes.

A little bit of history: Berlin has no shortage of history. Museums I visited count the beginning of modern Berlin around the 16th century though it does date to a few centuries earlier. It was then referred to as Berlin-Cölln as the city had strong ties with the nearby city Cölln. In the 17th century, it actually grew as a refuge for Jewish people since they could worship their religion in Berlin. Many people of other faiths too fled to Berlin and it became a community of immigrants and many faiths. This stood out to me most considering Germany’s most recent history. Charlottenburg Palace was built in 1695 and Berlin became the royal residence shortly after in 1701. Berlin was established as the Prussian capital in 1709. As the capitol, it served as home to many great architectural and cultural changes throughout the ages.

Obviously things changed during and after World War II. Much of Berlin was bombed and it was infamously split in two, with one half having a much better life than the other. It wasn’t until 1989 that Berlin was reunified. That seems like an eternity ago for people like me, but it is really so recent. Today it’s an incredibly popular tourist destination.

Before visiting, I was under the impression that the centuries of history were buried under the rubble of war. While Berlin today is reborn in a way, it is very much inclusive of all aspects of its past.

One of the first places I had to go was Charlottenburg Palace, which is a Baroque Palace that served as a residence during the Prussian Empire. It was this palace that started royal residency in Berlin. It’s absolutely beautiful inside with interesting gold gilding detail, and has a lovely garden. It was nice to see some of Germany’s Prussian-era architecture, which is so rare to find. I also discovered the lovely Queen Louise of Prussia, who is now one of my favourite historic figures. Isn’t it so nice when you travel and come back with a new interest? The palace wasn’t built for her but she is buried there. 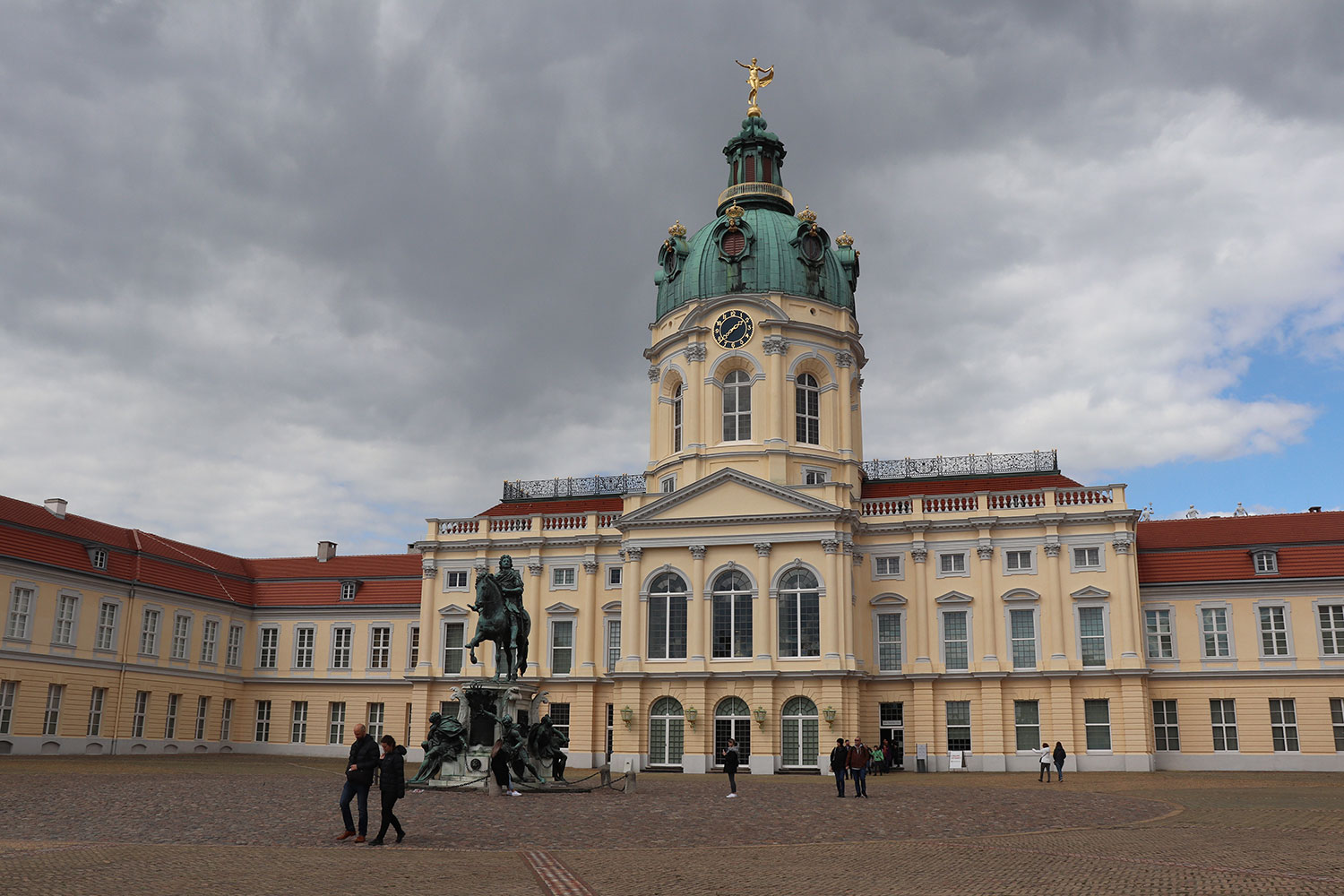 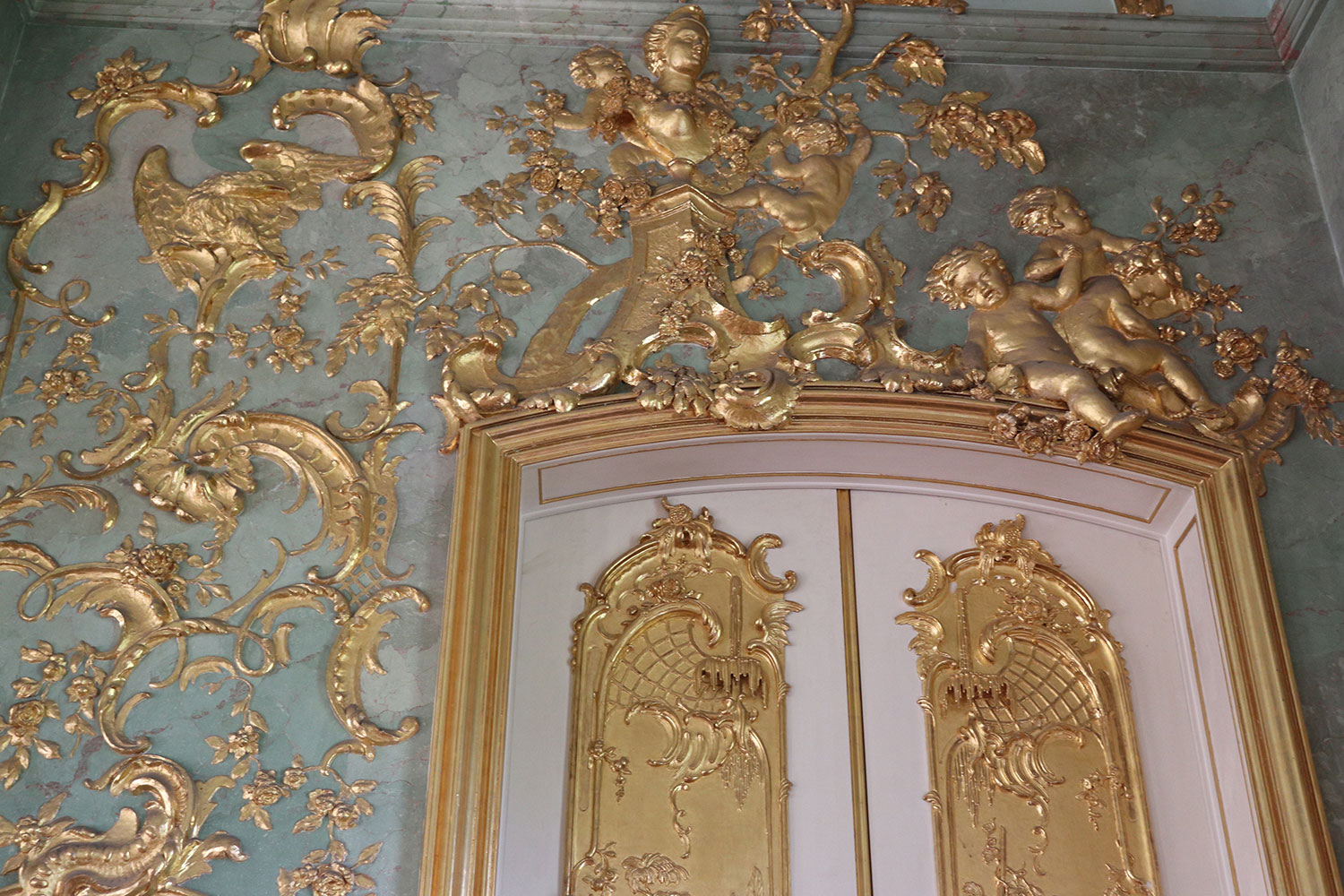 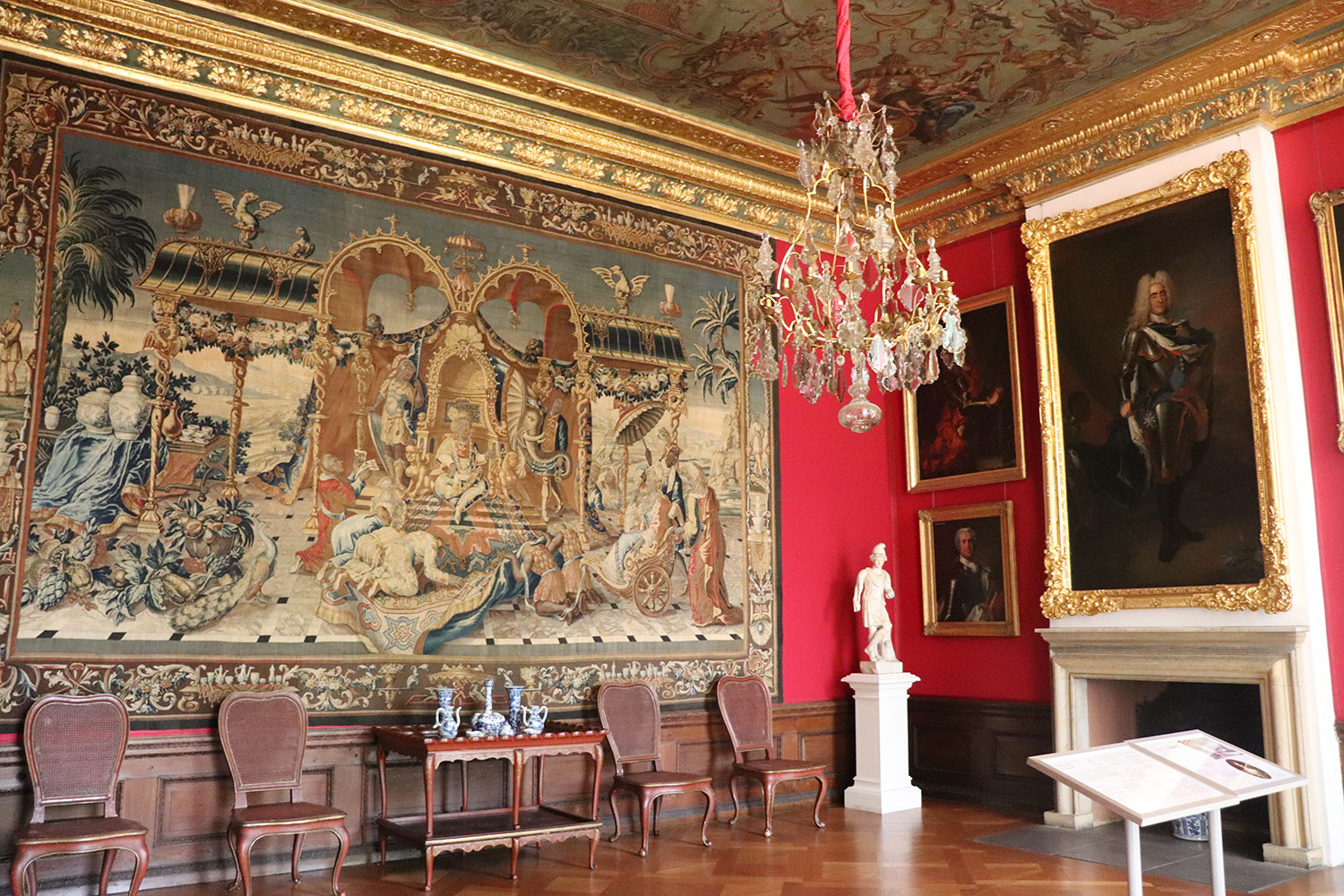 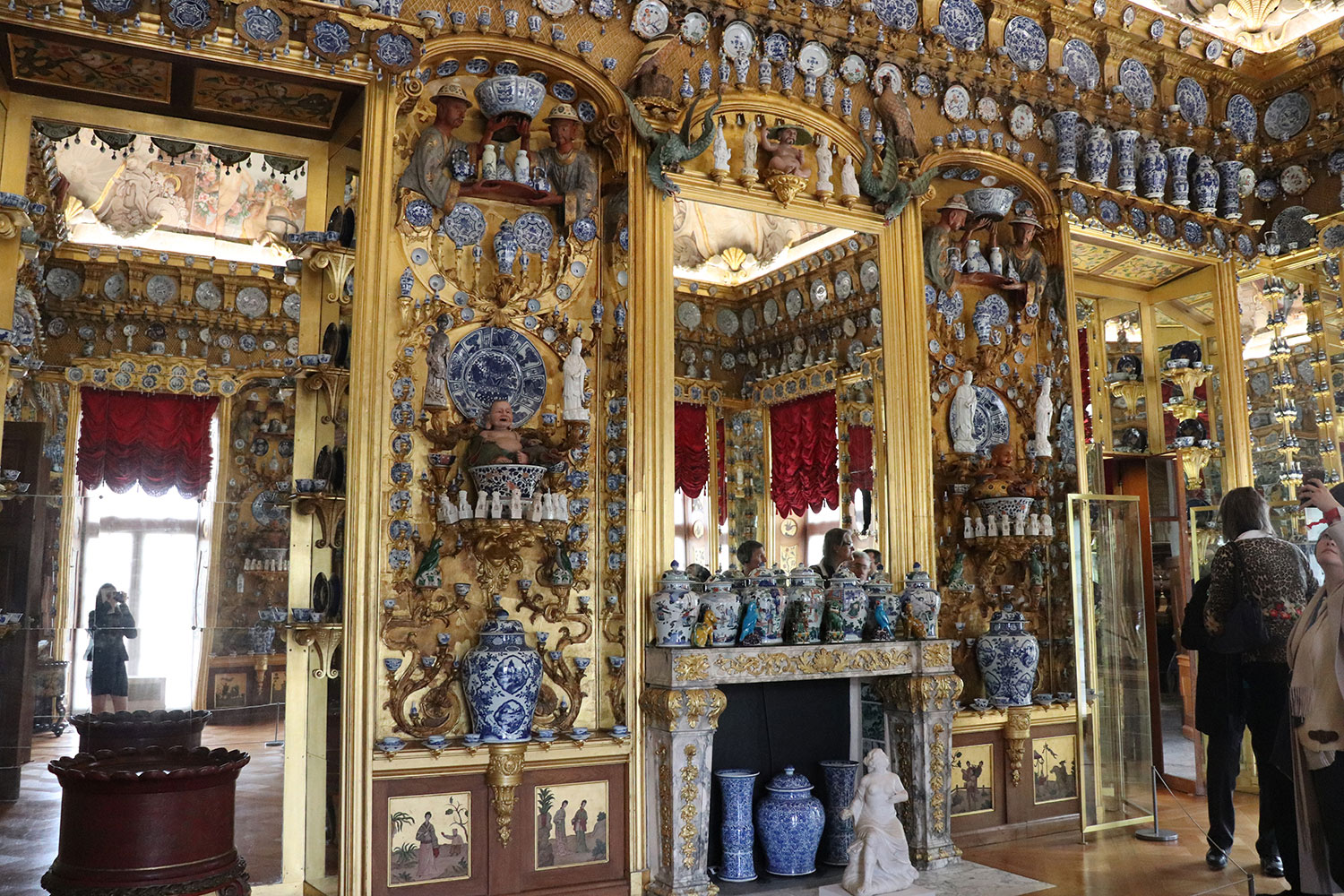 Of course I also visited several museums on Museum Island, the hottest tourist attraction in Berlin. I first went to the Old National Gallery and really enjoyed the art. They don’t have extremely notable pieces but they have a lot of landscapes, impressionist-esque paintings, stuff of that nature. Of course I had to visit the Pergamonmuseum, which houses the Market Gate of Miletus as well as the Gates of Babylon (yes, the Babylon). The Pergamon Altar was not on display when I went but the gates were clearly the highlights of the museum. Was it worth paying about 18 euros to see them? Not sure. But it’s still cool to say that I went. 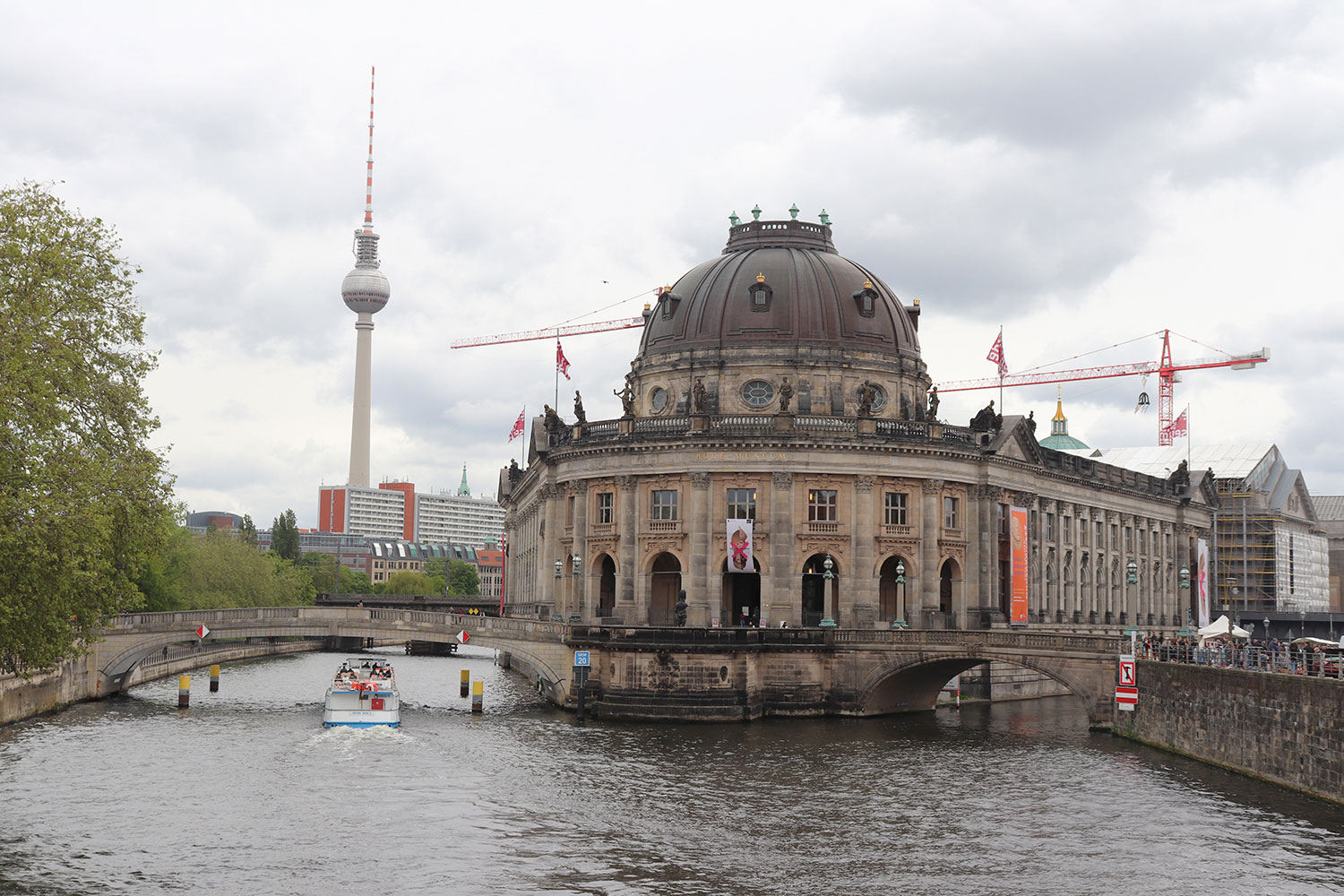 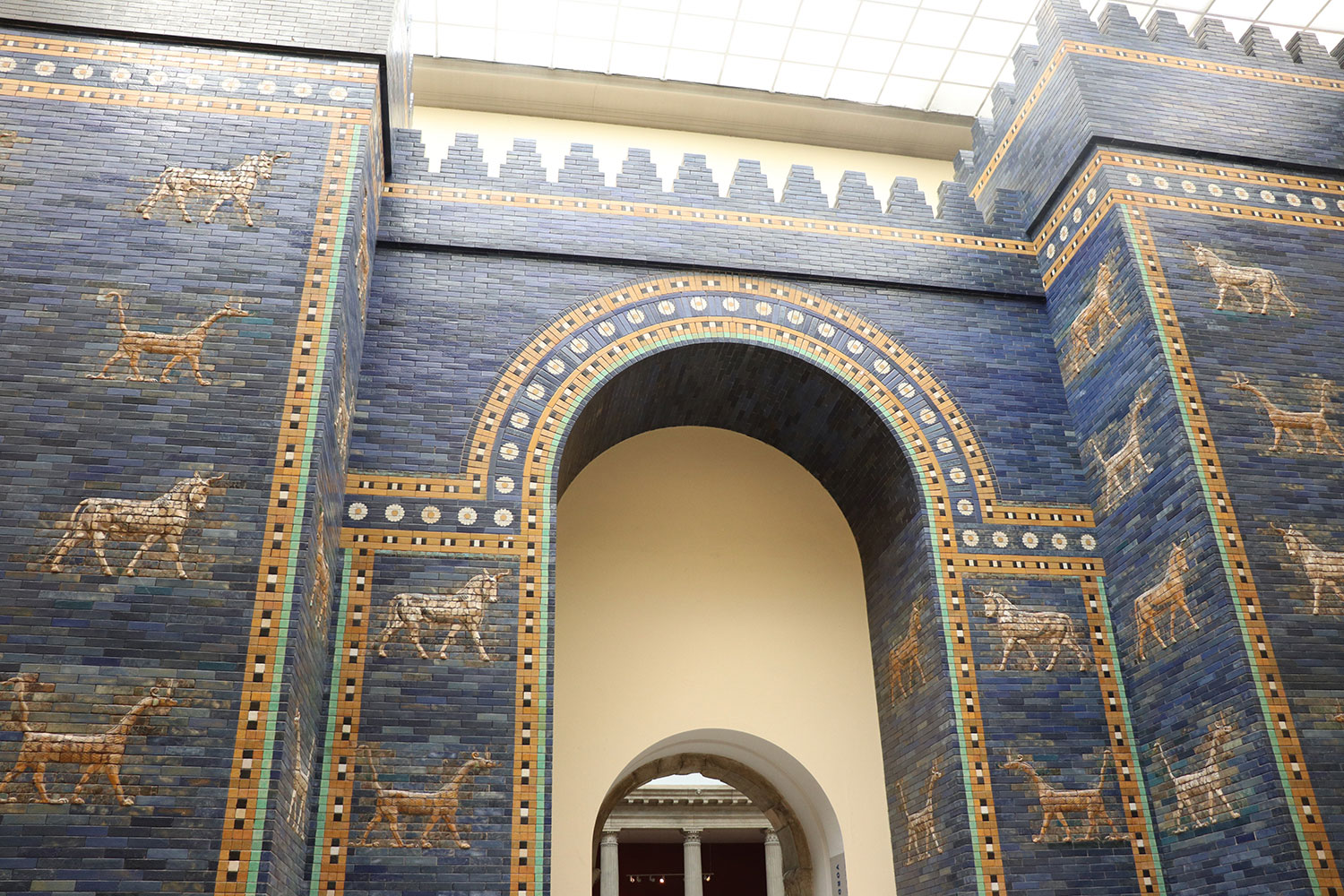 Next door you can see the Berlin Cathedral, which is an absolutely gorgeous work of Baroque architecture. The views from the tap are actually very nice, especially since Berlin is such an expansive and diverse city. You can see it all come together from above. 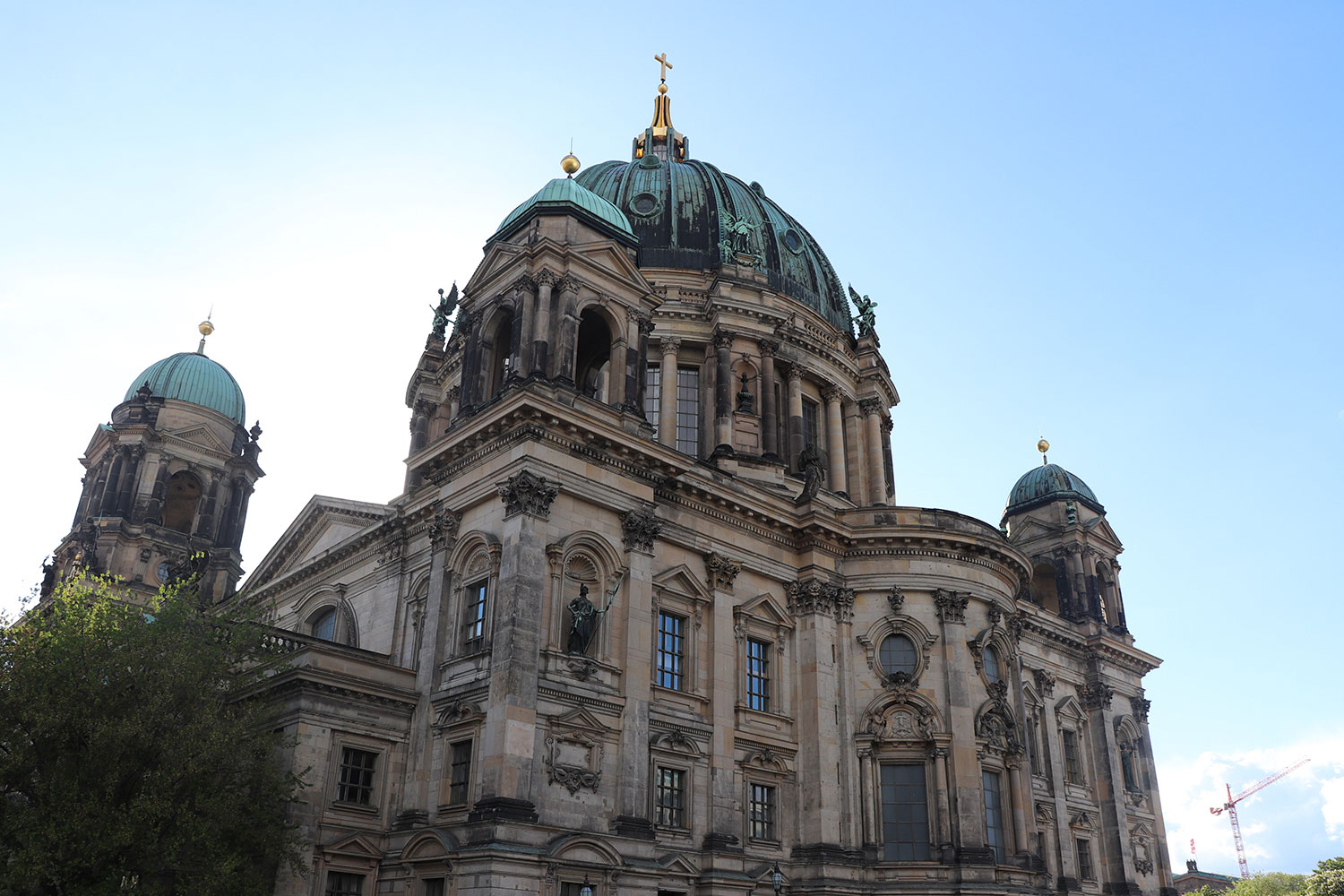 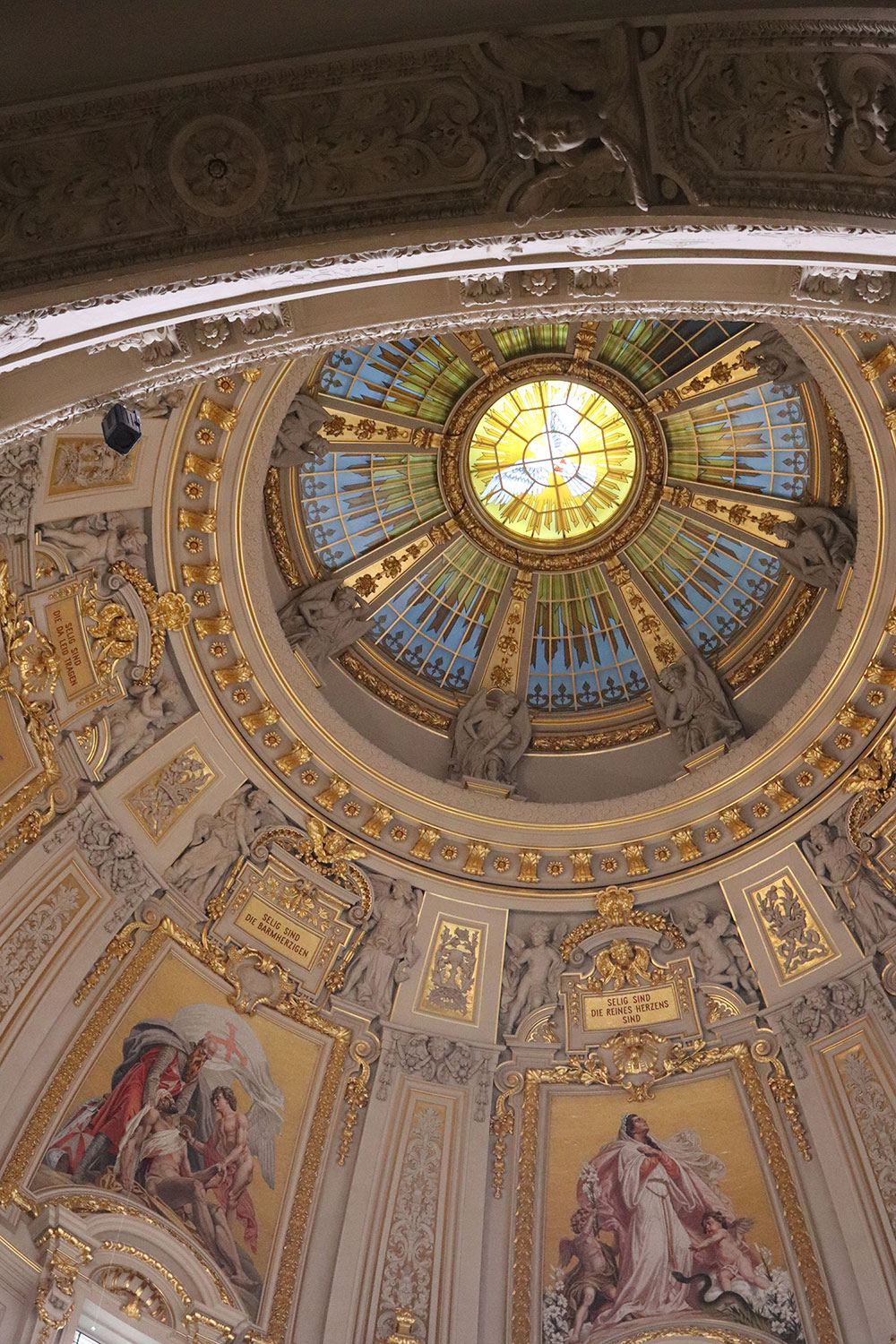 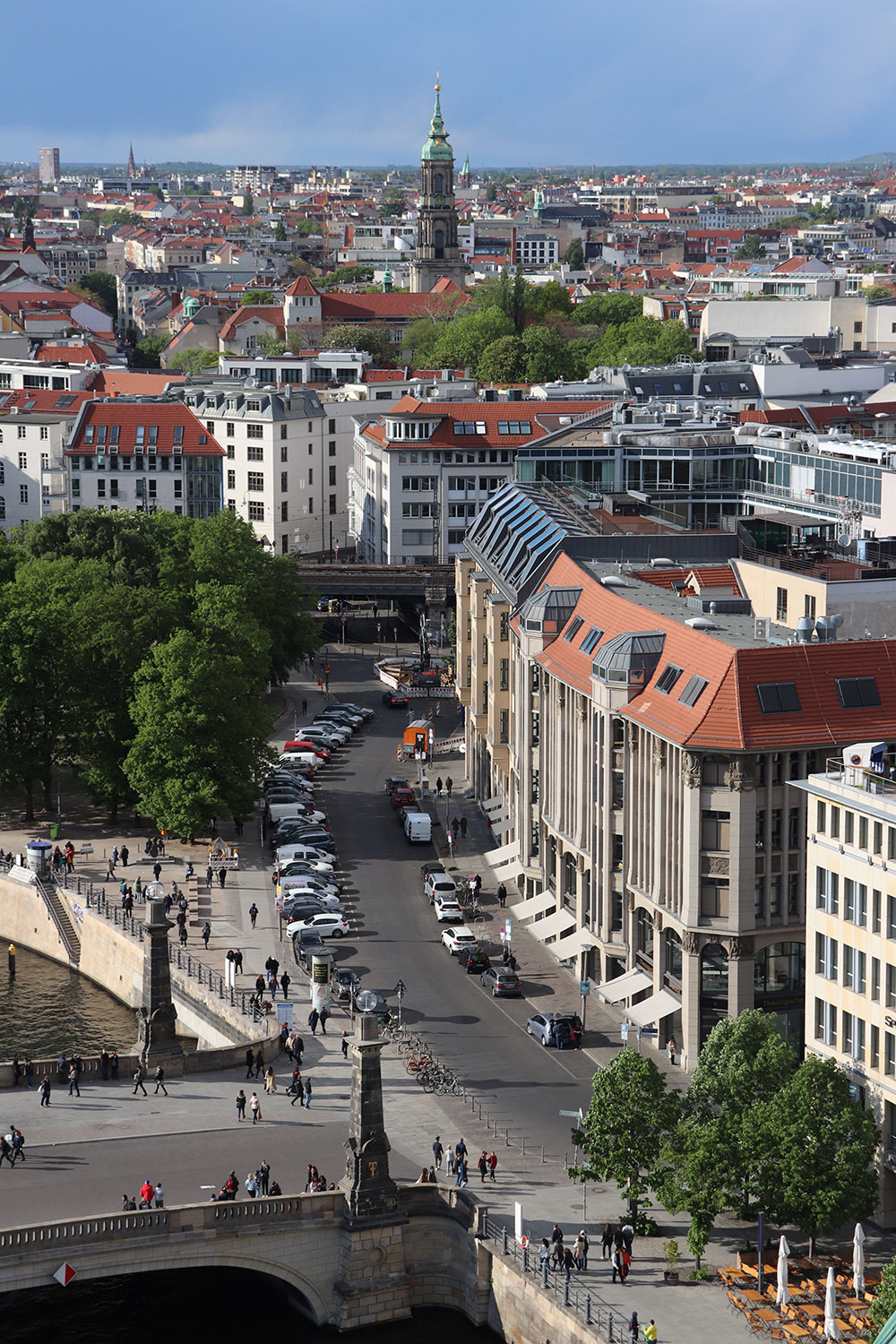 Two of my favourite places to visit in Berlin are actually not the most popular. First was the German History Museum. I have to say it’s one of the best museums I’ve ever been to. It’s in very clear chronological order and has highlights from cultural and political events in history. Knowing virtually nothing about German history, I came out with a much expanded knowledge. I highly recommend visiting this gem! Another attraction I liked is the Berlin Story Bunker, which houses the history of Berlin in a WWII bunker. Berlin’s history extends back to only the 1600s but again, I was able to learn a lot. It’s also an artefact-based museum and it’s super cool to see things that existed hundreds or decades of years ago. They also have a display on stuff found within the bunker. What I liked about both museums is that they don’t emphasise WWII like a lot of places do with German history. That’s part of their history, but just that – a part. There’s also a similar Story of Berlin Museum I didn’t get to visit but would like to. 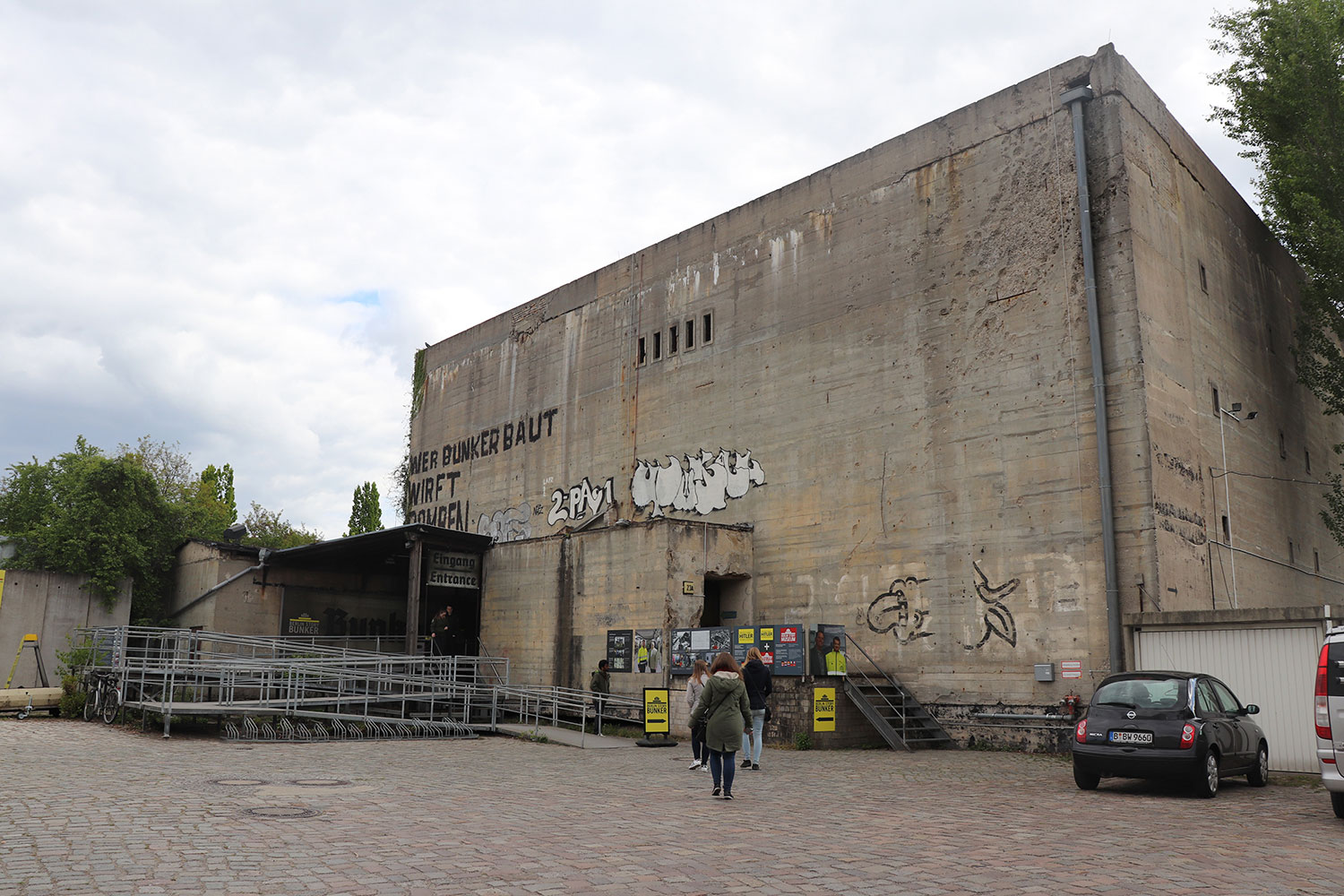 There are also places such as the Bradenburg Gate and the Victory Column that many people stop by to see and take a picture of. The gate used to be a city entrance to Berlin even though it’s more known as a symbol of the city (it’s also in the middle of the city now, not at the perimeter). Even though it’s a little tourist-y, I enjoyed the area between the Gate and the German History Museum. It felt most historical. There is also of course the East Side Gallery but to be quite honest, it wasn’t as extensive as I’d expected.

Another historic area I enjoyed was Bebelplatz. Berlin has historic gems scattered throughout the city but this area has more neoclassical and baroque architecture. It’s really quite lovely.

A lot of German natives kept telling me, Go to KaDeWe! I did not as it was out of the way and it’s a shopping centre. However now I’m telling you, locals recommend KaDeWe. 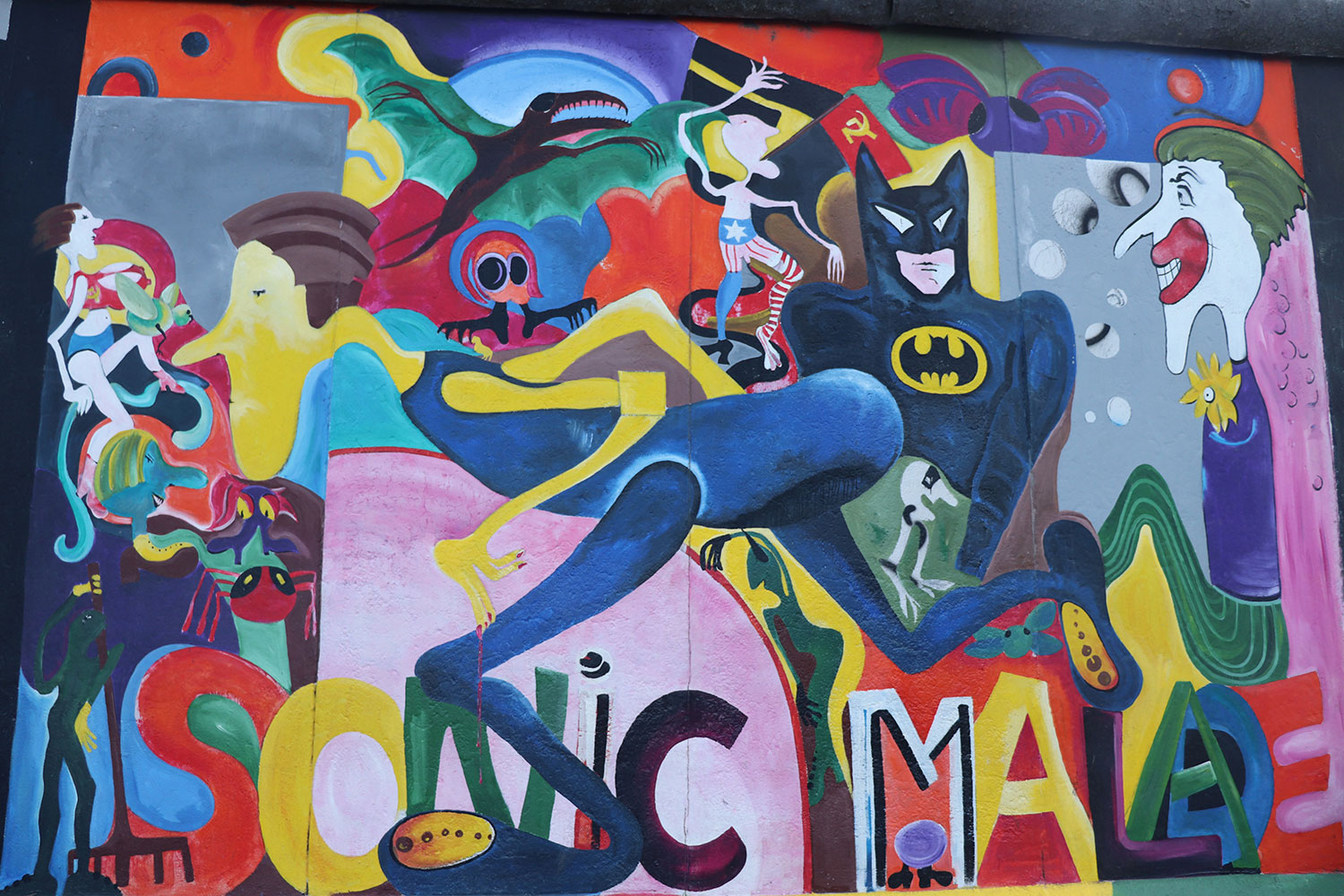 Berlin also has some very delicious food! It’s a very vegan- and vegetarian-friendly city. I personally loved going to Rausch Chocolate House as well, and had the best hot chocolate there. I never recommend restaurants so you know when I do, I find it of utmost importance.
You can apparently make your own Ritter Sport in Berlin, as well. Lots of good food and chocolate!

Berlin is very extensive. I spent three days there and saw what I wanted to see, but it was rather rushed. There was also stuff I chose not to visit. I wrote an extensive list of things to do in Berlin. Be sure to read it before visiting! I couldn’t have gotten around solely on foot as I like to do; buses were a big help in getting from A to B. Be sure to take that into account as well. 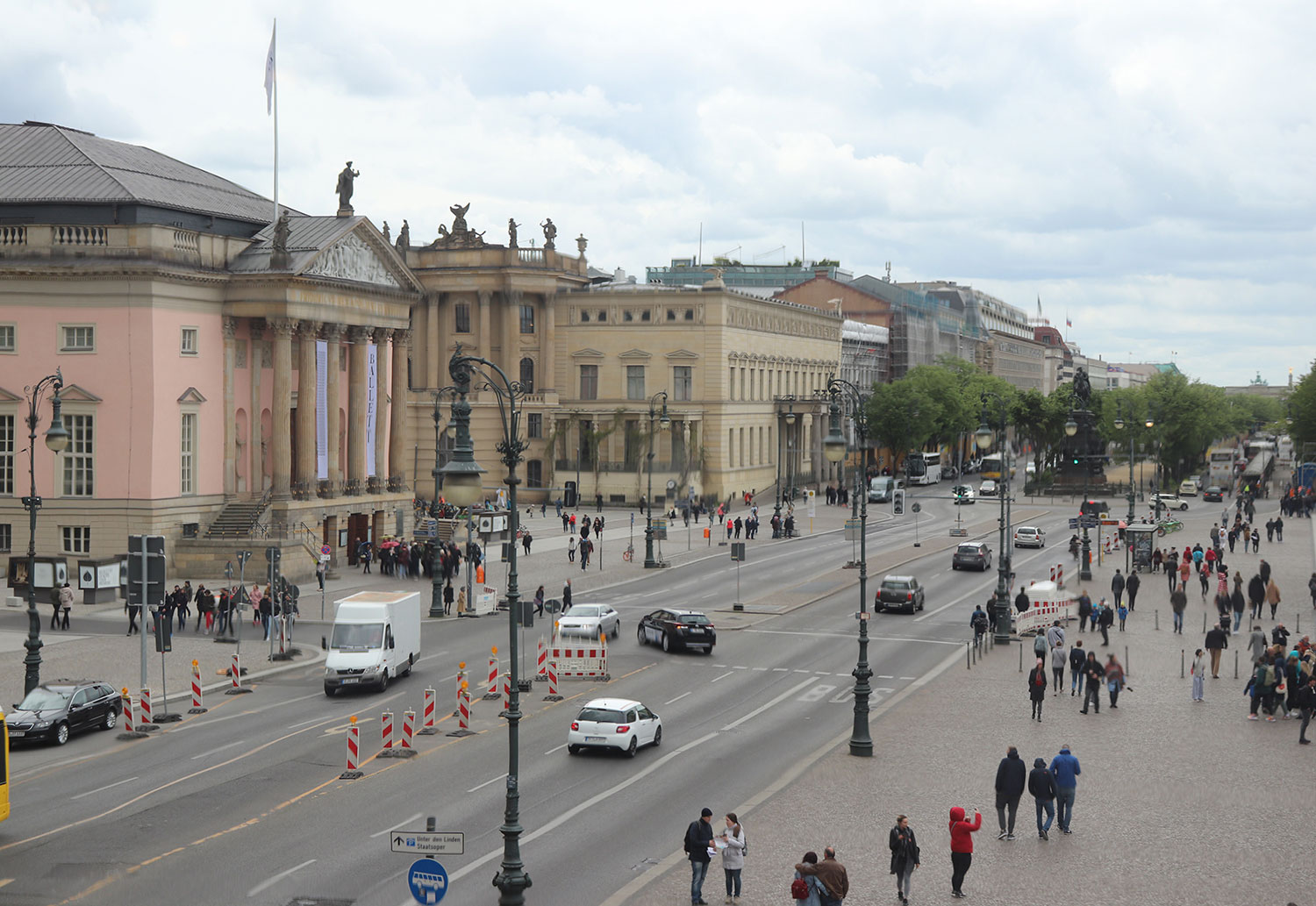 I actually had a fantastic time in Berlin and can definitely see why it’s so appealing, even as an old soul.

Have you ever been to Berlin? What did you think? 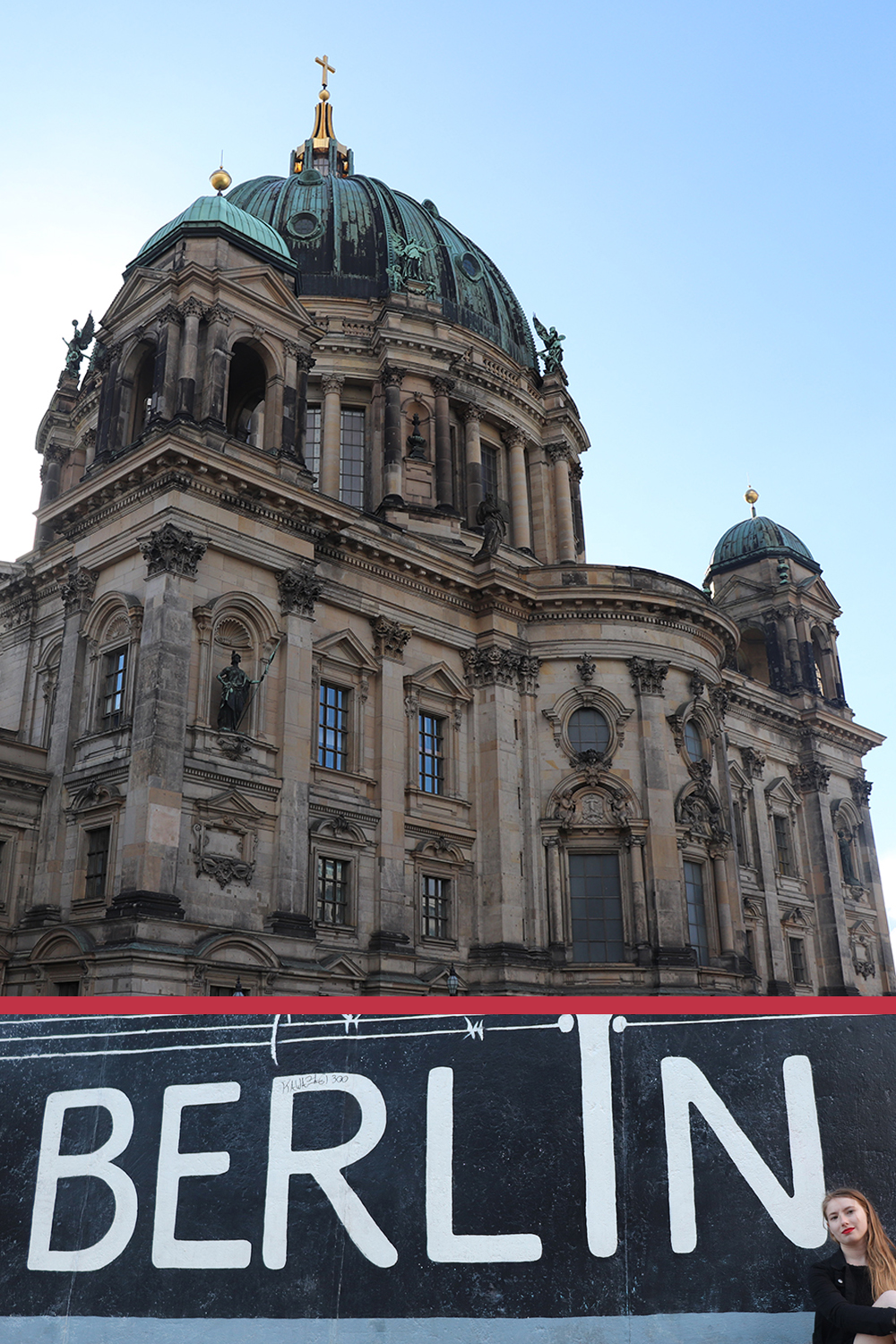