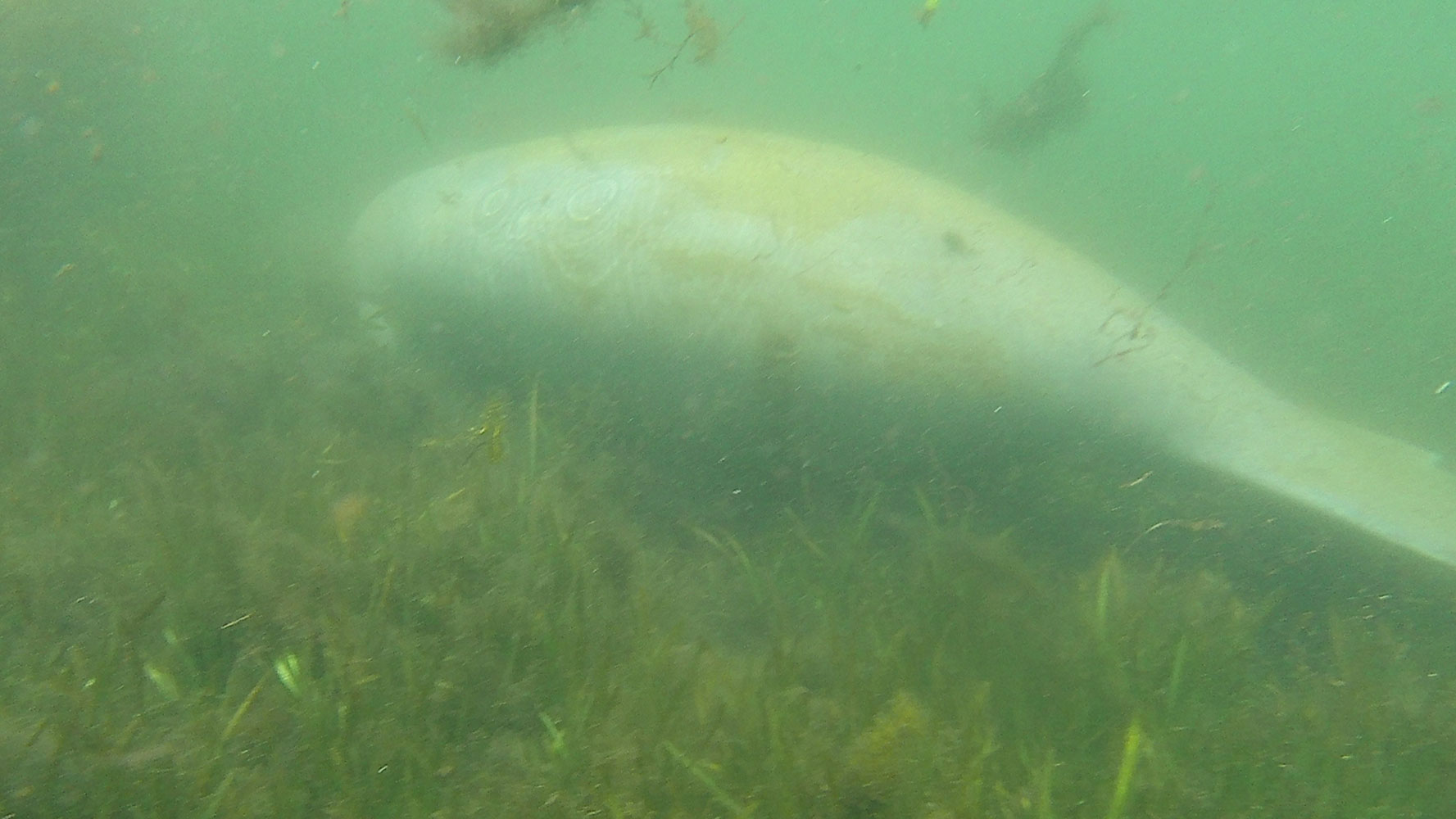 The peak of this phenomenon is November-March. I happened to be in Crystal River in late May, which was a bit of a bummer since most manatees have already left. Though a few pregnant manatees and those with calves will stick around, it’s a lot more difficult to spot the sea cows. We still decided to attempt swimming with manatees for the day and were lucky enough to see three!

Here’s a bit on my experience with swimming with manatees and what I learned on my trip.

Some Fun Facts About Manatees

Like every creature, manatees are quite fascinating and have some interesting quirks about them.

After some research, I decided to go with a tour called Birds Underwater to go swimming with manatees. There are some options to see the manatees without a tour (more on that below) but with very limited knowledge of what to do, we opted to do a tour with the professionals. We found Birds Underwater to be friendly, knowledgable, and fun, so we definitely made a great choice in selecting them! 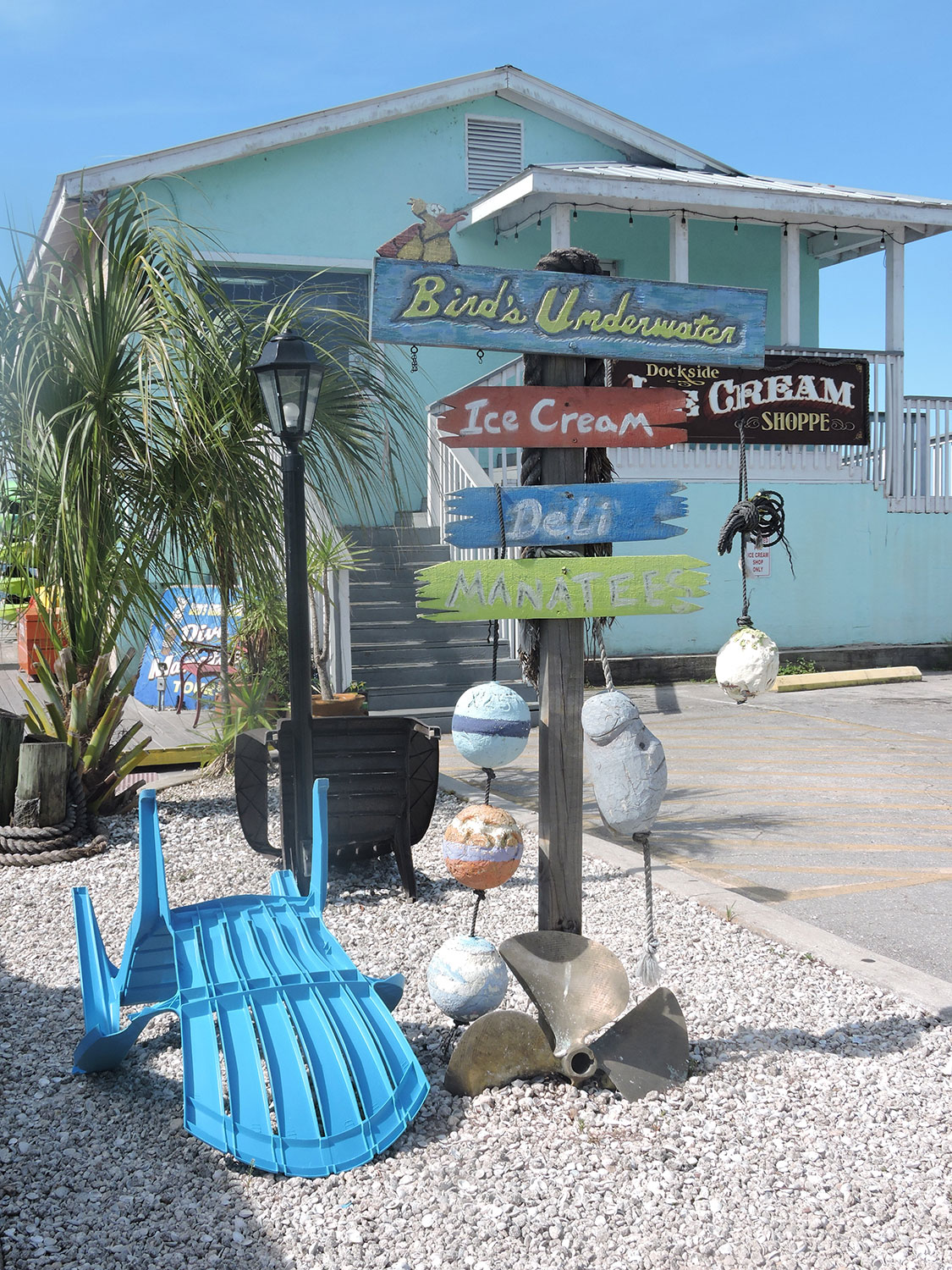 It actually ended up being more important than I thought because I hadn’t done anything like this before and learned a lot. For example, it’s huge that you don’t actually swim with the manatees because the noise it makes will drive them away. I totally wouldn’t have known this. You also can’t stand on the ground of the shallow waters because it brings the sediment up. I totally would’ve done this too. Total novice here. I’m glad we got some guidance.

It also helped to be warned about the size of the manatees. Of course, I knew they were big. I knew they were harmless. But the guide warned us that seeing the manatees in person can be very daunting at first. It was. They look so small above water that once you go underwater, they’re bigger and much closer. It’s a real shock.

Though people started crowding around the manatees, I’m also glad we took a tour because I wouldn’t have been able to spot them or know where to look. In the warmer months, the waters are murkier and the manatees become even harder to see. 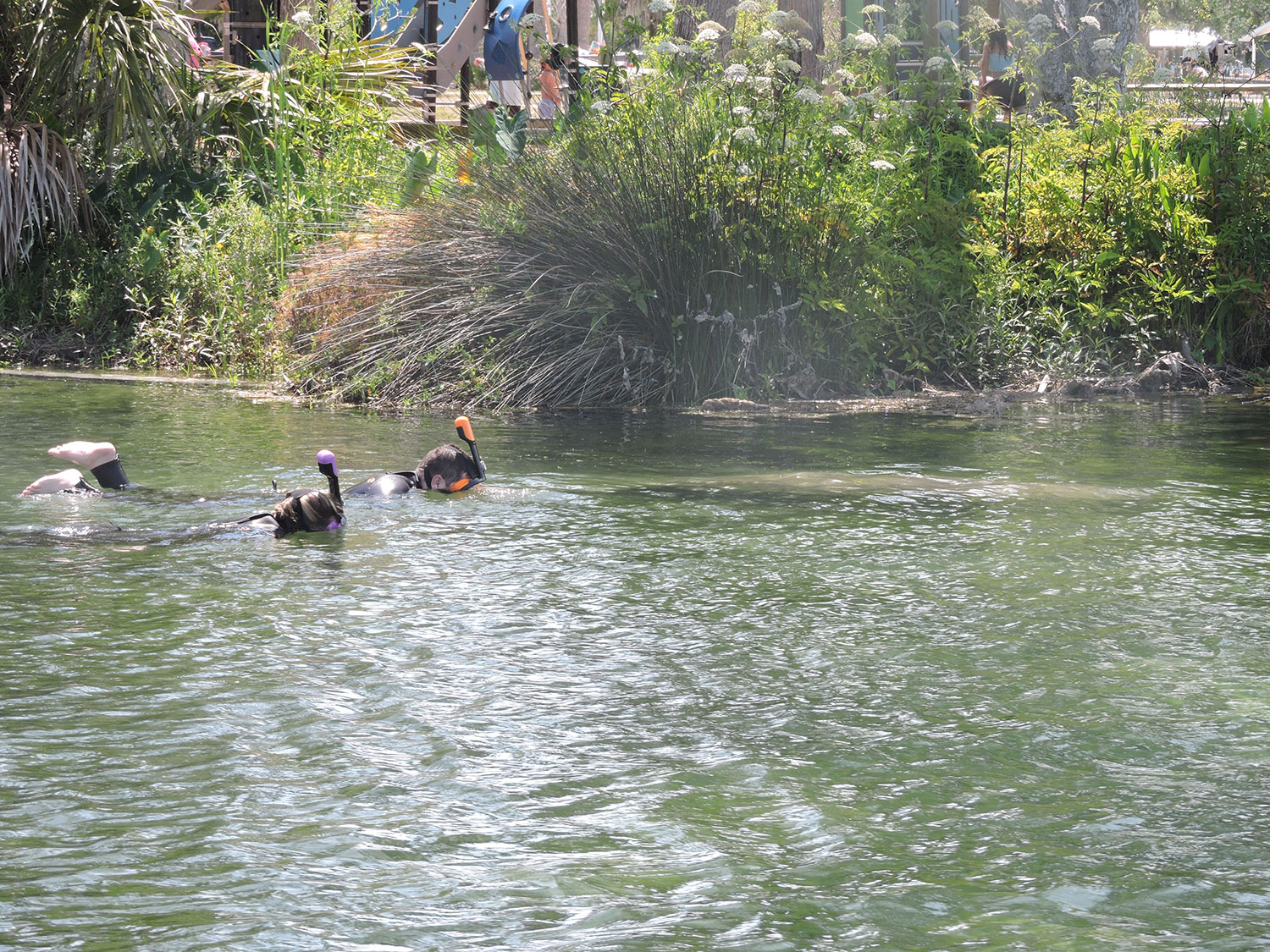 Once we checked in, the company provided us with wetsuits and snorkel gear, and we watched a short video on the manatee and what to expect. We headed out in their boat and shortly after, saw our first manatee, a pregnant lady named Nancy. We got to swim with her (or more, hover around her) for a short while before she swam away. It was pretty exciting to be so close to her and she even swam under me. We’re not allowed to go and touch the manatees but she came up to me so I was able to feel her coarse skin. 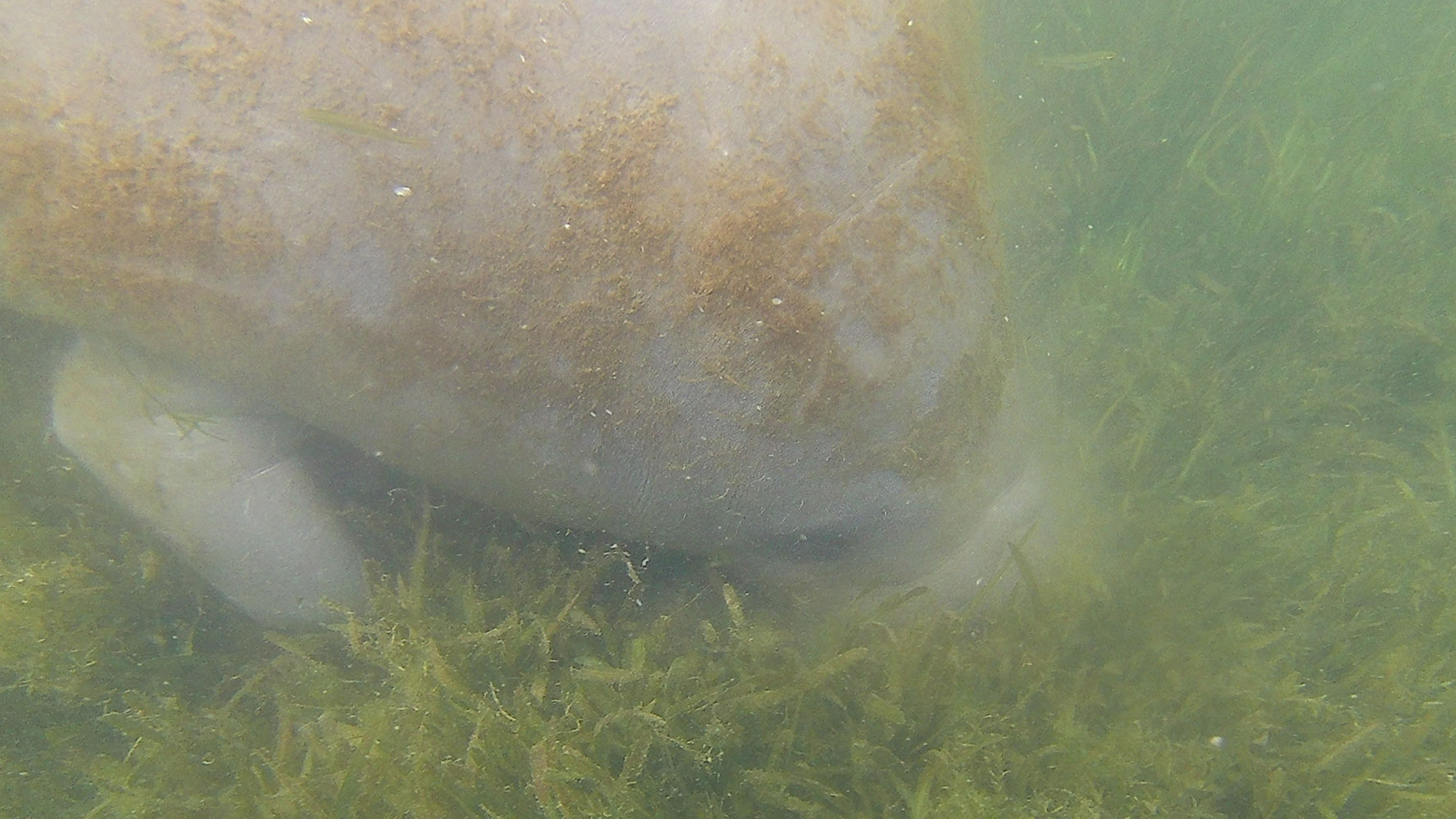 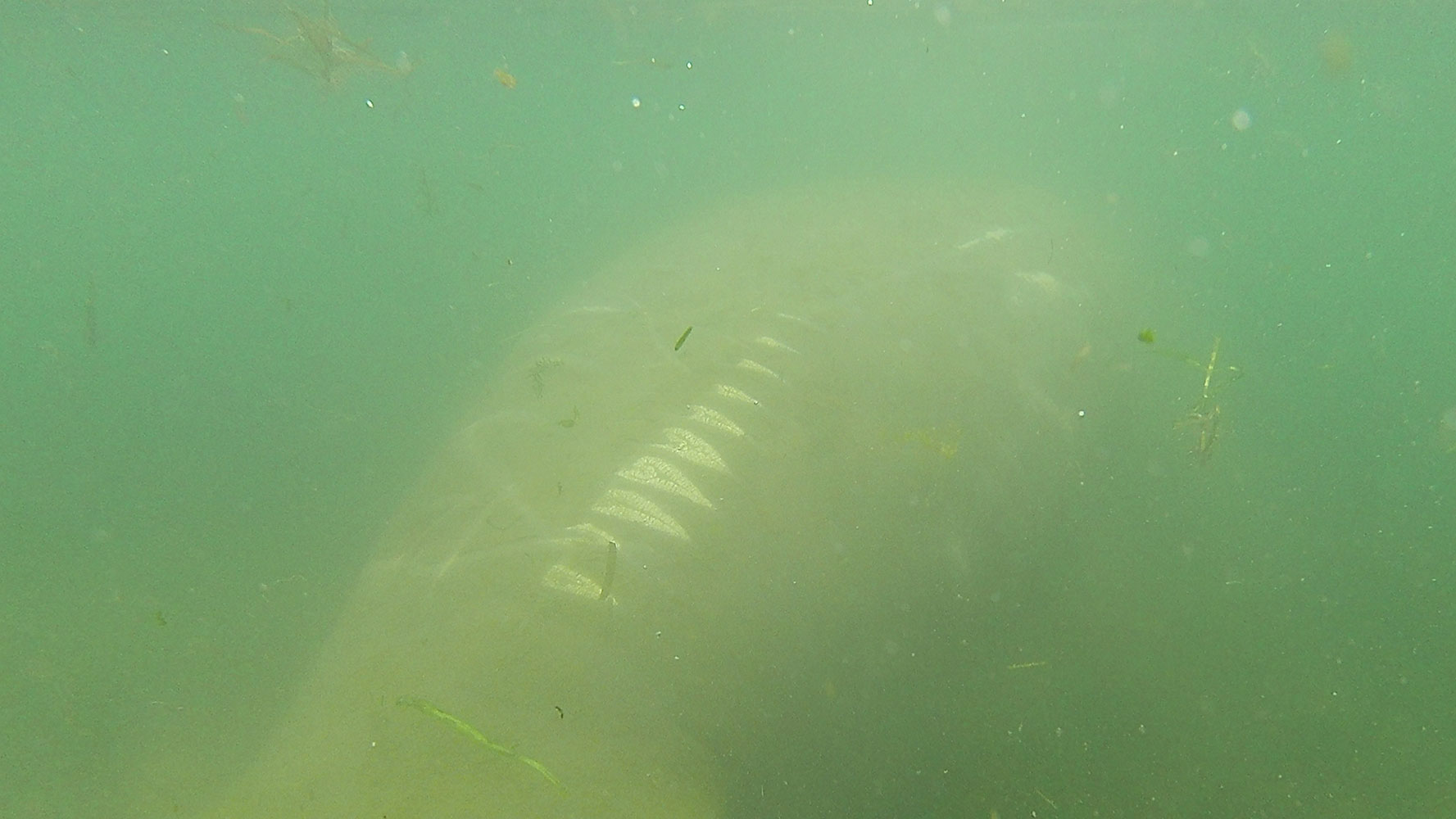 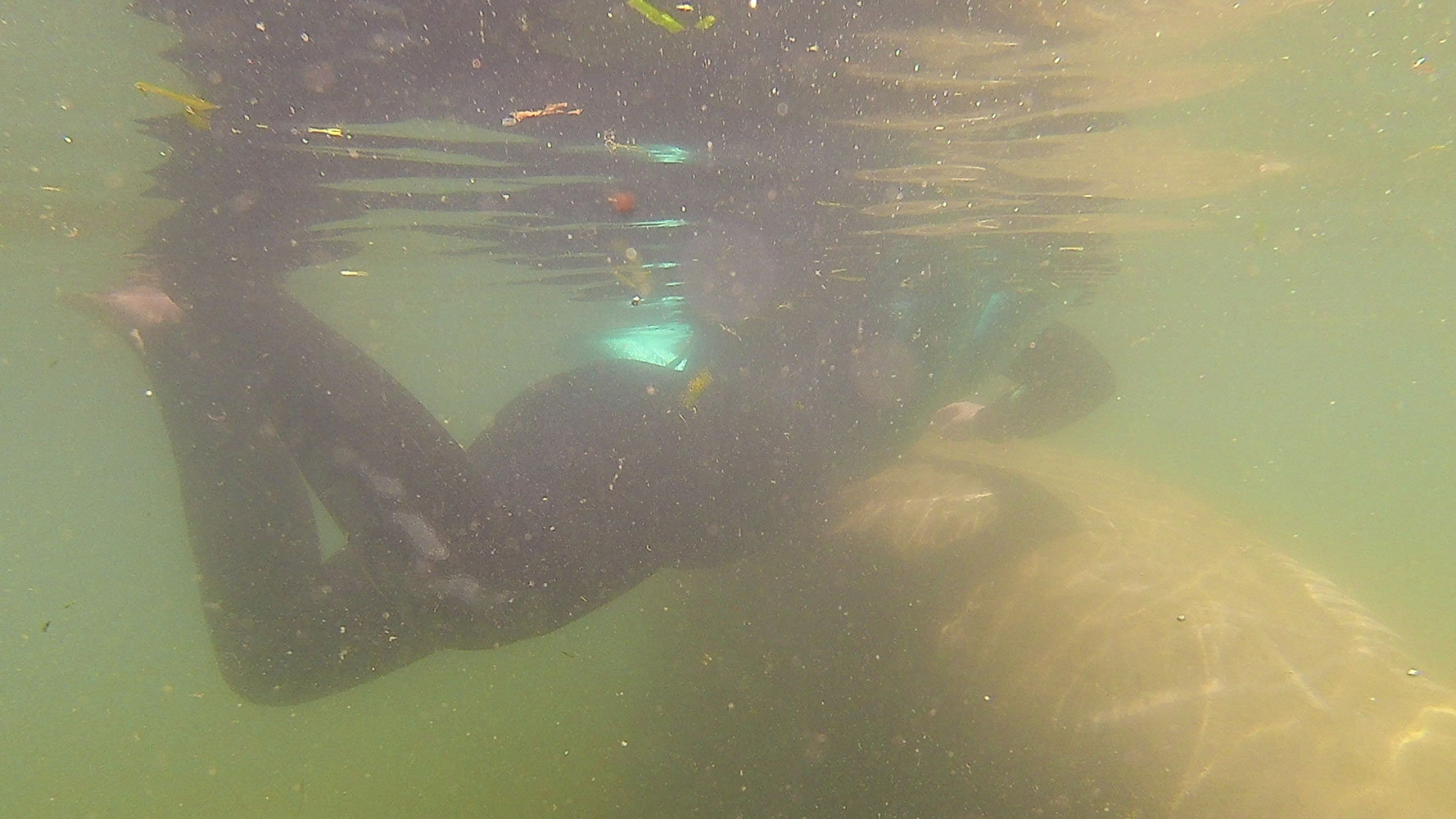 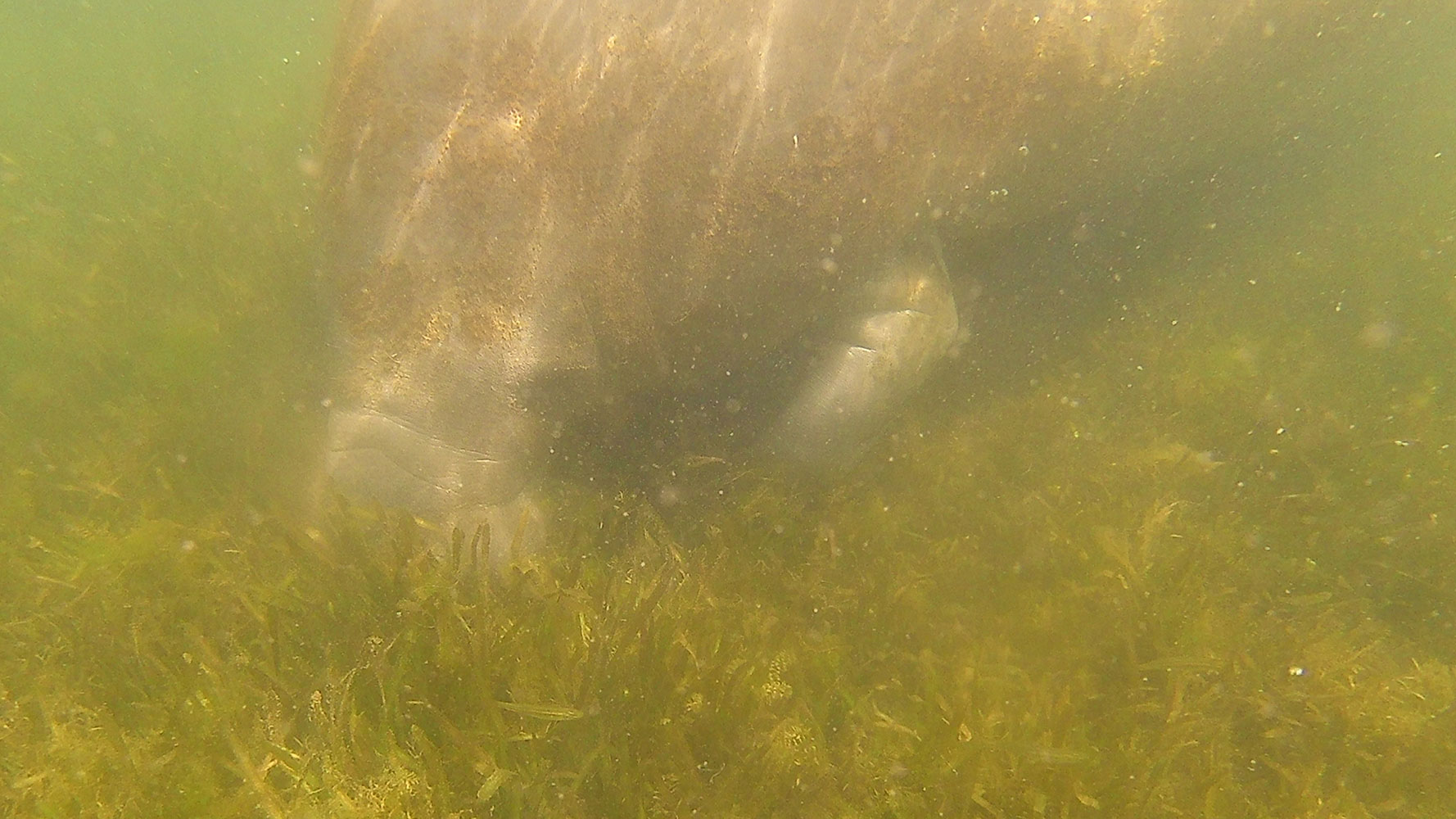 Me with Nancy the Manatee

Once she left, we headed over to another part of the bay. There we were able to spot a mother manatee and her 5-year-old calf came over and joined her. It was lovely, being able to see such lovely creatures up close. It actually did feel like a rare experience. 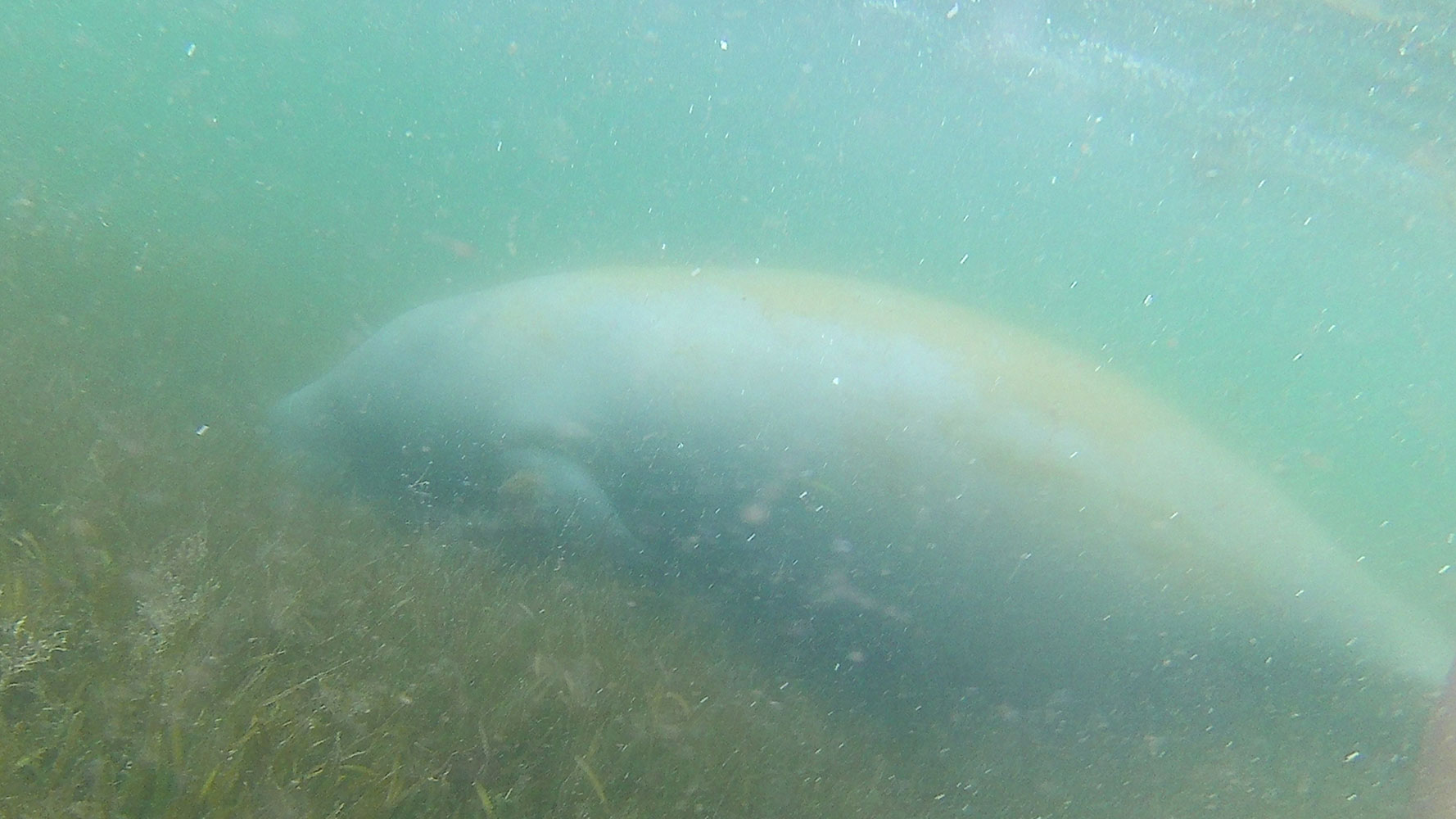 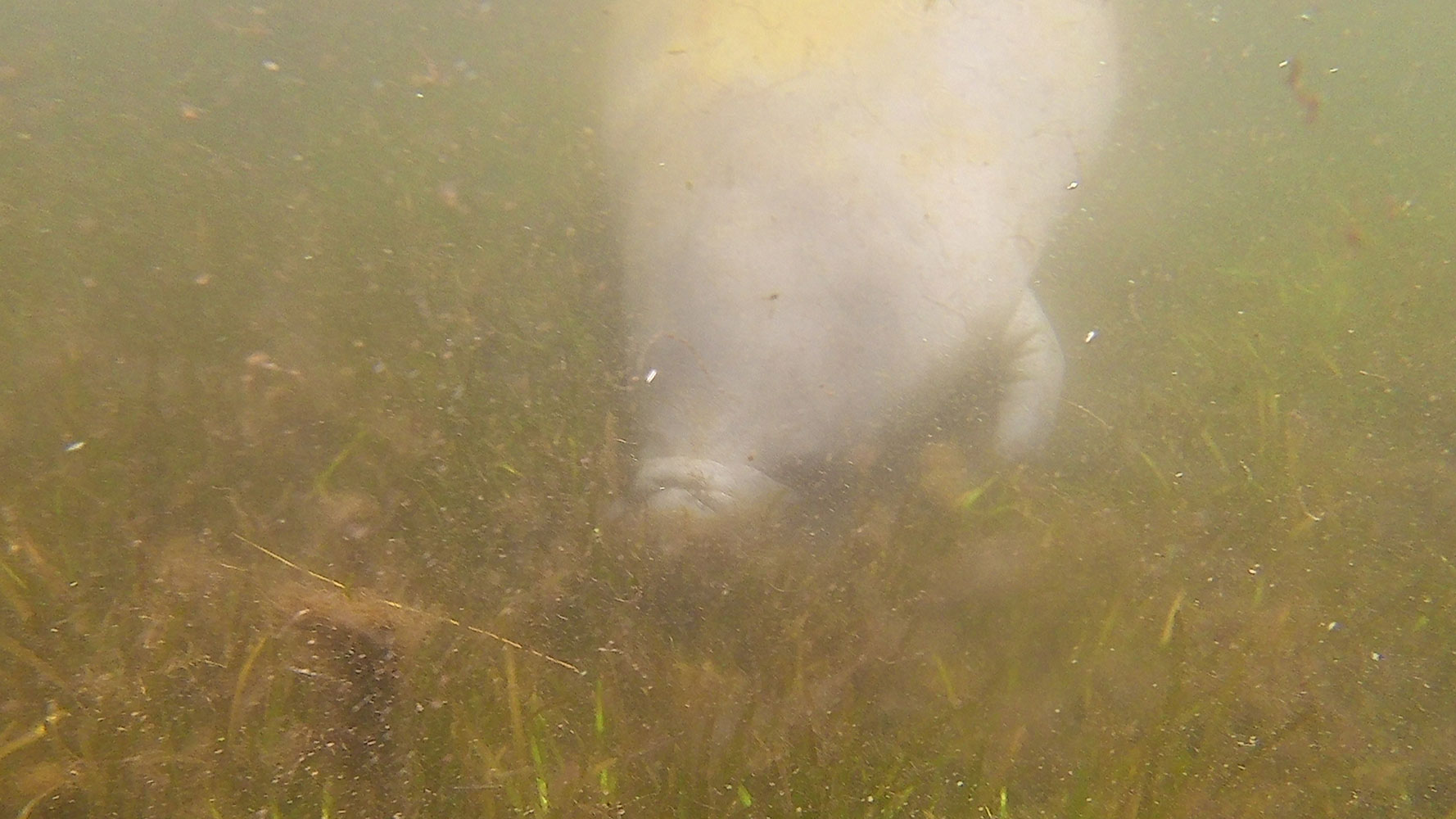 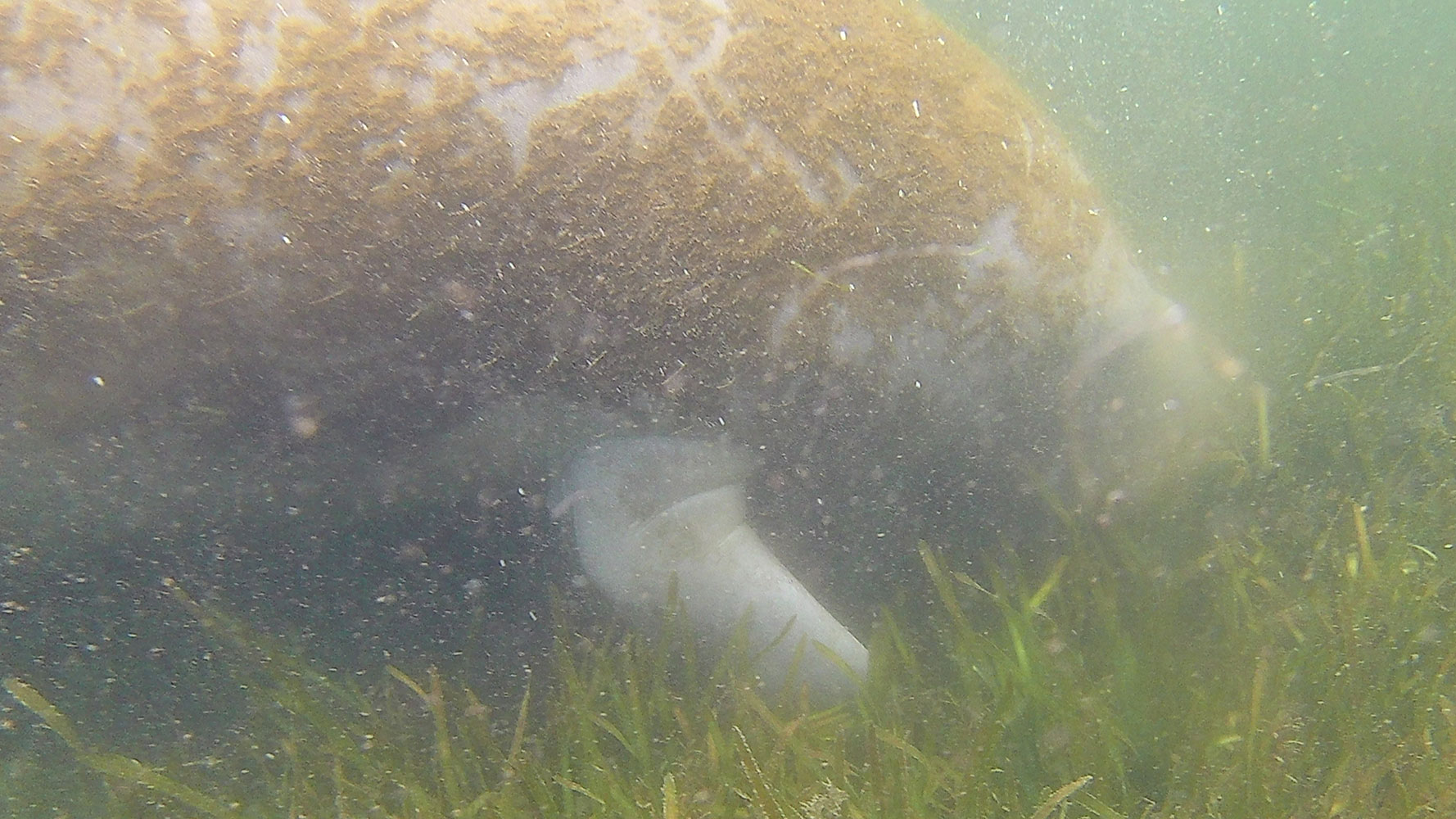 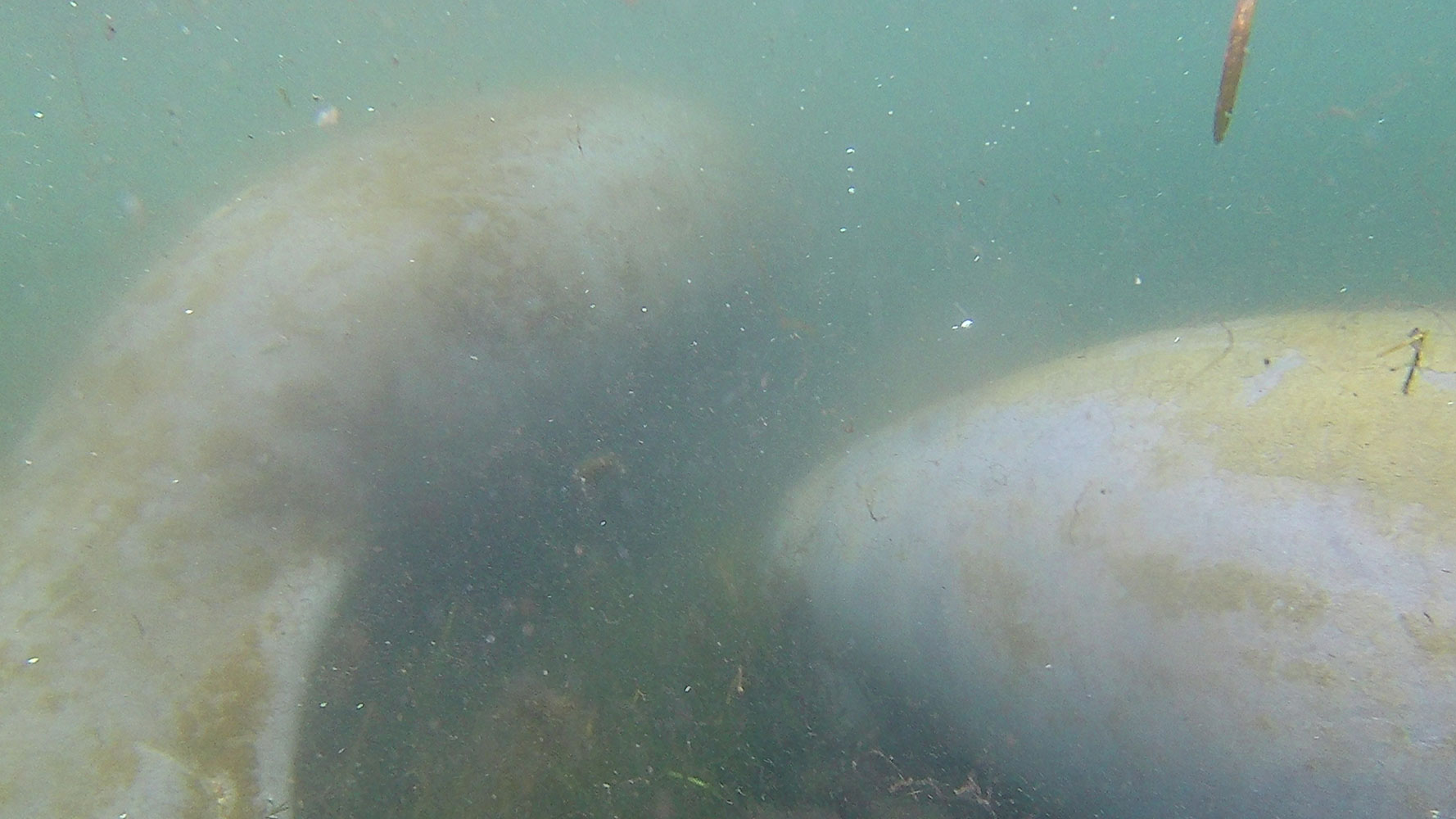 Since we spotted the manatees early on, we were able to take some time to swim around the beach at Hunter Springs Park. It’s an area you can access for a beach and a small boardwalk for manatee sighting. More on that below.

Other Activities in Crystal River

As I mentioned, a “swimming with manatees” tour is not the only way to see manatees. You can go to a park like Hunter Springs and swim from there if you’re an experienced swimmer (or bring a noodle). Remember that splashing is not allowed past the beach markers. There are also several places to launch a kayak if you have one or rent a kayak. However, Crystal River has many restrictions and access is limited – which is another reason we opted for an organised tour. In retrospect, it was most expensive but the best option for us. Next time, I think we’ll grab noodles and float around from the beach. 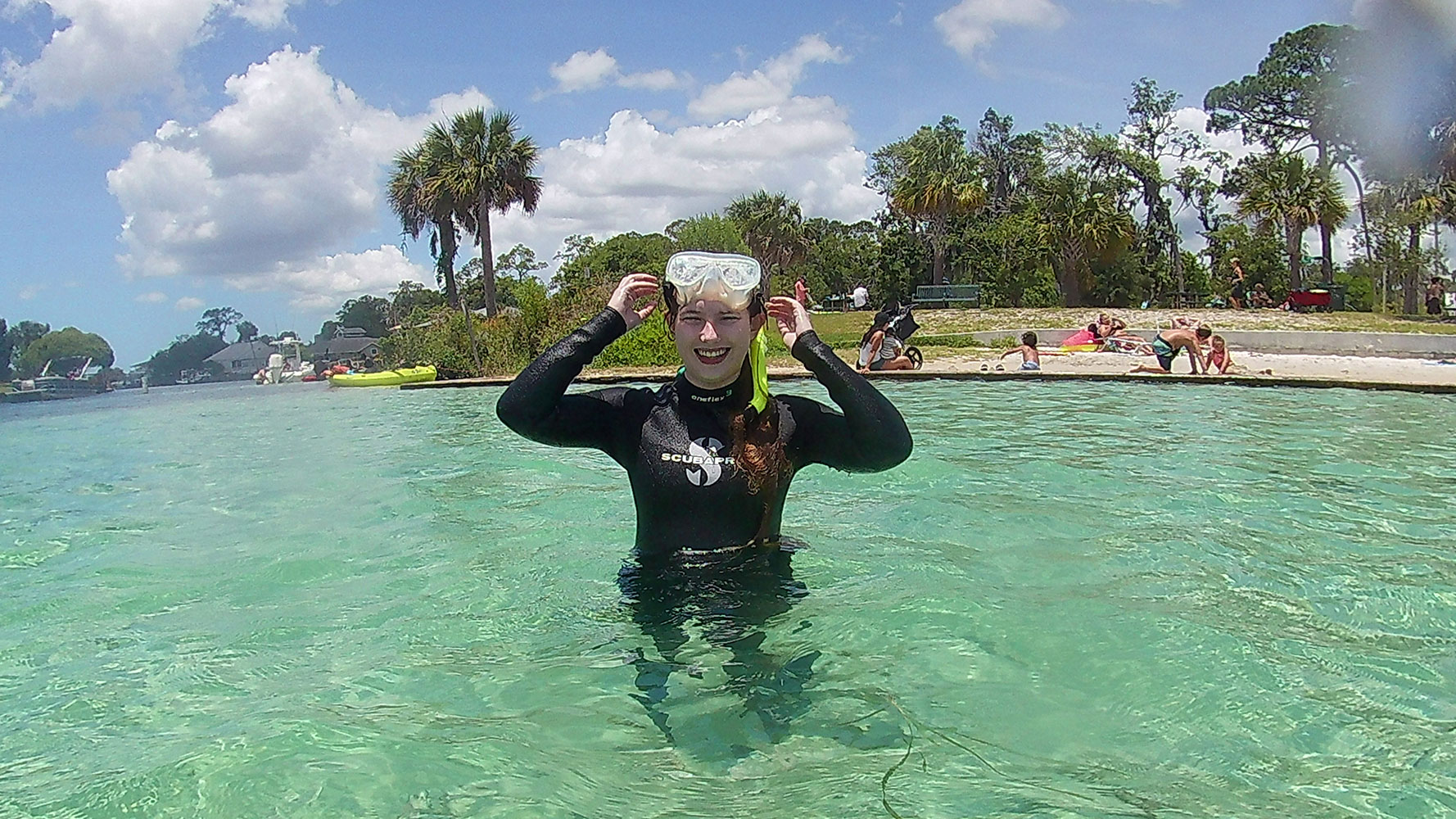 We were short on time so we didn’t explore much of Crystal River. There’s Three Sisters Springs, the premier spring in which to see the manatees. However we’d already been swimming with a few so, while the spring looked beautiful, we didn’t see any need to stop by. There’s also the Crystal River National Wildlife Refuge. I can’t see that there would be any bad choices in Crystal River!

You can also see pre-Columbian burial grounds in Crystal River Archaeological State Park if you have time.

Overall, Crystal River is a beautiful place and swimming with the manatees was fun but relaxing. We had a great time and would definitely come back to see more wildlife. I’d especially like to see Crystal River in the winter when the manatees are there by the hundreds!

I want to re-iterate that this post is not sponsored. I just wanted to take this opportunity to share a foundation called Save the Manatee, which first introduced me to manatees in my youth. My aunt lives down in Florida and would “adopt” a manatee for me and my brother every year. If you want to help this endangered species, Save the Manatee Club has a 91.77% rating on Charity Navigator and donations are tax-deductible. They also have an online store to buy manatee merch.

World Wildelife Fund is another great charity and they also have a store where you can “adopt” a manatee.

2021 has been the deadliest year for manatees so far and that’s horrifying. Any help would be greatly appreciated. 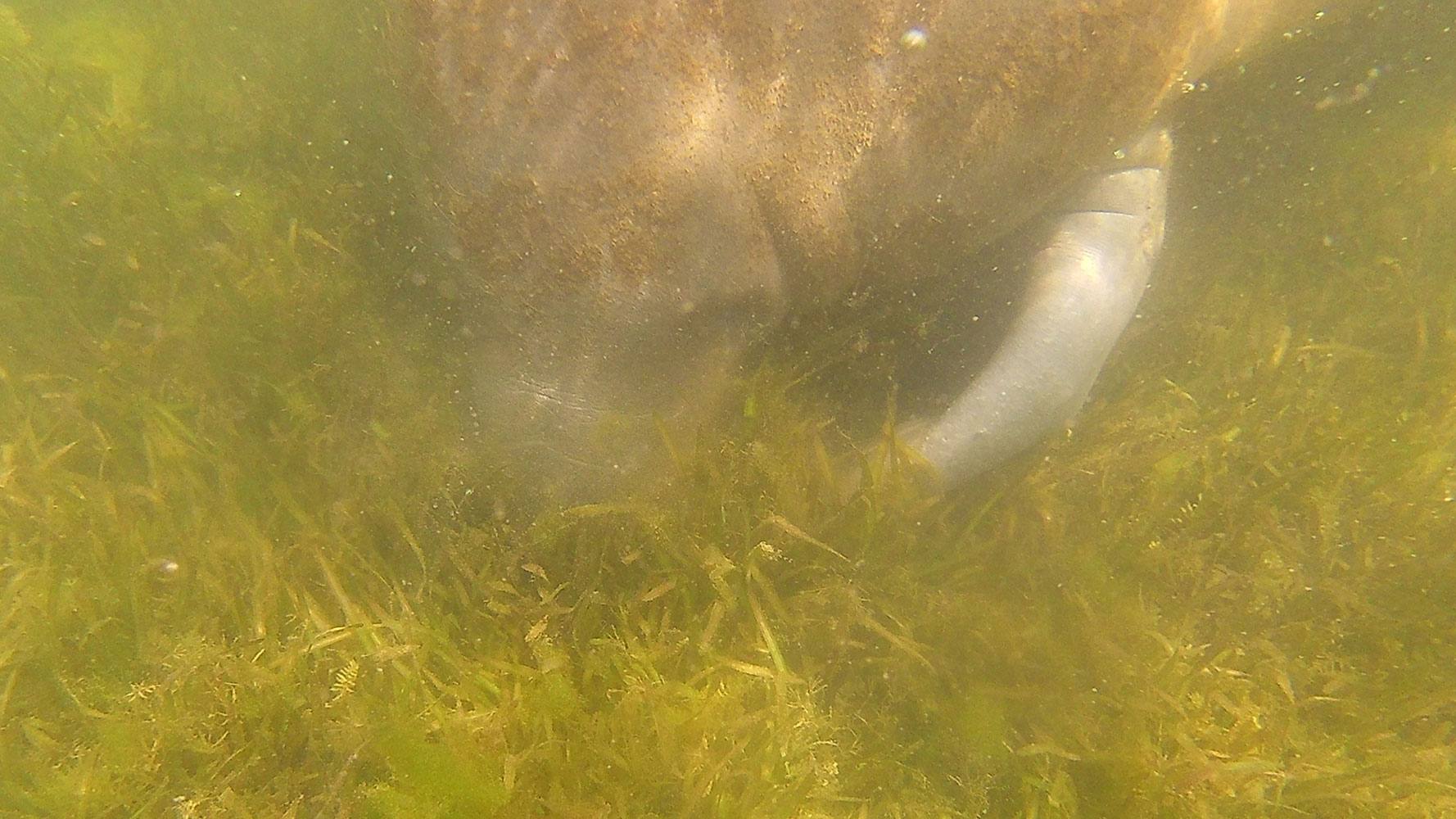 Have you ever been to Crystal River, or had a manatee encounter anywhere else? I’d love to hear about your experiences in the comments!