On my way from Split to Zadar, I opted to make a few stops at different towns to see the most of Croatia. One town I’d heard good things about was Sibenik, a little bayside town with a lot of charm. It’s a bit of a hidden gem but easily accessible, so I stopped in little Sibenik for a few hours. It was incredibly gorgeous and one of my favourite stops in Croatia. 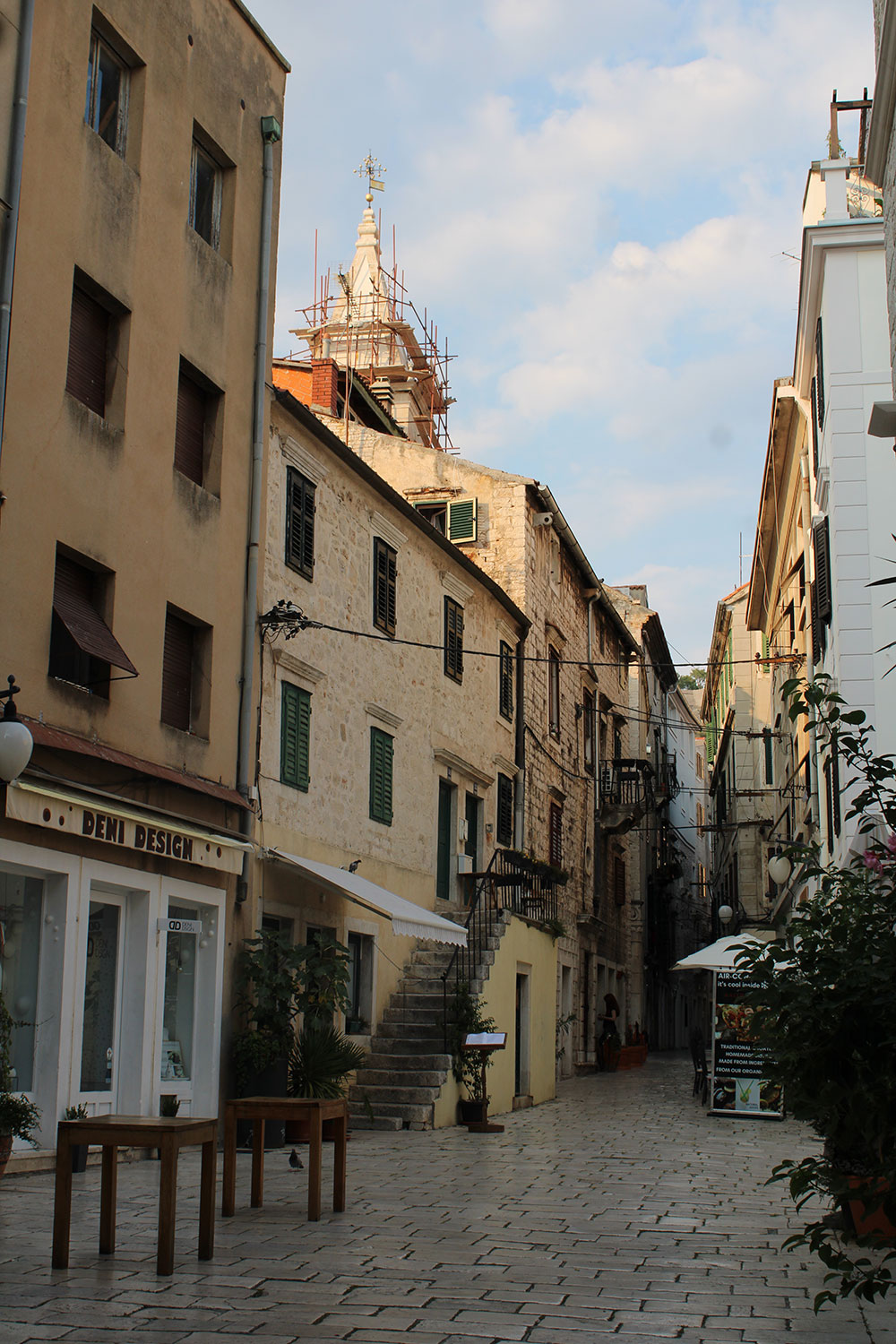 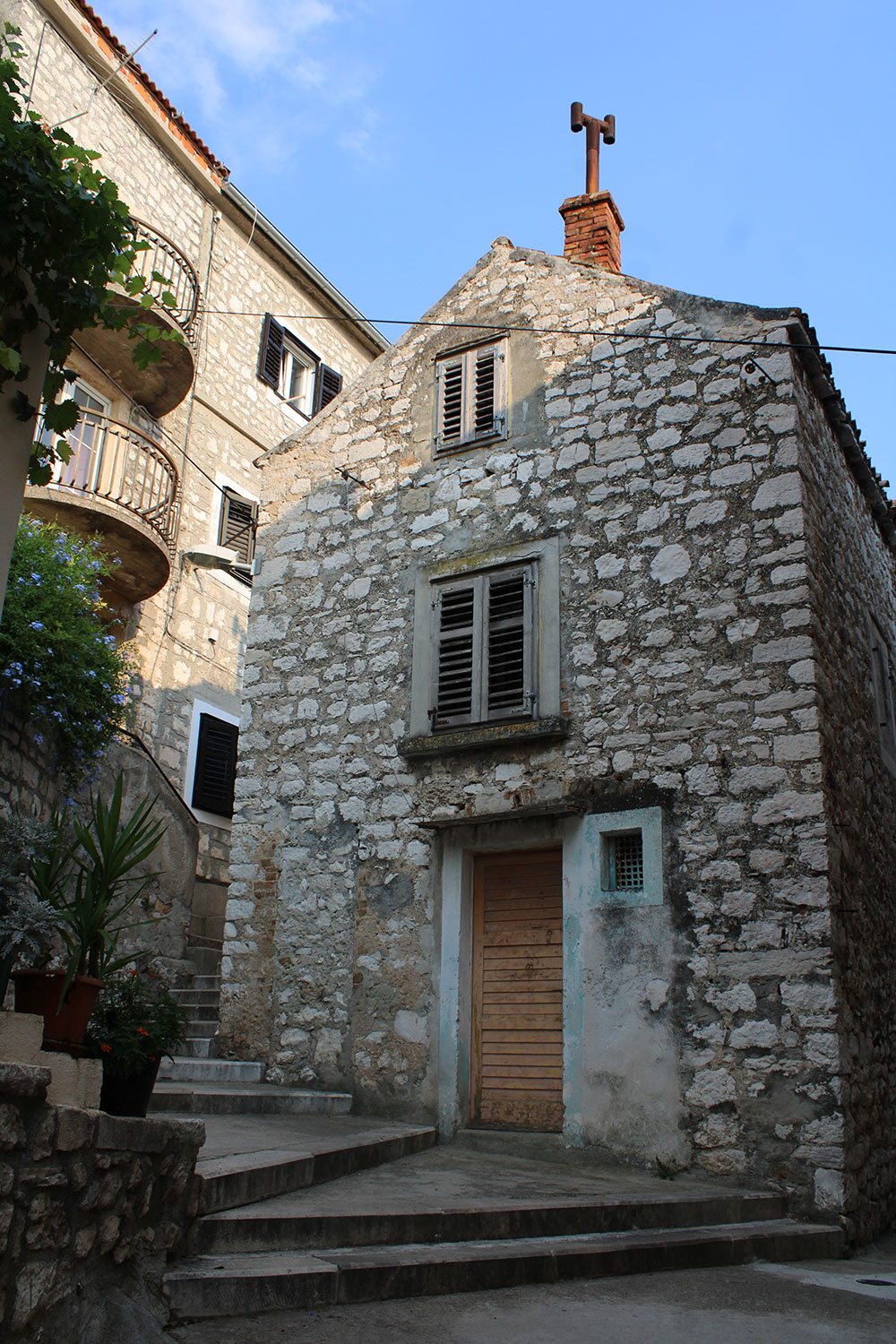 The History of Sibenik

Sibenik (chi-ben-ick) has an unusual history for Croatia since it was founded by the Croats. It’s first mentioned in 1066 and was made a city in 1169, with its origin being the current location of St. Michael’s Fortress. Like much of Croatia, it became a part of the Venetian Empire. Unlike other places in Croatia, Sibenik’s most interesting history actually wasn’t during the time of the Venetians. It actually thrived when it was part of Yugoslavia, and not from fishing or maritime activities but from nearby factories and power plants. However, it fell during the Croatian War, and was even a battlefield for six days during what they call the September Battle of 1991 or the Battle of Sibenik.

Sibenik is fascinating in that its history is a lot different from similar towns in Croatia. It’s also a gorgeous place on the water and one of the places I liked best on my trip.

Things to Do in Sibenik 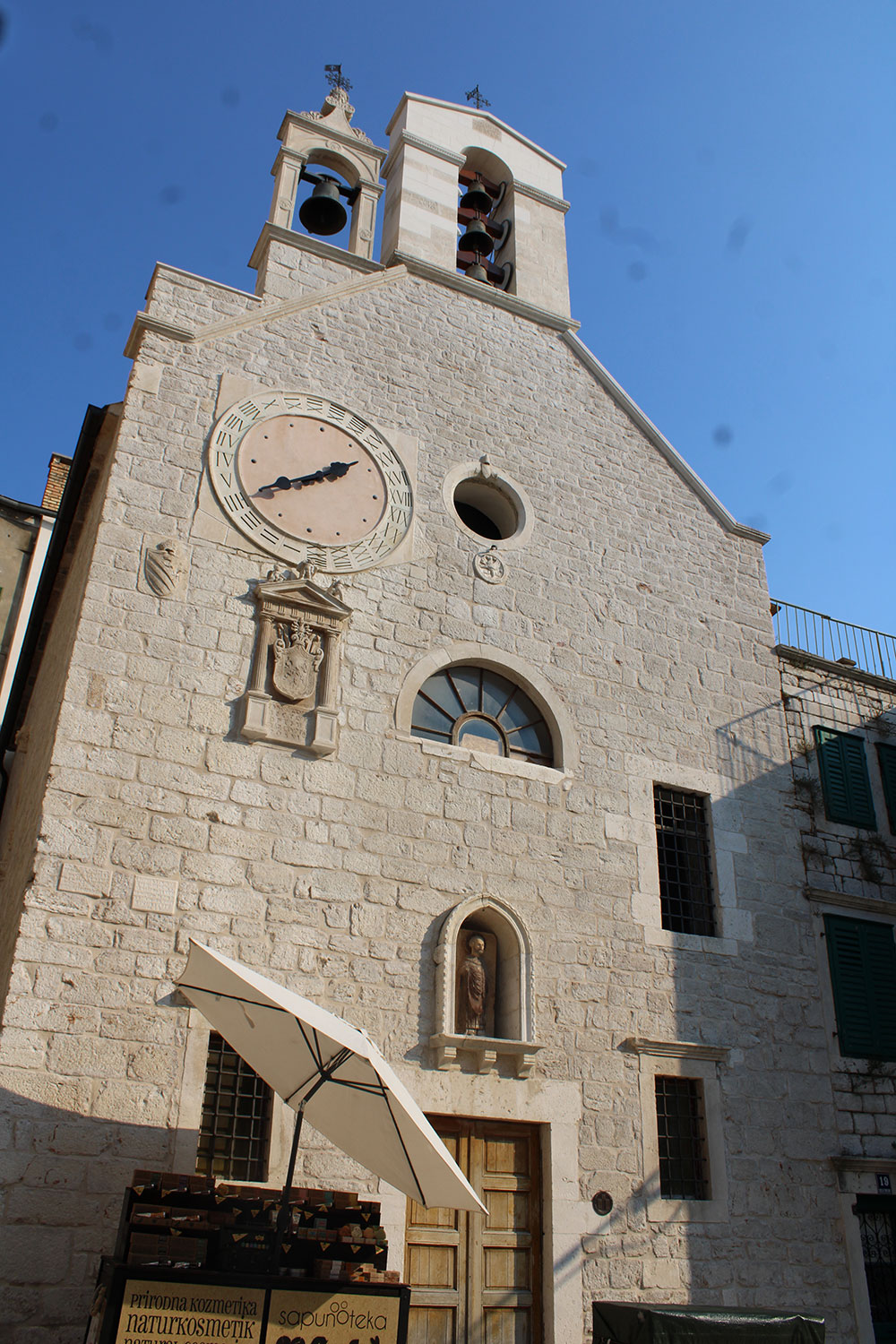 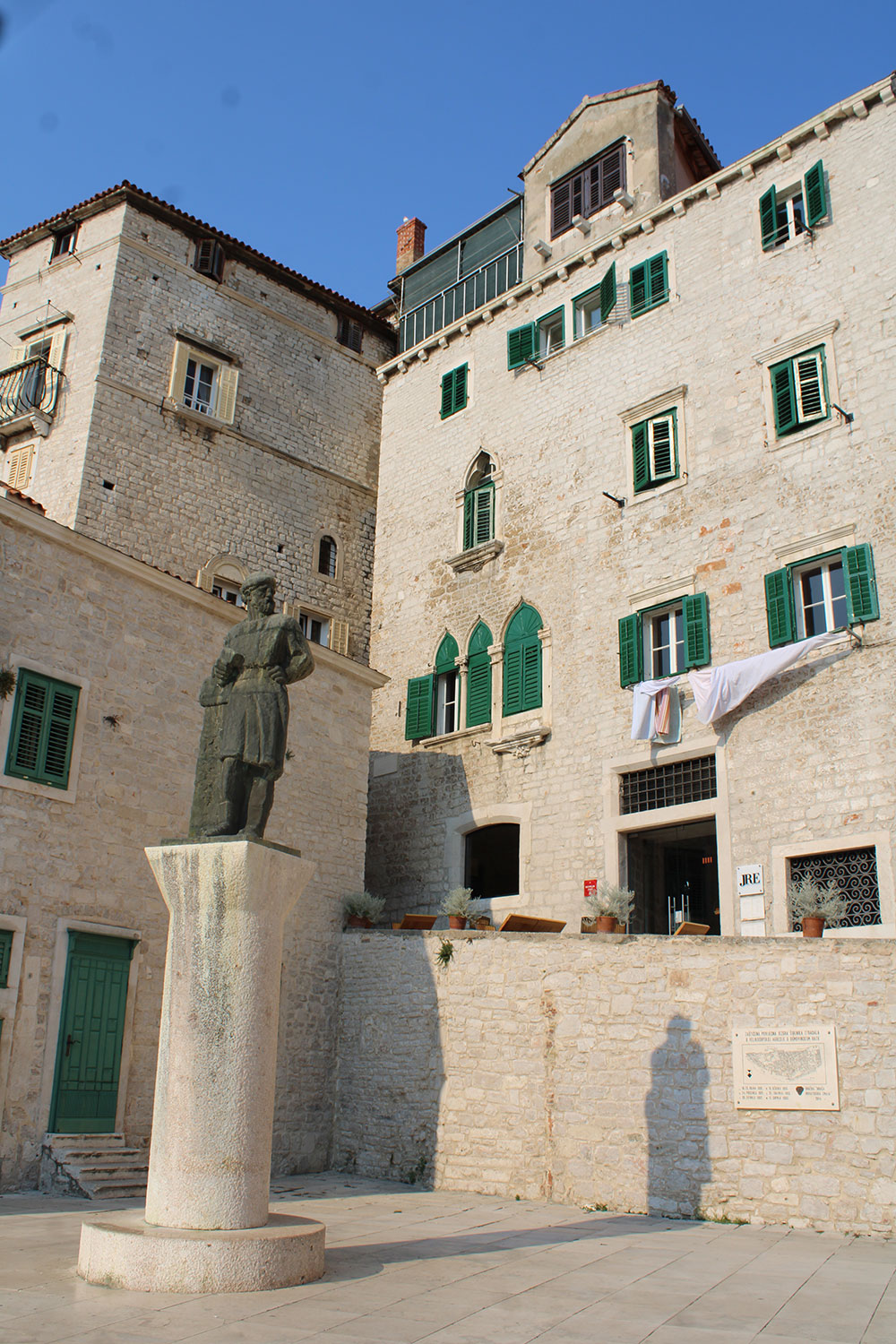 There’s isn’t a lot to “do” in Sibenik apart from wander its old streets and admire the architecture. A lot of it has really cute, unique features like oddly shaped windows, alcoves, decorative stone work. I thought it was super charming because Sibenik is such a small town but with all the architectural gems, it felt like there was so much to see! The big thing to do is climb up to St. Michael’s Fortress to see the views over the city. There’s also Barone Fortress but I didn’t visit. Sibenik also houses the Sibenik City Museum which was closed the day I visited. 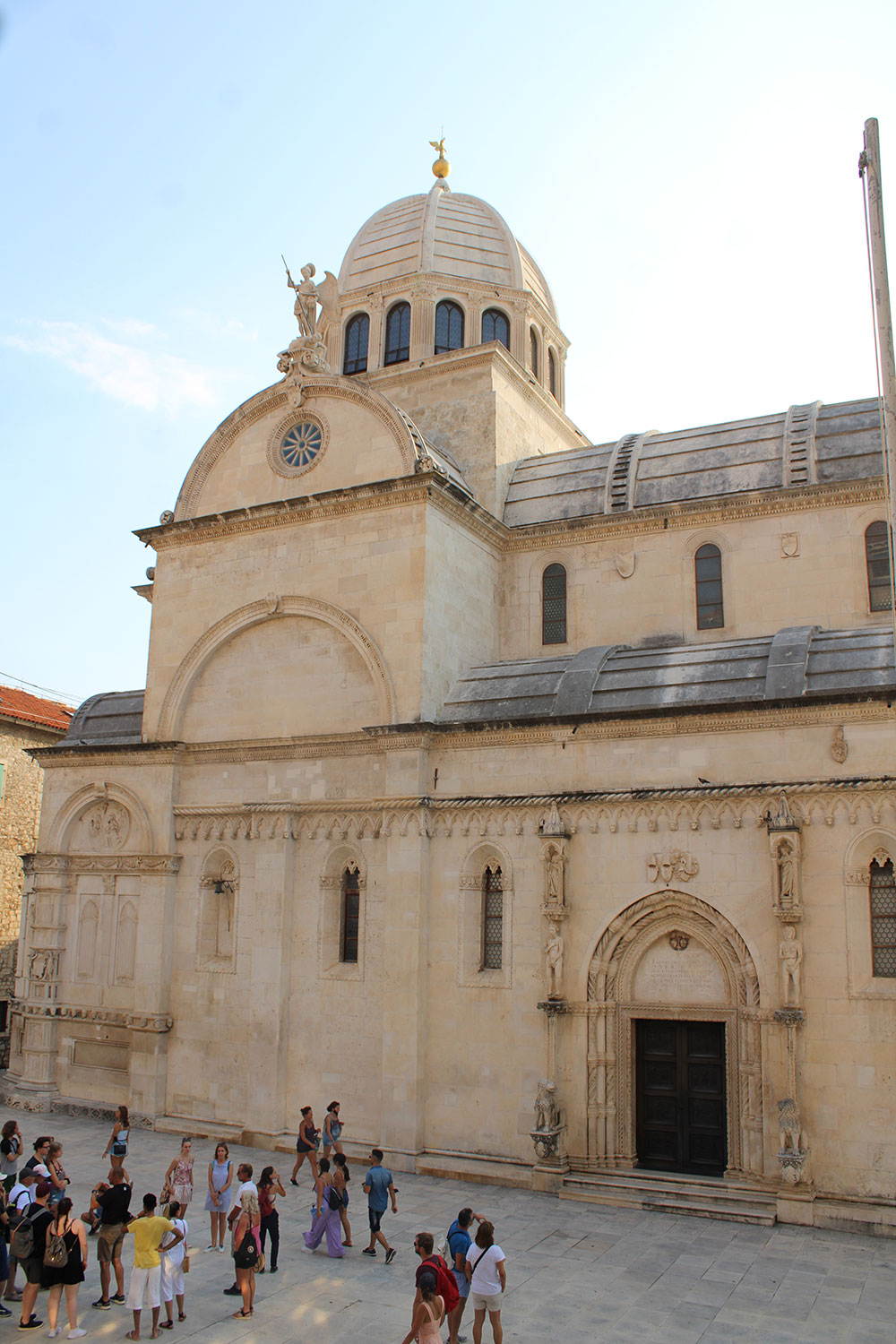 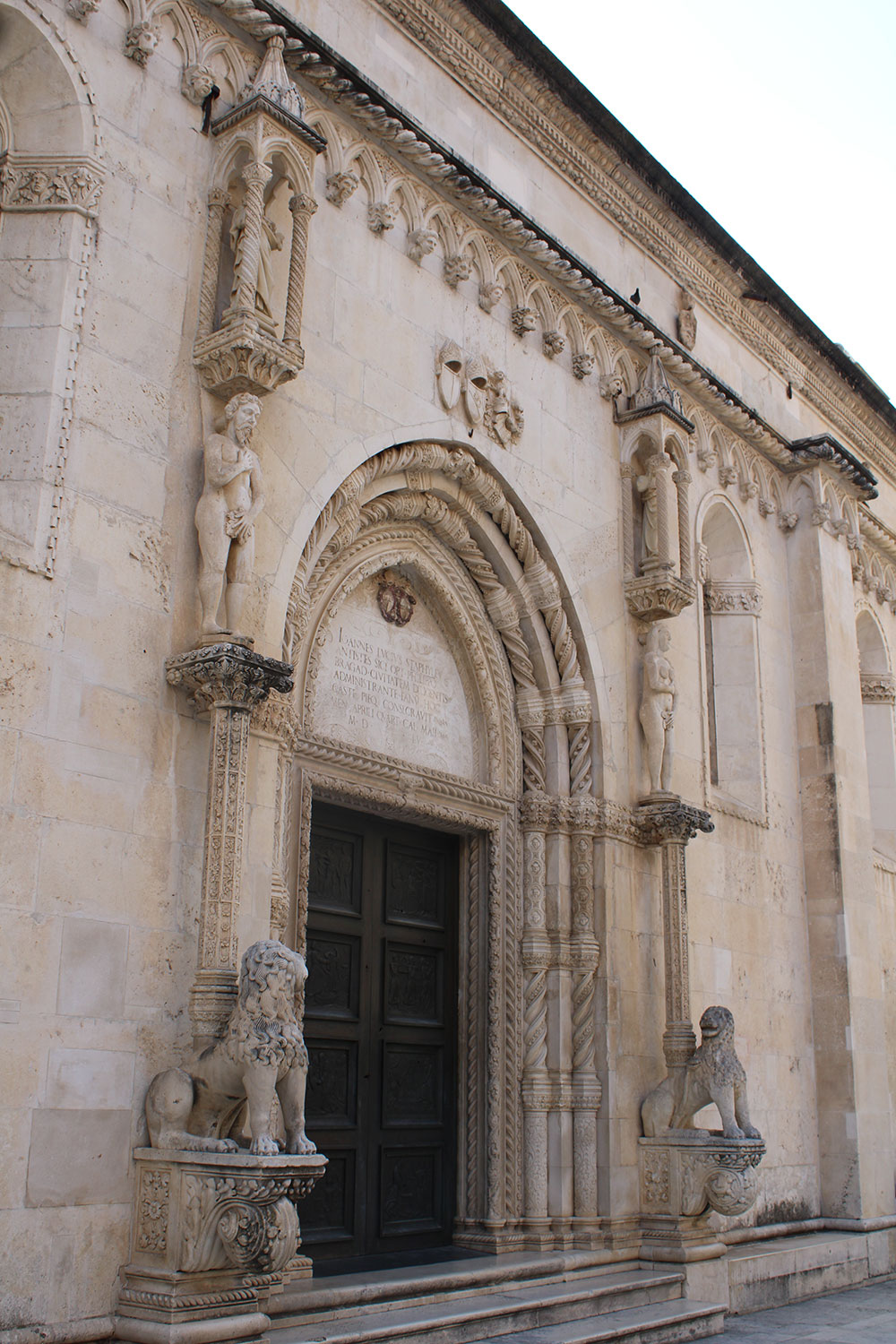 However the most stunning place for me was Sibenik Cathedral of St. James, which is a UNESCO World Heritage Site. Prominently situated in the town, the cathedral is in Italian Renaissance style and was completed in the 15th century. I found the scale of it along with the balance of detailed and bare spaces to be absolutely stunning. You can pay a few Kuna to see the interior, which is also beautiful. Sibenik’s Cathedral ranks amongst one of my own personal favourites. 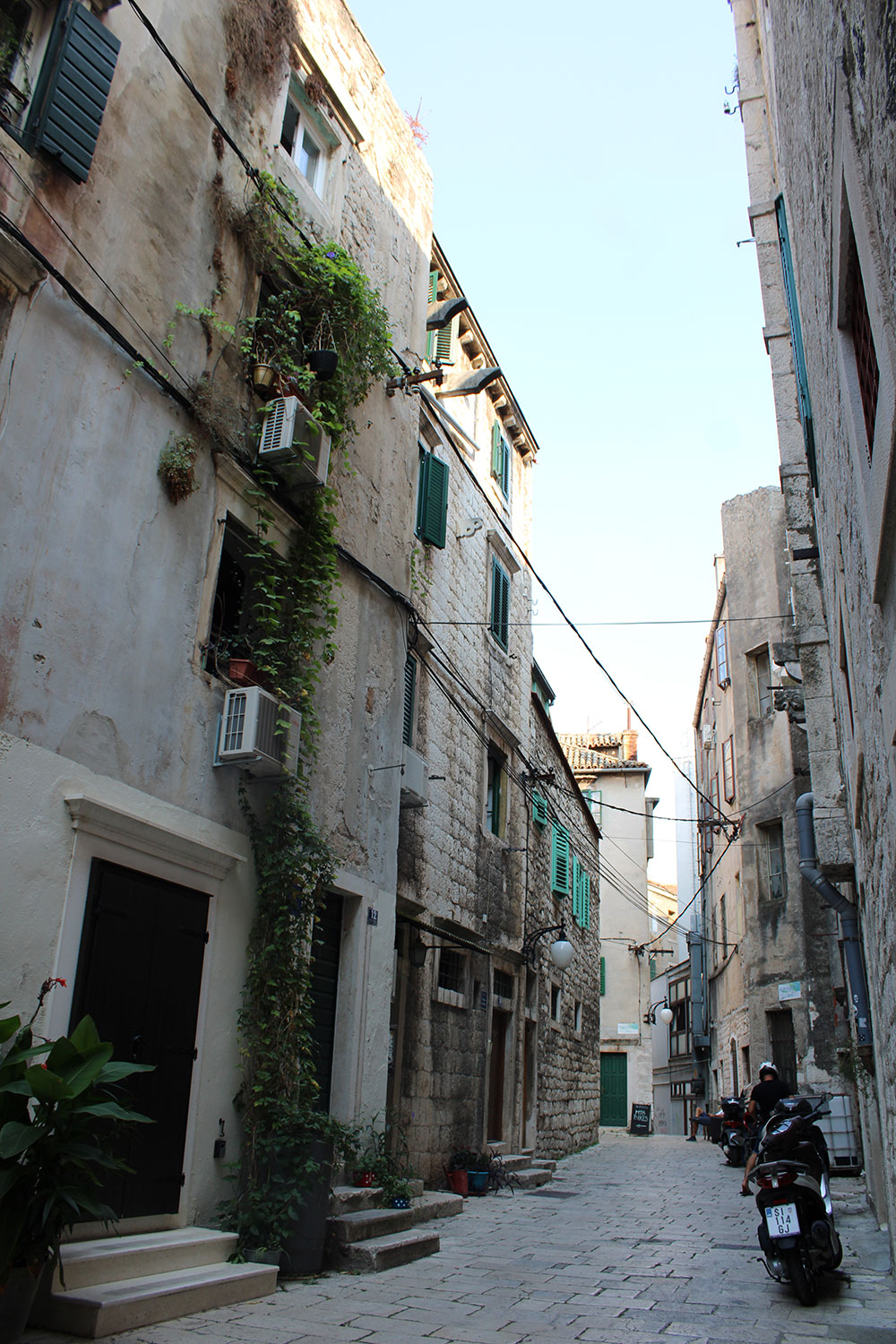 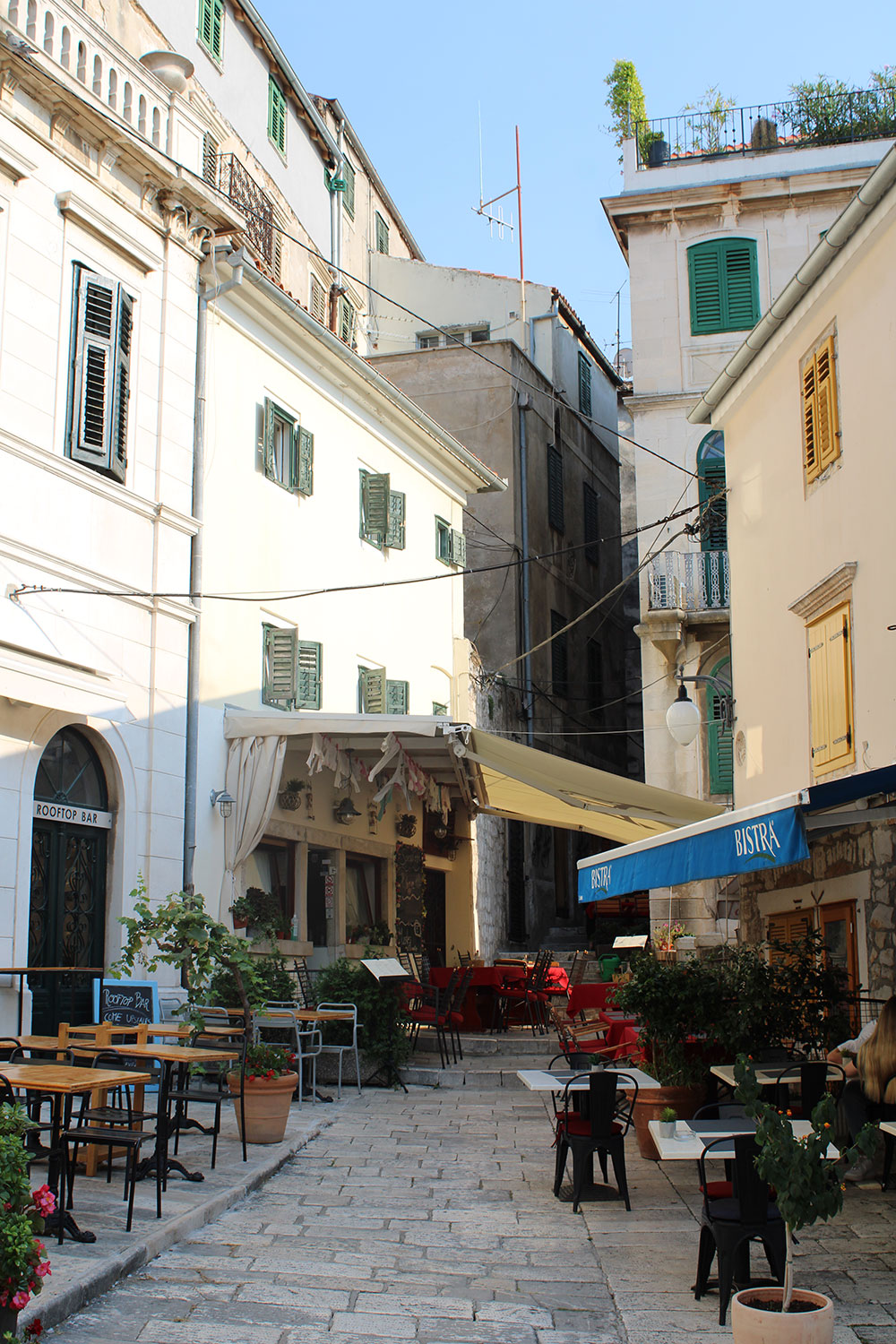 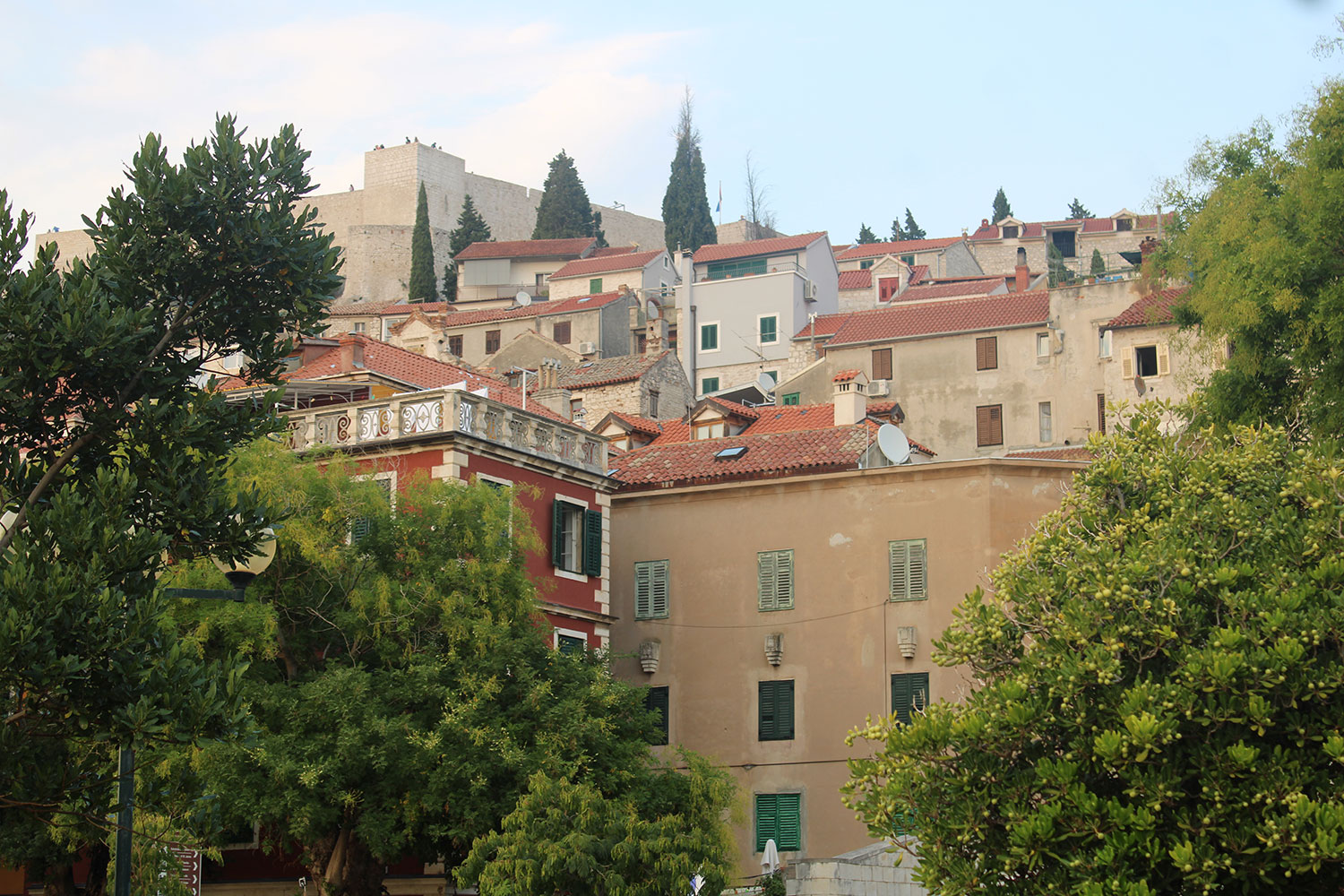 If you like churches, my favourite find was St. Lawrence’s Church. It’s on an unnamed road near St. Michael’s Fortress but you can put Spilja sv. Lovro into your GPS and it should take you there. There’s a small grotto outside and the inside of the church has intricate painting. It’s one of the little gems I found while walking around Sibenik!

You’re also in luck because Sibenik is filled with churches. Some of the ones I noticed more were the Church of St Barbara, Church of St. Chrysogonus (or Krsevan), the New Church, and St. Francis Church. However there are about 14 churches to explore in Sibenik. I got to the town later in the afternoon so I could admire most of them only from the outside. If you’d like to visit the inside, be sure to get to Sibenik earlier in the day. There’s limited information about each church online but the town has markers around that should show you the way to the churches. I also believe there’s a map outside near the St. Francis Church. Or, when in doubt, go to the tourist office. 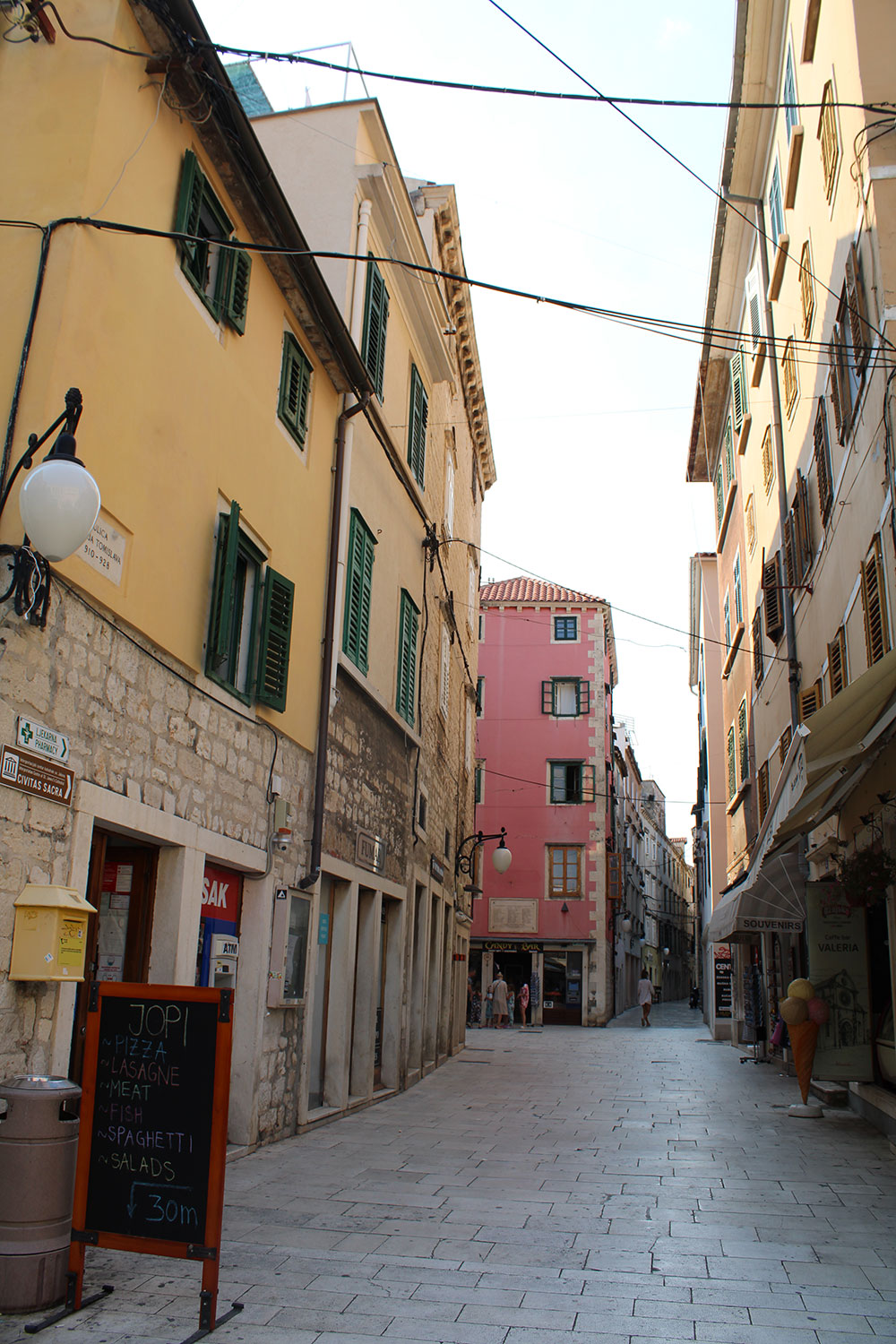 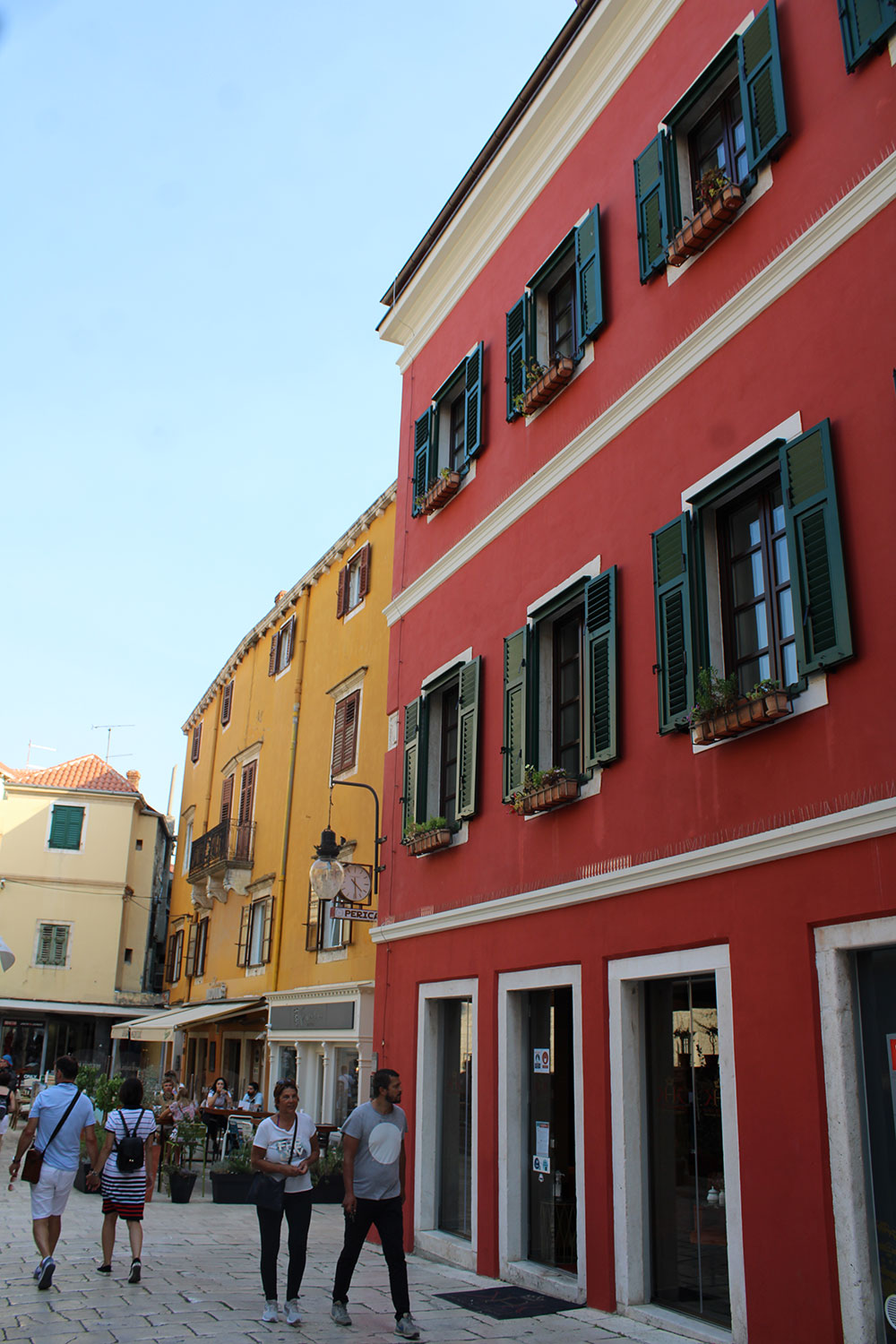 Just like the church, many places in Sibenik are unnamed, so the best thing to do is grab a map (I like using MAPS.ME), wander around its streets, and enjoy the sites. I like to check off streets as I go so I can be sure to cover as much ground as possible. I spent about three hours there, which was enough for me to peruse the area and grab something to eat. I go fast. Most people will probably want a bit more time and might want to go earlier in the day when more places are open.

Sibenik’s also a bit of a sleepy town. There are quite a few places to eat, fewer places to shop, and most buildings are private residences or offices. Even though it’s considered a coastal town, it’s on the coast of a bay, not the Adriatic Sea. In consequence, water sports aren’t really popular from Sibenik town as they are from places like Korcula and Hvar. You’ll have to go a bit out of the way if you’re looking to hit the waves. 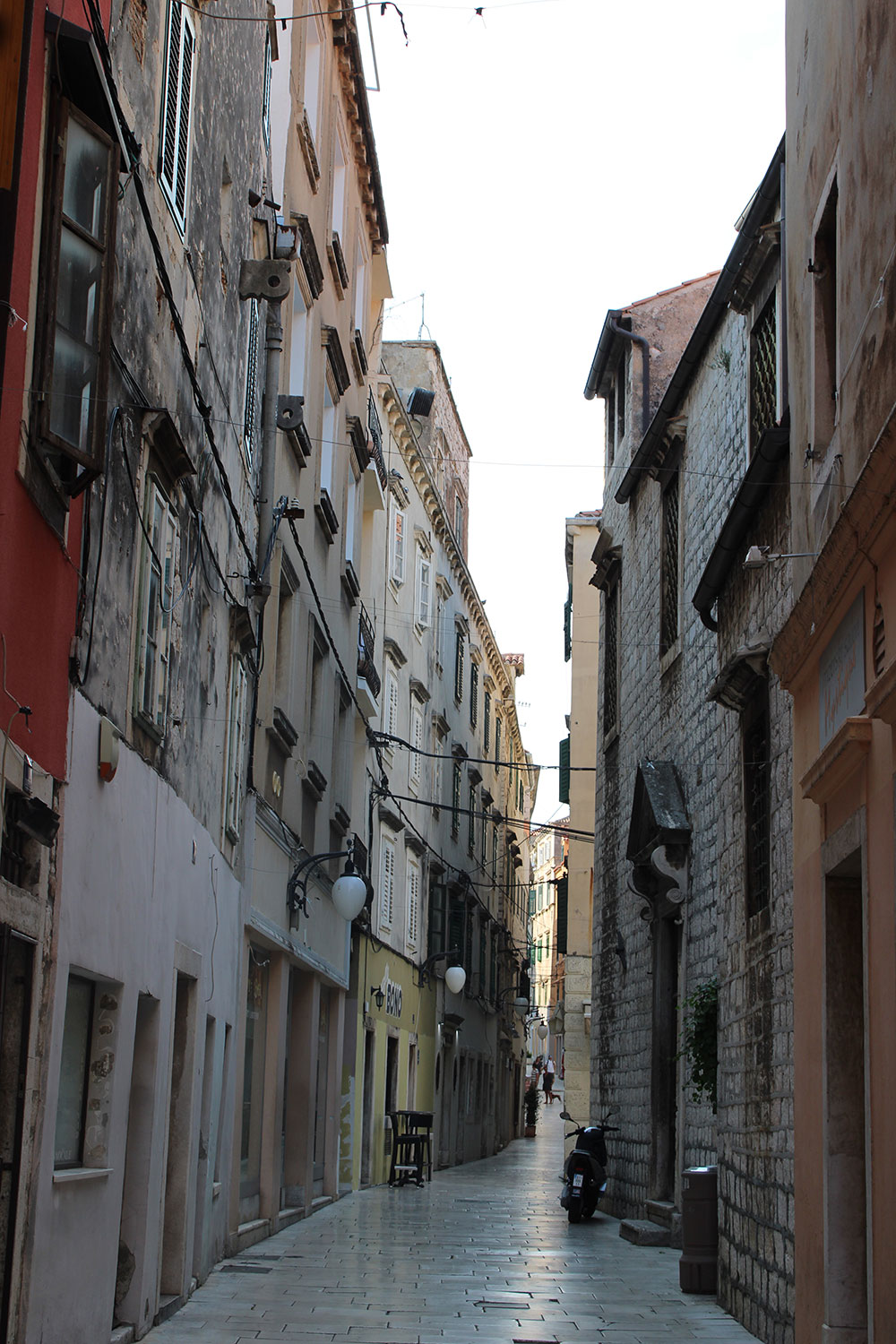 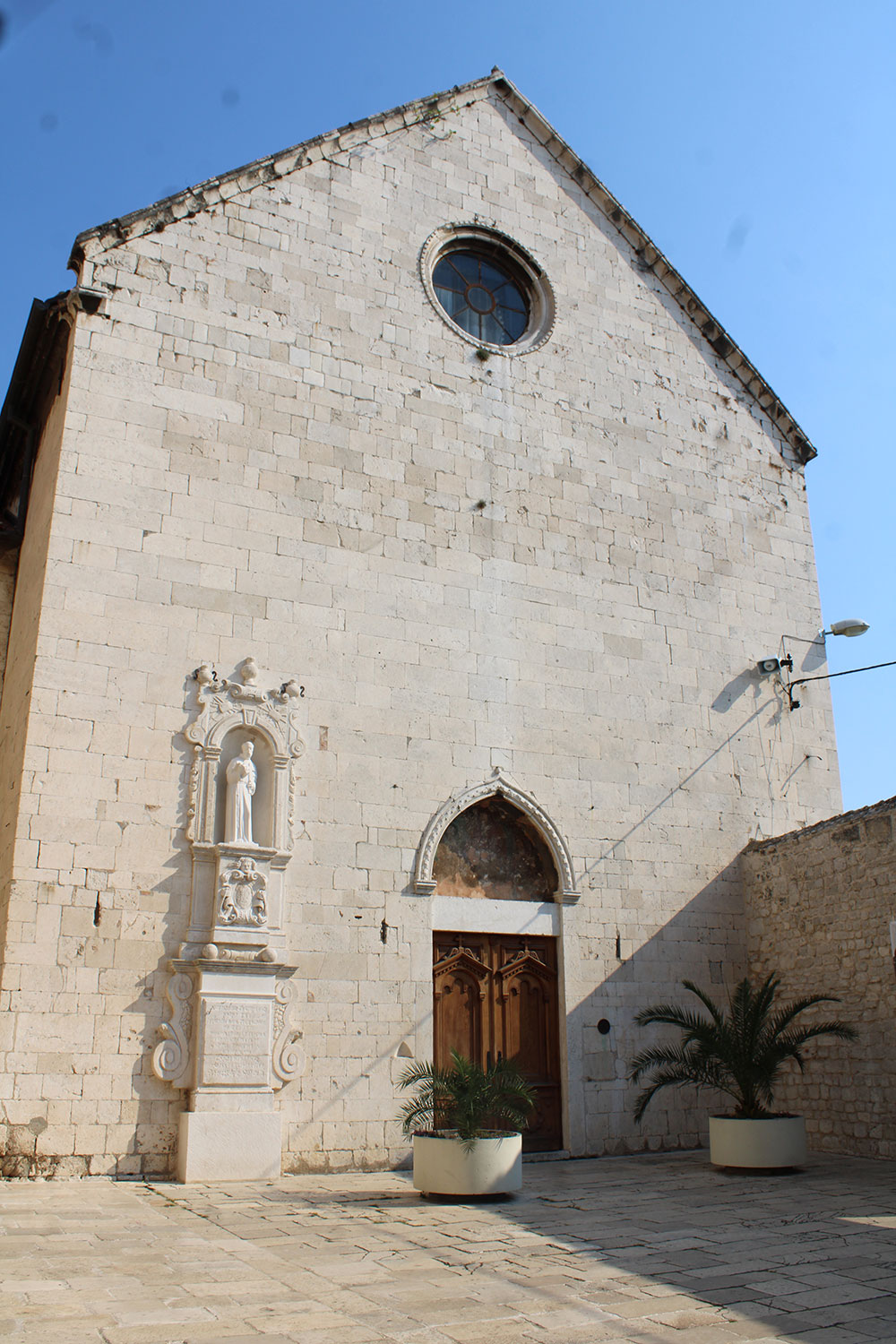 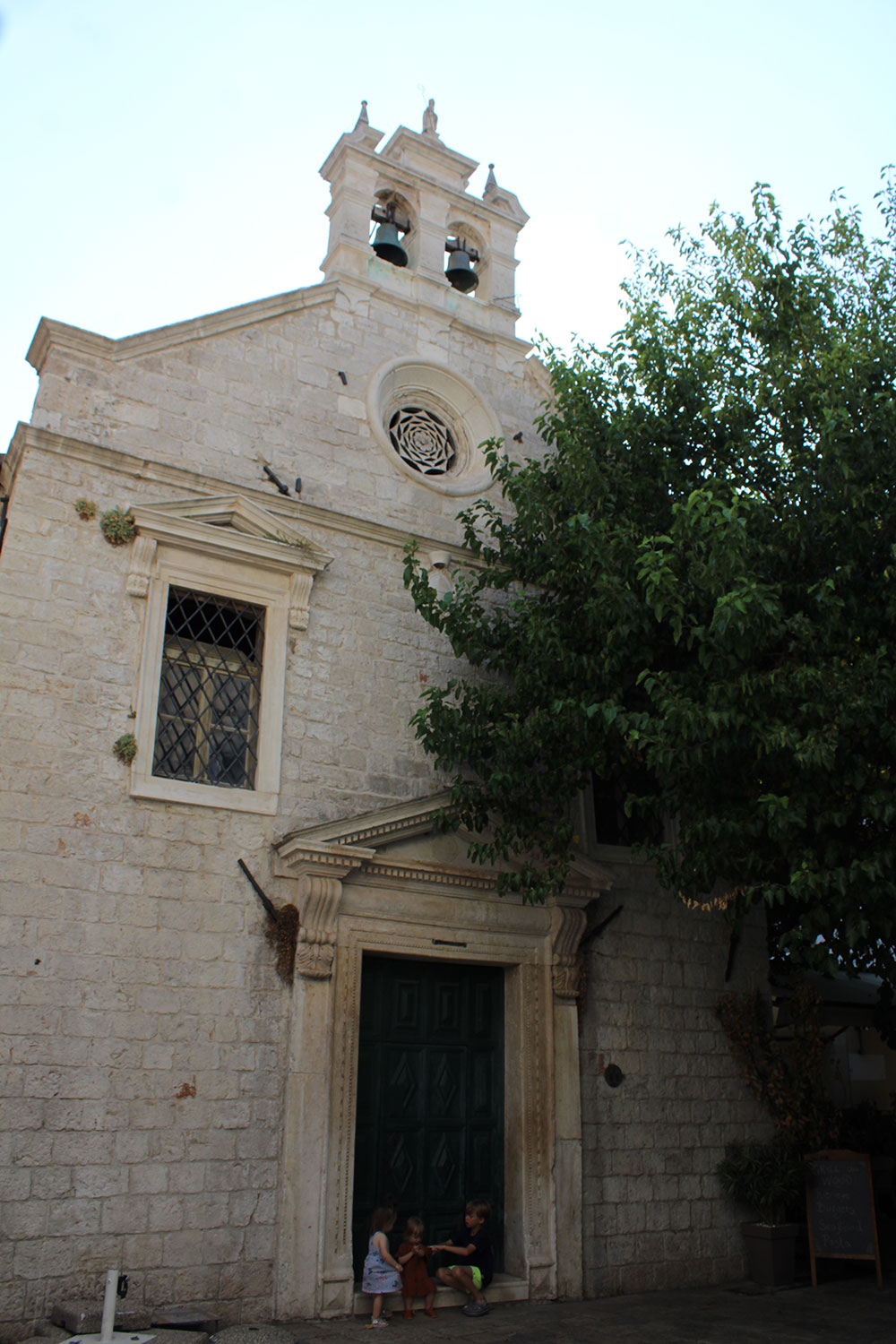 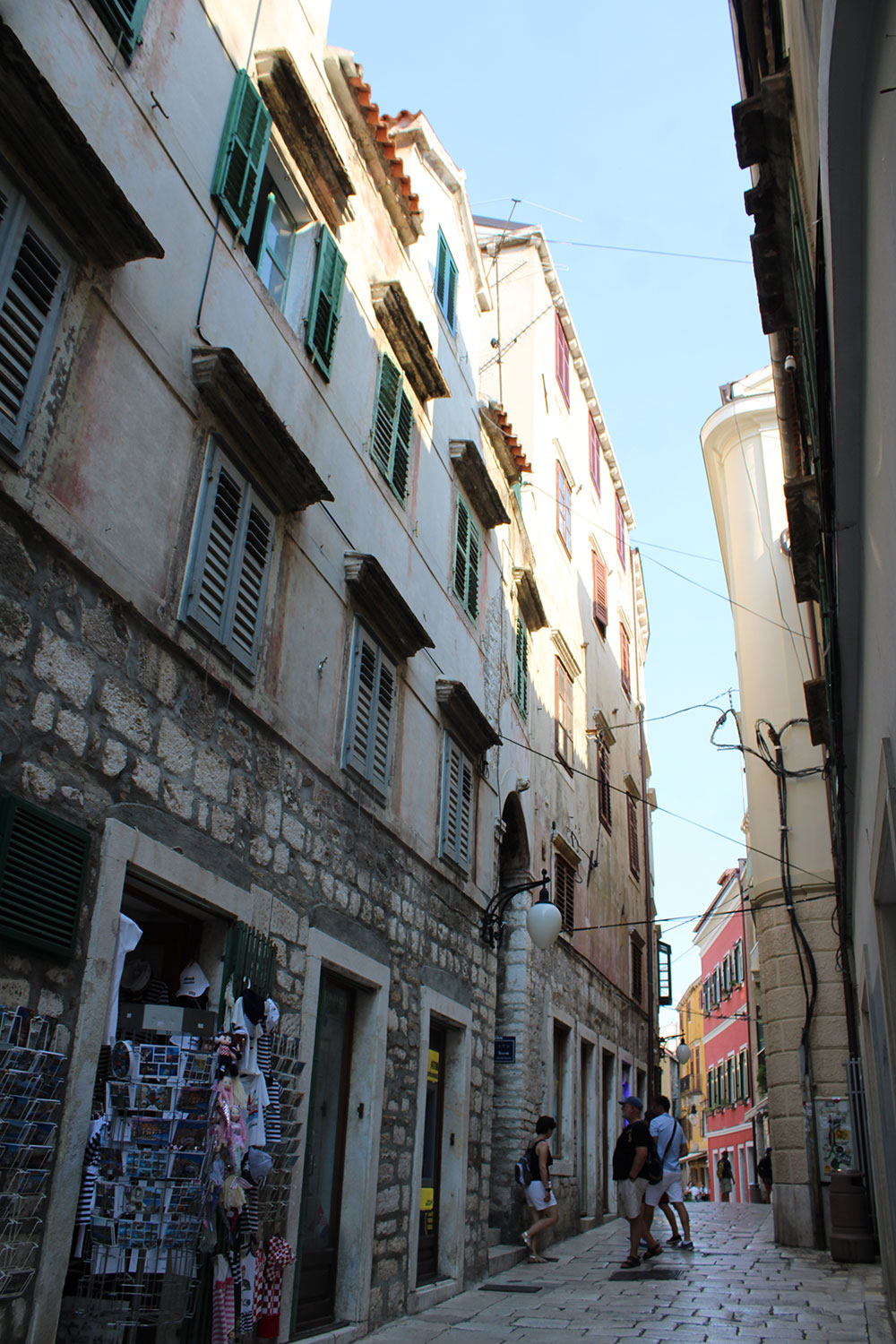 I normally don’t post about places that are very small and don’t take up much of a blog post, but Sibenik was way too cute for me to not highlight it in its own post. If you’re in Croatia, this gem is definitely worth at least a few hours of your time. Make sure to put it on your Croatia bucket list.

Have you ever been to Sibenik? What did you think?

1 Comment on "Exploring the Small Town of Sibenik, Croatia: Things to Do & Travel Guide"