An Overview of Gettysburg History

Gettysburg, Pennsylvania was founded in 1761 and named after its settler, Samuel Gettys. It became a sizable town over the hundred years between its founding and the battle that made it famous. The Gettysburg Railroad Station opened in 1858 and the town became a great place for business. But that’s not the history people are typically interested in. 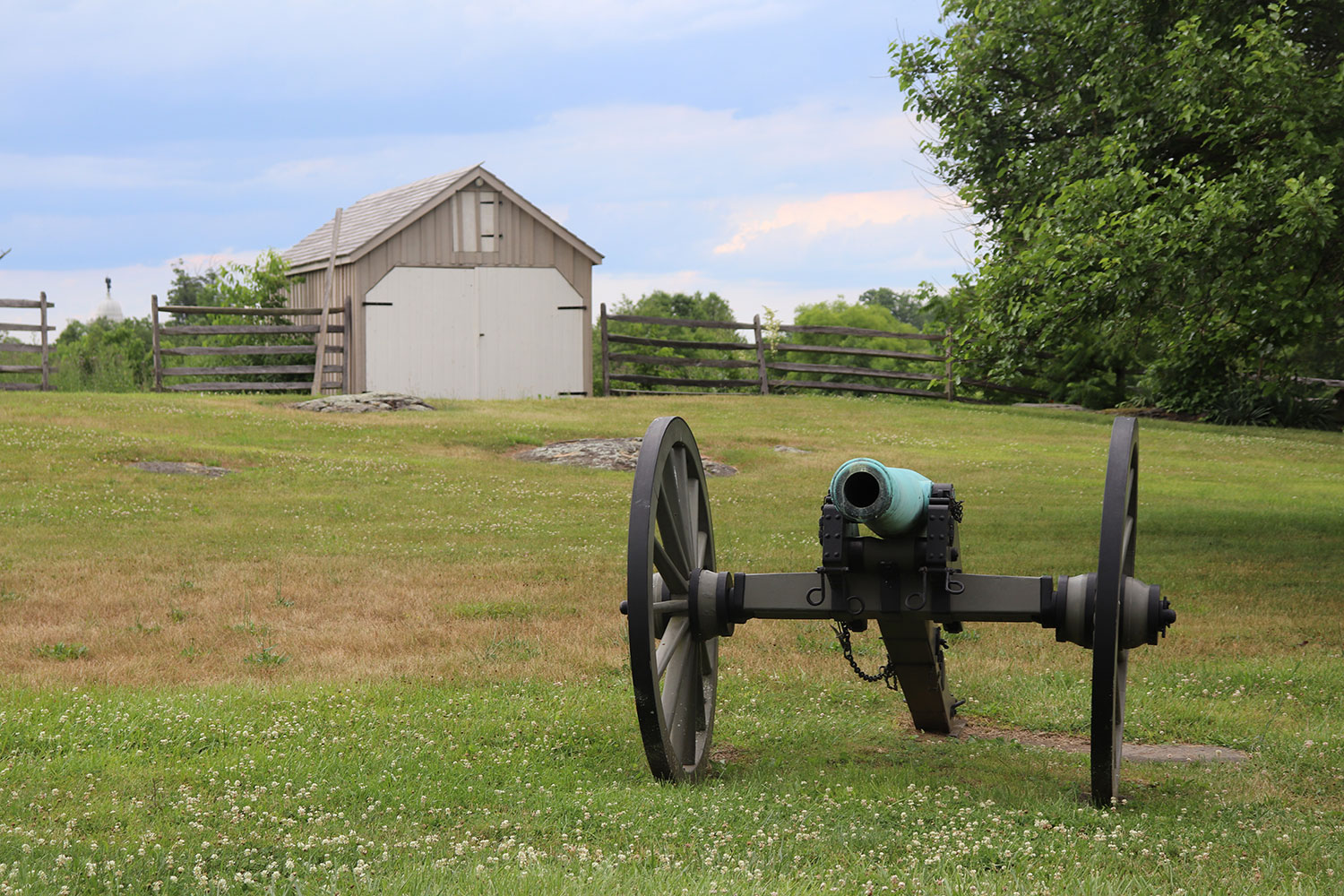 When the Civil War broke out in 1861, the fighting was focused in the South. Battles were below the Mason-Dixon line and the South were mainly victorious. In 1863, it was a smart idea for the Confederate Army to move north into Pennsylvania (above the Mason-Dixon line). They thought that if they could go into the then-smaller United States and fight battles on that land, they’d have a better chance of ending the war, and with victory. It makes sense, right? Gettysburg was near the border and not a major city like Washington, DC, which would’ve made an obvious target. Union troops did get word that the Confederates were moving south so they marched into town on June 30th, even though the town’s residents did not know what would happen the next day.

On July 1st, one of America’s bloodiest battles was started. Though much of the fighting occurred in the surrounding countryside, it did spill into the streets of the town. The South did appear to win at first, but the North was able to fetch much-needed backup. They were able to create a barricade strong enough that the Confederates declared defeat of the battle two days later on July 3rd. The North had won. About six thousand men were killed over those three days, and dozens of thousands were injured. 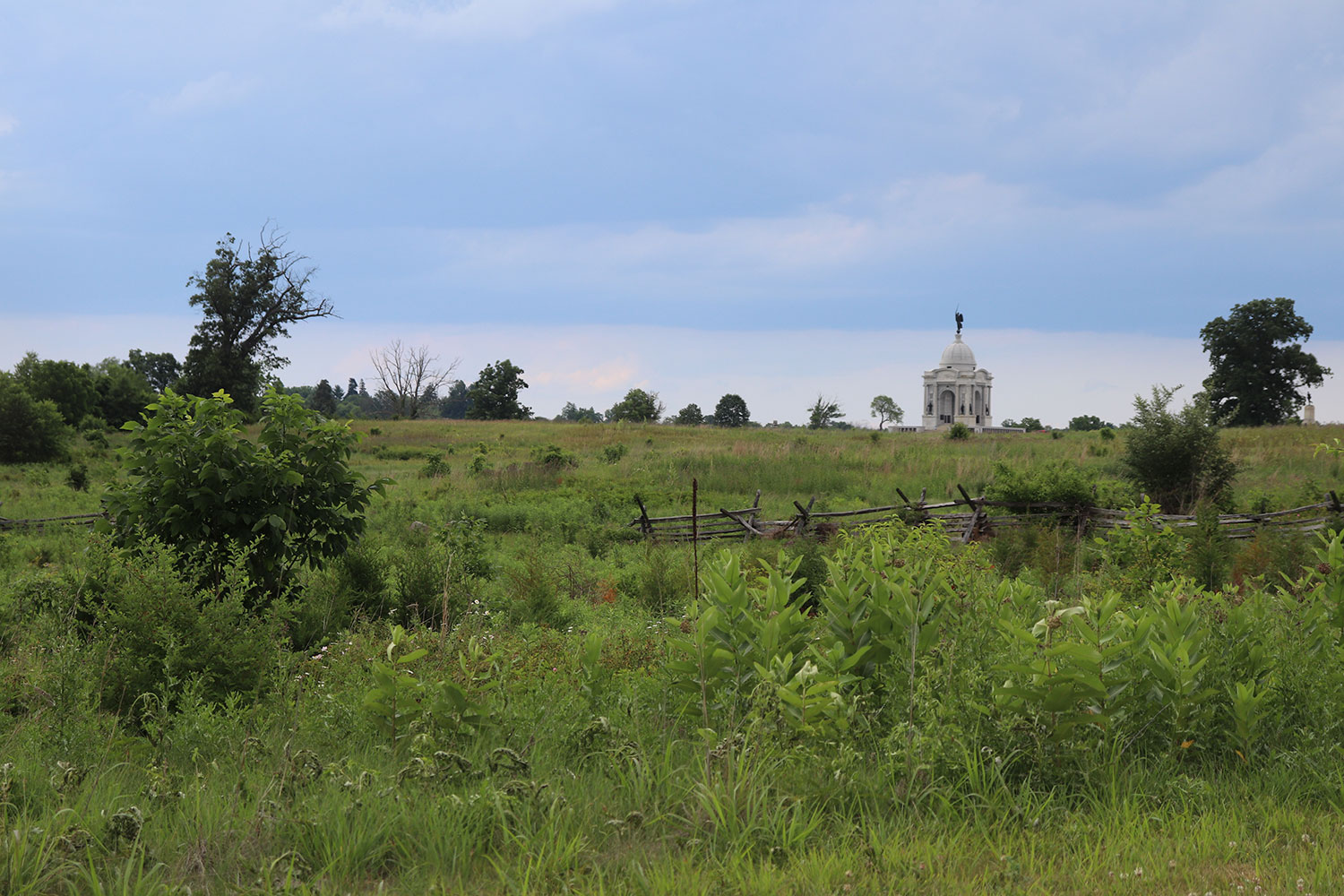 Imagine living in this Northern town, feeling safe, then one day there’s a battle going on and people are amputating limbs on your kitchen table. Crazy! Not to mention being a soldier in a heavy uniform in the middle of summer. It gets insanely hot and humid here in the mid-atlantic.

Gettysburg is also famous for being the site of Abraham Lincoln’s Gettysburg Address, given November 19, 1863. It’s the one that famously starts, “Four score and seven years ago…” (a score is 20). It’s a short speech of motivation for the Union and can be read here.

The town of Gettysburg was profoundly changed by these events and to this day, the battle doesn’t just linger there. It lives with a full presence. However the battle did sincerely change the face of the war. Imagine what would’ve happened if the Confederates had won in the north and were able to take down the Union Army. It really is one of the most important events and locations in American history.

Things to Do in Gettysburg Today

The Battle of Gettysburg happened over 150 years ago but the town still revolves around that moment in history. There’s really no escaping it when you visit Gettysburg. It’s like a huge museum! Buildings that were standing in July 1863 are all clearly marked with plaques so you can see what is new and what is old.

The main place you’ll want to visit is the Gettysburg Museum & Visitors Centre. This is an excellent museum with a plethora of artefacts and information about the Civil War and the Battle of Gettysburg. This should be your first stop since you’ll learn the most here. They have an option to watch a video on the Battle of Gettysburg, which provides a general overview of the battle. This is great for people who don’t know much about the battle. However, for everyone knowledgeable and not, the video ticket also includes access to the Cyclorama, which is a 360 degree painting done for the 50th anniversary of the battle (if memory serves me right). It’s a beautiful painting and in general, it’s rare to see one of such size. The museum put together a light and sound experience for the painting so you can get an idea of what it was like to be on the battlefield. It’s a few dollars more for the video and Cyclorama but it’s worth the experience. There is a similar Gettysburg Diorama experience also available. 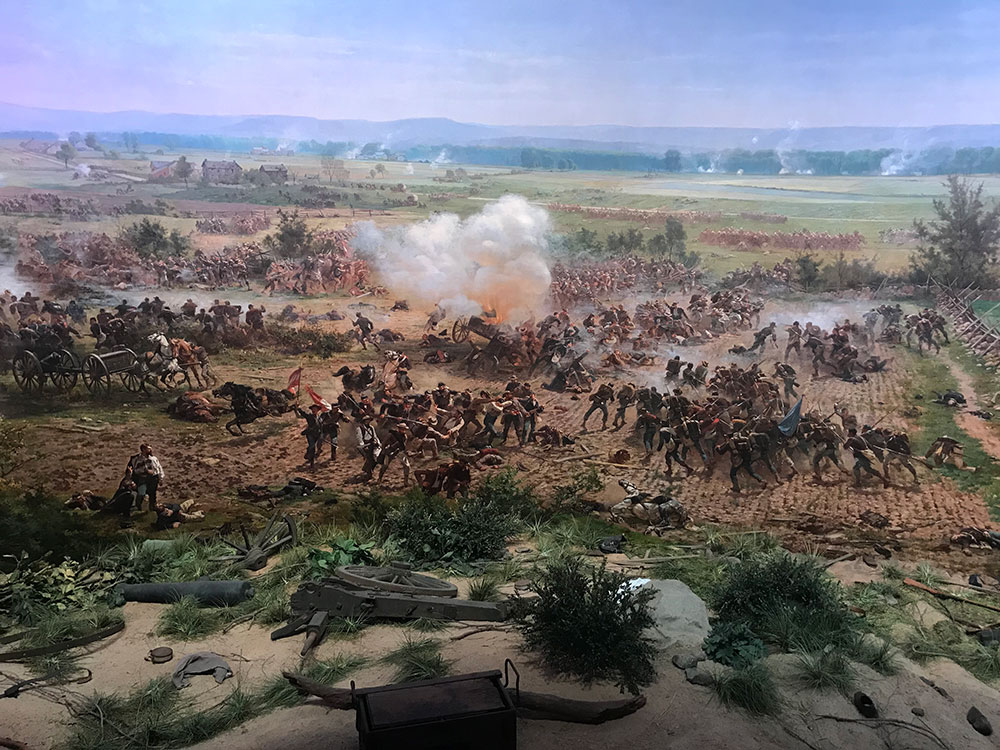 Of course, you’ll probably also want to see the battlefield. It is a little boring since it’s, quite plainly, fields with some monuments. It’s also very huge. You can pick up a map from the visitors centre or download one online. Again, it is huge so do not plan on walking this puppy. If you don’t mind self-guided tours, it’s an easy drive. That’s of course free! You can also opt for a bus or car tour from the visitors centre, which costs more money. It’s all up to whether or not you want someone to narrate your tour.

If you have to visit one place, make sure it’s Gettysburg National Cemetery. This is where Abraham Lincoln gave his famous Gettysburg Address. There’s a monument for it there. 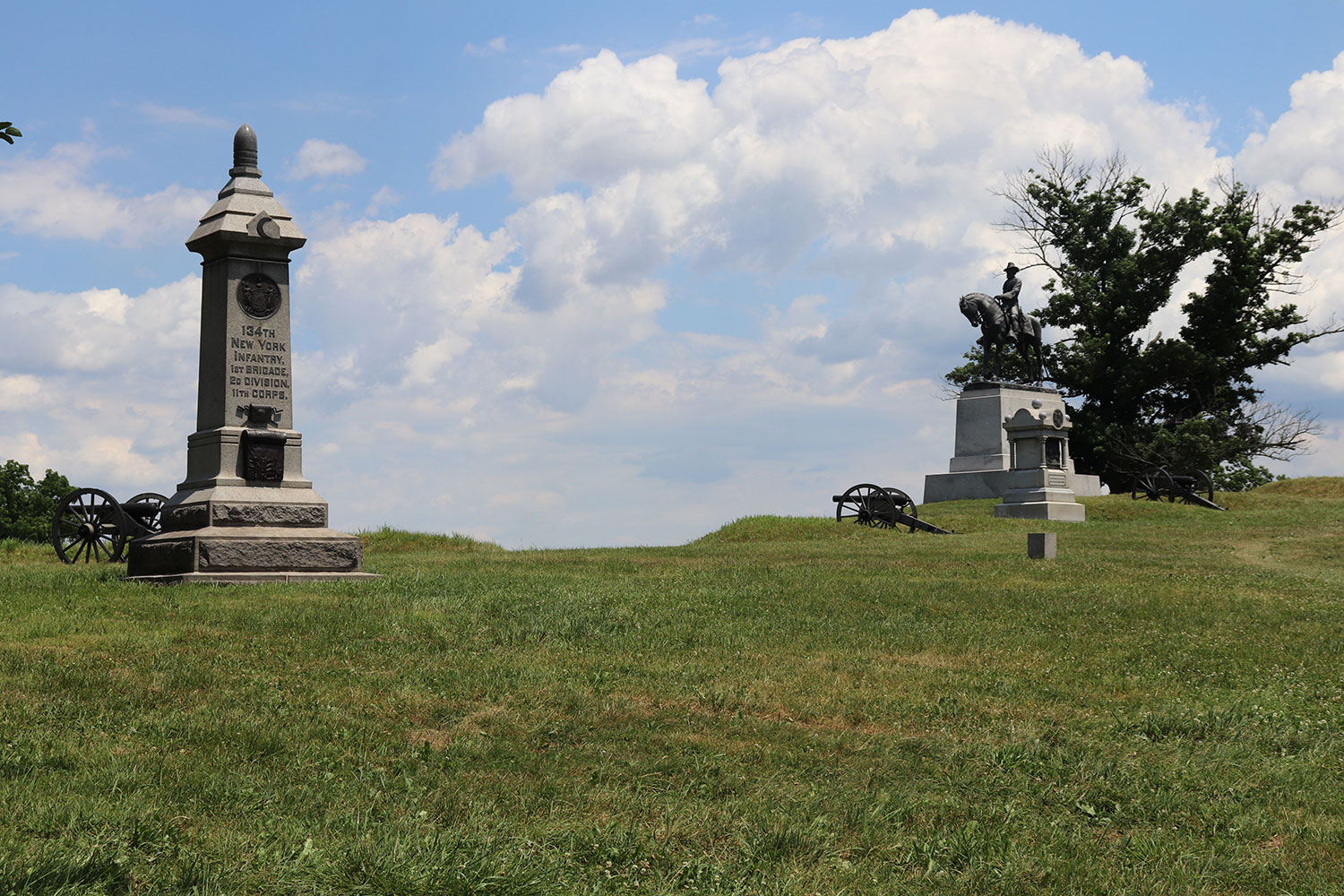 And if you’re really interested or maybe want a more hands-on experience, there is of course a Battle of Gettysburg Reenactment every year.

While the visitors centre has an amazing collection, there are other places to learn more about the battle as well. The Seminary Ridge Museum is located in an old seminary that was used as a hospital during the battle. It’s located in an area central to much of the fighting. Though there is some interesting information there, it is much more limited in what it shows you. There is a cupola at the top for fantastic views, though it’s about $20 extra. There’s also the Gettysburg Museum of History which is a collection of different artefacts from the Civil War and subsequent wars. For some more info on the Gettysburg address, you can visit the David Wills House, where the address was penned. 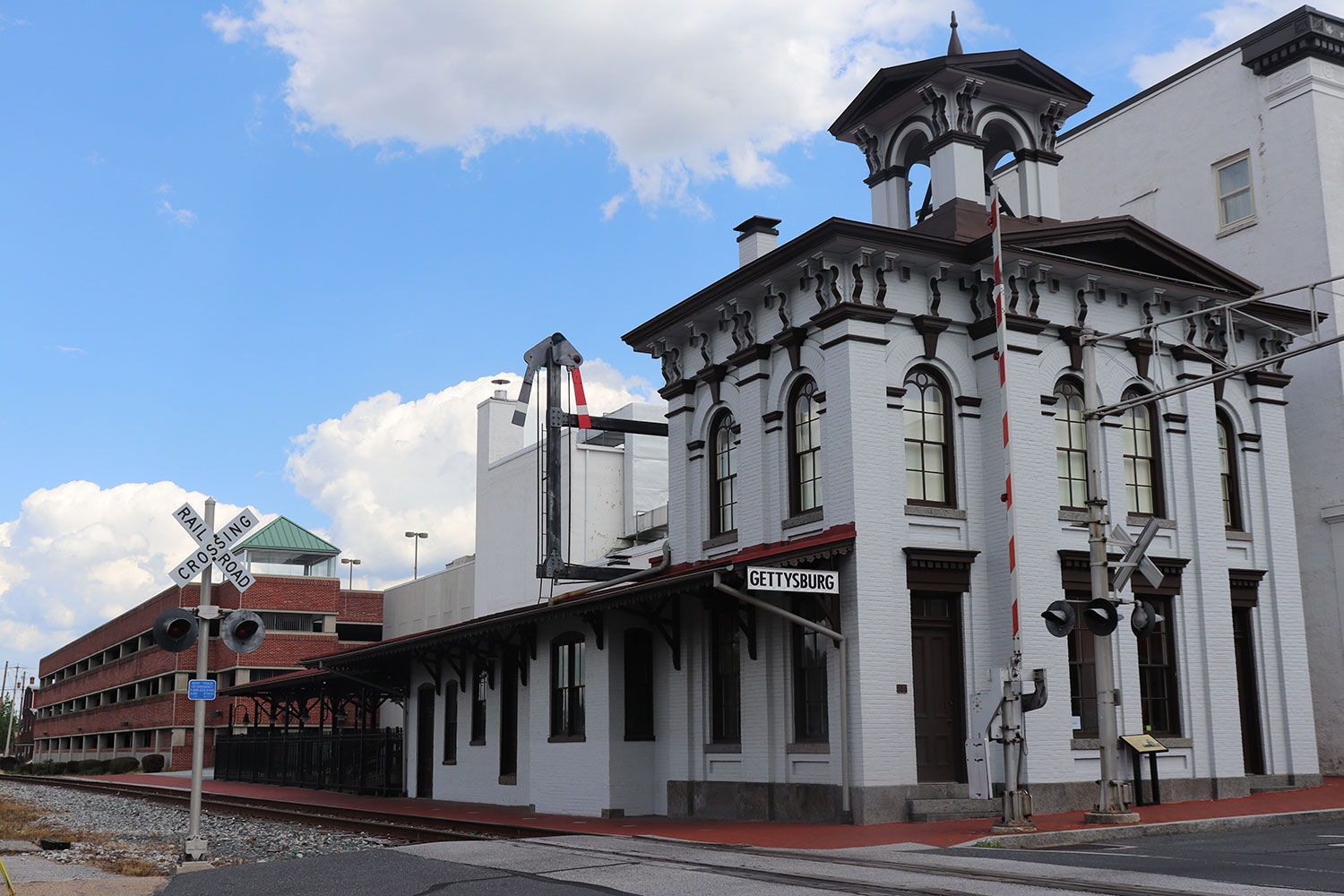 For more personal stories, there are a few house museums. I visited and enjoyed the Shriver House Museum, where you can see a Civil War era house and learn about a family affected by the battle. You can also visit the Jennie Wade house. Jennie Wade was the only civilian to die during the Battle of Gettysburg. For more on the civilian experience of the Civil War, visit the Rupp House. 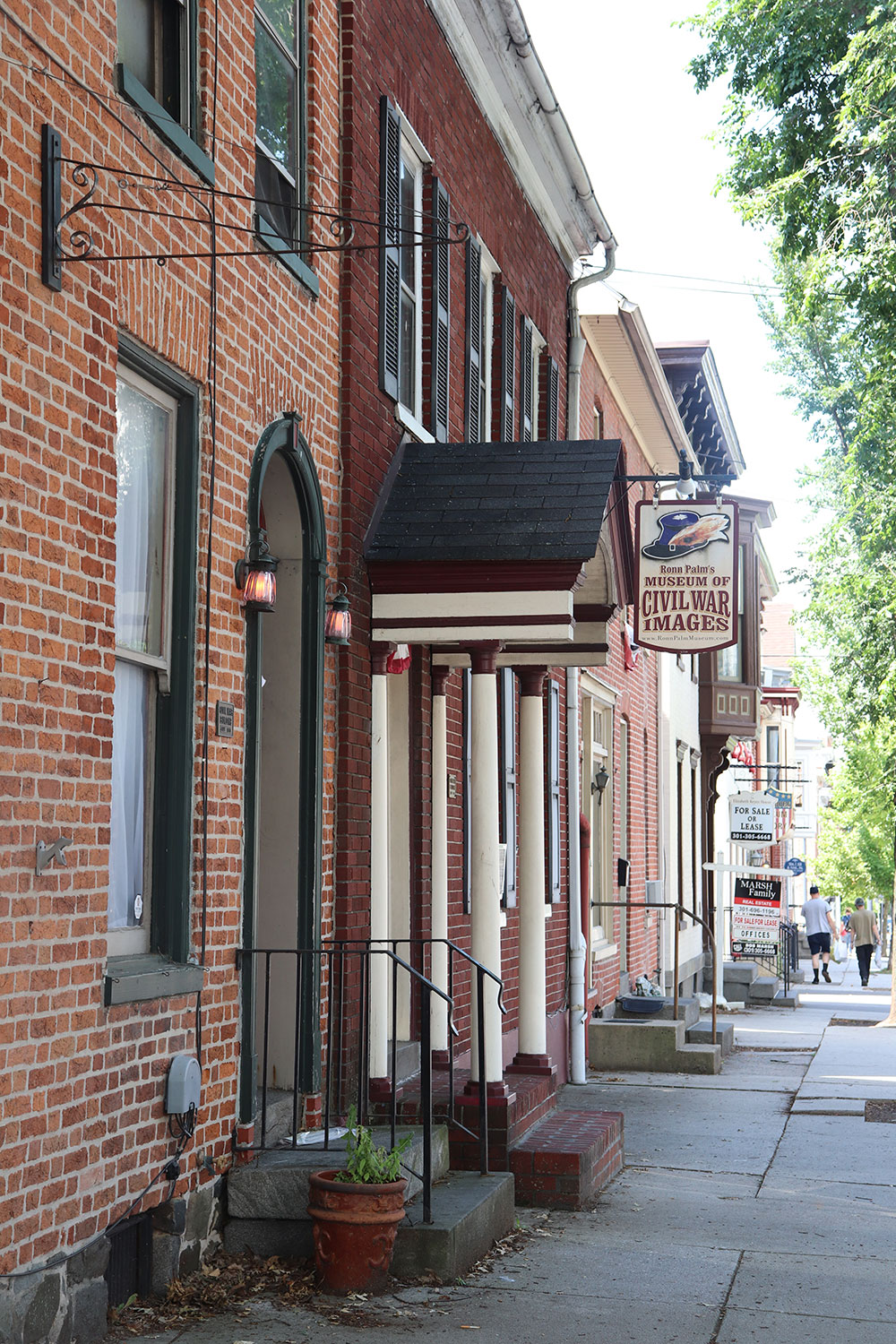 Believe it or not, there’s still so many more small museums to visit, but these are the highlights.

Here’s an interesting oddball: in Gettysburg, you can also visit Dwight D. Eisenhower’s house that he lived in after leaving the presidency. 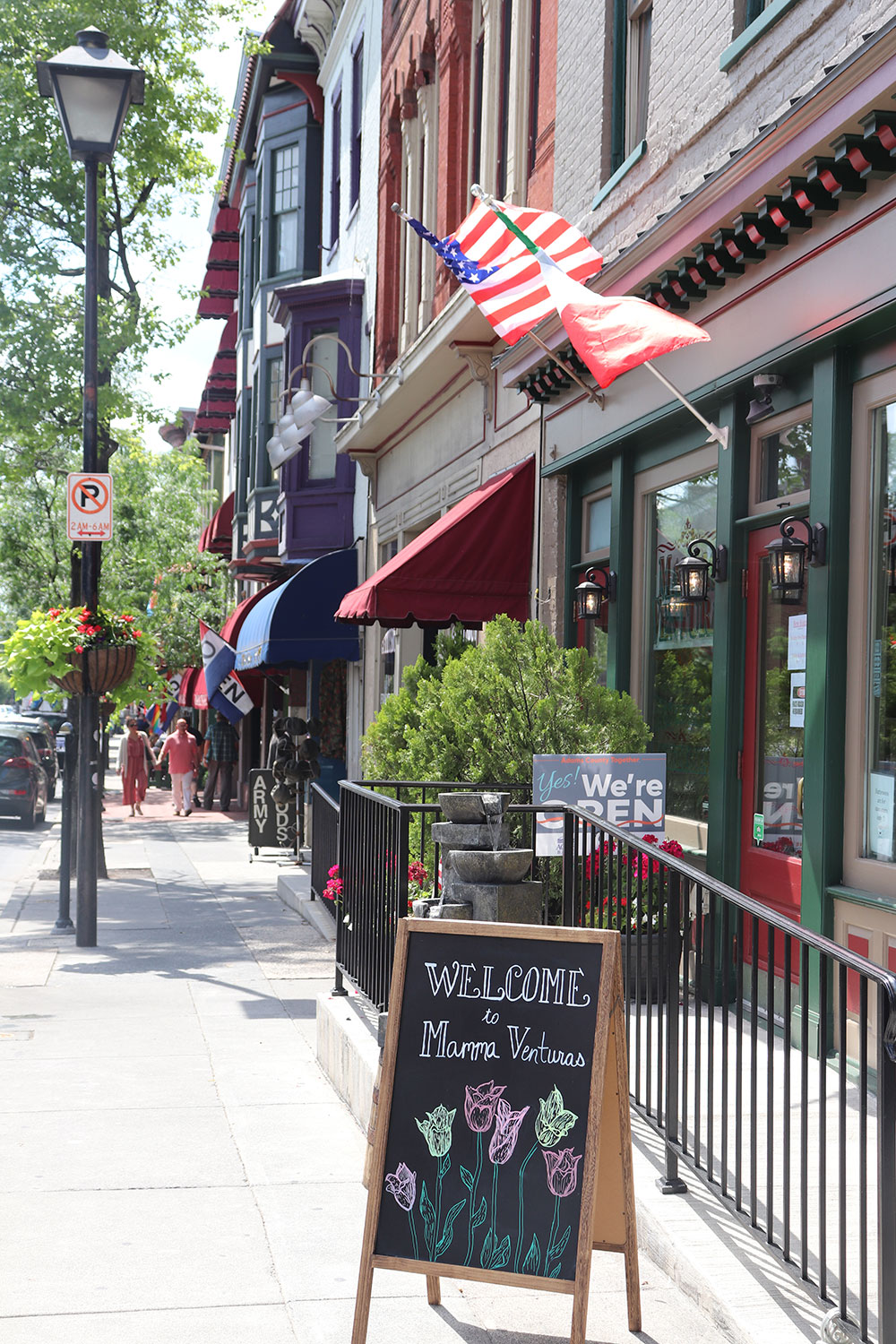 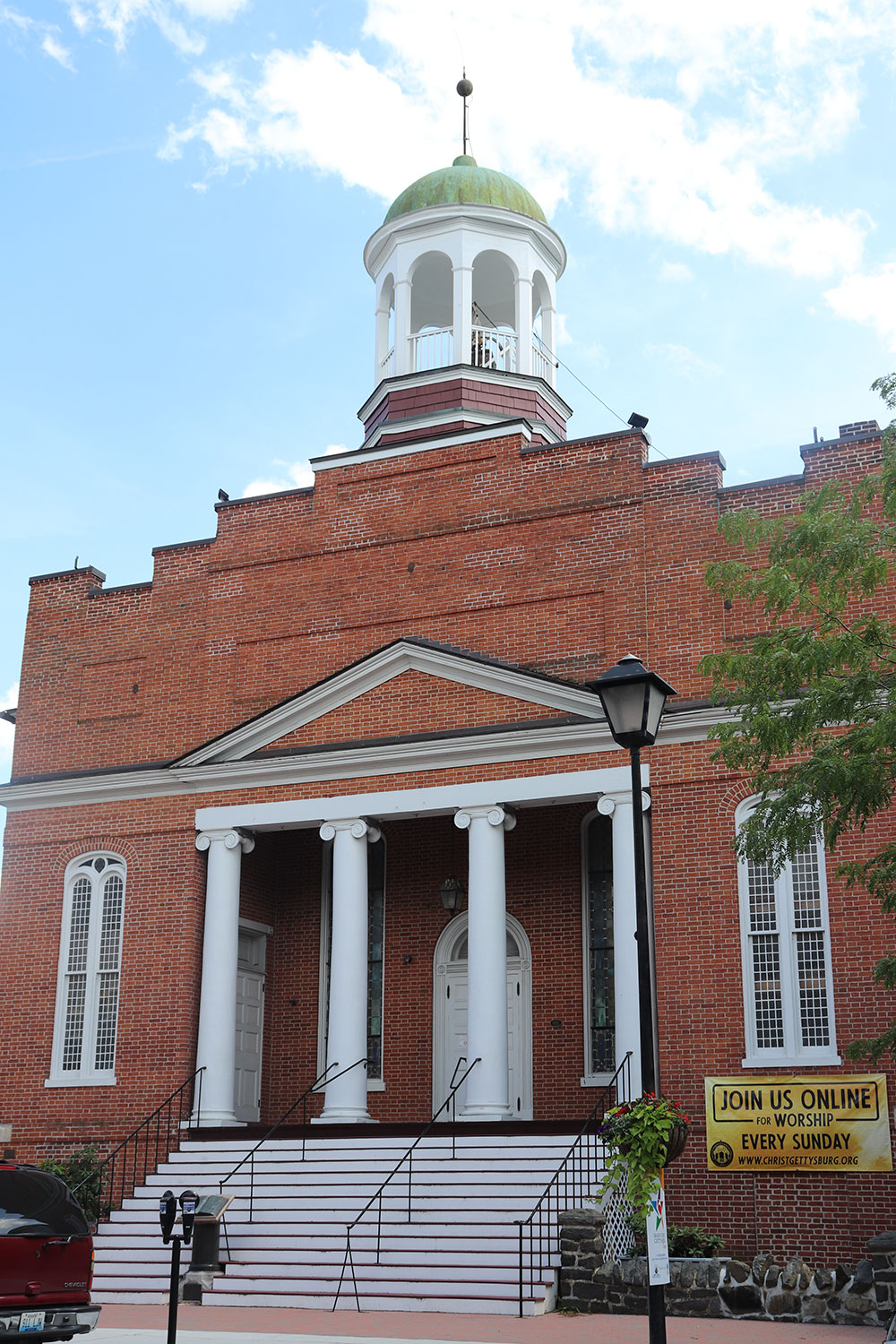 The town itself is a college town. You’ll find a lot of place to find antiques but also many local restaurants and bars to eat and drink at. There’s also a decent amount of shopping.

Gettysburg is a fantastic destination if you want to learn a bit more about history and the Civil War. No previous knowledge is necessary since museums will definitely fill you in on what the Civil War was about and what happened during those three days in Gettysburg in 1863. You don’t even need to be interested in all the details, bits and pieces of Gettysburg since you can just pick and choose what you want to see. If you are more interested, you can accomplish a lot in a day but may need two if you want to see everything. However, while Gettysburg is a great destination for Civil War history, it’s honestly not a fantastic destination for any other reason. There are great places to eat and drink, and lots of antique shopping, there’s not much to the town other than the Battle of Gettysburg. They bank heavily on that part of their history and even with restaurant names like Blue & Gray, Lincoln Diner, and Mason Dixon Distillery, it’s really hard to escape that. In very curt terms, if anything in those post sounds interesting to you, Gettysburg may be worth a visit. If not, skip it. Have you ever been to Gettysburg? What did you think? 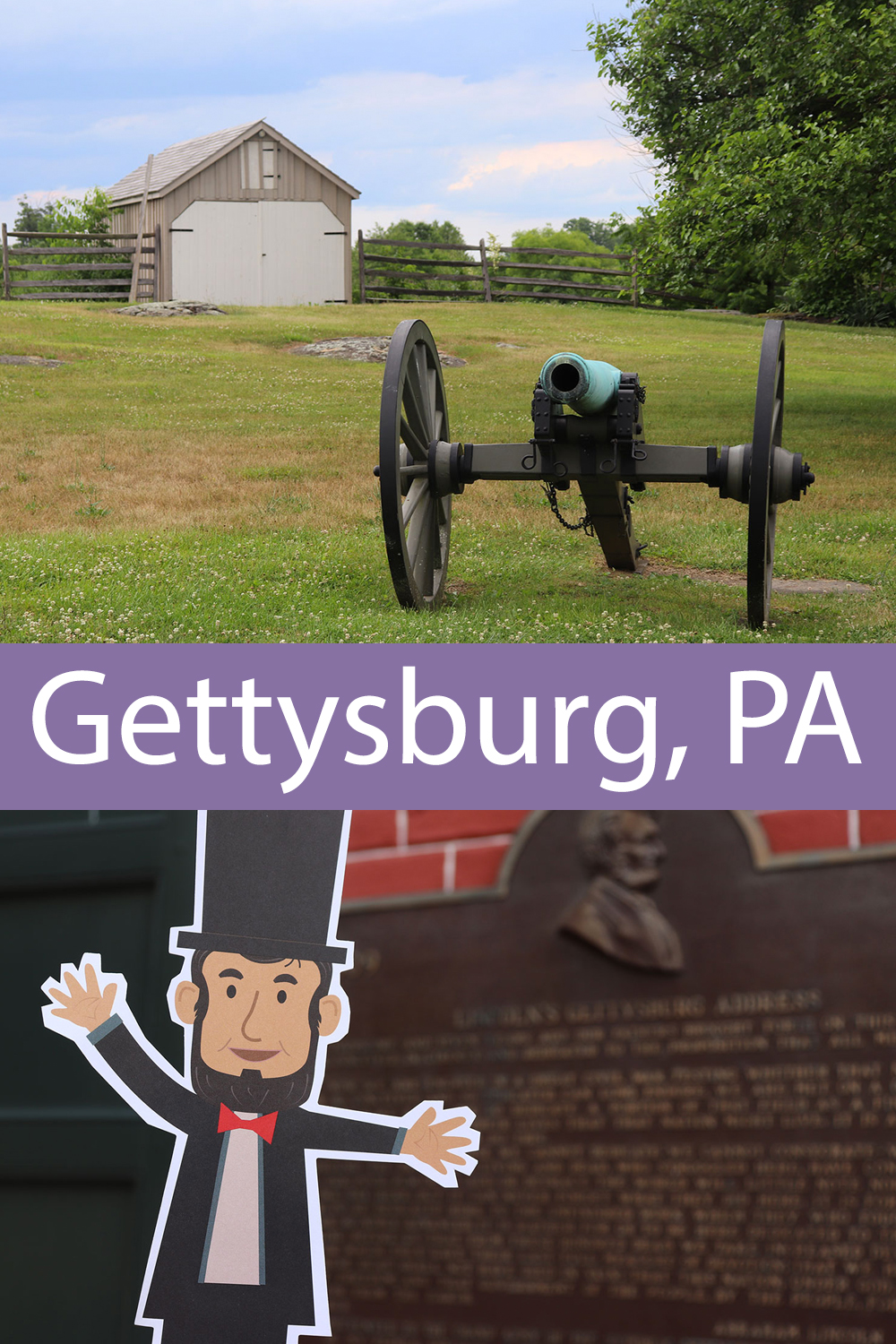